This is one of the hottest Star Wars fashion items on the market right now. The pics went viral when the swimsuit was first debuted by Black Milk clothing in 2010. Since then, fashionista nerds have been swimming in style. 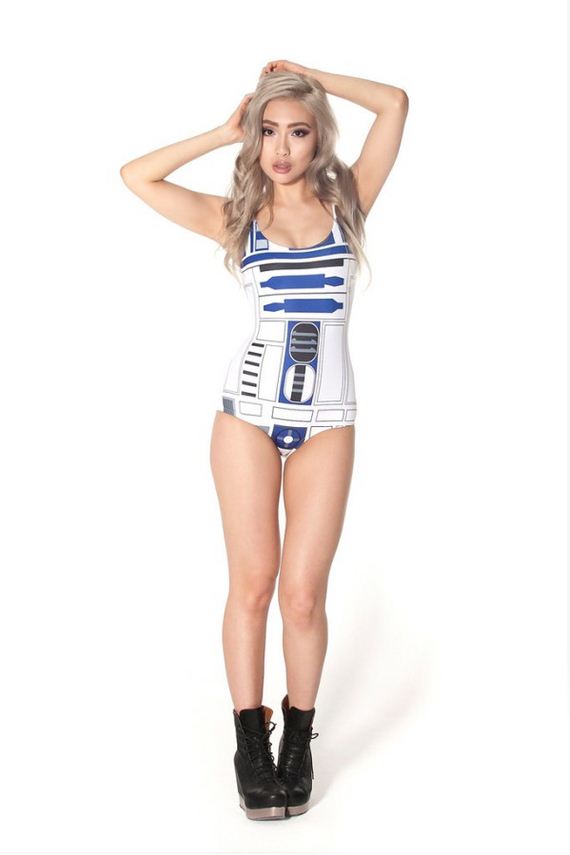 Do you like to keep Luke, Leia and Ben close to you at all times? These leggings featured at Geekologie are a stylish way to show the world which side you’re really on. Judgements be damned! 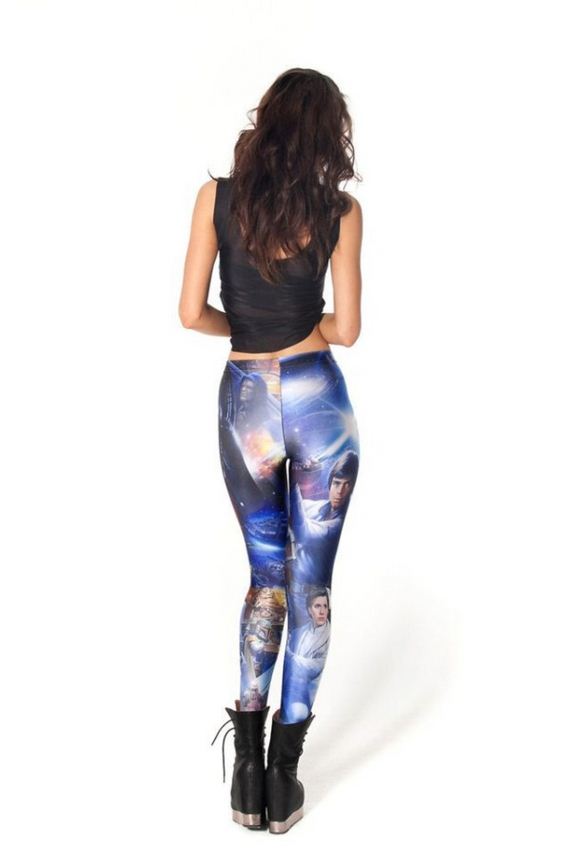 Sometimes you just need a touch of Star Wars obsession to your ensemble. These beautiful earrings by Think Geek make a great accessory and conversation piece and they are officially licensed by the Star Wars franchise. 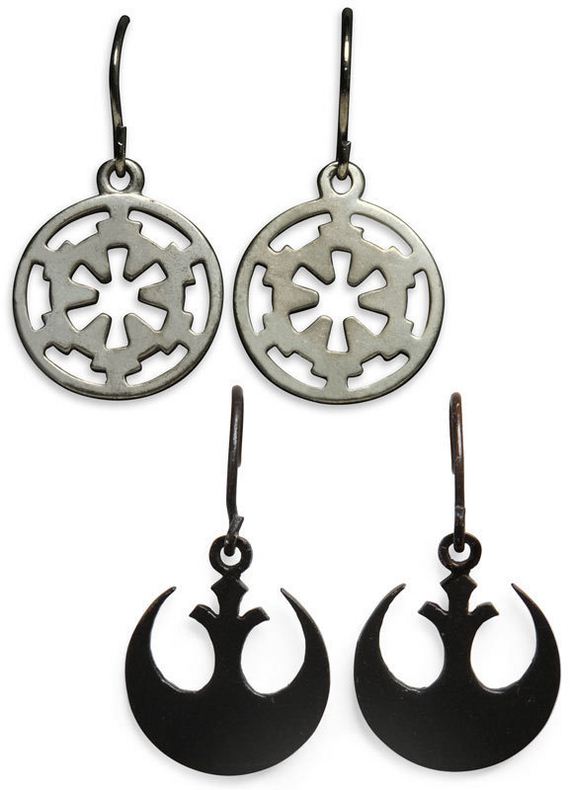 These beautifully hand painted Toms are available on Etsy by Shoe artist Kara Setkiewicz. If you’re into one of a kind Star Wars memerobilia, you really can’t go wrong with these shoes. 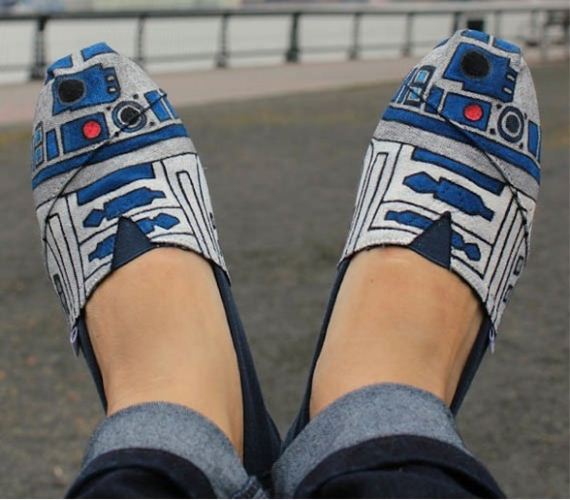 Storm troopers aren’t always in uniform. If you need something to wear on a night off from guarding the death star, try these babies out. These babies are made by the talented Liam Fahy and the design won him the Fashion Fringe Shoe Competition. 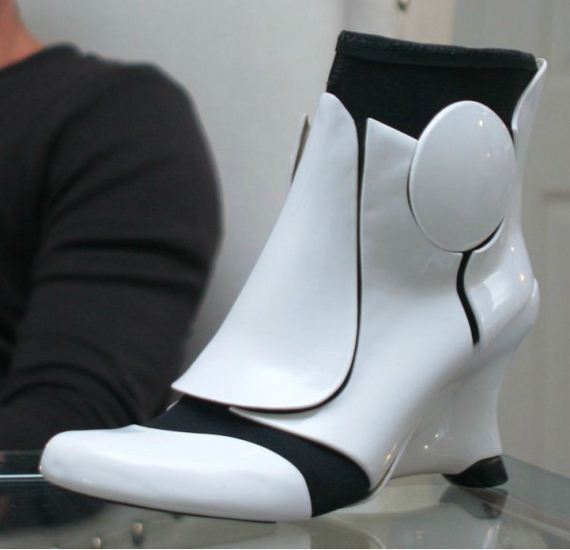 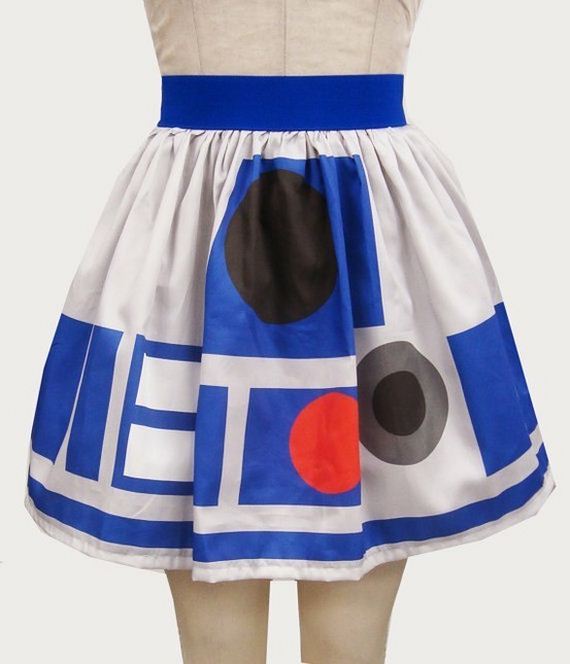 No matter what side of the force you’re on, becoming a Jedi master takes quite a while. So it may be a long time until you can use the force to dry yourself off. Until then, maybe you should invest in one of these bathrobes from the Star Wars shop. 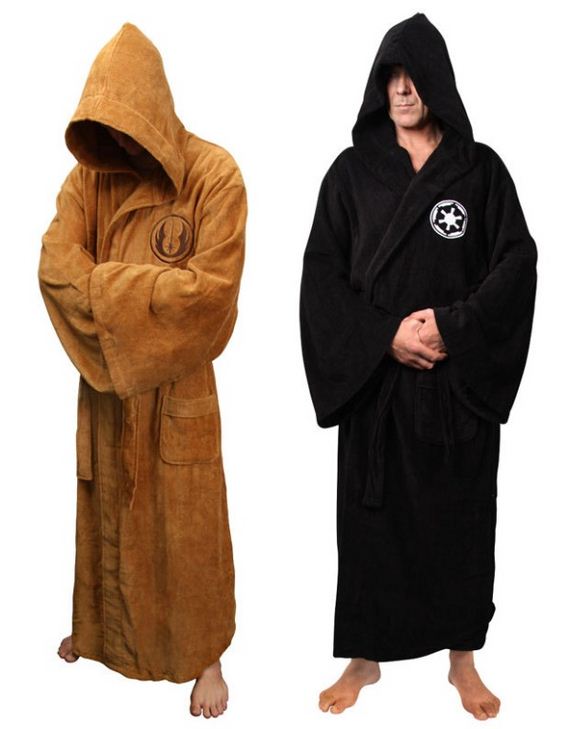 #8 Pajamas from the Dark Side

Darth Vader won’t appreciate you sleeping on the job. Recruit Jedi’s to the dark side even in your sleep with these awesome Star Wars pajamas from The Gap. 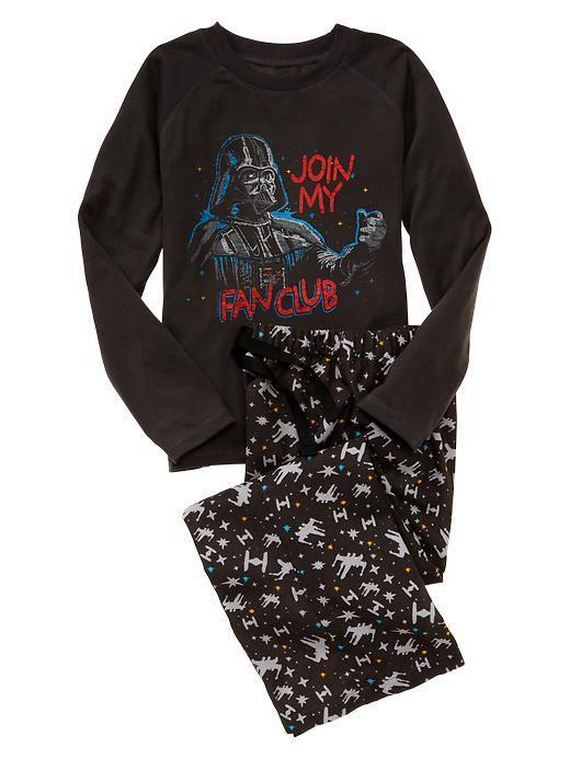 When you’re collecting intergalactic bounties you need the Bobba Fett hoodie. It’s made by Mad Engine and sold via Star Wars.com. All you need is a jet pack and you’ll be ready to fly. 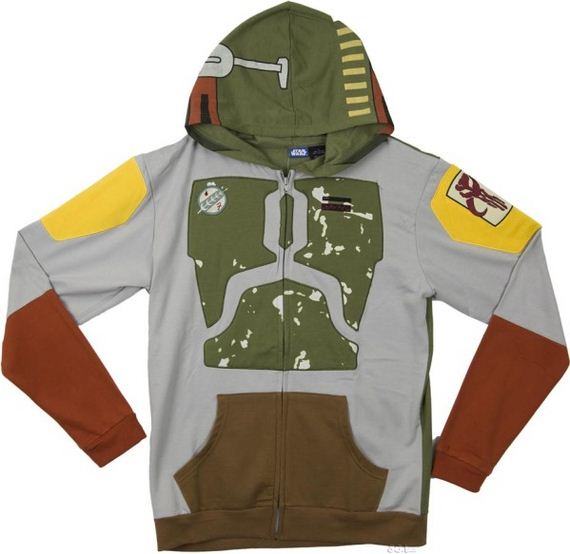 If you’re hoping that your kid’s first words will be “may the force be with you”, steer him in the right direction with the R2D2 onesie and cap. It’s on sale directly from Star Wars so you can give even more money to the franchise you love. 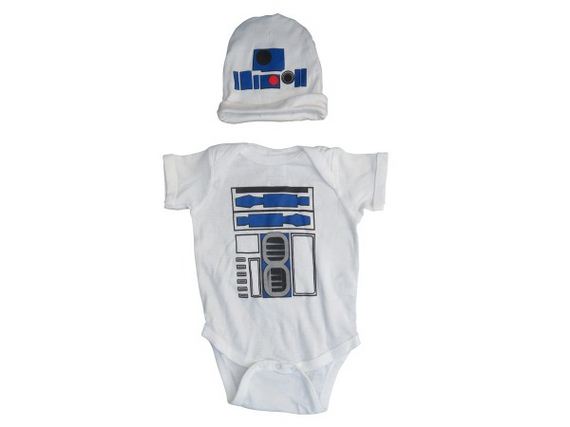 Have you always felt like you were the rebel alliance’s real hero? Nab Museum Replicas Limited’s official Luke Skywalker Yellow Ceremony Jacket and Medal. This is the first time this piece as been offered since IV, V and VI were originally out. Maybe you should keep it safe on a hanger. 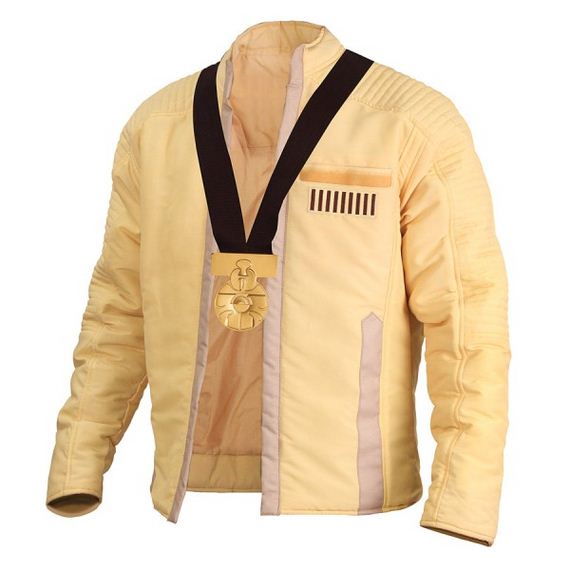 Have you always dreamed of flying alongside Luke and shooting down womp rats or blowing up the death star? Mark Ecko’s X-Wing jacket is all you need to fly in style. Pew! Pew! Pew! 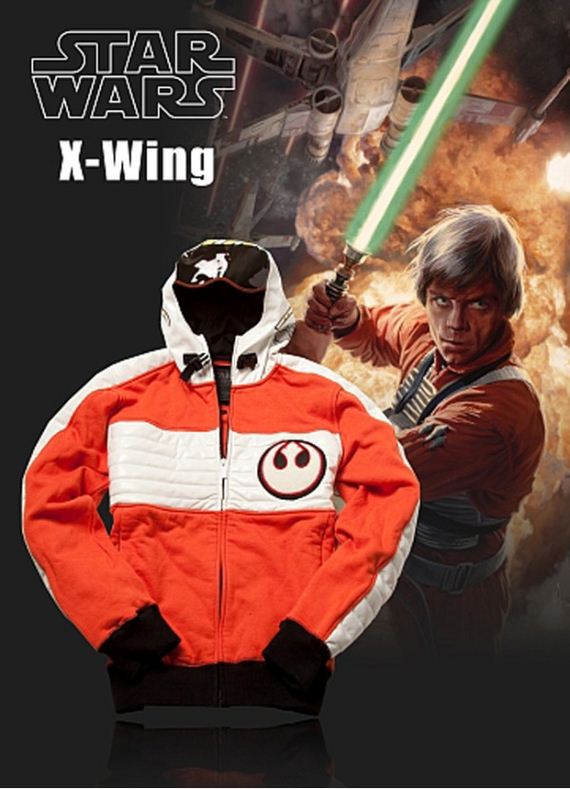 #13 The Dark Side Bomber Jacket

Not afraid to give in to anger? Want to let everyone know that you pull your power from the dark side of the force? Mark Ecko makes an awesome Star Wars jacket that doesn’t look like a costume at all, surprisingly. 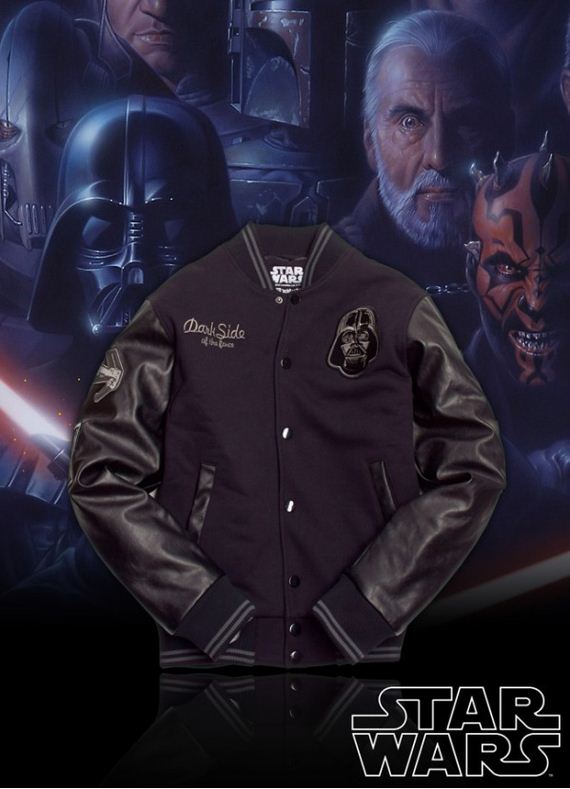 RRurrrgrrrah. That’s Chewbacca by the way. Now you too can be Chewbacca with the Chewbacca hoodie by Stylin Online. And because it’s furry, you’ll be warm and awesome. Or maybe just warm. 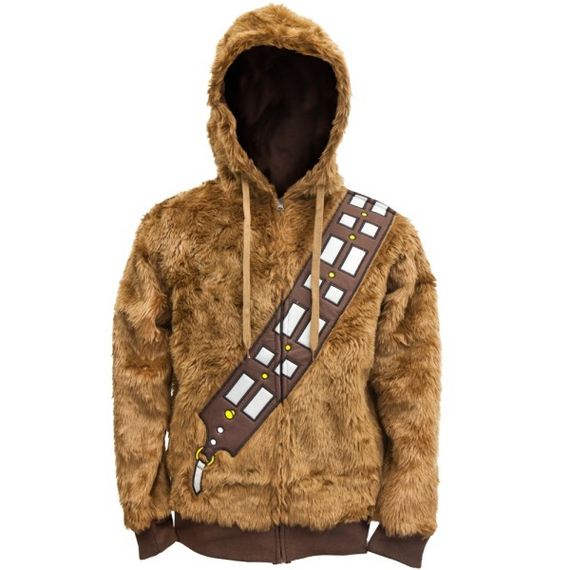 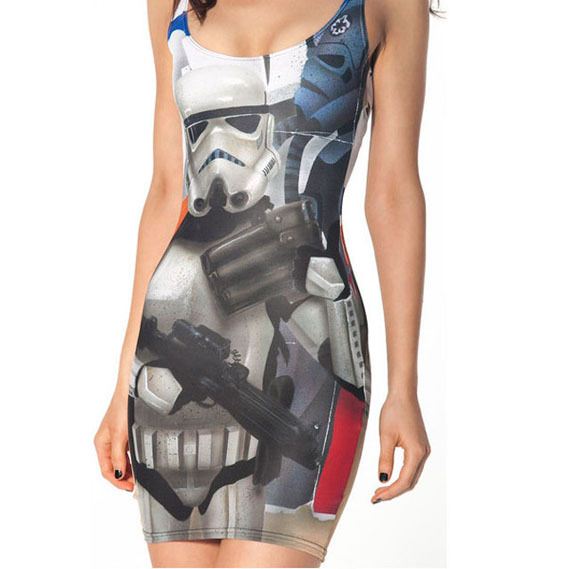