For a while, the term “cougar” seemed like it was just a joke, but after movies like Wedding Crashers and American Pie brought the term to life, it’s no laughing matter. Believe it or not, some men prefer older women in the bedroom, and YourTango has rounded up all the reasons why. 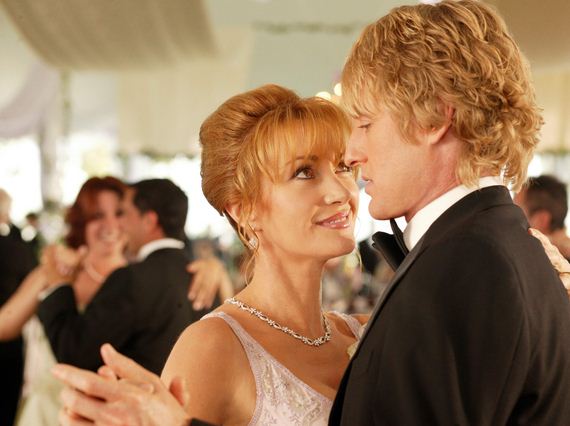 Learn why the cougar is hunted by so many men.

The younger man who has a sexual encounter with an older woman will remember it as some of the best sex of his life. The benefits will continue when the young man is ready for a relationship with a girl of his age. One result to having experienced sex with a cougar is the attraction may end up becoming his “type.” Once you’re with a cougar, you’ll be hard pressed to find a better tutor.

Here are ten reasons younger men say that their older lovers are sexually superior to their younger lovers:

1. It’s a numbers game. The age of a cougar age alone means many more years of experience with multiple partners. Before marriage, they may have had a few partners. After divorce, the notches on their bedposts may have gone up exponentially.

2. Older women have had lots of practice. Cougars have been in long term relationships and marriages, which have provided years of sexual experience with one partner. Those memories are implanted into the older woman’s brain, and whether good or bad have shaped her sexual expertise.

3. Older women know what they want. Their self-awareness comes from years of experience and communicating with sexual partners. They’ve tried different positions, techniques, and fetishes. They’ve self-pleasured themselves for many years, and aren’t afraid of communicating the stuff that really gets them purring. If the girl doesn’t know what she wants, it’s hard for the man to figure it out. Cougars know exactly what they want and which buttons the guy needs to press.

4. Cougars have learned what men want . . . and are eager to find out the specific desires of their current boyfriend. They’ve been taught by a variety of partners which positions and techniques turn men on. They ask questions and figure out what makes their man roar like the king of a lion’s den. What they don’t know, they will research in books, movies or on the Internet.

5. The older woman enjoys sex as much as her younger male partner without hidden agendas. They don’t have any delusions that they are going to hook this man into marriage and/or start a family. This takes the pressure off a man who just wants to have fun without obligations. This stress relief is a major reason sex is great with an older woman who’s not as needy or demanding.

6. Older women realize the importance of sex in a relationship. She may have been in a marriage where sex was withheld. She won’t use sex as a bargaining chip or to try to get something materialistic from the younger man. Cougars know the psychological and physical benefits to regular sex.

7. It’s flattering to the younger man that a hot older woman finds him desirable. It’s a challenge to be with an attractive, sexy older lady who is physically fit and keeps herself well groomed. She has the time to take care of herself since her children are older and less dependent.

8. Older women enjoy teaching their eager younger students. They know when to be dominant and submissive. The man senses this knowledge and power, which is very stimulating. The older woman will buy books, lingerie, sex toys, candles and wine to set the mood.

9. Older women have confidence in their bodies and sexual prowess. This is a huge turn on for men who may have been with young girls who are just learning the ropes. The younger girls may be self-conscious and uncomfortable talking dirty in bed. Older women are spontaneous and comfortable being naked.

10. Older women aren’t afraid of communicating. The younger man will know exactly where he stands with her. She won’t play mind games with her younger man by not answering her phone. She will approach a man in a bar and not wait for him to make the first move. She will indicate what she wants from the relationship. She will openly share her sexual needs and desires. She isn’t worried about losing the man if she expresses herself.