A Fine Art
Russian makeup artist Vadeem Andreev has been working in the fashion and television industries since 2005. His creativity and skill really shine through in his work. Just take a look at these incredible before and after shots! 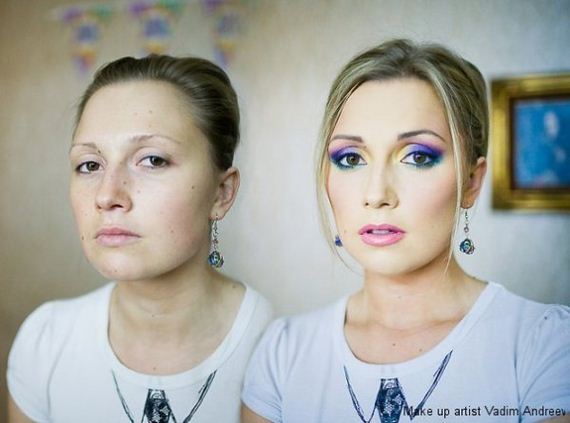 Eye Treatment
Vadim’s work on this woman’s eyes makes it seem like she means business! 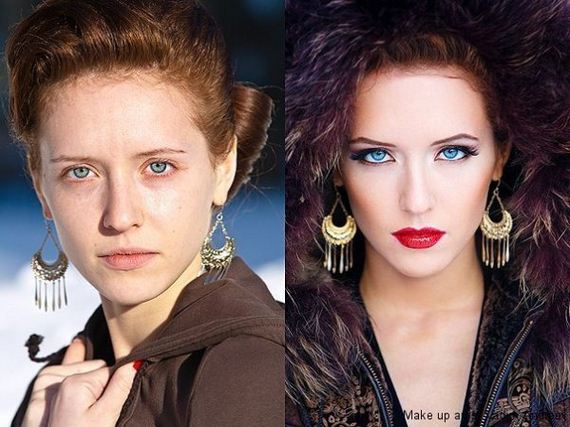 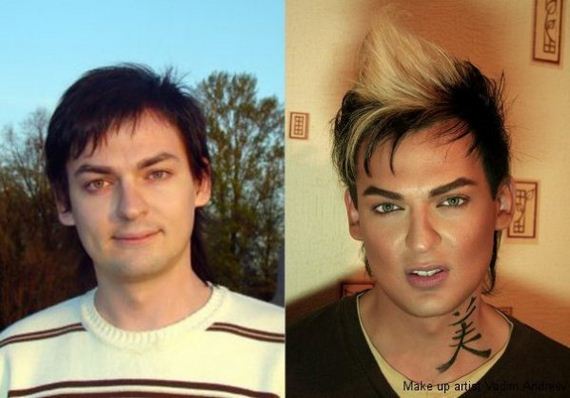 Ready for a Night on the Town
He also teaches his craft for those interested in learning his secrets. All you need is a ticket to Mother Russia! 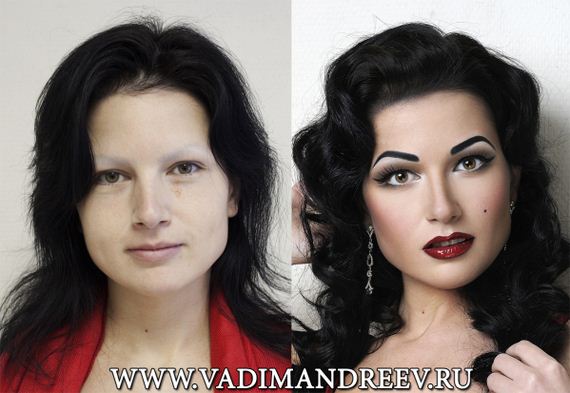 Mistress of the Dark
Okay, so she’s not exactly Elvira. But this model, completely unrecognizable from her before shot, is not someone we’d want bump into in a dark alley. 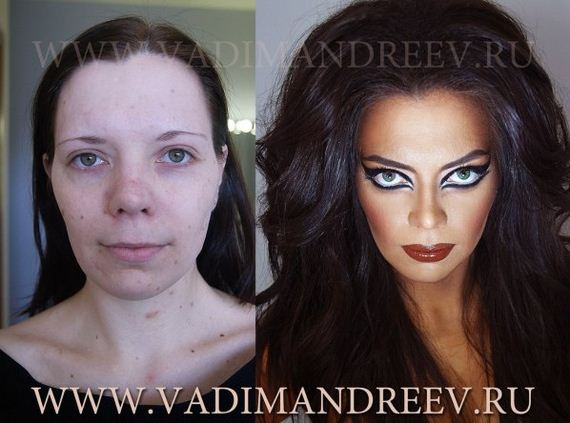 A Stunning Difference
It’s amazing what a few dashes of color can do, when applied just right. 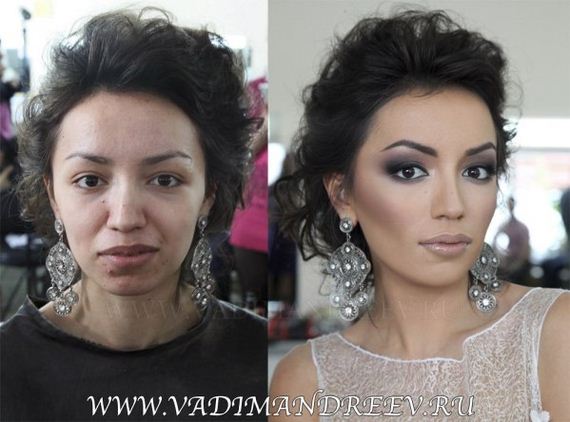 What A Difference
It really seems as if these are two completely different people. Just look at those eyes! 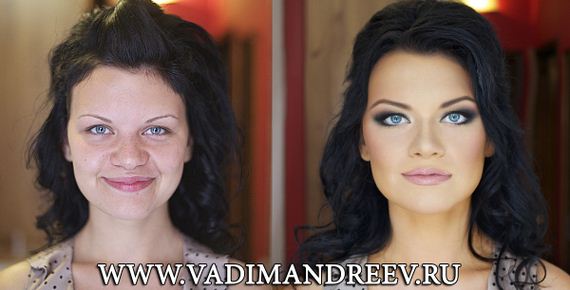 She’s Exotic!
You wouldn’t expect this look from her before photo, but after Vadim gets ahold of this model, she practically looks like Cher! 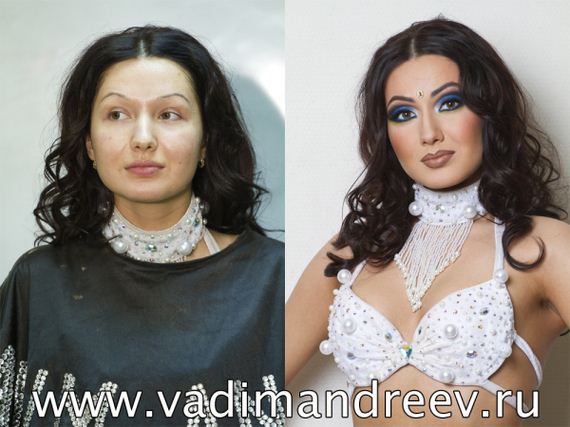 Bronze Ambition
It’s amazing what a little (read: a lot) of bronzer can do! 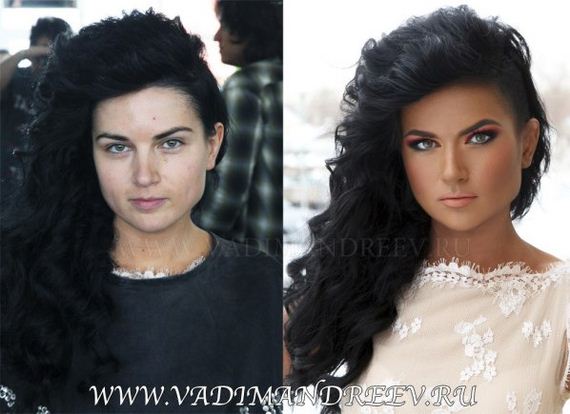 A Thing of Beauty
Vadim’s subtle use of color really makes this woman’s best features stand out. 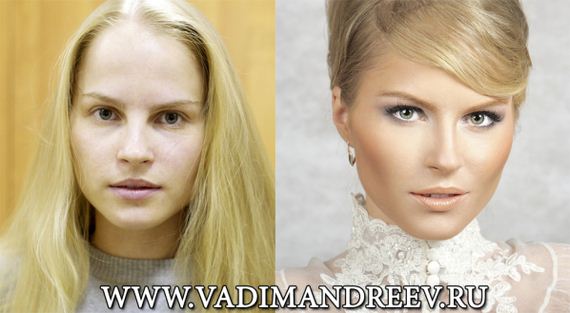 Belle of the Ball
She looks pretty tired in the before shot, but you’d never know it after Andreev has worked his magic. 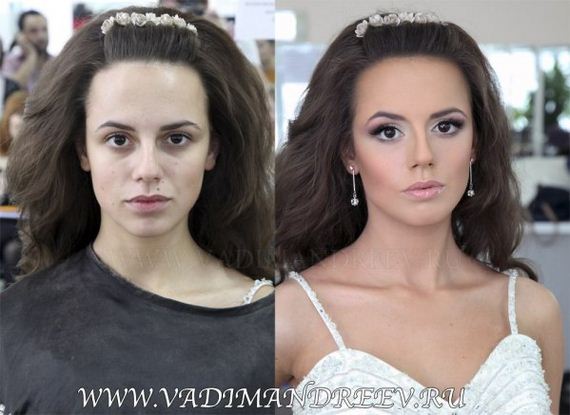 Cat Woman
They say changing your look can change your whole personality. These eyes clearly hold the power of persuasion. 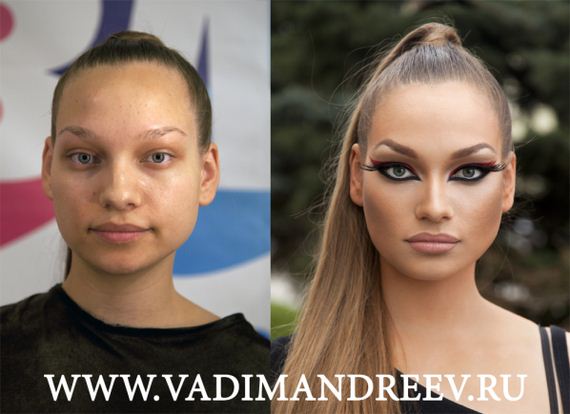 Total Makeover
Not that she needs it — she looks great without the makeup — but after Andreev works his magic, this model is out of this world! 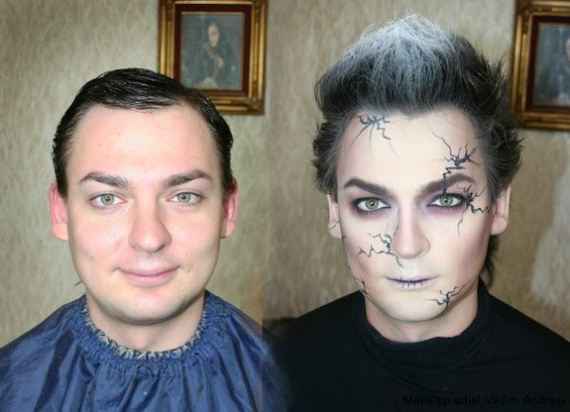 Subtle Changes
Vadim may be known for his wild, colorful work, but he’s also a master artist when it comes to bringing out someone’s natural beauty. 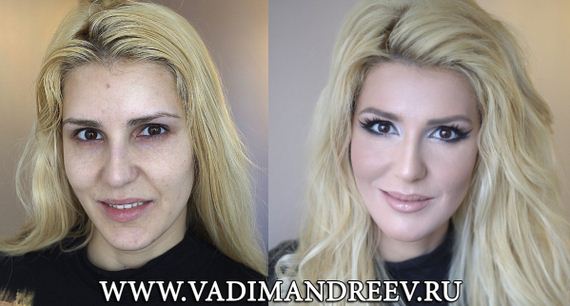 A Night on the Town
Andreev not only does makeup; he’s also an expert hairdresser. 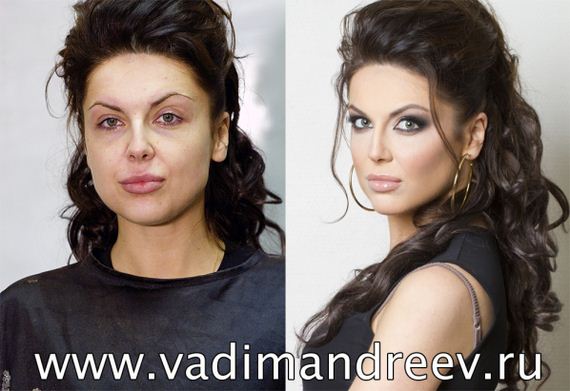 Wild Side
This conservative-looking girl is completely transformed. It looks like party time to us! 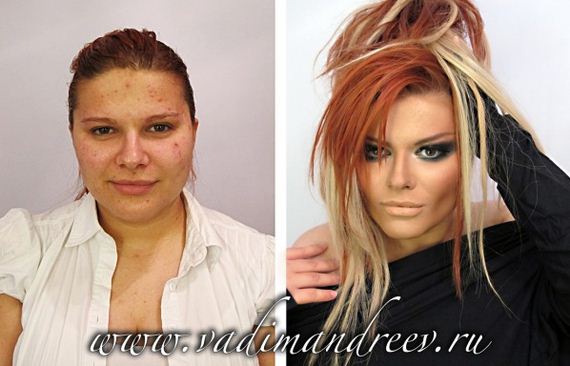 Simple Elegance
Here’s another example of Andreev’s ability to bring out that natural look: not too flashy, but stunning nonetheless. 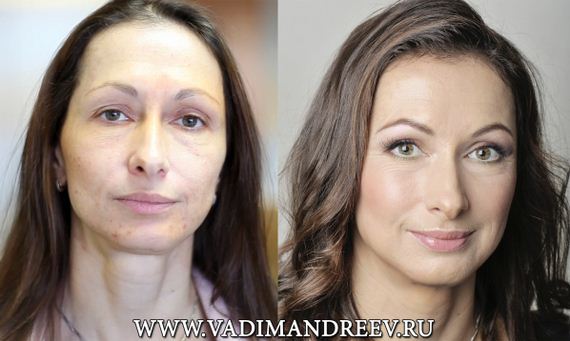 A Glamorous Glow
It’s hard to tell if she’s wearing colored contacts or not, but no matter. Her lashes and eye shadow look stunning either way! 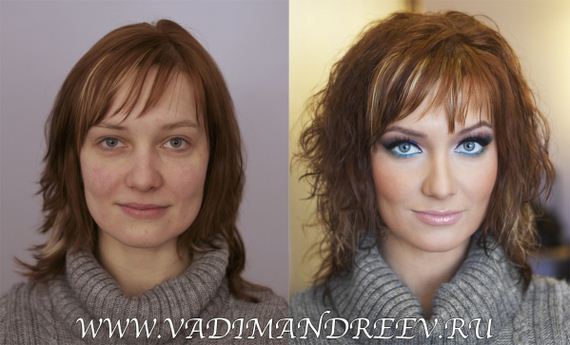 Photo Finish
Vadim adds just the right accents to this lady’s cheekbones, and her eyeshadow seems to change the shape of her face altogether.

The Work of a Master
Here’s yet another fine example of a model’s complete transformation at the hands of an expert. 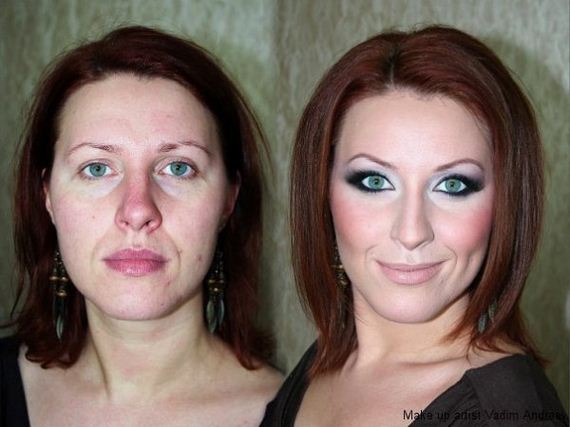 Can You Say Fabulous?
Vadim has also worked on ad campaigns for major international companies such as Converse and the Daily Mail. 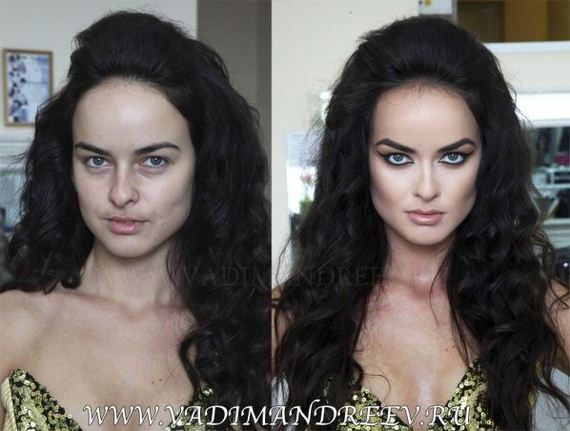 Magazine Material
This after shot looks like it was ripped from the pages of a glossy periodical. 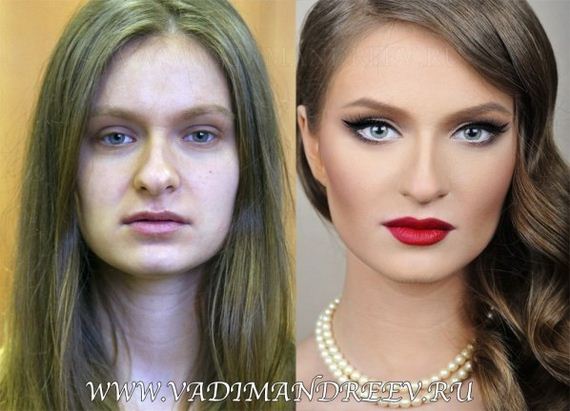 Metamorphosis
This girl looks like a million bucks once Andreev is finished. 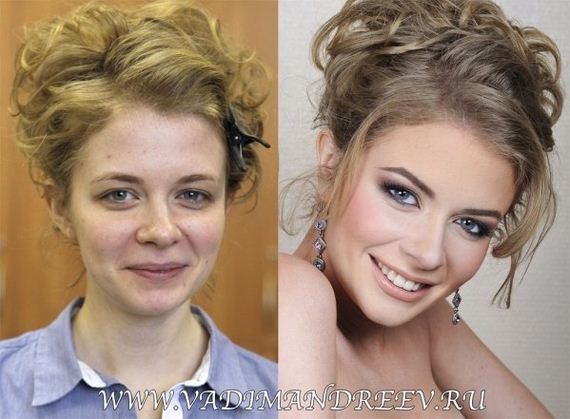 Knockout
She already looks great without any makeup, but these after shots really knock it out of the park!