Celebs Then Vs Now

The Cyrus Family
Point well made. . . A bit of wildness runs in the blood AND dad’s got nothing on Miley.. 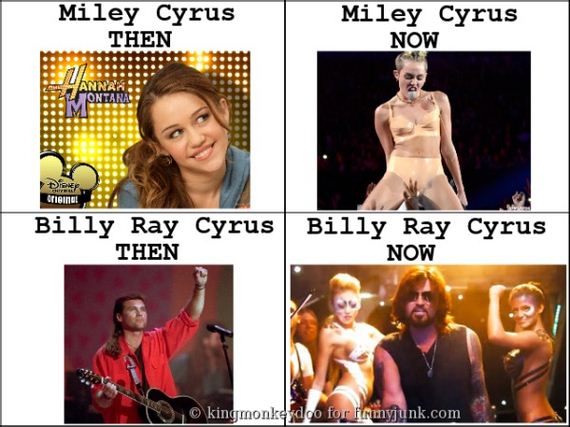 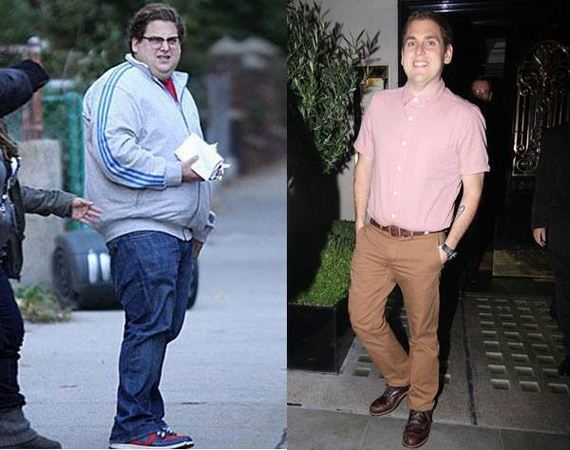 Boy George
We almost don’t recognise the British singer-songwriter of the English New Romantics during the 80s. After bouts of drug and alcohol addiction he’s looking a bit rough these days. 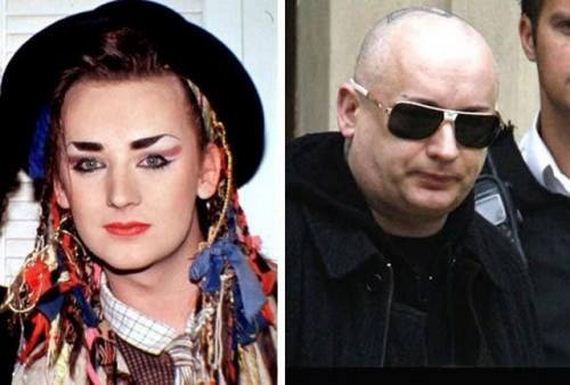 Madonna
Let’s hope that’s the evil job of Photoshop in the the Material Girl’s NOW pic, OR perhaps it’s Photoshop that’s been in her recent glossy editorial pics? We’re confused.. 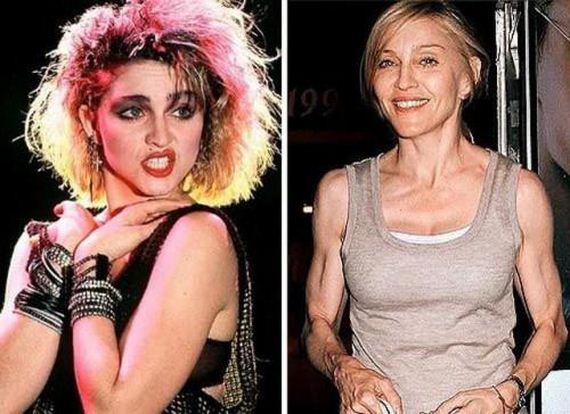 Ke$ha
Oh no say it isn’t true Ke$ha’s? The singer-songwriter and rapper is looking healthy these days, but perhaps TOO healthy?

Demi Moore
Demi has hit middle age. What’s that saying? What nature takes away in looks, it gives back in wisdom. . . Still, it’s dang cruel. 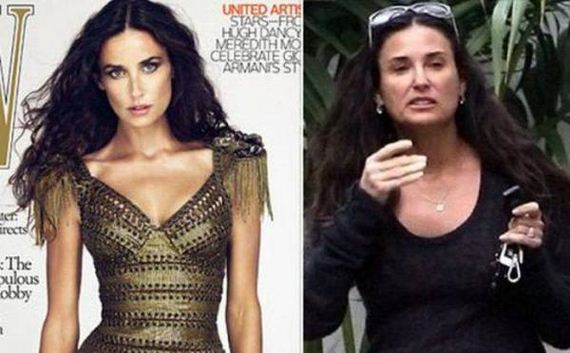 Matt Leblanc
He’ll always be known as Joey Tribbiani on ‘Friends’. . . Who’s that other guy? 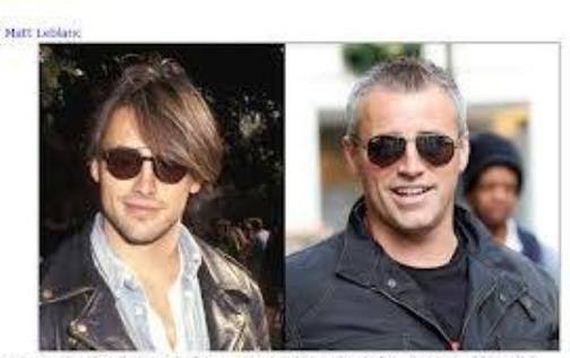 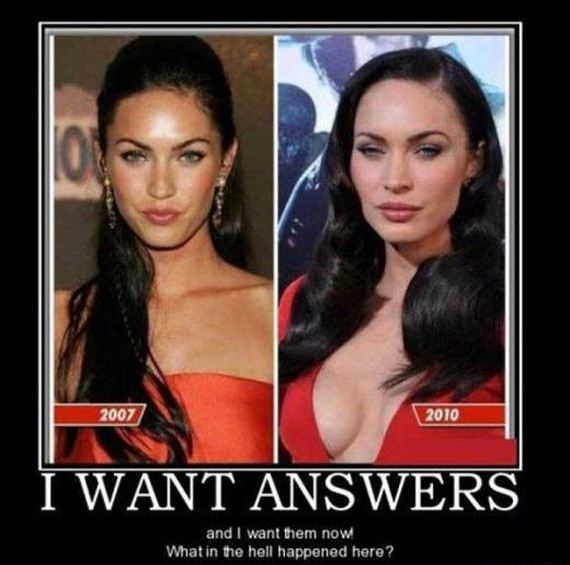 Pierce Brosnan
James Bond, has retired and appears to have gotten super comfortable in his skin.. 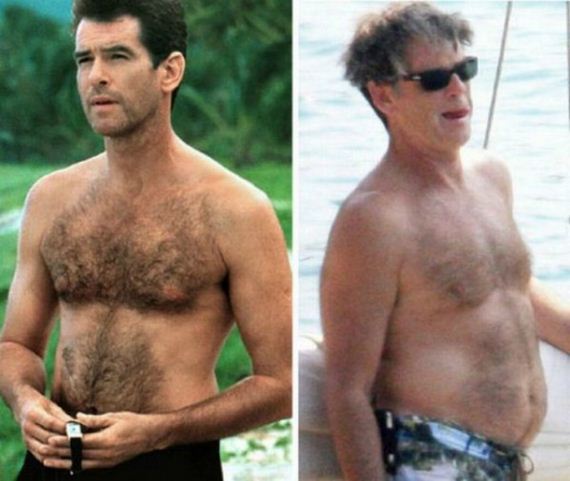 Axl Rose
The rocker was looking like a stranger after having plastic surgery, but he’s much better now. Still too bad the hands of time can’t be turn back.. 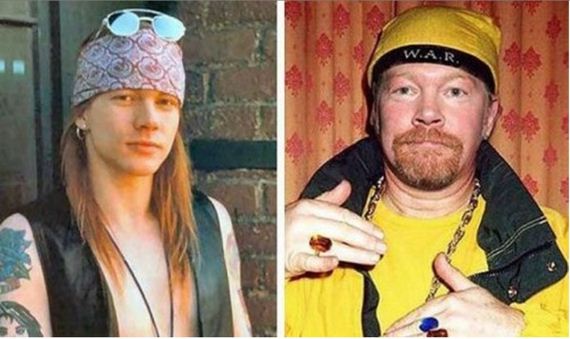 Tags Celebs Now Then VS