Beyonce – The Woman Who Changed The Face Of Feminism 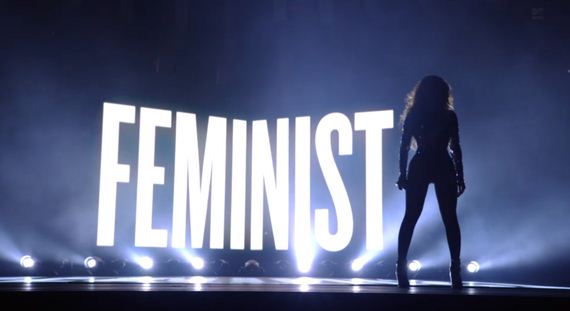 Feminism used to get a lot of bad rep. People used to associate it with man hating and bra-burning, and hairy armpits. There’s still a lot of people who are confused about what feminism is. The main problem, in my opinion, in that feminism needed a modern day hero, a role-model we could look up to, or relate to. Someone who would be popular and famous, someone people would look up to, who could proudly say they’re a feminist. Finally the time has come and a lot of people like that are emerging. There are writers, actors and celebrities that identify as feminists but it seemed like even though they’re very popular, they still are limited to their following and that’s not enough to get the world out for the whole world to hear. 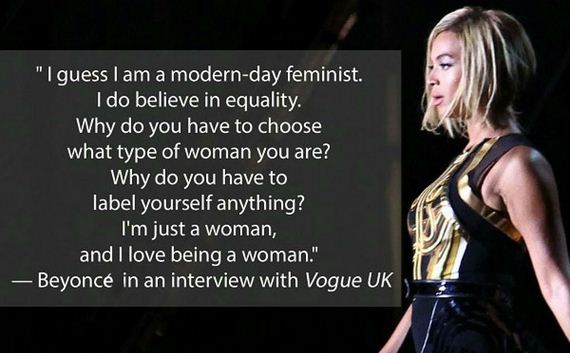 That’s where Beyonce comes in and saves the day. The brilliant thing about Beyonce is that she’s mega-famous. You would really have to struggle to find a person who hasn’t at least heard of Beyonce. Her music is popular, it’s catchy and it’s there to stay. So she did a brilliant thing and released a self-titled album “Beyonce” that pretty much made her the world renowned feminist icon. 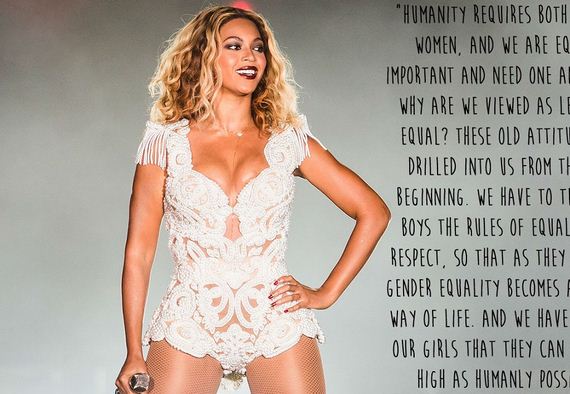 Beyonce always seemed like a bit of a feminist and the views and opinions she expressed sounded like she was all about equality, but the words “feminist” and “feminism” were rarely mentioned. There’s nothing wrong with that, she was just quietly (well, as quietly as you can when you’re mega-famous) doing the right thing. With the release of her latest album she took that extra step and proclaimed to the world that she’s a feminist and it’s a great. She made feminism her main message and all the feminists in the world are very grateful to her for doing that. She now proudly performs on stage in front of a huge sign that says “FEMINIST” and it’s glorious. But it’s not just an empty word. Her songs, pretty much every single song on her self-titled album “Beyonce” has a feminism theme running through it. 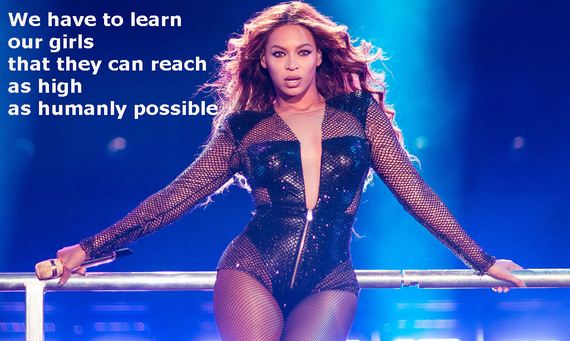 All of the songs on the album are brilliant and you should definitely listen to the whole album if you haven’t already (it’s been out for ages, do you live under a rock?).

The song “Flawless” is particularly amazing in that respect. Let’s quote some of it, shall we?
“I know when you were little girls
You dreamt of being in my world
Don’t forget it, don’t forget it
Respect that, bow down bitches (Crown!)
I took some time to live my life
But don’t think I’m just his little wife
Don’t get it twisted, get it twisted
This my shit, bow down bitches”

Not only is this song incredibly catchy, but it also explores the theme of fame and marriage and career. In just a few lines Beyonce managed to express that just because she’s famous, it doesn’t mean she’s not allowed to take some personal time off. And just cause she got married and had a baby doesn’t mean she’s just a wife and mother, she’s still a badass woman who has an incredible career and you should respect that. Hopefully, the fact that she’s married will also make people reconsider their false accusations of feminist hating men. Cause clearly, we don’t. She’s really a wonderful example of how you CAN have it all. You don’t have to choose between having a family or a career, you can do both and more. Beyonce managed to get married, have a baby, get back into amazing shape, write a new album and shoot a video for each song, then release it without any PR and still sell a million copies in a week (all that under the scrutiny of media). So, ladies, we all should take a leaf out of her book and remember that if you really want something, you can do it all, no excuses. 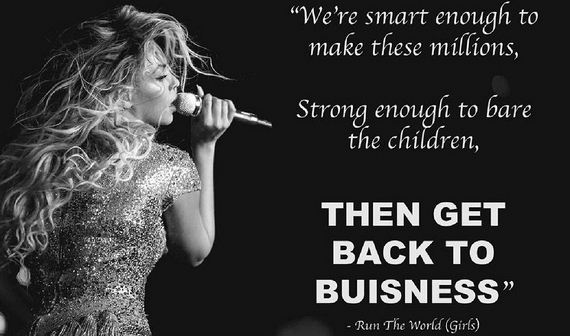 Another wonderful thing Beyonce did in this song is include the extract of a TEDx talk by Chimamanda Ngozi Adichie where she talks about feminism. That was a brilliant idea, because TEDx talks don’t get nearly enough publicity, and including this extract in Beyonce’s song really shared the message with an enormous audience. There is really no way to make the message more clear than that, so let’s just quote it:

“We teach girls to shrink themselves
To make themselves smaller
We say to girls,
“You can have ambition
But not too much
You should aim to be successful
But not too successful
Otherwise you will threaten the man.”
Because I am female
I am expected to aspire to marriage
I am expected to make my life choices
Always keeping in mind that
Marriage is the most important
Now marriage can be a source of
Joy and love and mutual support
But why do we teach girls to aspire to marriage
And we don’t teach boys the same?
We raise girls to see each other as competitors
Not for jobs or for accomplishments
Which I think can be a good thing
But for the attention of men
We teach girls that they cannot be sexual beings
In the way that boys are
Feminist: the person who believes in the social
Political, and economic equality of the sexes”

Previous Coachella 2015 Trends, Looks and Most Memorable Moments
Next Get The Scoop On ‘EMPIRE’ Cast