Staff Reactions to Drake’s “How About Now” (Leak) 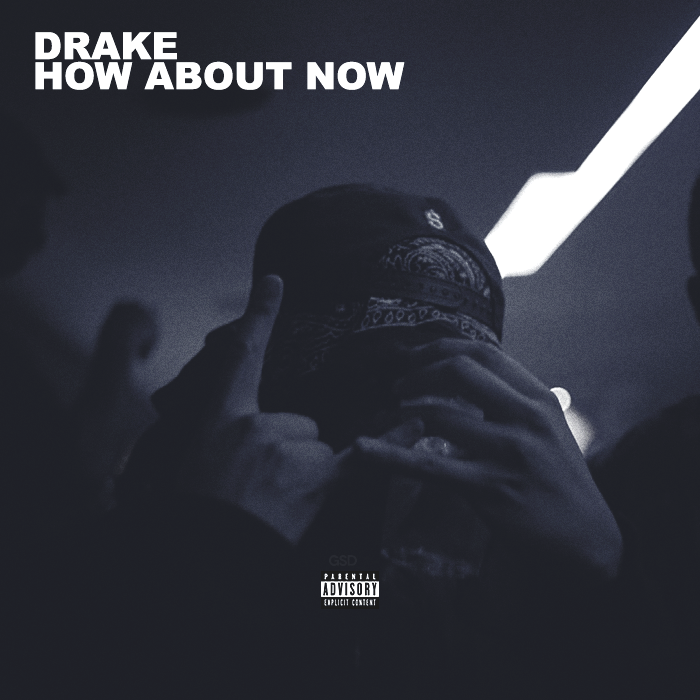 Somehow, it seems, a high schooler from Georgia put Drake’s “How About Now” leak up on Soundcloud and of course we had to weigh in.

Drake has steadily been releasing music this year with no album out to keep his name in our mouths, but he’s also been hinting at new work and a new record called Views From The 6. To say the anticipation is high is an understatement, since, Drizzy has been on an award tour with his last two efforts and — if you let the Internet tell it— his fall off is imminent. How is anyone’s guess. He’s not only had two of the best records of the year in “0 – 100” and “Draft Day” but he’s hosted the ESPYs, warmed up with the Kentucky Wildcats, and (allegedly) sent goons to a young ladies house in a fit of damage control.

Arguably, he’s had just as good a year in 2014, the so-called worst year in Rap of at least this decade, as he did last year, and he did it by just throwing out loosies to the ravenous masses. His run right now seems Herculean, though, and as Jay once quipped, people are starting to ask how long can it last. Well, we finally get an idea with this seemingly delivered by sweet baby jesus gift (some call it a leak but we’re grownups) of new music out of the Toronto emcee and we just had to weigh in. And, by we, we mean our Features intern Paperham Lincoln, our Editor-in-Chief Justin Hunte, and myself, Andre Grant.

Is “How About Now” Any Good?

PapehamLincoln: For the “Drake Care” fans, this is like splashing cold water on your face after finishing a marathon in the Mojave. This one really brought the first feel-good Drake flow in at least a year, and hopefully it’s his gracious exit from the trendy “Tuesdays” and “2 Ons”. Welcome back to the perfect amount of soul-infused spacy production layered with relatable lyrical content that sticks. Timelessness is a rarity the great musician is in constant pursuit of. This three-pointer left his hands in perfect form, let’s see if he can drain it. If anything can be considered a classic in the realm of singles, “How About Now,” gives quite a compelling argument in a sea of Migos flows and Mustard beats.

Deep down inside, the most simplistic of simps love to stunt on an an ex who isn’t finding happiness, success, or baller levels of achievement said person has gained for simp-self. It may be inappropriate, but smiles are cracked across the country as listeners are sure to vividly picture their favorite ex living the bummy life as you bask in your achievements over the refreshing crawl of Boi-1da’s production. Seriously, it’s so gratifying (feelings still lingering or not). The best part about it, you can hit them with the humble-brag manner and still maintain a classy vibe, like hoppin’ out the Tesla with some Umbros on. Who doesn’t appreciate intelligently designed, well-masked disrespect? The latenight leak of this track lead to post removals with a swiftness, but stunt on ’em Drizzy, and stunt on ’em over the kind of music we all appreciate you for. If this track is visible from The 6, consider me excited to survey the whole scene.

Andre: I’ll just come out and say it: all Drake songs are starting to sound blissfully the same. I’ve never said that statement with less animosity, and Drake has settled into this groove where whatever he and maker of snowy, downtempo lust-hop “40” co-create with someone like say, Boi-1da for example,  settle like honey at the bottom of your tea cup. What we’re watching is absurd. Like a Ken Griffey Jr. swing or a post 91’ MJ jump shot, Drake is at the pinnacle of his musical aptitude, and the result is an easy looking glide over the top of pop culture.

I like the song, but it doesn’t blow my mind the way Ye´actively tries to or gives me easy life lessons the way Jay’s bars do or flat out inspire the way Kendrick does. All it does is make me feel like someone out there understands the minutiae of my mundane, everyday interactions. It’s the kind of song that’s already in a Starbucks playlist somewhere, and of course it is. His knowledge of spiteful, puerile relationships is approaching the supernatural. Whatever the case, Views From The 6 — if that is where this is from — will be legendary, easy listening rap that will flood your TL with quotes and your instagram with quote-photos. His genius is in his embrace of the perfectly banal shit that sludges your life: an ex on the limp, a quibbling sidepiece, a frenemy in your circle. Nothing that’ll get you killed, but stuff you have to watch out of the corner of your eye. And I’m now interested in the album, though — if everything is like this — I’d have forgotten about it in a month.

Justin: One day far in the future when Drake inevitably ends up as that artist making that music that everyone says isn’t as good as his old shit, “How About Now” will be one of those songs people wish he still made.

Drake’s latest pillow-slaps like the Aubrey all the ladies love and all the homies love to hate until that night a week after they fell out with their lady and call their homies like, “Dawg, I don’t really fluck with Drake like that, but he be on-point sometimes, know what I’m sayin?” Random trips down relationship memory lane: Check. Keith Sweat-ish crooning and 90s R&B mood music: Check. “How About Now” fits perfectly on Take Care and to a slightly lesser degree, Thank Me Later. It feels old, if not old and busted, way too soon to be vintage. Hell, he even opens with another voicemail message aptly bringing the aesthetic all the way home. Translation: “THIS IS A REALLY SAD SONG AND YES, I’M REALLY SAD!”

For better and worse, this is quintessential Drizzy — the one that’ll call up an ex-girlfriend to tell them they deserve better than her new boo—only this time it’s her fault and he revels in mashing his success in her mug. “You thought the little effort you put in was enough, girl,” he kinda raps on the “How About Now’s” sap-tastic hook. “Cause I’m up right now. And you suck right now.” There there, Drizzy. There, there.

Tags Drake How About Now Leak

Previous Apple’s iOS 8.1 Is Out Now
Next 8 Weird US Sex Laws