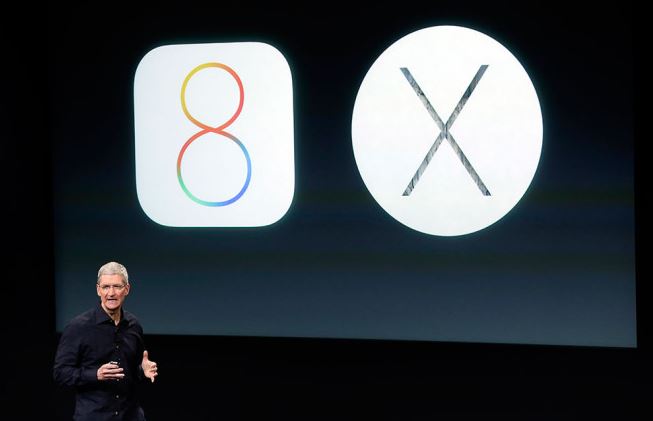 Apple launched iOS 8 with some major features absent. Some were meant to work with the company’s yet-to-be-released desktop OS, Yosemite. Others were presumably still being fine-tuned. Now, with the official release of iOS 8.1, Apple is finally bringing these holdouts to its mobile platform.

First, some caveats. You’ll need to have OS X Yosemite installed to take advantage of some of these features. Others require a device with Touch ID, so an iPhone 5s or higher, or a new iPad Air 2 or third generation iPad mini. If you meet those requirements, here’s what to look forward to with the free iOS 8.1 download.

You add a card to Apple Pay by taking a picture of it. After verification from your bank, the card is added to Passbook, where you can access it for future purchases using an iPhone 6 or 6 Plus. Owners can quickly open their card Passbook to use in retail stores and pay by tapping their phone at NFC payment terminals. A finger confirmation to your Touch ID sensor completes the purchase.

There are hundreds of apps and retailers already ready for Apple Pay, including Nike, Petco, Whole Foods, and Bloomingdale’s. But Apple expects most Apple Pay usage to come on the digital front at first, through in-app purchases from titles like Instacart, AirBnB, and StubHub. Since they have Touch ID on their devices, iPhone 5s and new iPad owners will also be able to take advantage of the in-app purchases of Apple Pay.

No Wi-Fi connection? Not a problem with Instant Hotspot. Instant Hotspot lets your Mac remotely access your iPhone’s personal hotspot automatically if they’re located near one another. Your iPhone appears as a network in your Mac’s Wi-Fi dropdown menu, so you can connect to it with a tap. Once connected, your Mac displays your phone’s battery life and signal strength at the top of the Wi-Fi menu. Hotspot also automatically disconnects when you quit browsing.

Unfortunately, this feature doesn’t work for iOS users on some carriers. If your plan doesn’t allow tethering, you will get a message saying you should visit your carrier to turn on this hotspot feature.

Apple’s iCloud Photo Library will be available starting as a beta in iOS 8.1. It looks and functions similarly to the Photo app on iOS, except it’s available for the browser through iCloud.com. If you didn’t already switch it on when you downloaded iOS 8, you can enable access by going into your device settings and navigating to iCloud > Photos. As it’s still a beta, you’ll want to back up your photos before enabling the feature.

Previously, Photo Stream, Apple’s free cloud-based photo storage, only stored your last 1,000 photos for 30 days. iCloud Photo Library is different. It stores as much as you want, granted you’ve got that much space in iCloud. Thus, all photos uploaded to iCloud Photo Library will count towards your iCloud storage. Upgrade pricing is listed here, with options ranging from $0.99 for 20 GB of storage to $20 for 1 TB of iCloud storage. You can upgrade your storage level right on your iOS device.

If you’re not interested in online storage and also not happy with the Photo Stream version in iOS 8, Apple is bringing back the option of Camera Roll in 8.1.

With iOS 8.1, another Continuity feature, SMS Relay, gets the green light. SMS Relay lets you send and receive SMS messages on either your iOS device or your Mac (given your Mac is running OS X Yosemite). This means you can chat with your friends and family regardless of the Apple device you and your family and friends are using.