In the Dystopian fantasy film, the city of Chicago is divided into factions each represented by a different colour.
But despite her character Tris being Dauntless, Shailene Woodley opted for the Erudite shade of blue for red carpet outfit at the European premiere of Divergent in London.
Still the actress looked stunning in the long backless gown with a lace neckline as she waved to fans gathered at Odeon Cinema on Leicester Square.
Shailene added some gold jewellery which brightened her outfit, thanks to a simple pendant necklace and arm bracelet.
Divergent author Veronica Roth was also in attendance, wearing an off-the-shoulder LBD with matching pumps and clutch bag.
It is her three novels that have formed the foundation for this latest young adult fantasy film franchise, which tells the story of a futuristic society which sees its population divided into five distinct factions based on their personalities.
However, some members like Beatrice ‘Tris’ Prior find that they are not so easily categorised into one faction and so she finds herself on a mission to reveal the truth and prevent further destruction to the world that they know.
Woodley embarced her co-star Kate Winslet on the red carpet, who showed off her hourglass figure in a black strapless gown.
The Oscar-winning actress who recently gave birth to her third child Bear with husband Ned RocknRoll – simply glowed at the premiere, and looked happy to see her co-stars despite their characters being enemies on screen. 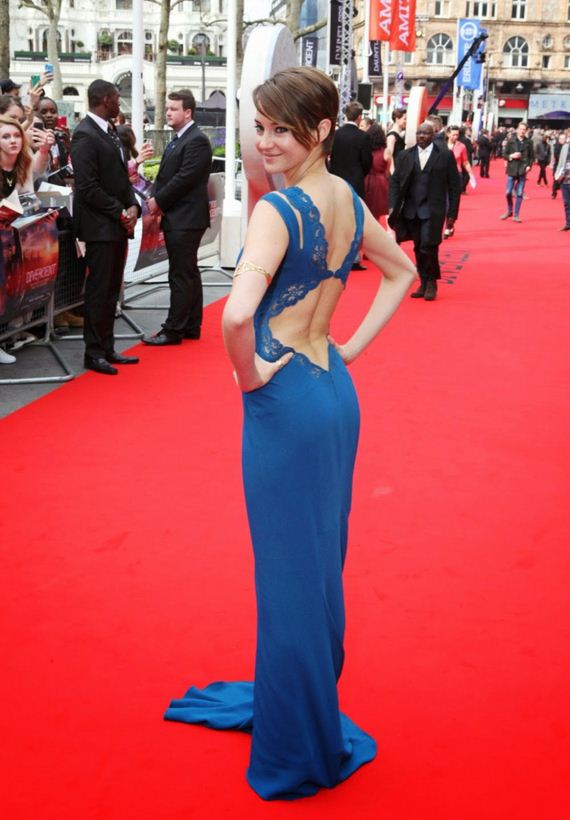 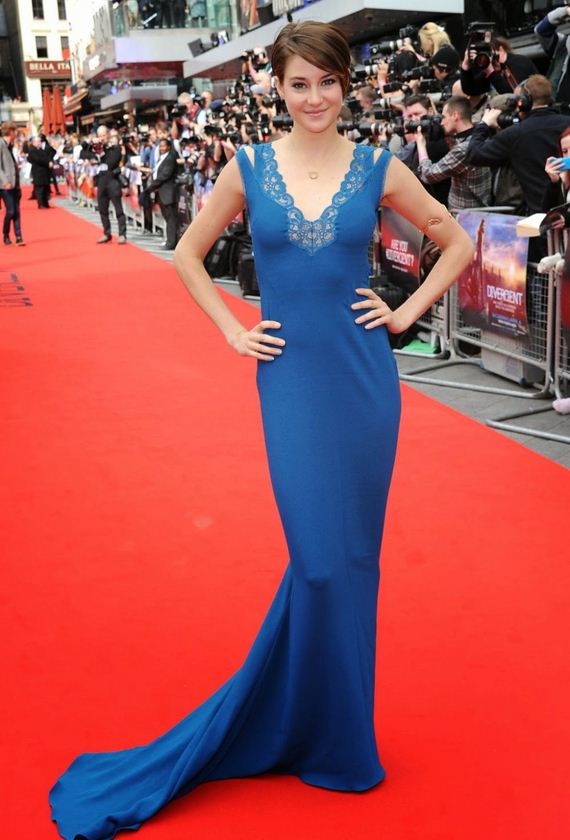 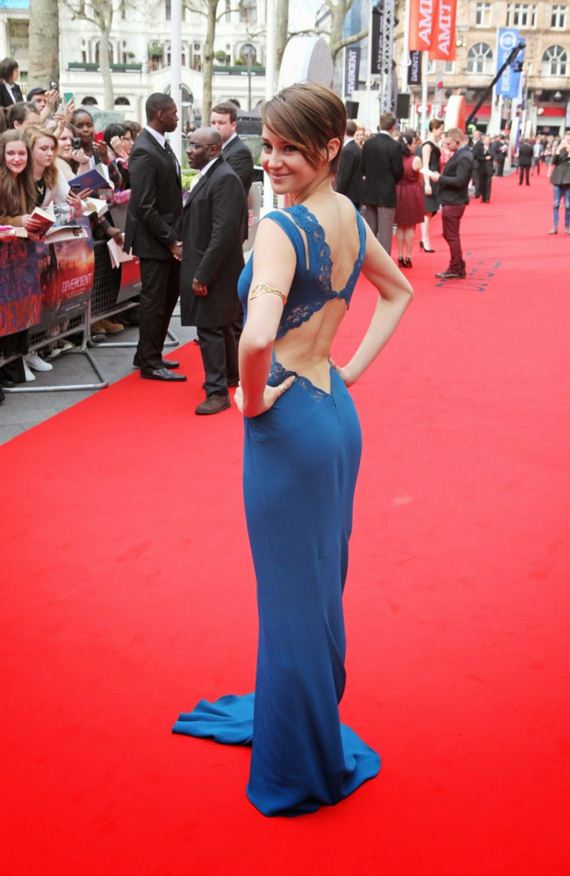 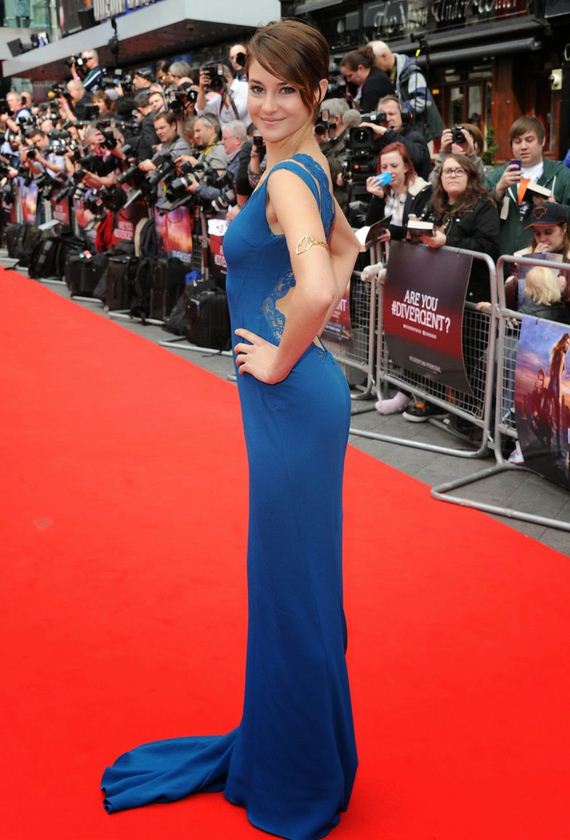 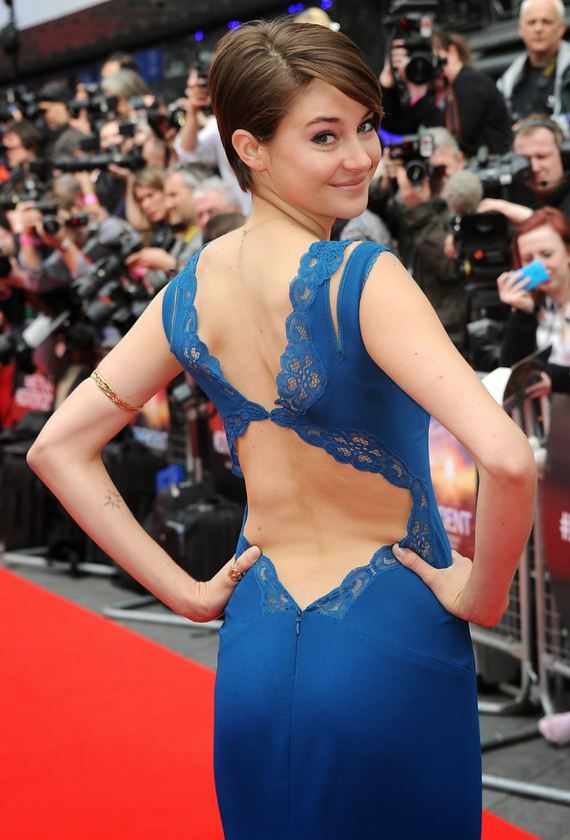 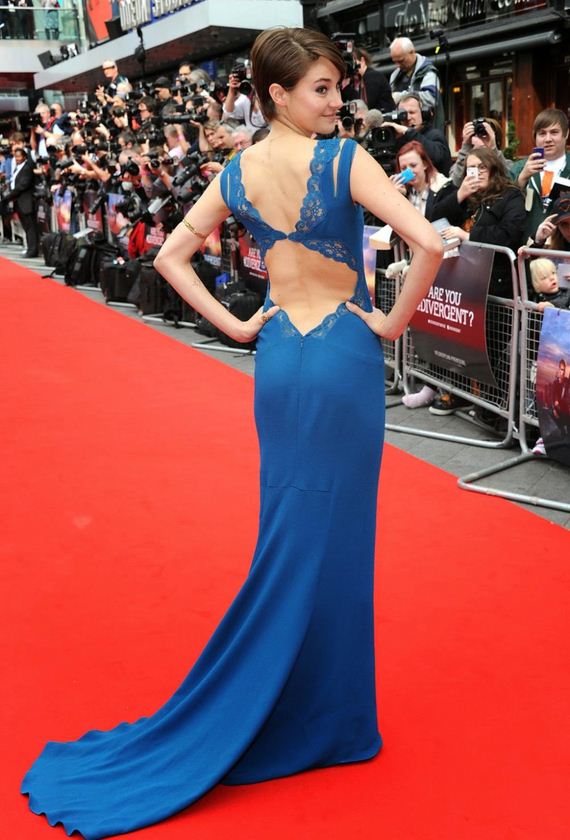 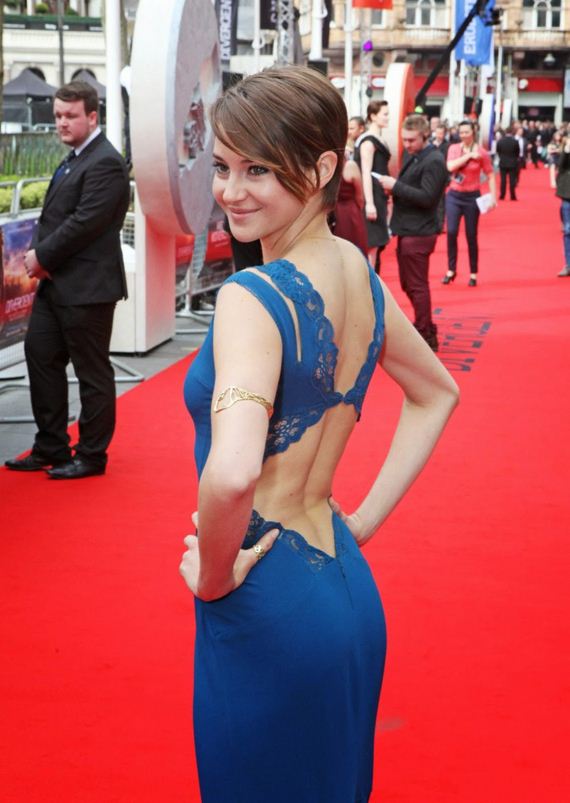 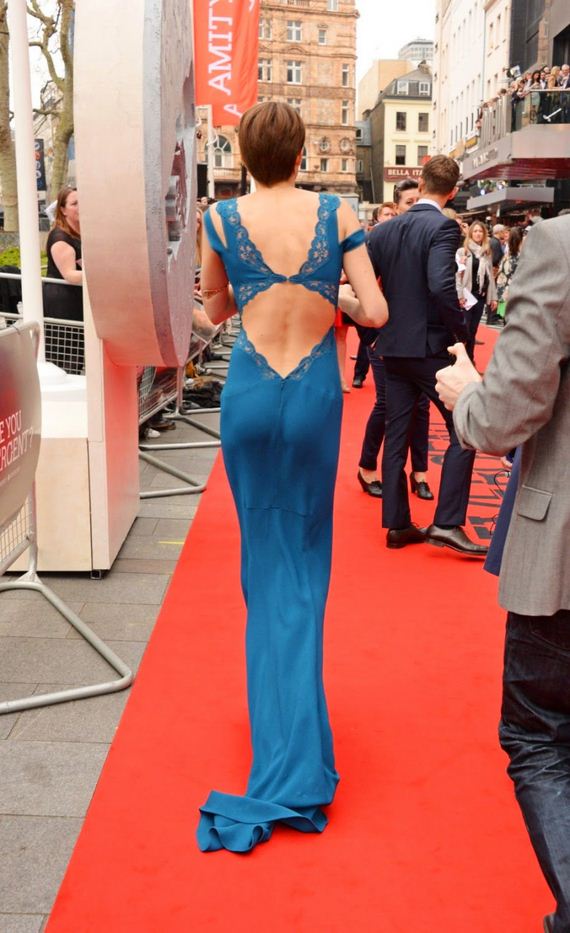 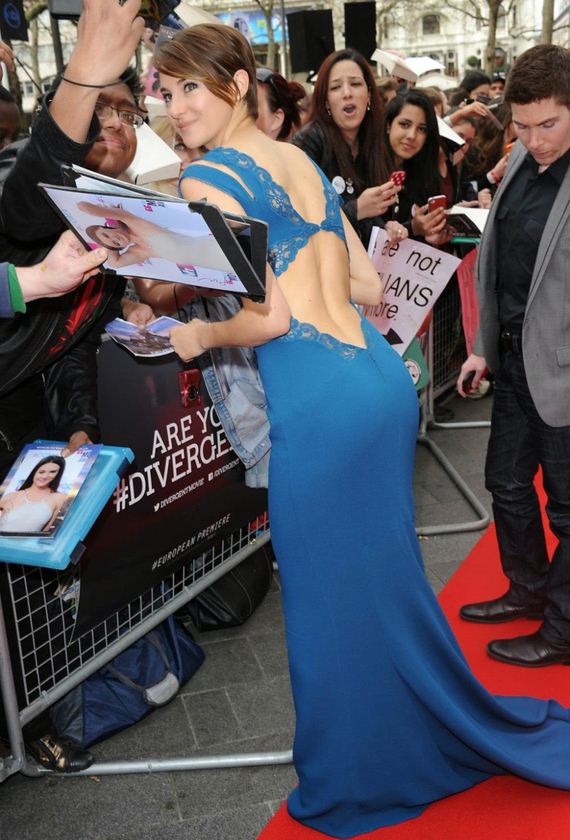