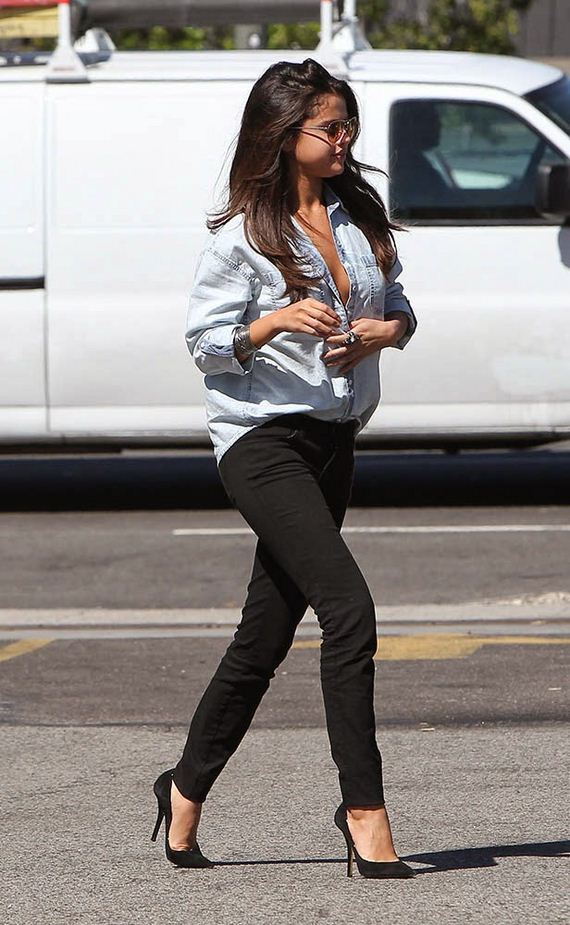 She’s been at the center of attention recently for her on-again, off-again relationship with Justin Bieber.
But on Friday Selena Gomez aimed to garner a little more attention, flashing a little flesh in a loose denim shirt as she left Kabuki Restaurant in North Hollywood.
The 21-year-old actress showed off her assets in the denim top that she kept buttoned dangerously low near her cleavage.
The former Disney star appeared to have no qualms about her low-cut blouse, as she was captured making several adjustments to the button-up.
The actress appeared content and confident as she kept her stride in North Hollywood, tousling her long mane of hair and playing with her denim blouse.
She appeared to have minimal make-up on, also sporting a pair of large, orange-tinted aviator sunglasses.
The Come And Get It crooner strutted her svelte stuff in a pair of figure-hugging black jeans and stylish heels that she appeared to have no problem keeping her balance in.
She accessorized the ensemble with a chunky silver bracelet and a large stylish ring.
Gomez teamed the outfit with a sleek and chic light blue clutch that slung over her shoulder with a slim silver chain.
Meanwhile, Selena Gomez has inadvertently made legal headlines over her relationship with Justin Bieber.
TMZ reported on Friday the lawyer representing a photographer suing Bieber is filing court documents to command the singer to answer his questions about Gomez – a hot topic he objected to answering in a videotaped deposition obtained by the same website.
The singer left the deposition with his lawyer in tow when he was probed about his relationship with the ex-Disney star. 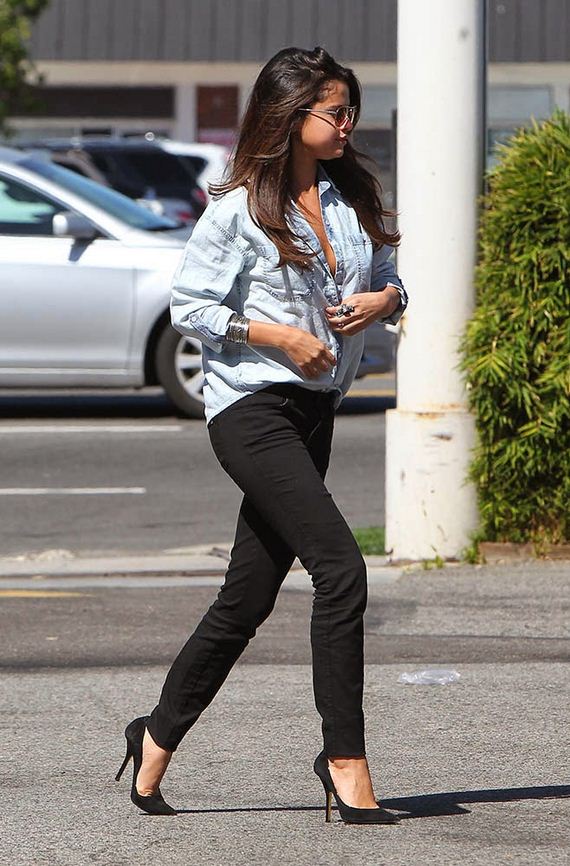 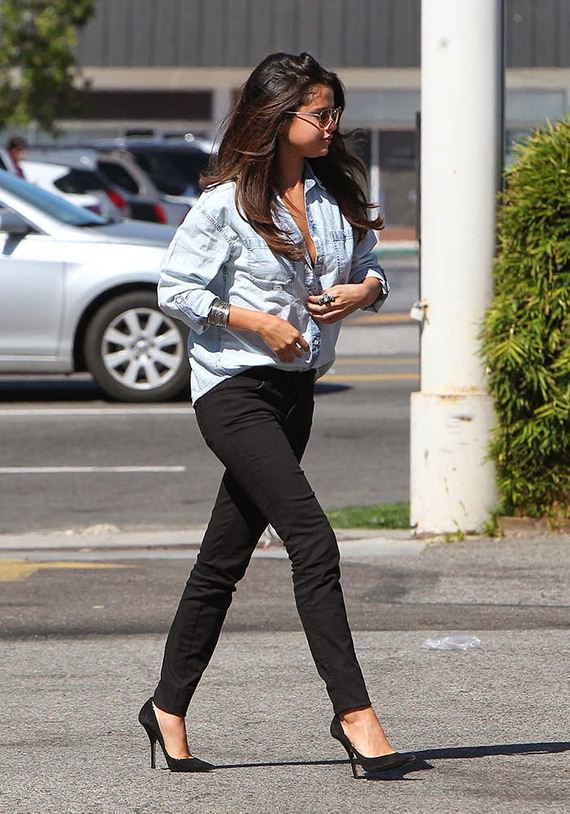 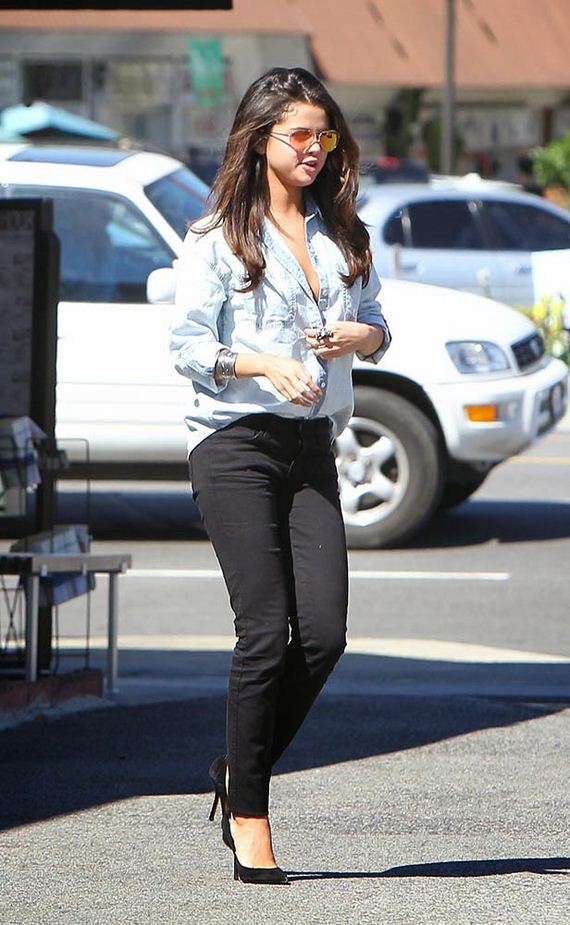 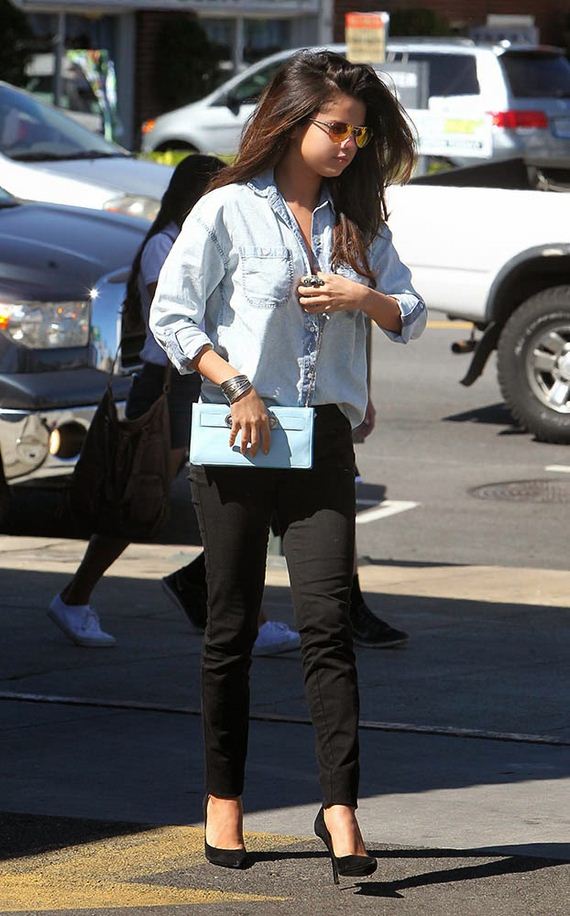 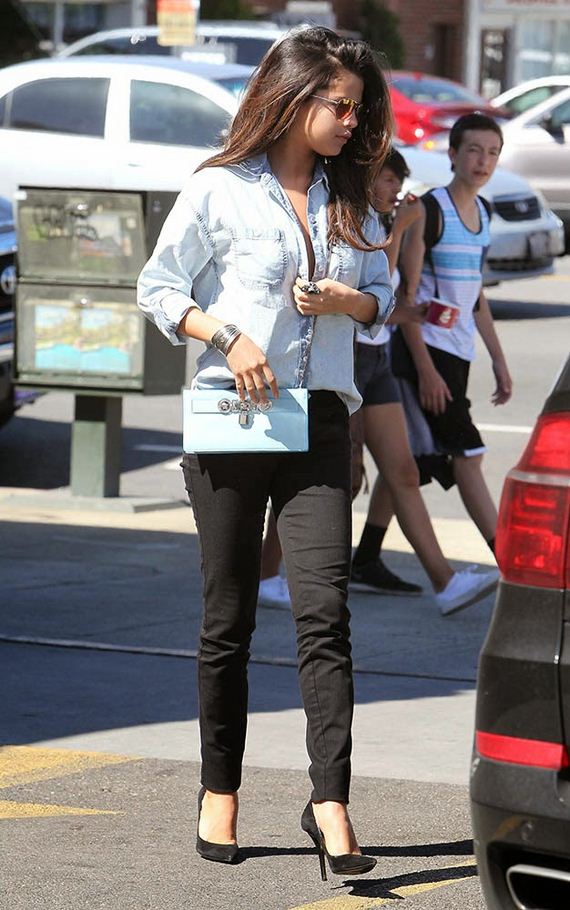 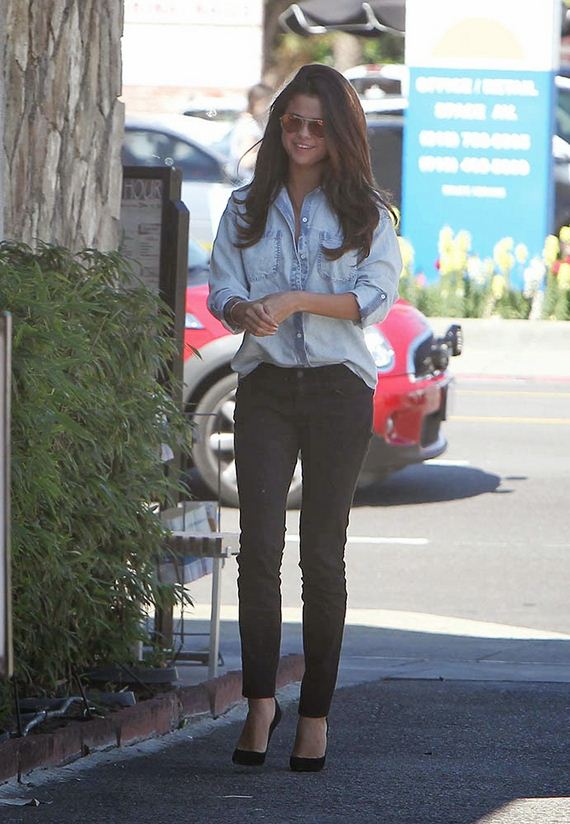