Online Dating: Is it just for losers? 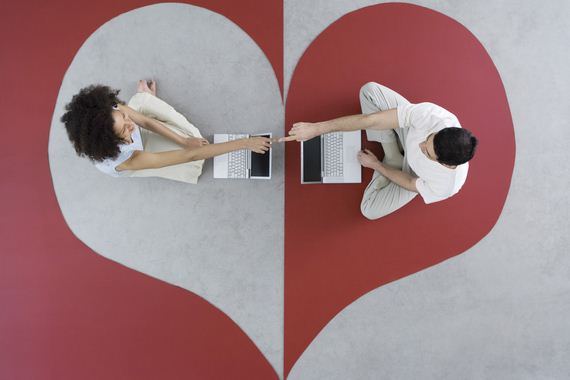 Online dating used to be this scary and shameful thing when it just started.You know, back in the day, when people thought that internet is for porn and creepy perverts only. People used to have this weird idea that only creeps and losers would stoop so low as to try and find love on the internet. Thank god it’s all in the past and everyone knows that internet is awesome and serves many purposes. The truth is, nowadays you spend most of your day on the internet. We’re all constantly on Twitter, Facebook, Instagram, Pinterest, Youtube. That’s how we make friends. That’s how we work, shop, watch movies. So why not find love the same way? And yet, the last few, lets call them “oldfashioned” people who still don’t believe in online dating and think it’s a horrid idea. Well, let’s see how it really is and shun those ideas once and for all.
First and foremost it’s important to state that 1 in 5 relationships starts online these days. Be it specific online dating services, or just social media – that’s how people meet now. It’s the norm. Get over it. It’s the 21st century and everything’s online. 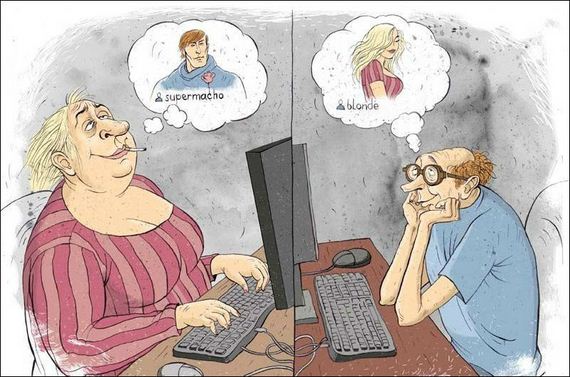 We’ve done some research to find out what are the disadvantages of online dating, and even though they were quite lame and seemed to contradict each other, decided to address them.

1. It’s online therefore it’s not for real.
A number of people worry about the fact that since it’s online and not face to face, people are more inclined to lie or use fake pictures. Yes, the proper term for that is catfishing and that does happen, but not as often as you think. Because really, what’s the point? When you do meet, you will see the real deal and you always have the option of just walking away. Plus, if you’re that worried about their looks, you always can skype.

Let’s be real, it’s not like people don’t lie in real life. Yes, you might be able to see them right away in a bar (that’s where you’d meet people, right?) but it’s not like they’re gonna tell you everything about themselves right there and then.
2. There’s no mystery.
In contradiction to the previous disadvantage, some say that internet dating has taken the mystery out of dating. There’s too much information available online and that, somehow, is bad and makes it less interesting and less intriguing. Yeah…cause you wouldn’t really want to know right away if they have anything in common with you. Perhaps you’d prefer to invest a lot of time and money into going on multiple dates, spend months on them and only after find out that they’re an ex-murderer or worse, they might be a Justin Bieber fan.
3. Others won’t take you seriously.
The notion that people will think you’re a loser for starting a relationship online is so ridiculous it almost seems made up. No one cares. They’re too busy liking pics of food on Instagram, starting drama on Twitter and stalking their exes on Facebook, or hitting up hotties on Grindr or Tinder. You really can’t surprise anyone by saying “we met online” anymore. 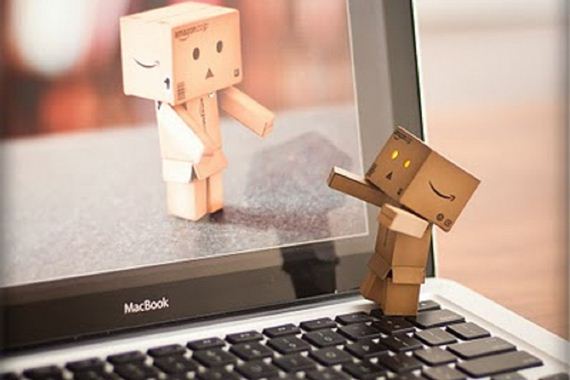 Now let’s see what are the advantages
1. You save time and money.
While some might like to spend their precious time and money in bars, waiting for prince charming to waltz in with a million dollar smile, a cheesy pick-up line and an offer to buy you a drink, others prefer not to. Having the option of finding out what a person likes, what are his/her hobbies and tastes, political views, opinions on life, the universe and everything in just a couple of keystrokes saves you a lot of time and money. Time and money that you could spend on, lets say, a massage at a spa.
2. Less awkwardness and stress.
If you’re on a dating website you don’t have to worry about their intentions. Everyone here is looking for the same thing – relationships. That makes it less awkward and stressful. You don’t have to guess if they’re just being friendly or if they’re flirting. Once you’ve found someone you like and have been chatting for a while it’ll be way less awkward to finally go on a date. No more worrying about conversation topics and saying the wrong you. Now you’ll have smh to fall back on. Like a conversation you started online, you might already have inside jokes by the time you meet, which as we all know, makes everything so much more fun.
3. More options. More freedom.
Unlike offline dating you’re not limited to your friend group or a bunch of sleazy douchebags at the club. Plus since it’s someone you’ve never met before, you probably won’t have any friends in common, which is great – no one there to judge you or gossip about you in case it doesn’t work out. It’s also a great idea if you’re planning on moving. Cause this way you can already find a kindred spirit wherever it is you’re moving, before you even get there.
4. Safe option for shy people.
A lot of people are shy and don’t feel comfortable in pubs/clubs/bars. It’s difficult to have a proper conversation with a stranger, especially in a loud crowded environment and are worried about a million other things. Awkward silences are awful. That awkward moment when someone asks you to tell them something about yourself and you’re drawing a complete blank, just like “WHO AM I?”. With online dating you wouldn’t have to worry about it, cause you’ll be at home, all cozy and relaxed.
5. No fear of rejection.
You don’t have to actually face them and worry about what to say and how to react. In most cases online the conversation just sort of dies down and you both know it didn’t work, or maybe it’ll just be a message that says “sorry, this isn’t gonna work”. Either way it’s not scary at all, like it is IRL. In most cases if someone doesn’t like your profile they probably won’t contact you in the first place, so you don’t even have to think about rejection.

As you can see in our impromptu pro and con list above, the disadvantages are few and ridiculous and the advantages outnumber them. So, stop worrying, choose a public place like a cinema or a restaurant for your first date and you should be fine. And no, it’s not dangerous. If you think about it, meeting random strangers in a dark club while you’re drunk is even more dangerous, but people do it all the time.