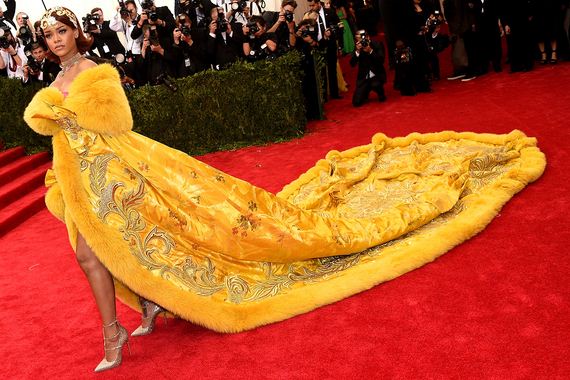 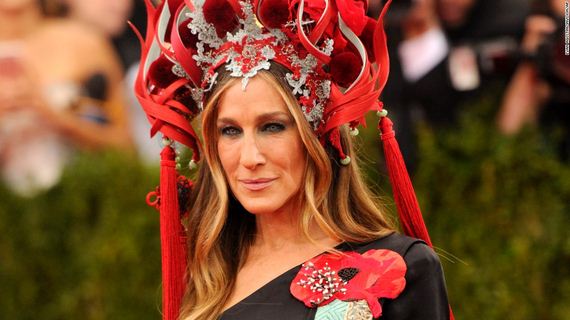 The Costume Institute Gala (the Met Gala) is the most exclusive and prestigious social event in New York. It is held every year for the benefit of the Metropolitan Museum of Art’s Costume Institute and has a specific theme every time. Guests just select the dress to match the theme of the event. The theme for 2015 was ‘China: Through the Looking Glass’ so let’s see which outfits celebs chose to surprise the audience. 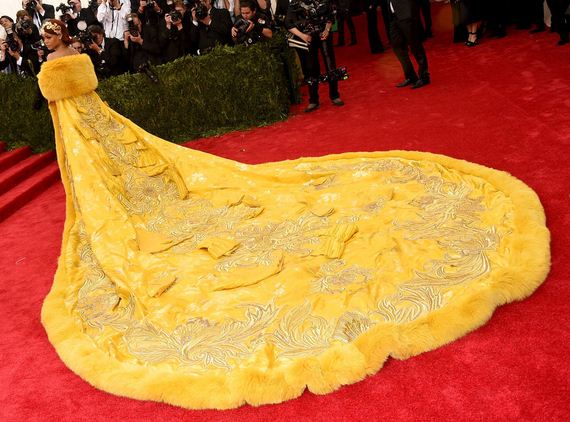 1. The most discussed dresses

Rihanna
Now Rihanna is the most discussed celebrity on the web. The reason is her outfit at the Met Gala 2015. The star was wearing a yellow fur-trimmed dress with long train designed by Guo Pei. 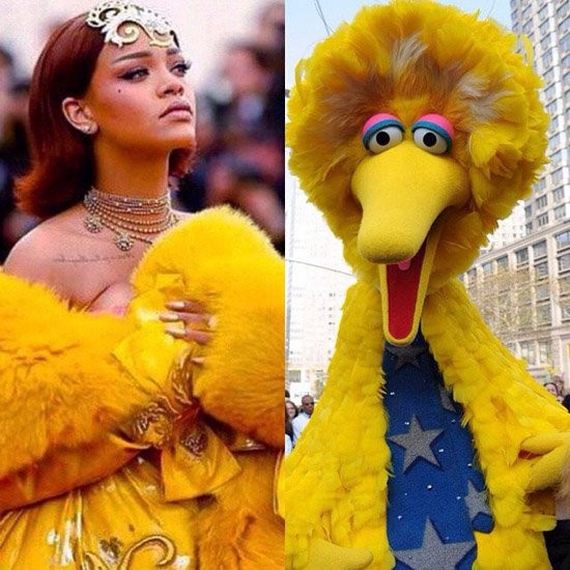 Of course, it’s a stunning dress and perfectly matches the theme of the event. But thanks to this outfit, Riri won most memes on the Met Gala 2015. Pizzas, omelettes and even a swimming pool these memes were viral on Instagram! 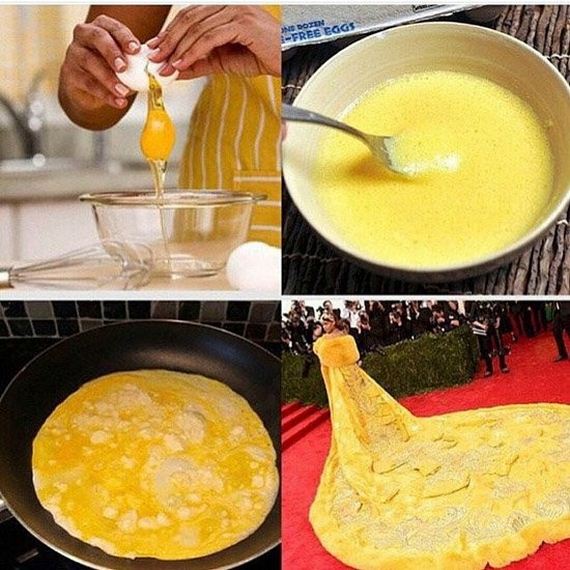 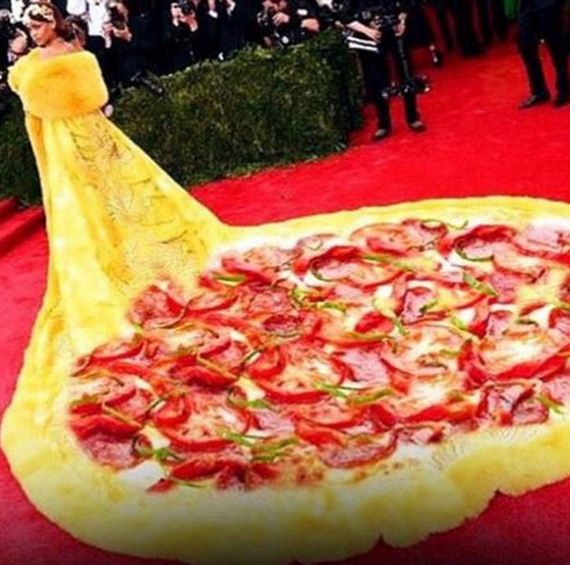 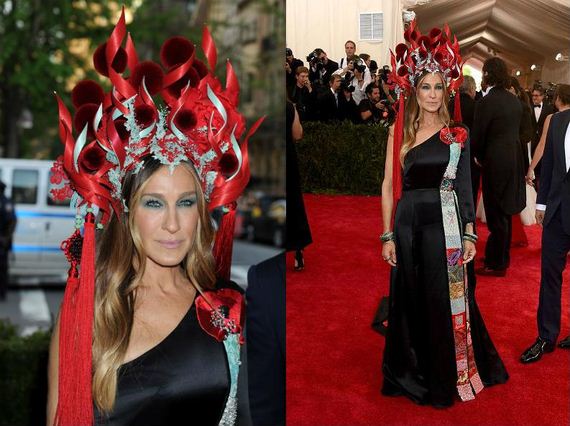 Sarah has proven yet again that ‘fashion’ is her second name. This star just owned the carpet with her look! Sarah’s outfit was designed by herself in collaboration with H&M and accessories were designed by Jennifer Fisher. ‘Sex and the City’ star was wearing a poppy-embroidered cape and a fire-like headpiece. 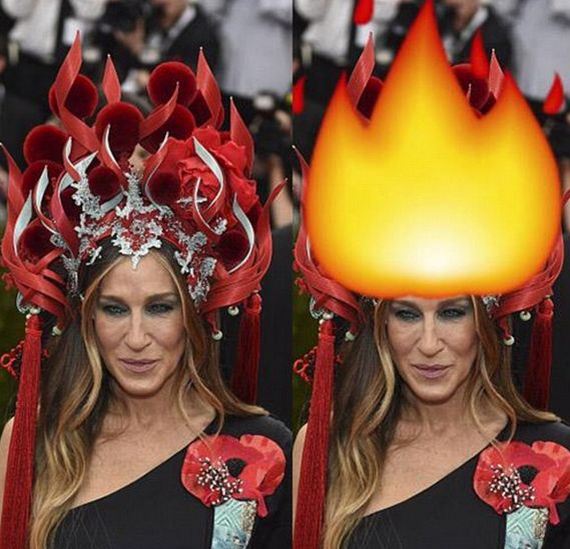 Sarah’s dress was definitely one the best on the red carpet. It drew so much attention and became a great meme target as well. 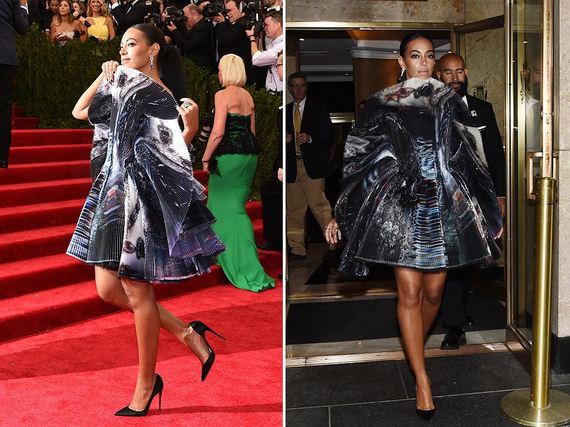 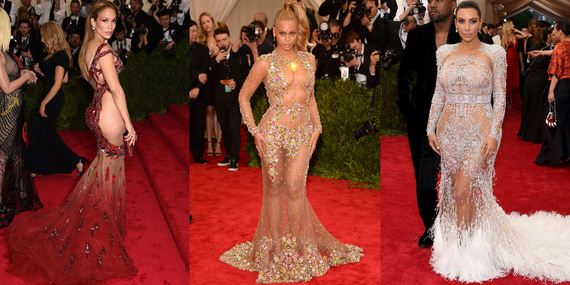 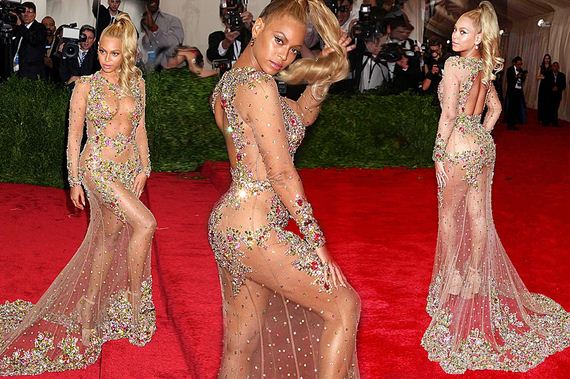 Beyonce has a great body so she can afford to wear such outfits. She chose a peekaboo custom Givenchy Haute Couture by Riccardo Tisci. But we can say that it’s a sparkly naked dress. 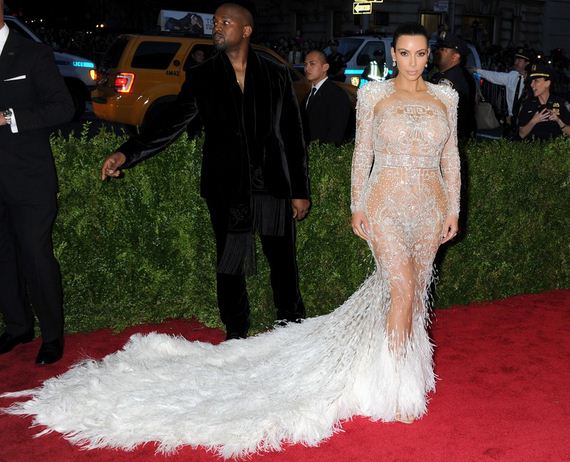 Kim also wanted to ‘show some skin’ (of course, with the approval of Kanye). She was wearing a Roberto Cavalli sheer lace gown with a fringe bottom. 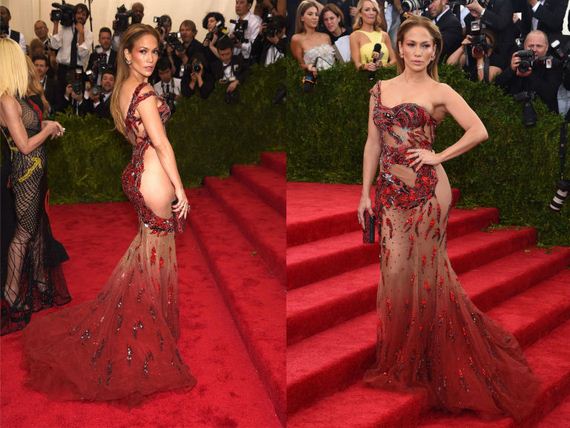 Jennifer dared to bare at the Met Gala 2015 even though she is 45 years old. But it was the right decision! Jennifer looked impressive in this sexy red and sheer gown by Versace.

Let’s forget about fashion for a minute and take a look at the cutest couples at the Met Gala 2015. Beautiful, happy and in love! 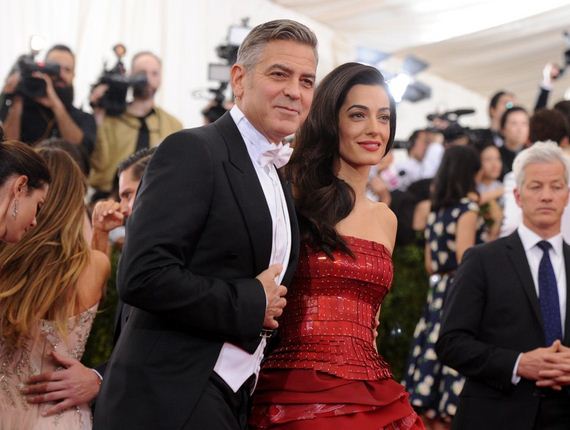 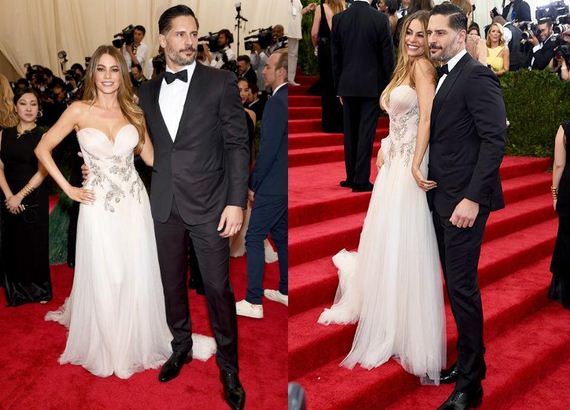 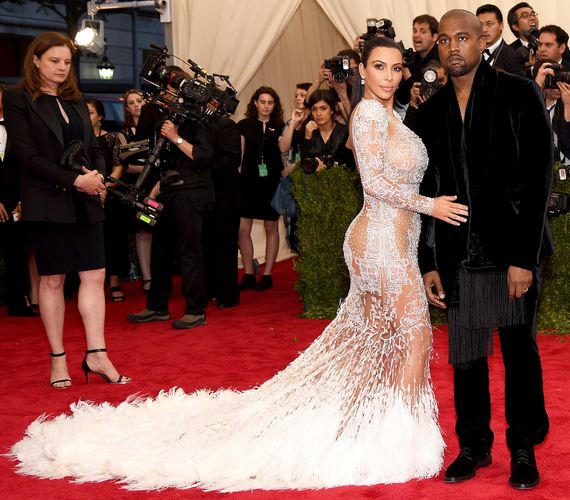 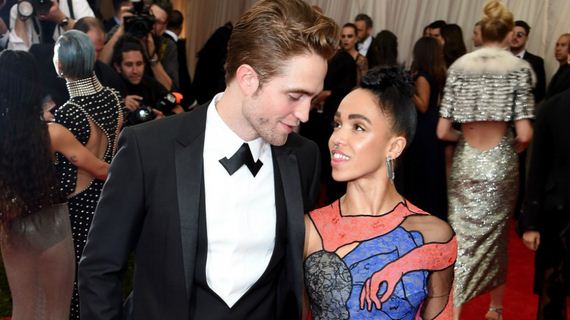 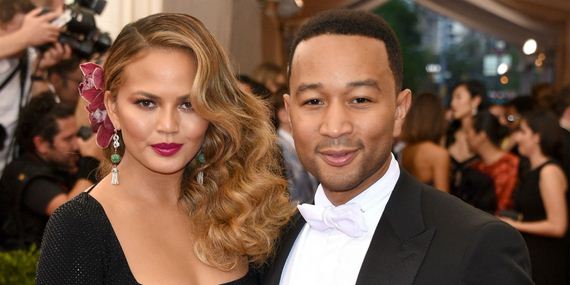 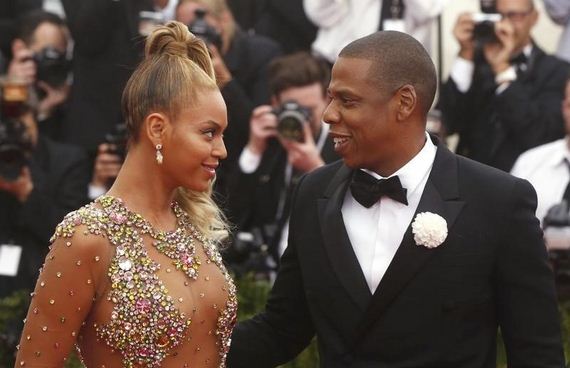 Red carpet means red color, and it’s always a trendy choice. These stars made the right decision wearing red at the Met Gala 2015. See for yourself! 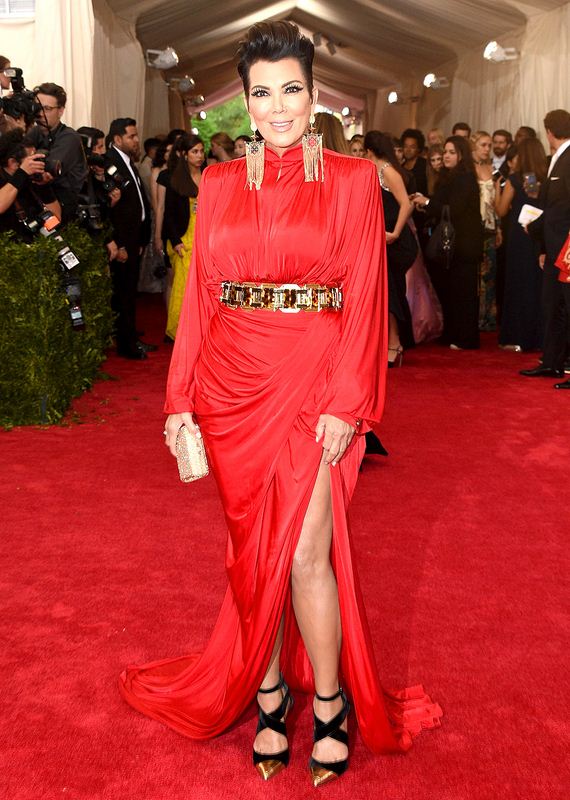 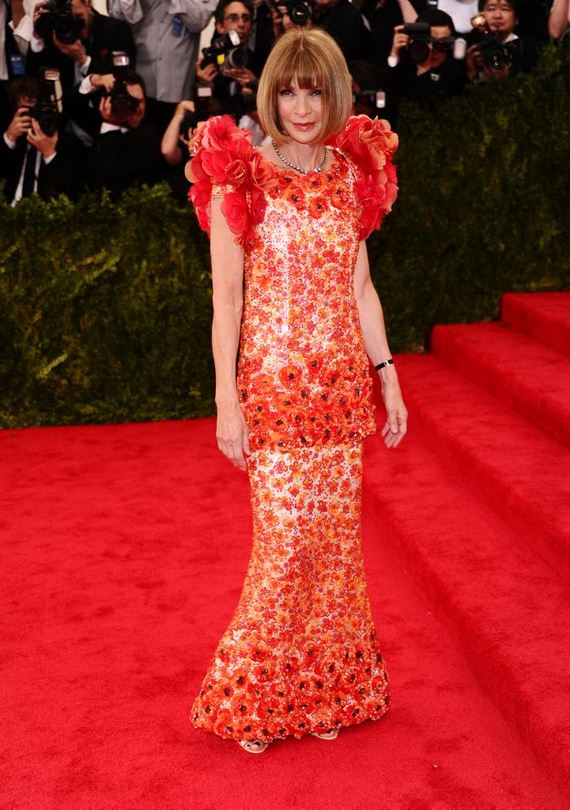 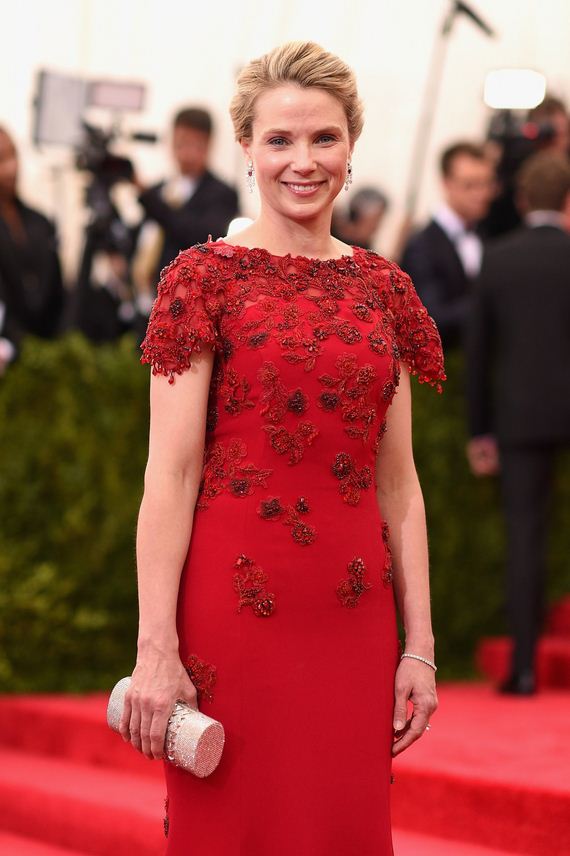 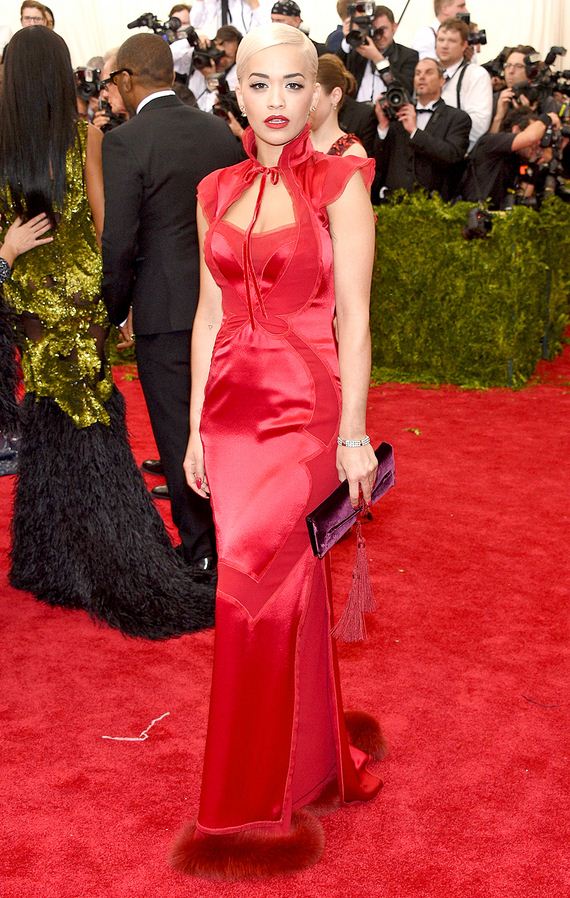 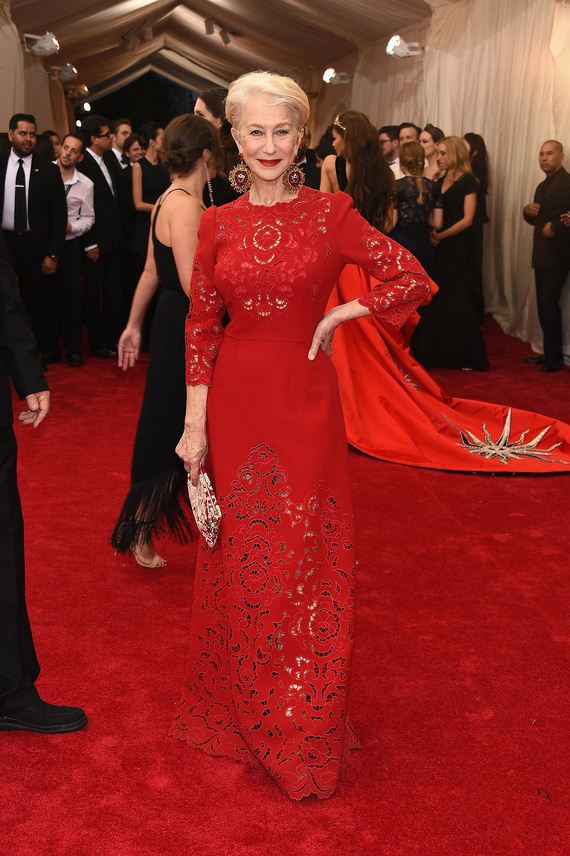 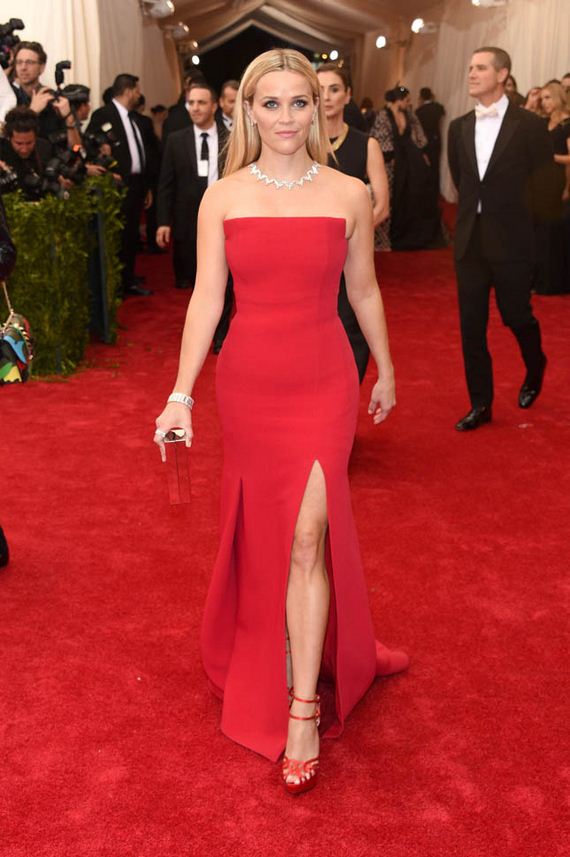