She’s not had the best year in her tennis game.
So Maria Sharapova was certainly looking for a break from the stress of her career as a pro athlete when she took to the beach on Tuesday in Cancun, Mexico. 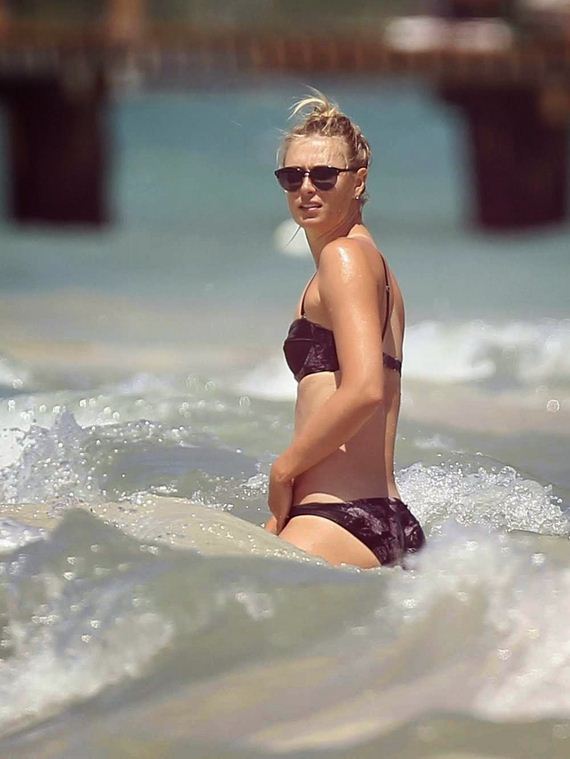 The 26-year-old bombshell was spotted showing off her toned and pert bottom in a two-piece bikini as she splashed in the sea.
Pinning her blonde tresses up into a topknot, the highly recognisable tennis star shielded her eyes from the sun in a pair of sunglasses. 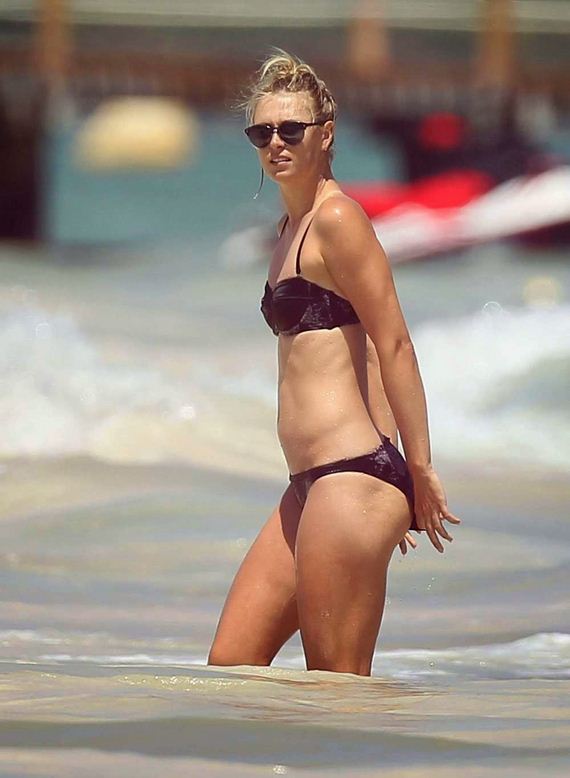 Displaying her washboard abs in the dark toned two-piece, Maria looked stunning as she waded into the surf.
At one point her bottoms appeared to get into a bit of tangle, which she quickly righted with a discreet adjustment.
The high ranking tennis player was clearly thrilled to be frolicking in the warm waters as she flashed a few contented grins throughout her dalliance in the waves. 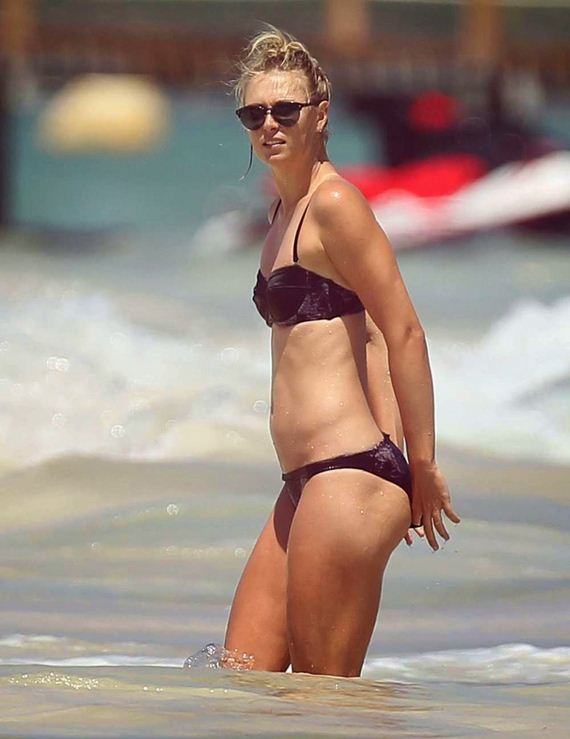 The Russian beauty looked to have been joined by a friend for the beach outing, as she slowly made her way into the green waters.
After her brief dip, the 6ft2in athlete enjoyed a solo stroll along the sands, her skin still glistening from the sea bath. 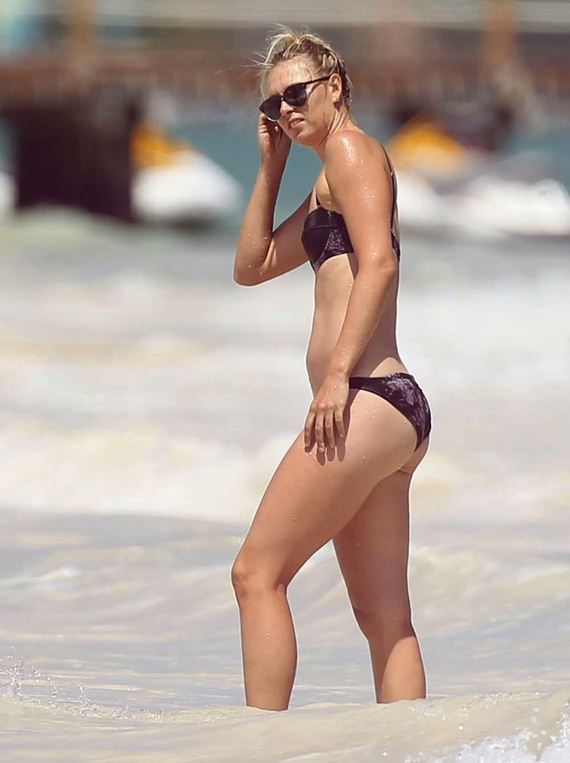 Meanwhile, in the semi-finals on Thursday, Maria lost to Serena for the 15th successive time.
‘Despite my results against her, I still look forward to playing against her because you learn so much from that type of level which she produces,’ Maria told ESPN following the two set game.
‘You finish the match, and you know where you need to improve and the things that you need to work on.’ 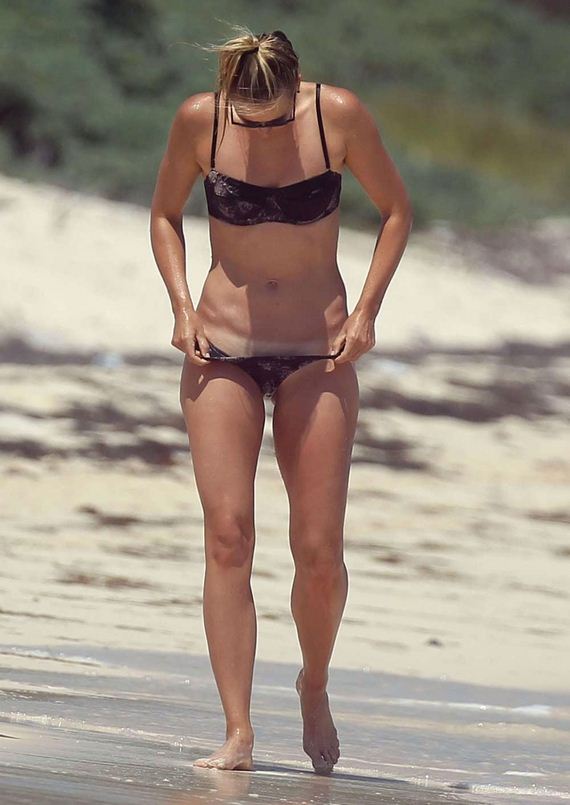 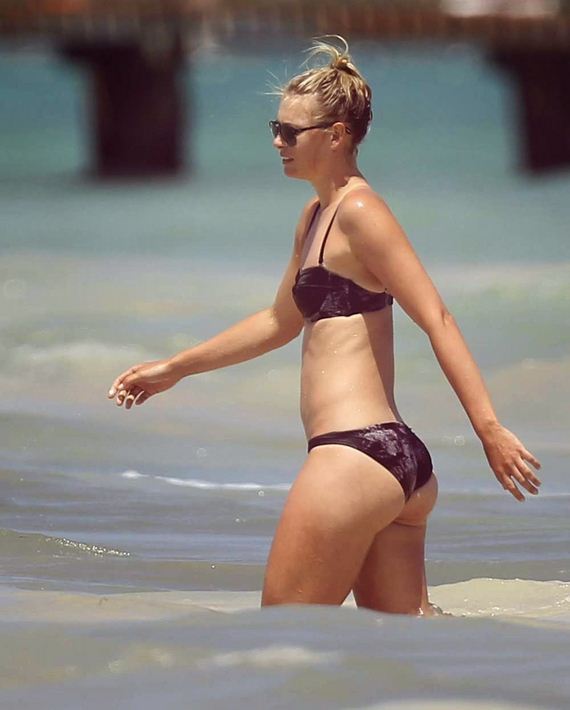 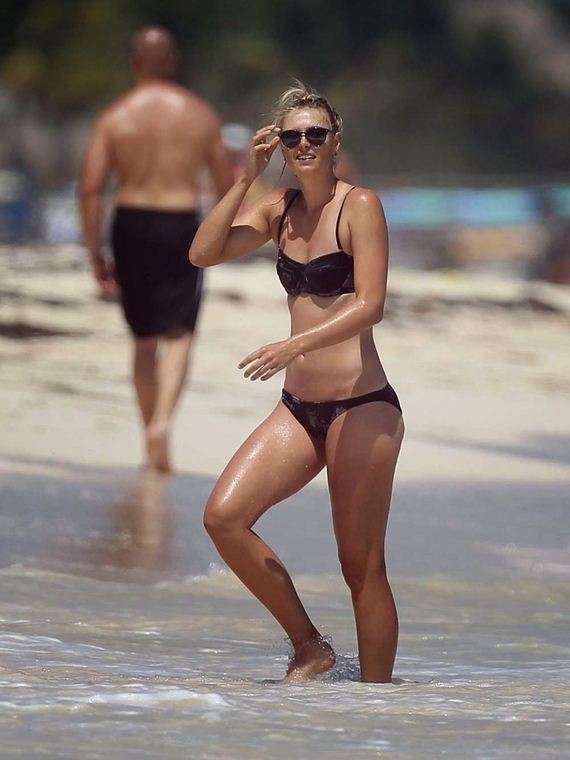 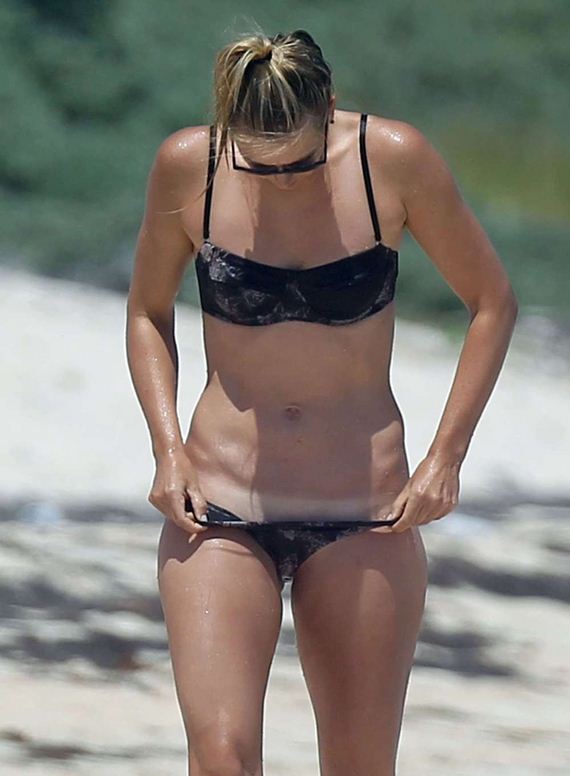 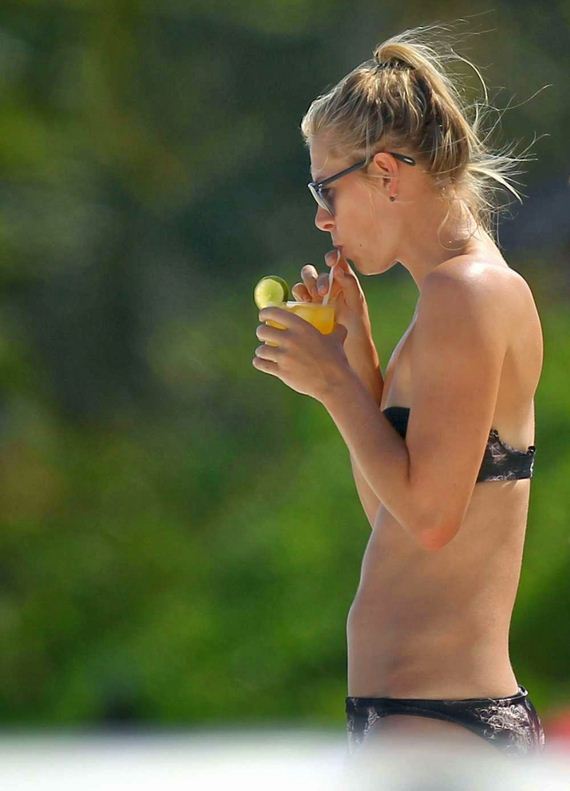 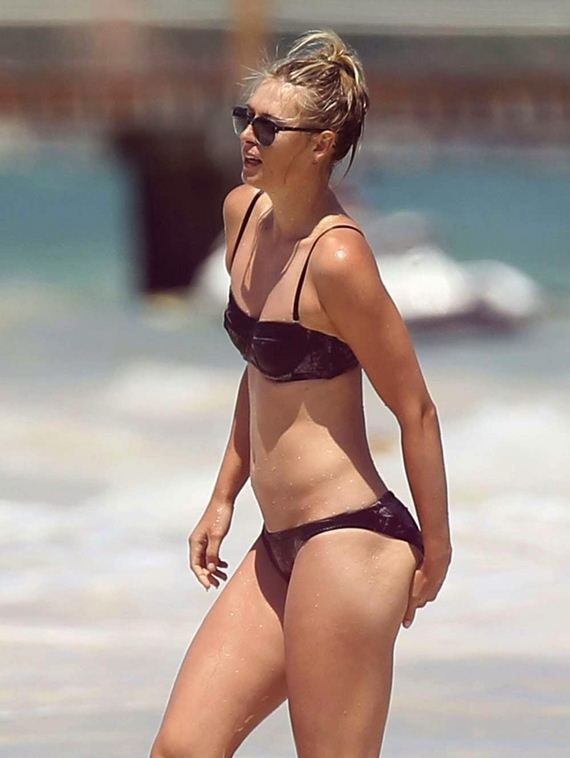 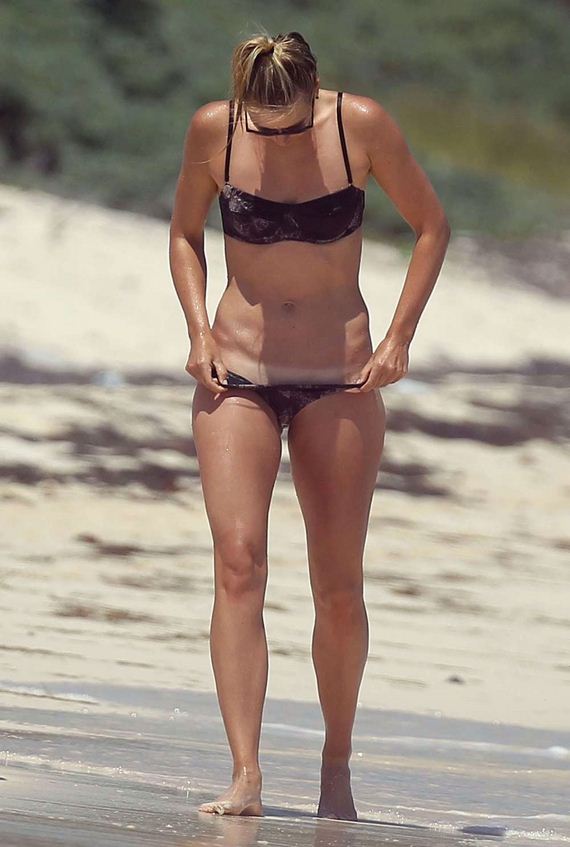 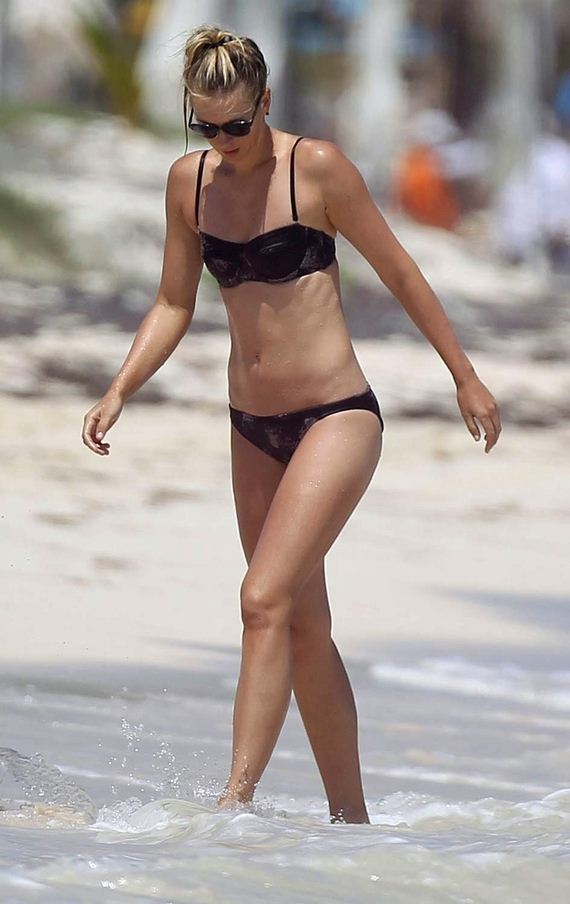 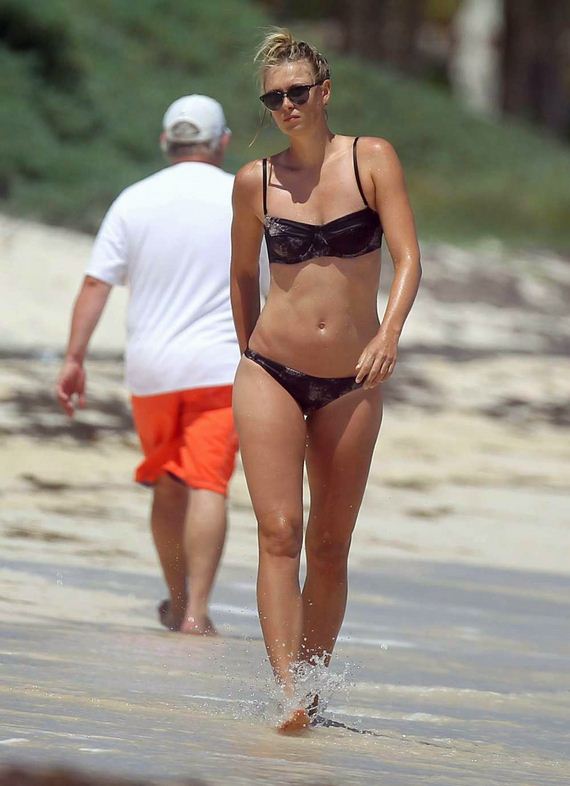