She might not have starred in the movie itself, but that didn’t stop former Made In Chelsea star, Kimberley Garner from being the centre of attention at the London premiere of Noah.
The 24-year-old chose to wear a Grecian-inspired white dress which was extremely low-cut and must have been held in place with plenty of cosmetic tape. 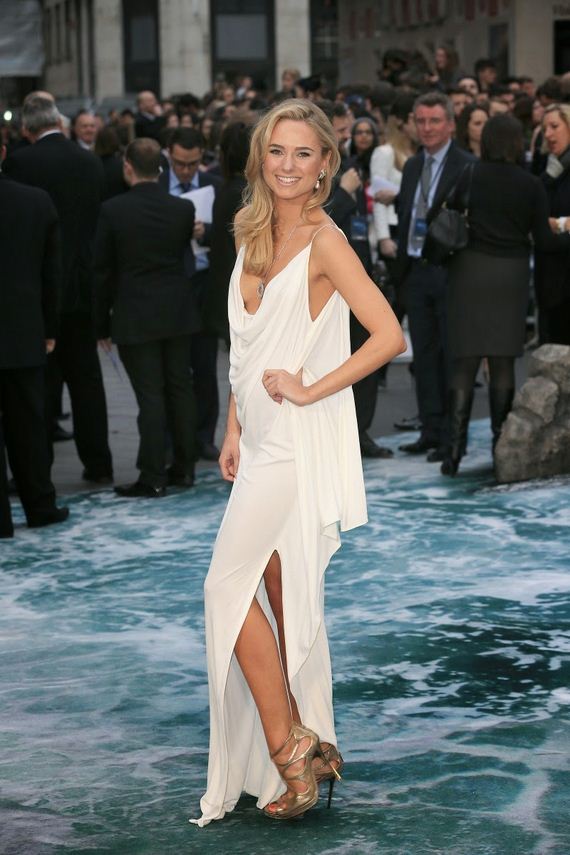 The reality TV star was surely at risk of exposing more than she intended as she walked down the red carpet on Monday night, wearing the delicately placed number which also had a thigh-high split.
Making sure all eyes were on her cleavage, Kimberley accessorised with a long silver pendant which was circle-shaped. 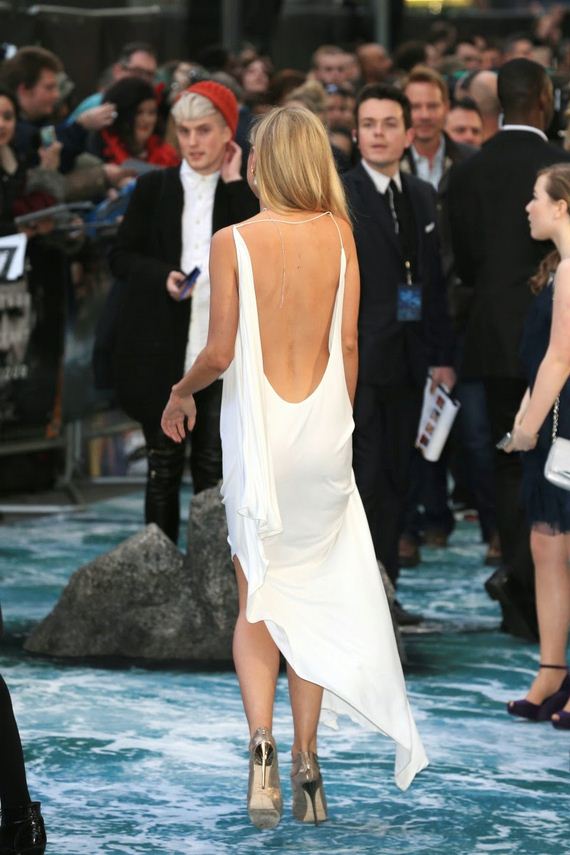 And as if Kimberley didn’t have enough to contend with when it came to her dress, it was also very low in the back area
She polished off the look with a pair of gold strappy platform heels which drew attention to her neon orange pedicure. 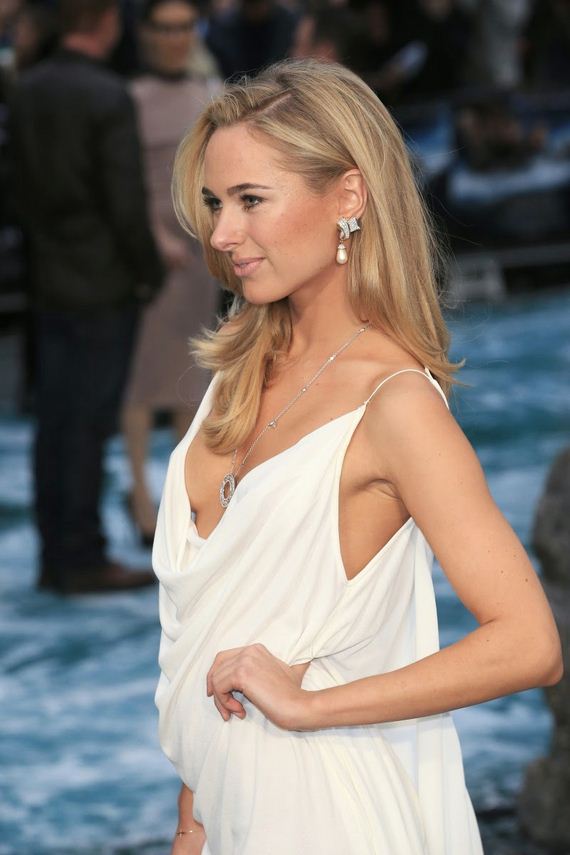 Proving just how at ease she felt in the number, Kimberley kicked her leg up playfully behind her as she made her way into the venue but it got caught in the back of her dress.
Earlier in the evening, Kimberley tweeted about how much she was looking forward to attending the swanky event and wrote: ‘So excited for the #NOAHpremiere tonight 🙂 can’t wait to see the movie.’
The film was released on Friday in the US and has already won rave reviews and after weathering a sea of controversy, it arrived in first place at the weekend box office. 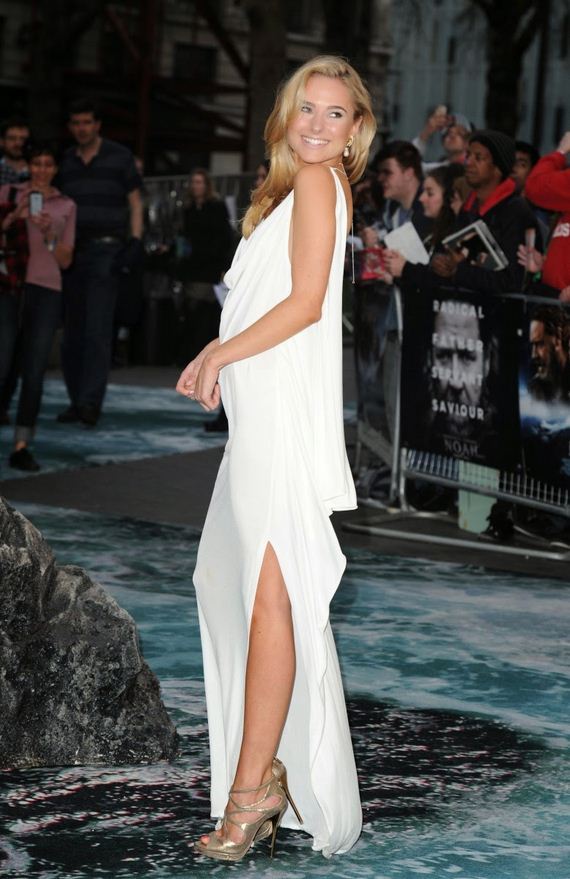 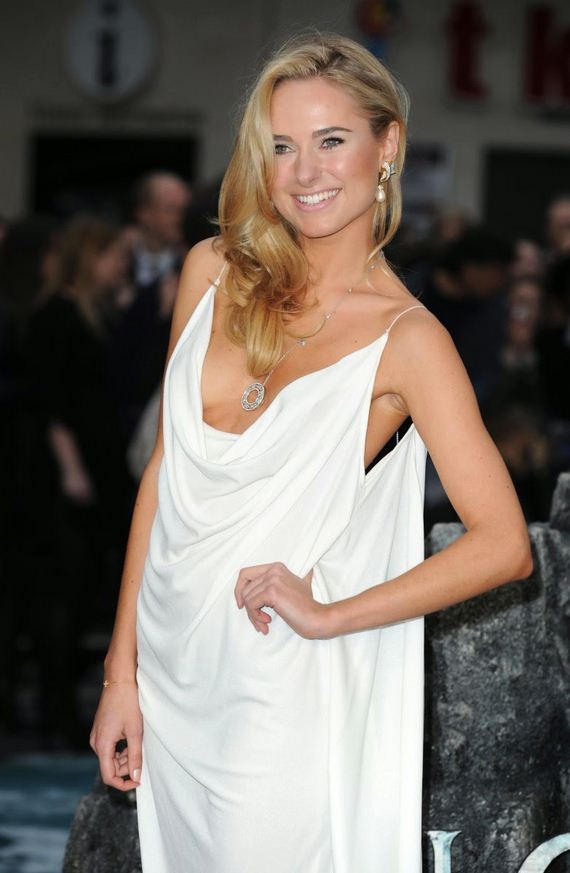 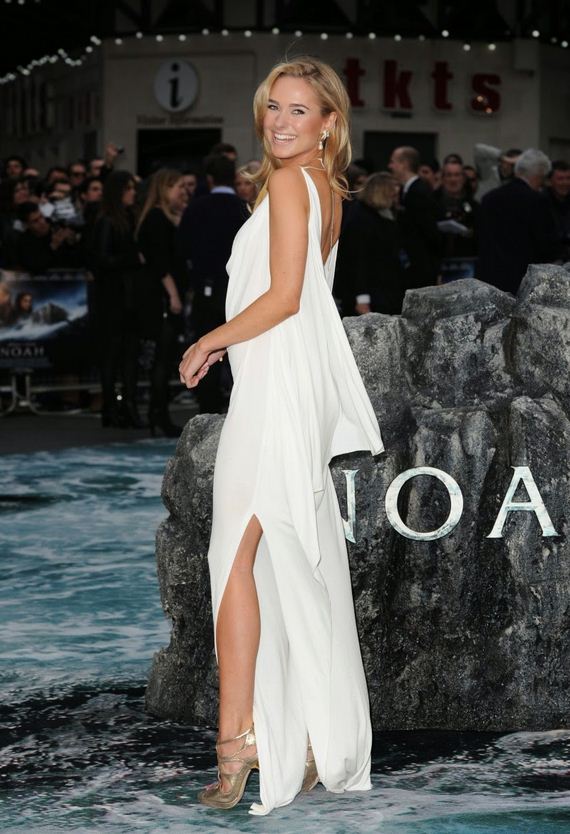 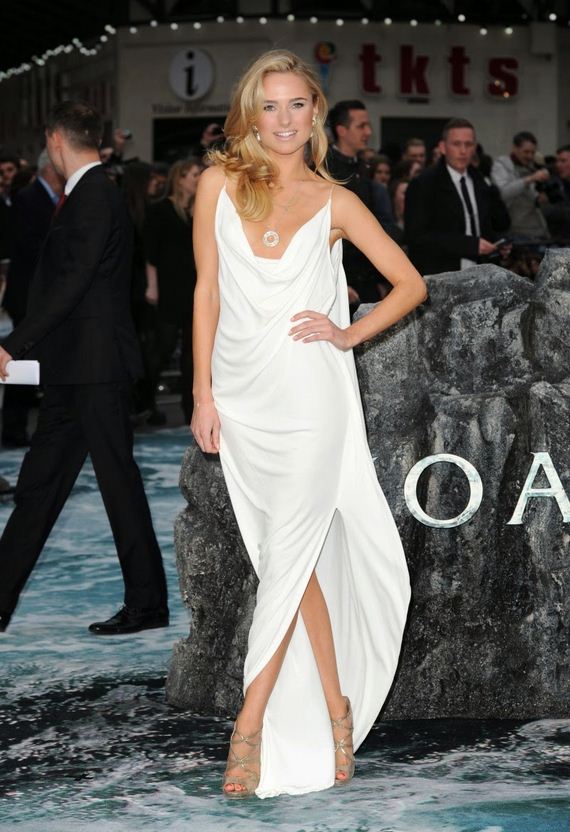 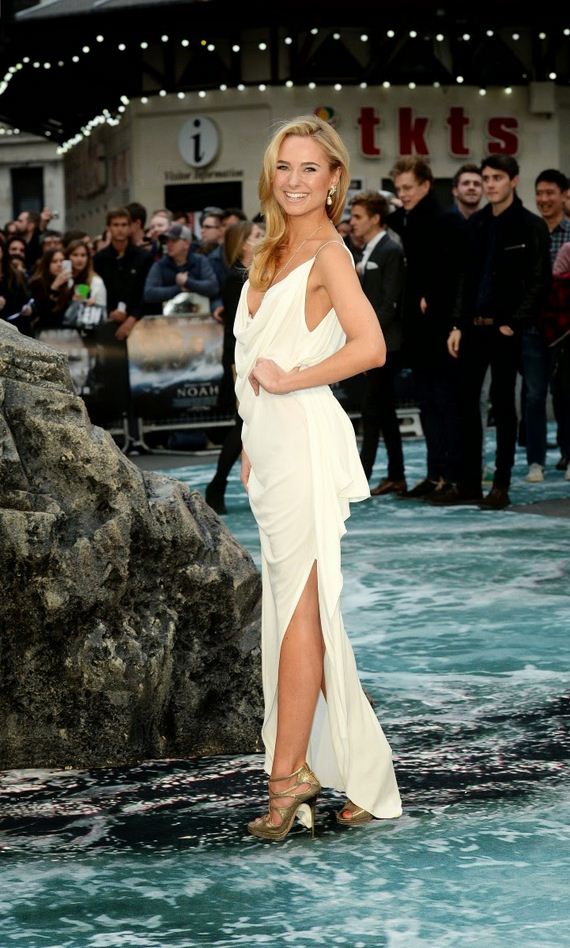 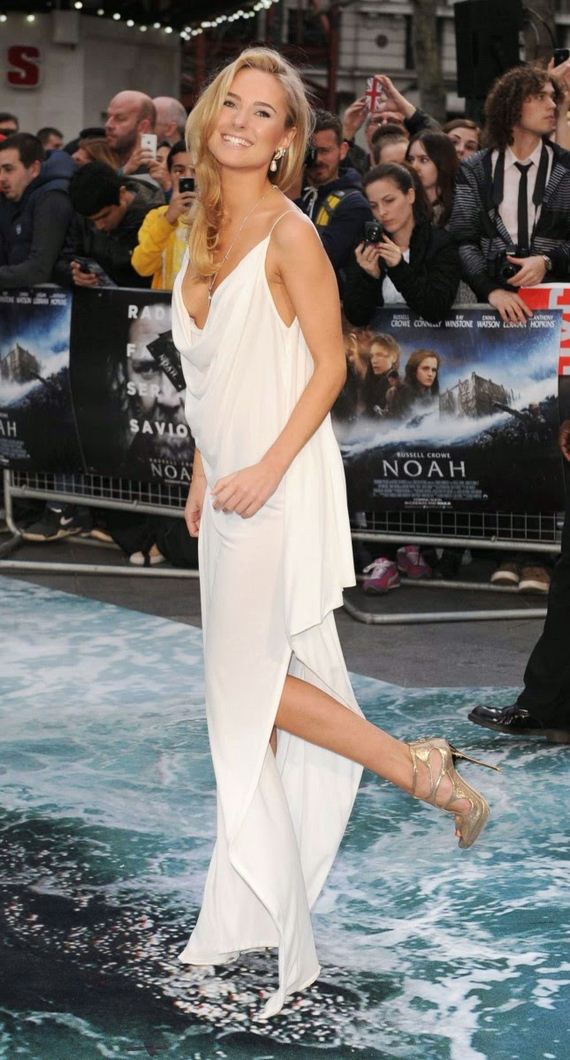 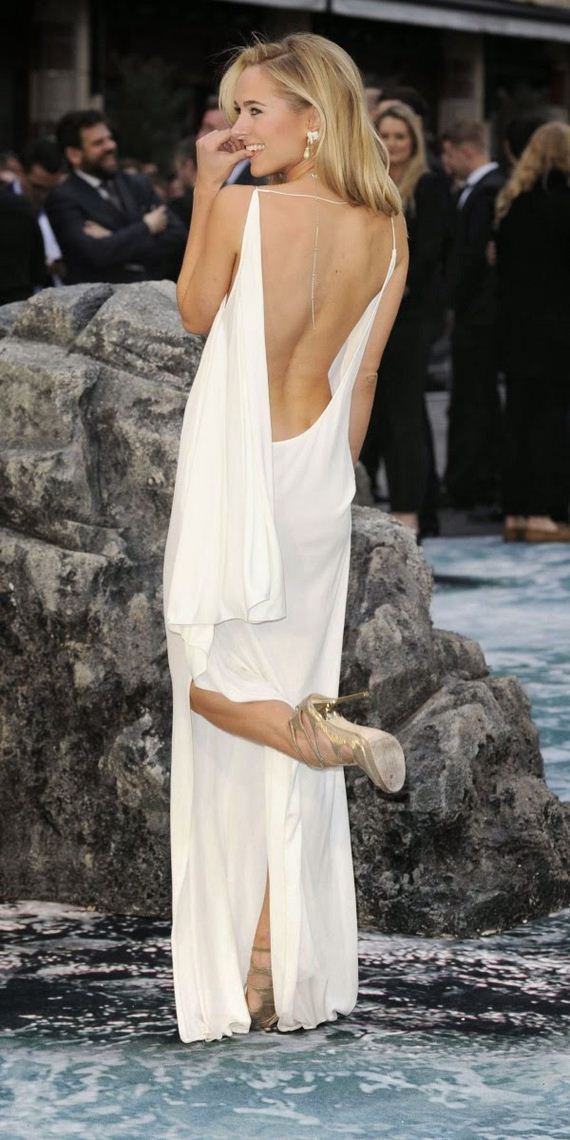 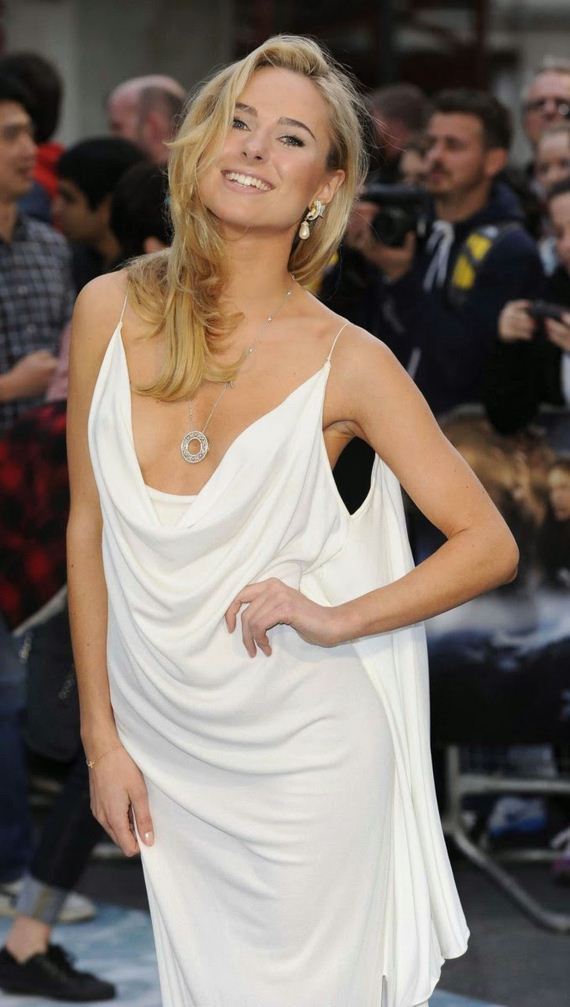