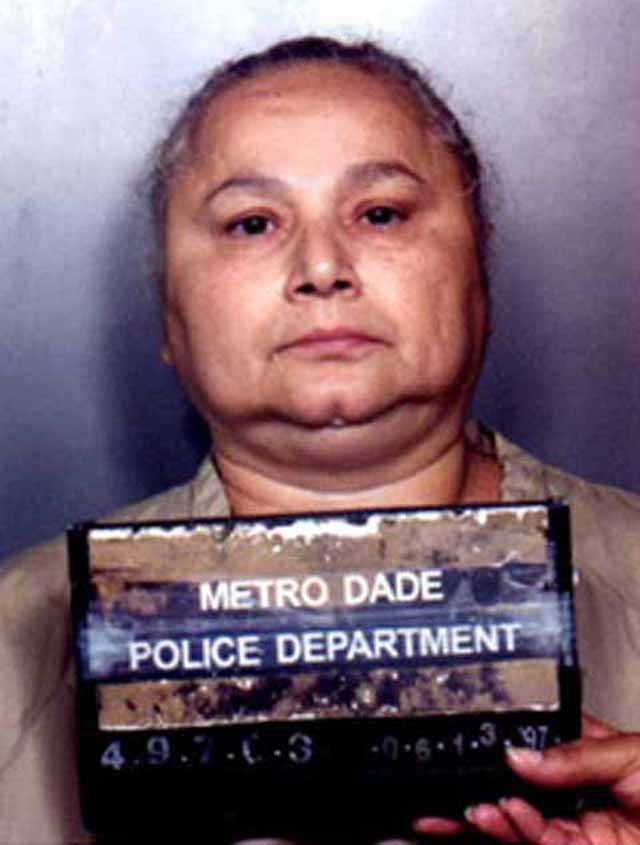 A ruthless drug smuggler known as the ‘Godmother of Cocaine’ who was jailed in the U.S. for three chilling murders has been gunned down by a motorcycle-riding hitman.

Griselda Blanco, 69, was believed to have ordered dozens of executions during the notorious ‘cocaine cowboys’ era of the 1970s and 80s in Miami.

In a grim irony, the mode of her killing was eerily similar to the brutal drive-by killings she herself introduced to slaughter her enemies.