Behind The Scenes Celeb Antics At The SAG Awards

#1 Making Faces?
Jennifer Lawrence made strange faces at the camera through out the SAG awards. More articles were written about her antics than anything else 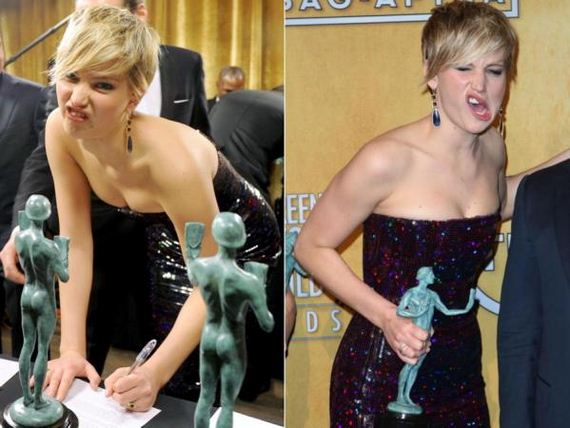 #2 Sofia Vergara Is an Absolute Piston

We would have given one of our kidneys for 30 seconds in those seats. You think we are joking, but we are deadly serious. No argument you can make is going to make this picture go away. 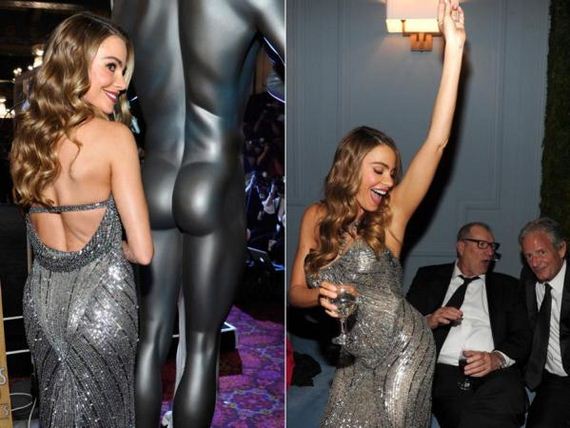 #3 Bradley Cooper Gets Violated, the Cold War is Officially Over

A Ukrainian journalist showed his affection for Brad Cooper in the only logical way, dropping to one knee and placing his face inches from Coop’s beef whistle. What, that’s how we say hello in Ukraine! 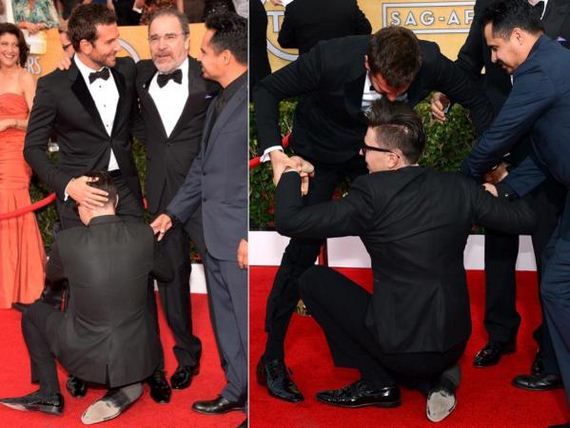 Brad Pitt is taking a page from the book of Beckham with this cut, and he can’t fool us. When is the biopic coming out Brad? We’re on to you! 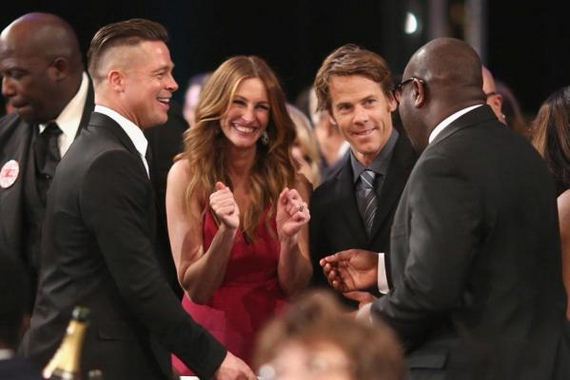 Most actors who play ruthless meth barons and the like are connected with their character and often perceived in real life as fickle or lonerish. Not Walter White, who dominated the slideshows of backstage debauchery. Maybe he’s dipping into his own product… 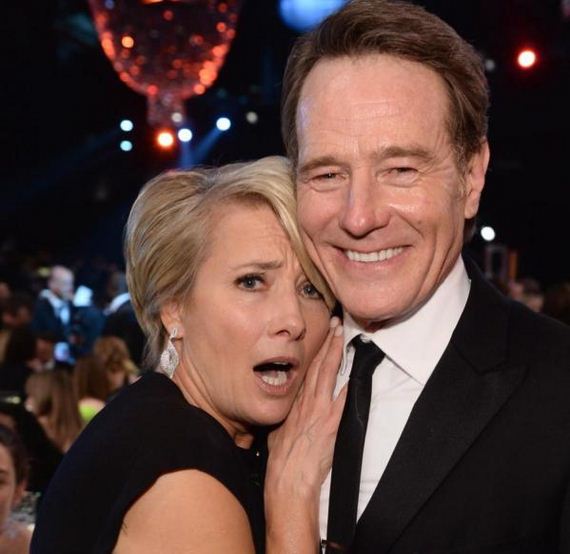 When there is a Silver Lining in the Playbook, the opportunities are Limitless. Doesn’t make sense, but those are the two DeNiro-Cooper movie titles in one sentence, how many people can do that? Not many. 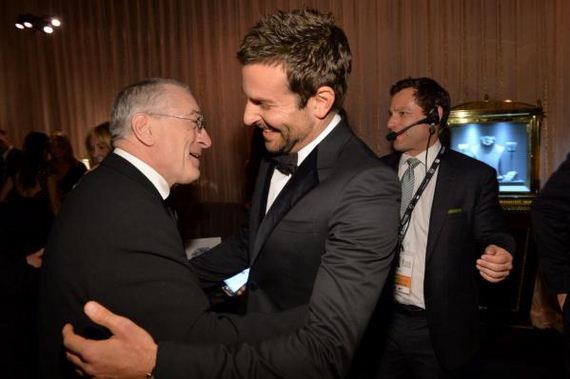 #7 Jesus in the House

Jared Leto won the Jesus lookalike competition against himself. Side note, Matthew McConaughey’s wife is even out of Jesus’ league, which says something about old Matty Boy. Dude is a legend. 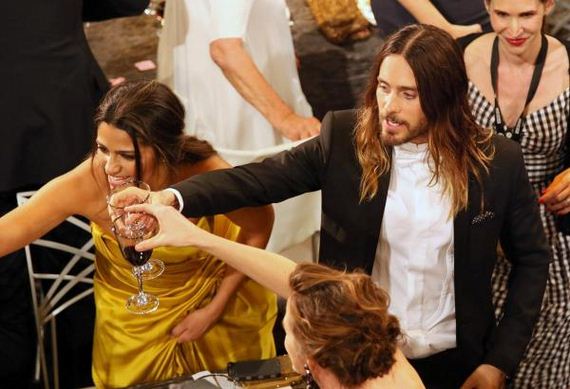 #8 We Want Your Feminine Side Back Jennifer

Why did J-Law have to start going to Miley Cyrus’ hair stylist? Are women bringing the 40’s back style wise? We sure hope not. Shout out to Law and Order lady in the middle. 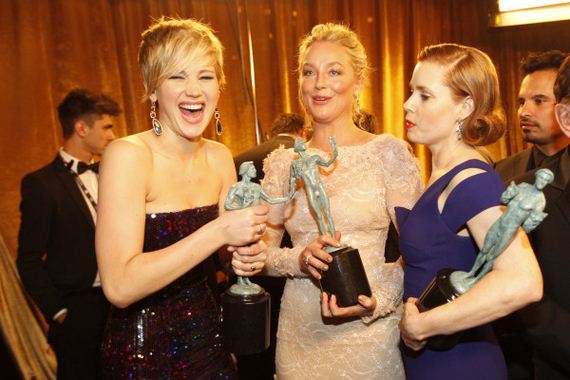 If you have seen The Heat, which we haven’t, you probably know how these two sly cougars are going to take down this unsuspecting sheep, but lord willing they will. What out, young Efron. 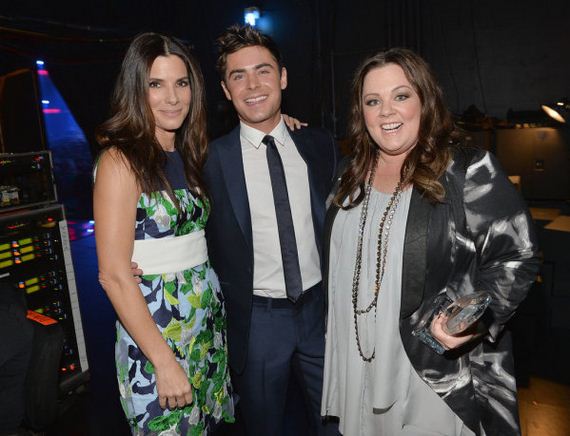 These awards are a time when celebrities are forced to mingle, and they end up having a really good time. Here is a young actress, Lupita Nyongo, someone who is probably a great influence and inspiration, the might O, Oprah. 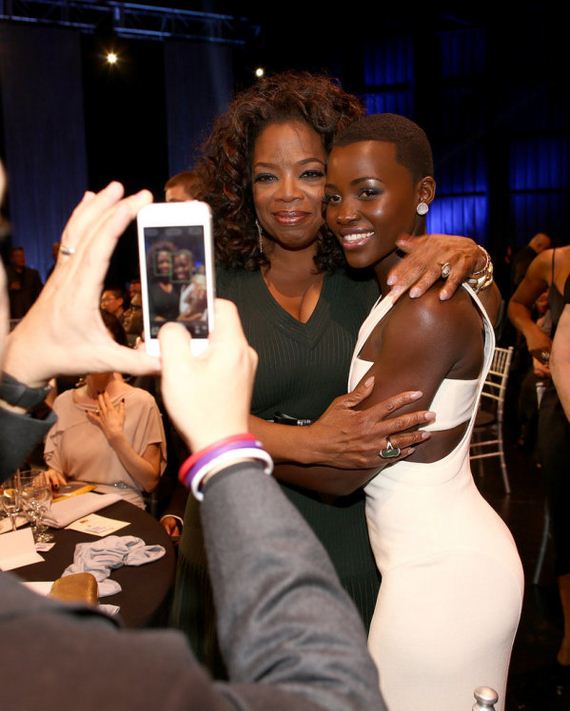 #11 Emma Thompson Was the Life of the Party

Emma T was chugging wine spritzers when Oprah told her about the photobombing phenomenon, and it was game over for the rest of the night. Vino and photobombing never mix well. 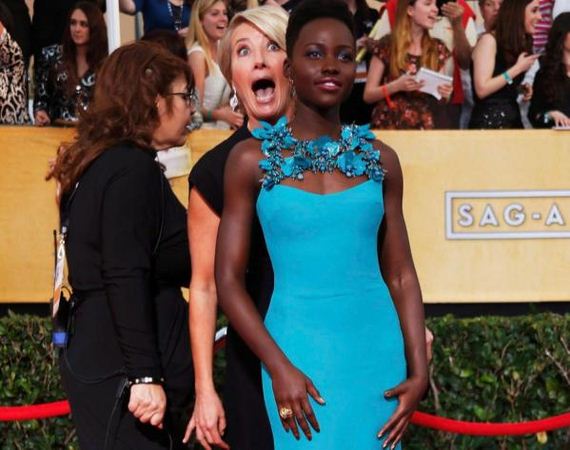 Previous Celebs Looking Really Gross
Next A Makeup Secret That Will Save You Hundreds (never buy wipes again!)