Goth culture may appear macabre, but it’s a celebration of everything that’s NOT mainstream. With this concept its fashion makes complete sense. Tayln provocatively makes that eyepatch look as natural as wearing a pair of specs! 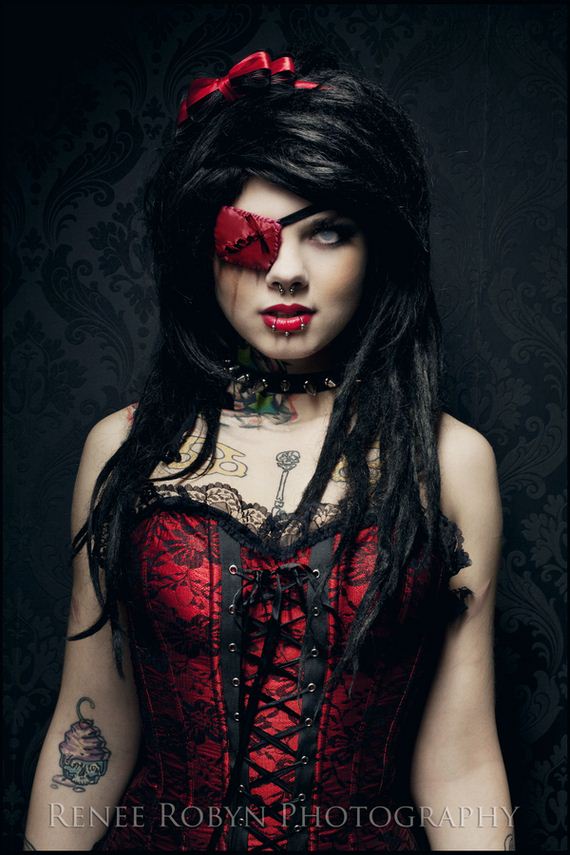 Cherry Amber shares her name with what is a prized fossilized tree resin. Known as a popular fashionista on LOOKBOOK, she has amazing hairstyling tips and shares how to DYI it all on YouTube. “Lolita Goth” is just one of her many looks! 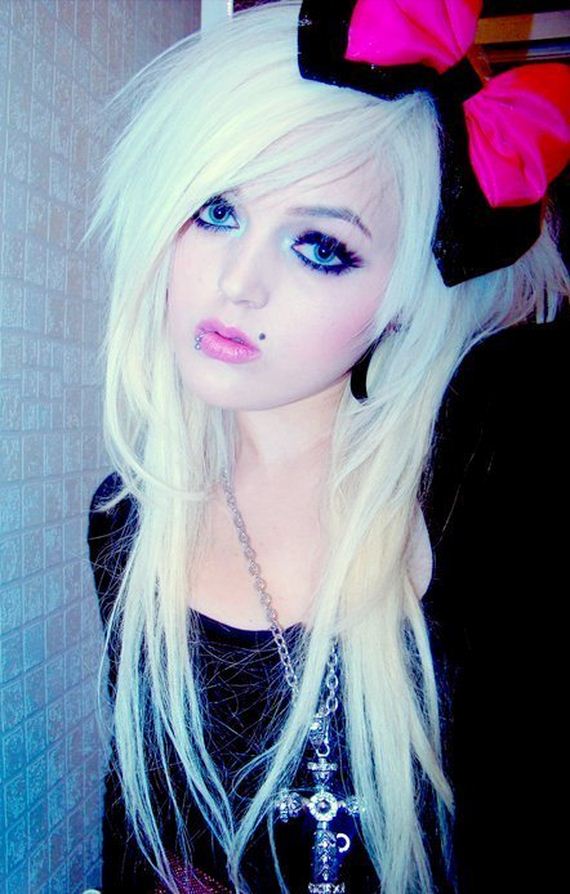 We’ve been noticing goth fashion utilizes crafty knick-knacks from the sewing store to create “strappy hairdos”. Sometimes long zippers get thrown in too alongside leather belts! One thing is for certain, goth girls are clever! 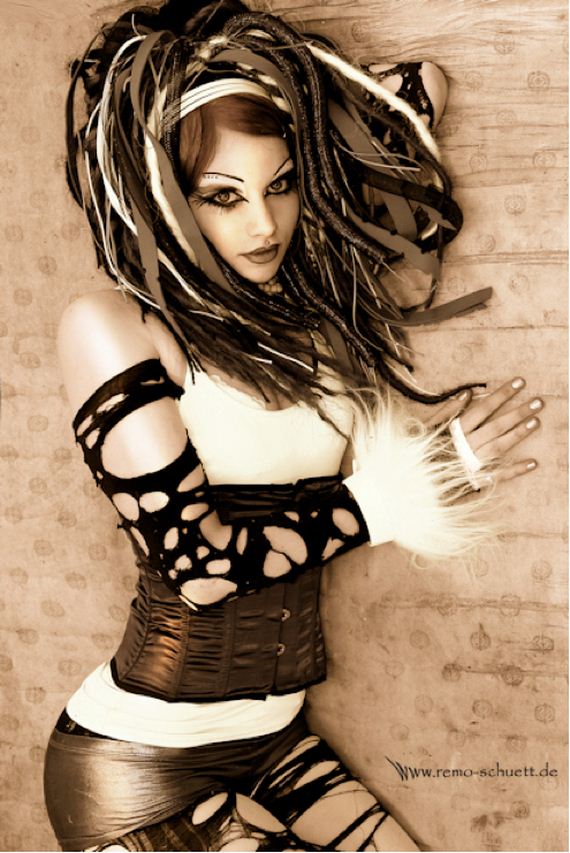 The German native from Berlin has a super cool blog and spread on LOOKBOOK. She travels around Europe and photographs street fashion in major cities. Additionally, doesn’t she make an intriguing goth fashion subject herself? Yes! 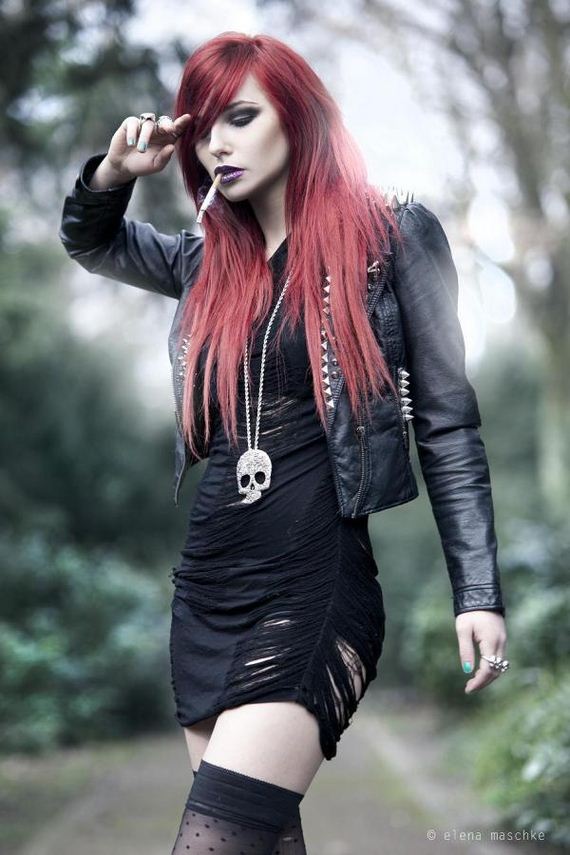 Being goth is actually a lifestyle, it doesn’t just mean you simply start wearing dark clothing. The culture revels a particular taste in music, aesthetics, and philosophy. This fair-haired gal is a poster child for the movement: mysterious, alluring, exotic and somber. 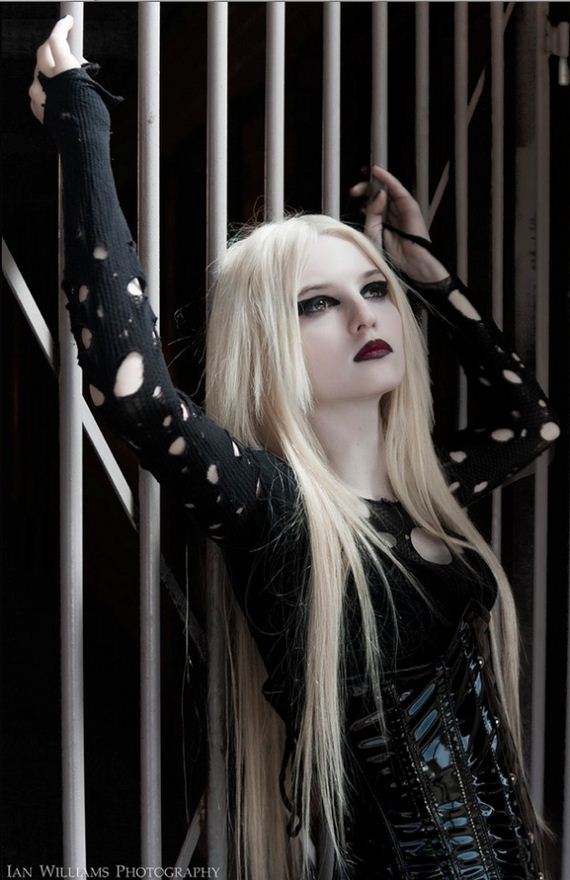 Almost.. Notice a resemblance to Tim Burton’s Corpse Bride? It must be those extra large gorgeous brown eyes. Everything is amazing here, the hair, piercings and makeup. Perfect! 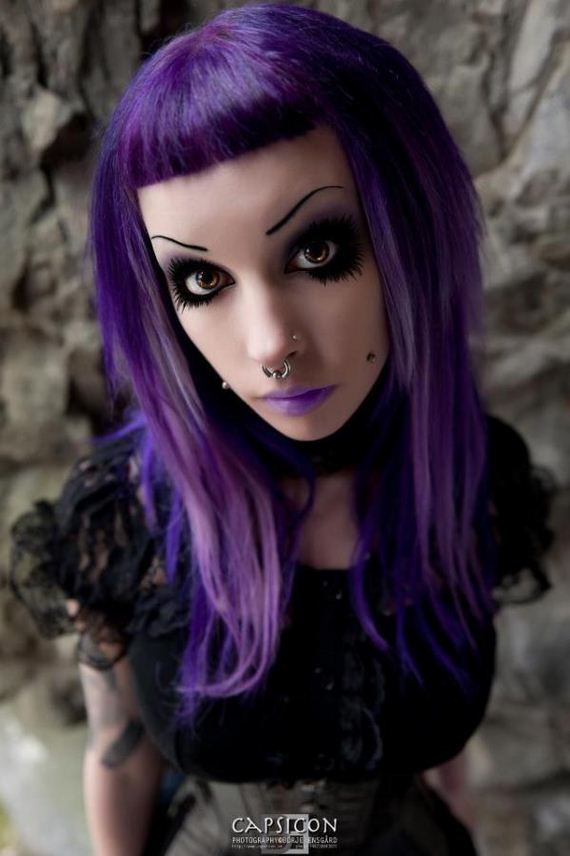 The blue eyed beauty is a Russian native. A quick look into her Model Mayhem profile will reveal an impressive profile specializing in goth fashions. She also does the Victorian era, but of the gothic horror genre. 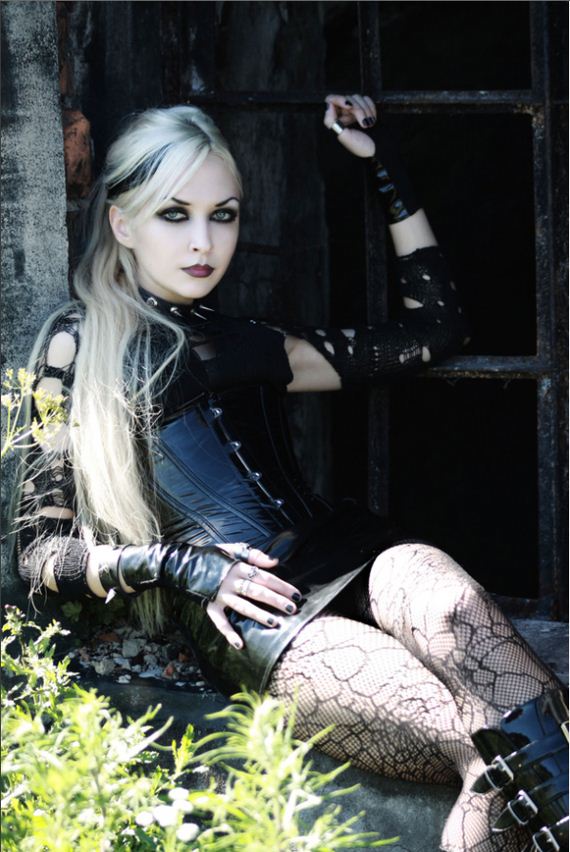 No one knows Apnea’s real name, but she’s an American “pin up” model solely photographed by her husband, Lithium Picnic. The term apnea means to “hold one’s breath”. Could that be what she’s doing here, or is it a baby pacifier? 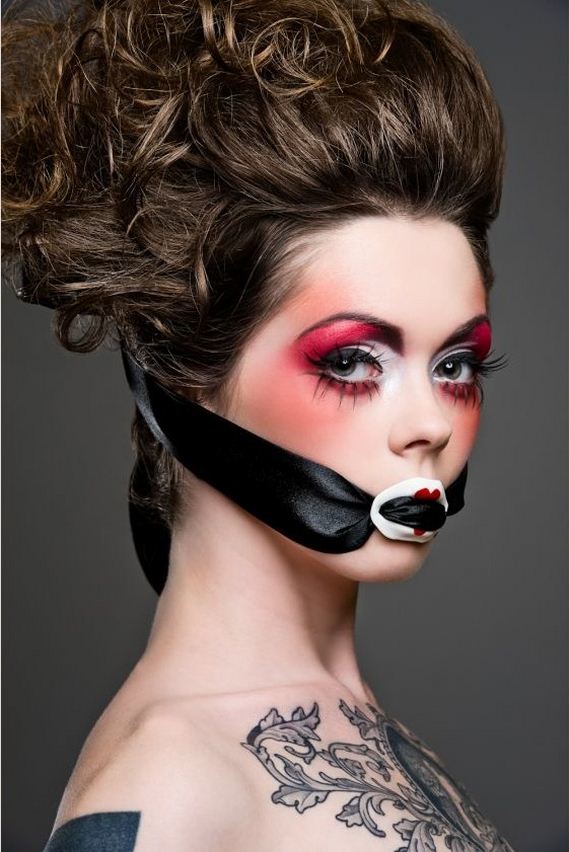 Could this lovely vixen be hanging at an underground club? Did you know there’s a guidebook to Goth culture? It’s titled: GOTHUS, ‘The Ultimate Goth Guide’. It covers goth history and answers questions on everything goth! 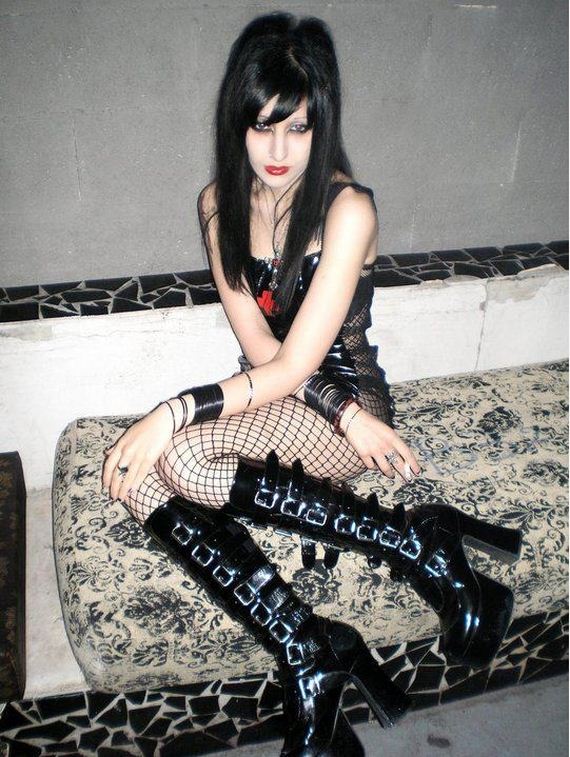 Cupcake is doing her lovely pastel goth outfit proud and we’re also spying on the awesome tattoos and hairstyle! She’s a perky goth who doesn’t brood. She likes to have fun! 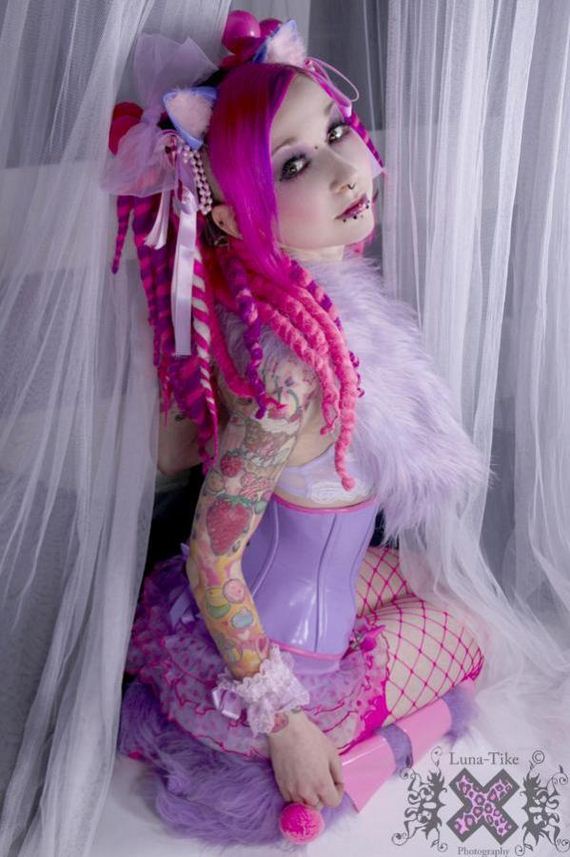 It’s brilliant how Goths turn traditional beauty on its head and yet end up so alluring! Makeup and fashion are effective ways to express your personality and taste. Goths are not stereotypically glam, but that’s what makes them rock! 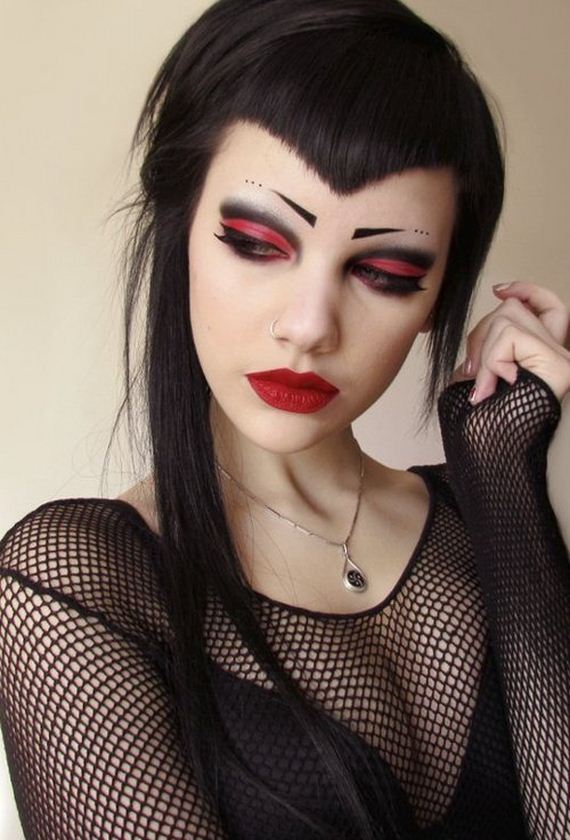 Gorgeous Alfiya is a Russian native and digital artist. She does incredible work revolving around the world of darkness and the sublime! We especially love her boots. Perfect for the dance move, “Gothic Slide”. 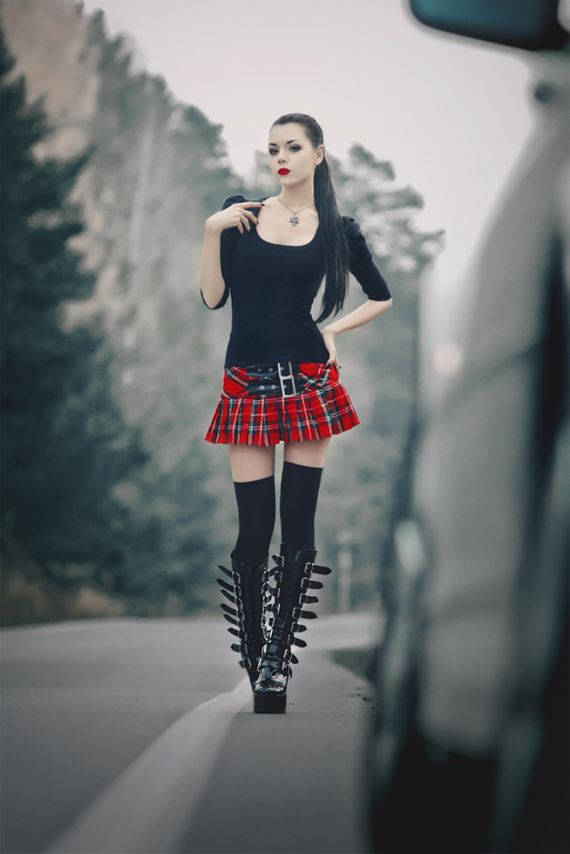 The basic ideology of the goth subculture is its emphasis on individualism and creativity. There are so many influences here: military, industrialism, fetish, Frankenstein horror and femininity. Do you recognize her? She’s Mira Nox. 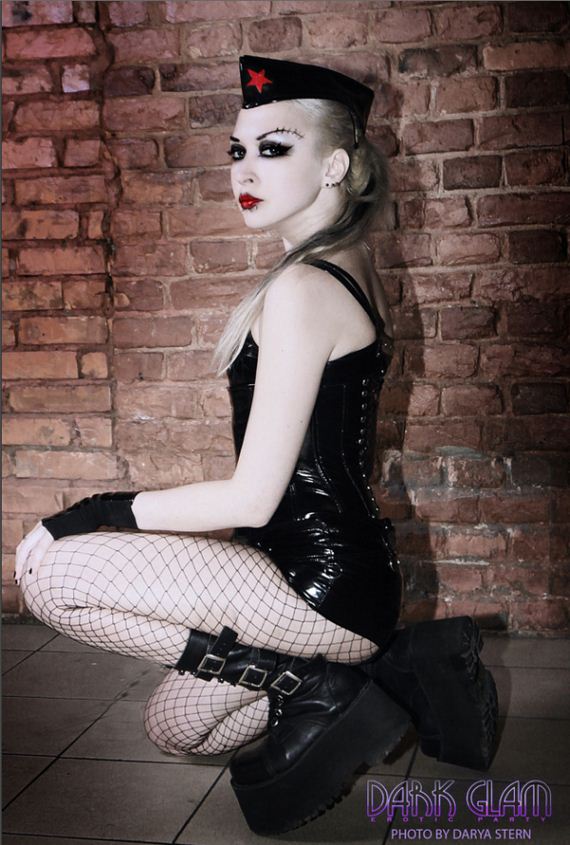 Wow, Cat Woman would be so jealous! This bondage babe is looking amazing in her shiny latex jumpsuit. That said, we wouldn’t want to mess with her! 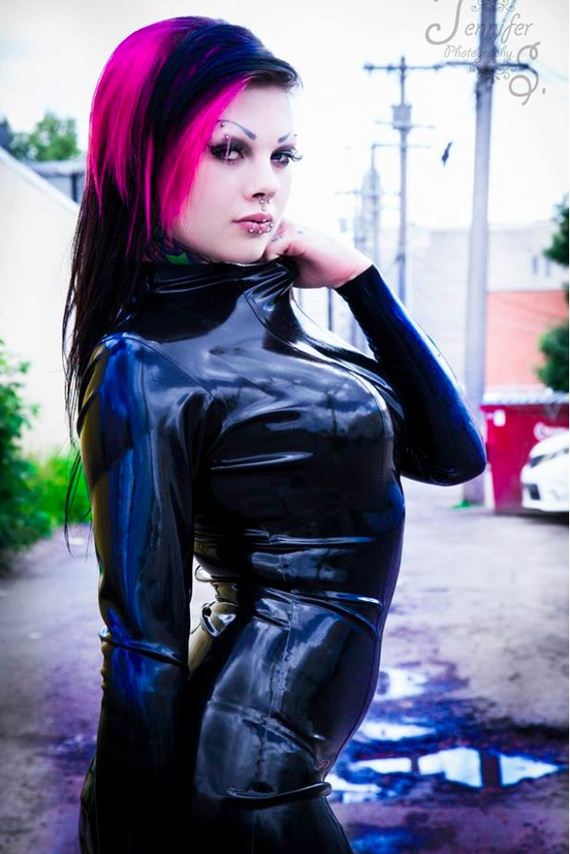 The effect of her hair is marvelous with gothic Victorian and industrial touches! Although the attitude and philosophy of what is goth remains constant, it still is indefinable and filled with delightful surprises! Lovely. 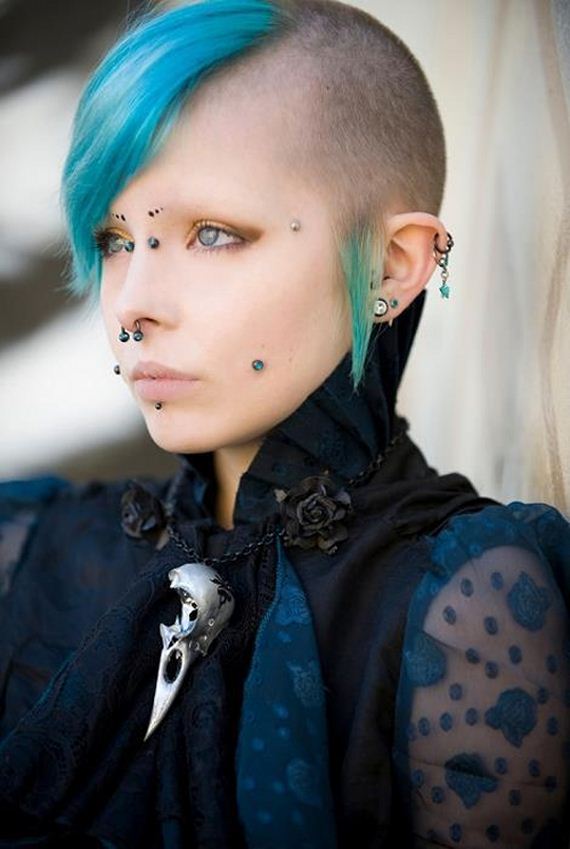 Steampunk can fit in both genres of punk and goth. Either way this mistress is divine with her Victorian gown! Wearing the color purple with a corset, she could be straight out of James Joyce’s 1914 story, ‘Araby’! 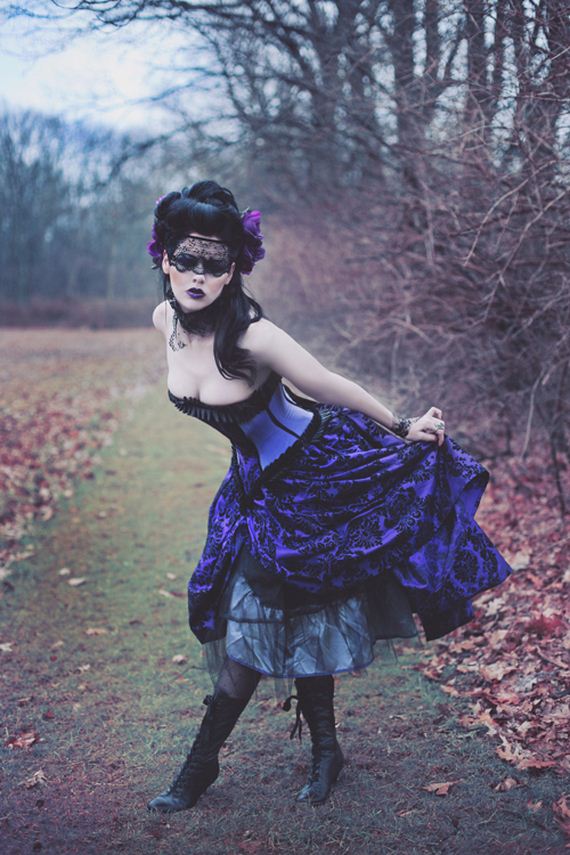 Goths are so lucky because everyday is Halloween! How much fun is that?! Upon closer inspection of the “strappy hairdo”, we see it’s actually more like a Medusa head-dress. Very cool! 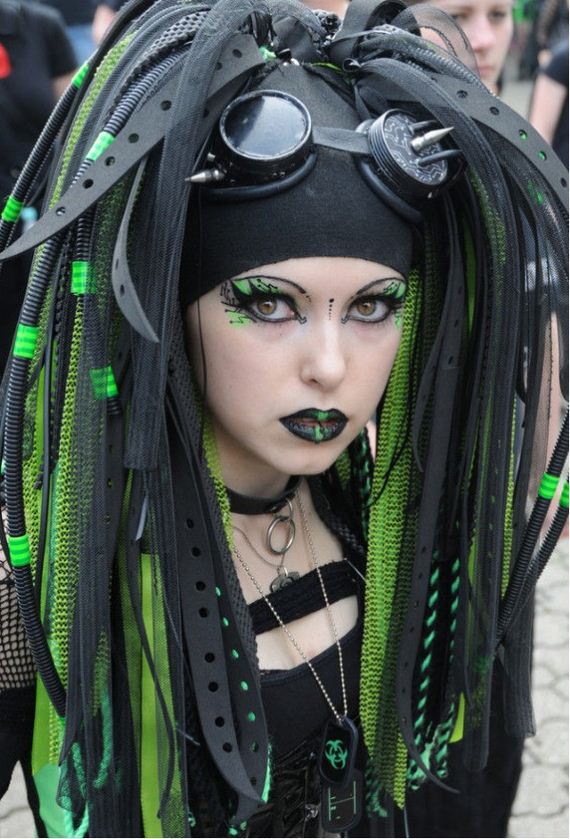 Fashion designers have emulated goths since their beginnings alongside the early ’80s British post-Punk era. Bibian Blue is a designer out of Barcelona specializing in beautiful corsets and glamour couture. Check out their amazing online shop! 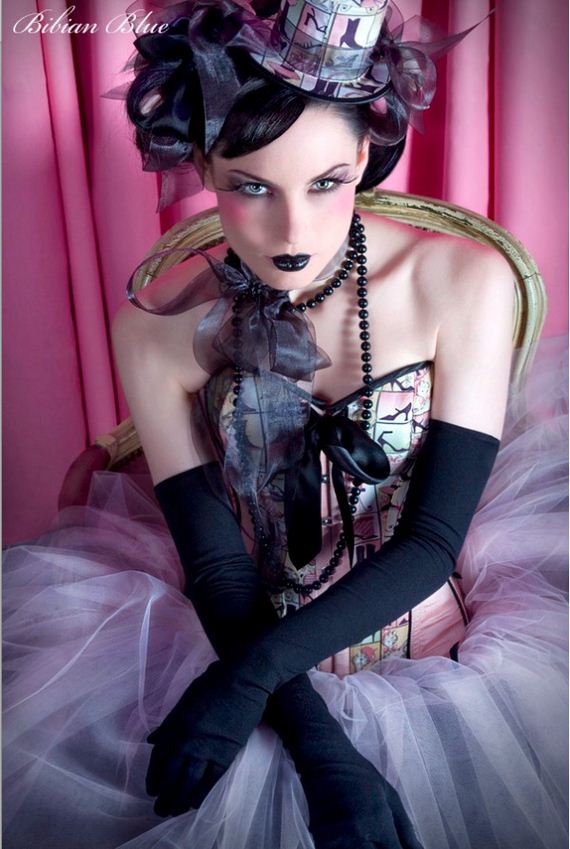 Although this beauty is dark haired, she looks to be of Irving’s, ‘The Legend of Sleepy Hollow’! She’s elegant, wealthy and refined, but perhaps like Lady Van Tassel, she is not without darkness. The “bat” accessories gives her away. 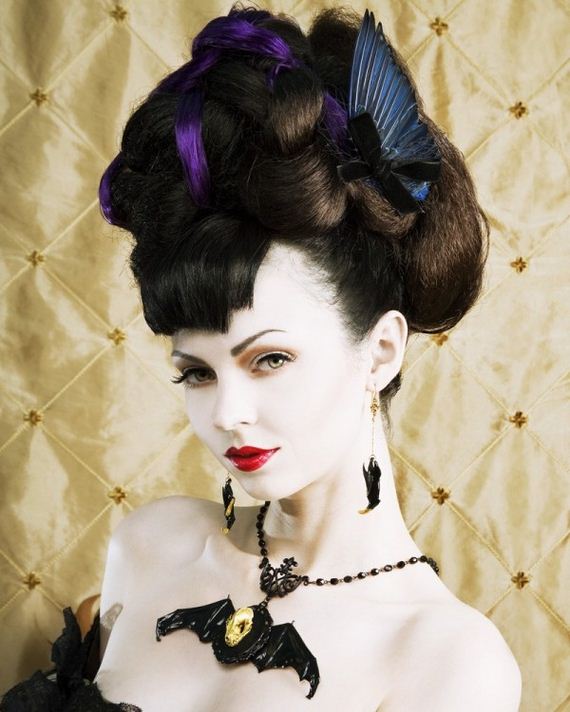