10 Worst Tinder Dates Ever (As Witnessed By Bartenders)

“I went over to check on his date, and as I got closer I saw that she was crying.”

Online dating has made the bar scene a pretty awkward place—especially for your bartender, who has to witness your cringe worthy first date, firsthand. But the first (and presumably last) Tinder dates that these 10 bartenders encountered go above and beyond not recognizing your date immediately, or using a lame excuse to get yourself out of there.

Read on for some of the worst Tinder dates ever witnessed by your local bartenders—we hope they at least left a decent tip!

1. The Text Message Peace Out
“A guy and his date sat down at the bar after having a little bit of trouble recognizing each other, and three rounds of top-shelf cocktails later, the guy disappeared to use the restroom. It was kind of busy, so it took me a while to realize that he had been gone a long time. I went over to check on his date, and as I got closer I saw that she was crying. When I asked what was wrong, she told me that the guy had TEXTED her saying he wasn’t interested. He left her with the entire bill.” -Scott, 29

2. Daddy Issues: Resolved?
“The bar I work at is by a college, so the patrons are always pretty young and I always have to card. A girl came in who was just barely 21, and was waiting on someone to join her. The guy who came in could have been her father—he had salt and pepper hair and visible wrinkles, I’d say he was in his mid 40s. He comes up to the girl and introduces himself as Dan, and I watched the girls eyes widen with shock. The two ordered drinks even though she was clearly uncomfortable, and when I went back to deliver them I heard him say something to the effect of, ‘I know I’m older than I said, but there must be some daddy issues that you want to work out…'” -Lindsay, 22

3. An Early Halloween
“It was Halloween night right after work, so no one was dressed up at the bar yet. This girl comes in wearing a super slutty nurse costume with the hat and everything. She goes up to one of the men drinking at the bar and says, ‘Are you Chen?’ The guy says, ‘No sorry,’ so she walks around until the guy she was supposed to meet shows up — in a full suit. He was definitely surprised to see her dressed up, and she was definitely surprised to see what this guy looked like in real life…since the man she first thought he might be was much, much older.” -Khad, 25

4. You Can Still Tinder When You’re Homeless…
“We do $3.50 mixed well drinks on Wednesdays, which is when this couple came in. The girl got there first and ordered a drink and paid for it. The guy shows up with what looks like camping gear, sits right next to her and they take a minute or two to realize who each other are. As time goes on I overhear the guy tell his date that he recently lost his job. When she asks about the backpack, he says that since he’s been laid off he’s been crashing on his buddies couches…but that he spent last night sleeping in the park by the bar. He also admitted that he chose our bar because of the special…but that he could only afford to pay for himself. I felt so bad for her!'” -Crystal, 27

5. The Tinder Marathon Dater
“I once watched this girl bring in three different Tinder dates to the bar in one night. She got there at 5, met a guy who was extremely well dressed, and told him at around 6:30 that her friend was coming to meet her and that he should go. That friend was Tinder date number two (I saw her going through his photos for reference before he arrived). Date number two looked like he just stepped out of the wild wild west. He had a super thick accent, and ‘yes ma’amed’ her after everything she asked him for another hour and a half. We all thought she was done after that one, and started cracking jokes with each other that she should’ve stuck with option number one, but then she ditched date two for date three…who looked like Screech from Saved By The Bell. They made out hardcore for like 30 minutes at the end of the date, and I’m pretty sure she ended up taking him home…” -Carla, 32

6. Giving Him The Slip
“This woman was alone at the bar for around 20 minutes or so, but kept saving the seat next to her. I could tell she wasn’t just waiting on a friend, because she was visibly annoyed but also seemed nervous. Her date walks in, and asks two other girls ‘Hey are you Steph?!’ I watched the girl realize that this was the guy she was supposed to meet up with, quietly slip a $10 onto the bar, gather her stuff and head for the door. She almost made it, but he saw her and caught up with her. They exchanged words, she left, and the guy came back in and sat down at the bar, and told me that his date had just left to see if she could find her missing glove (Spoiler Alert: She never came back).” -George, 27

7. The Extreme Cheapskate
“We have this special on Tuesday nights where everything at our bar is half-priced from 6-9. There’s this one kid who comes in without fail every Tuesday with a new Tinder date, and no matter how well things seem to be going, he doesn’t ever let his date order a drink past 9 pm…when the special ends. What a guy.” -Leslie, 24

8. The Loudest Date Ever
“I work at a low-key wine bar on the Upper East Side, where the volume levels are always kept very low. It’s mostly just older couples that come in whenever they can find a babysitter, and they have one or two glasses of wine and head home. One night that peace and quiet was severely disturbed by a loud-mouthed 20 something who sounded like Gilbert Gottfried. He talked my ear off for the five or so minutes he was waiting for his date. When she got there, the first thing he said was, ‘Wow, you look so much more gorgeous in person!’ and proceeded to talk loudly about the other women he had encountered on Tinder and how she was so much better looking … which might have been fine if they weren’t in such a quiet place (and if he didn’t have the voice of Gilbert Gottfried).” -Elaine, 41

9. The Overdrawn Date
“One night this guy came in and sat at the bar, ordered a beer and we got to chatting. He told me he was meeting a girl there for their first date, and said they’d met on one of the social websites. He was visibly nervous and was about 45 minutes early for their date. By the time she got there he had a couple of beers and was feeling pretty good. She arrives, orders a cocktail, and they chatted for a while, they ended up ordering food and staying at the bar. Everything seemed to be going fine, until she got up to use the bathroom and the guy asked me for the check. I go to run his credit card and it’s declined. He seemed a bit flustered, and gives me another one to try with the same result—declined. She comes back from the bathroom, and it was an awkward moment because I was trying to not make him look bad, so I didn’t say anything about it. He told her he was trying to pay, but both his cards were declined. He got up out of embarrassment and went to the bathroom. She pulled her credit card out and paid the check and said, ‘Looks like he isn’t getting a second date!'” -Todd, 36

10. The Fake Regular
“I bartend in Brooklyn at what’s considered a pretty ‘hipster’ spot. This guy shows up trying so, so hard to fit in, but he looks like he just walked into Buffalo Exchange and threw on a bunch of random things. The girl gets there and you can tell she barely recognizes him. I come over to take their order and the guy says, ‘I love this bar, I’m here all the time, right Jessica?’ My name is Christine but I let it slide and agree with him. Then he asks me to make ‘that drink I made him last time’ and I have no idea what that is, and when I try to get him to at least give me a hint he says ‘Oh, you know the one, I’m here all the time, I practically LIVE here!’ The girl was not impressed. Neither was I.” -Christine, 23 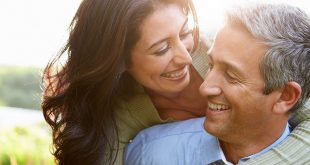 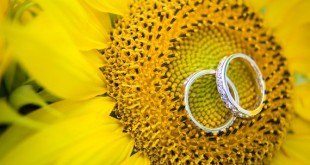 23 “Love” Notes That Show What Marriage Is Really Like

Being Single Isn’t The End Of The World—10 Reasons Why It Rocks!

The football field was lit up by a pathway of candles, leading the way to …