15. Greg Norman and Laura Andrassy
Settlement Amount: $103 million
After 25 years of marriage, Australian golfer Greg Norman split with his wife, Laura Andrassy, handing over $103 million in the divorce settlement. Norman left Andrassy in 2006 for Chris Evert, a former world #1 ranked women’s tennis player, but this marriage dissolved after only 15 months. 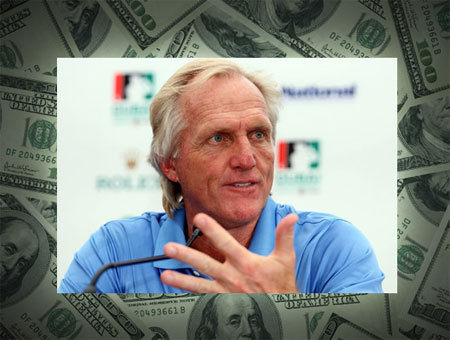 14. Tiger Woods and Elin Nordegren
Settlement Amount: $100-$110 million
The events leading to the divorce of golf superstar Tiger Woods and Swedish model Elin Nordegren caught the media spotlight after Woods was involved in a single-car accident over Thanksgiving weekend 2009. Eventually, Woods admitted his infidelities and announced an indefinite break from golf, although he would return to the sport for the Masters in April. Woods remained winless for the whole of 2010. 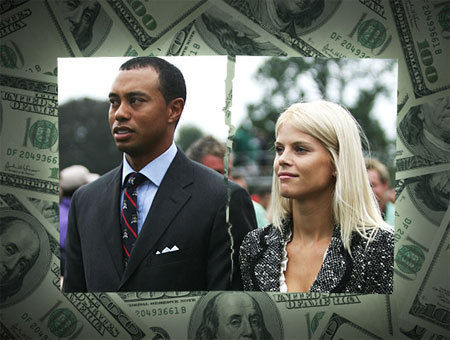 13. Frank and Jamie McCourt
Settlement Amount: $131 million
The former owner and chairman of the Los Angeles Dodgers, Frank McCourt, made most of his money in the real estate development business, but was set to lose a healthy portion of it when it was announced that the couple was splitting after 30 years of marriage in 2009. In a messy divorce, McCourt fired Jamie as CEO of the Dodgers and as part of the divorce settlement, Jamie relinquished her ownership stake in the team after receiving a $131 million settlement. 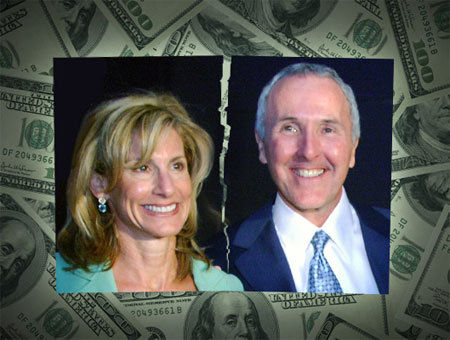 12. Neil Diamond and Marcia Murphey
Settlement Amount: $150 million
After 25 years of marriage, singer Neil Diamond and his then-wife Marcia split in 1996 after rumors of Neil’s infidelity encouraged her to file for divorce. In the settlement, although the official numbers were never made public, Diamond has been quoted as saying that Marcia had received $150 million in the divorce. 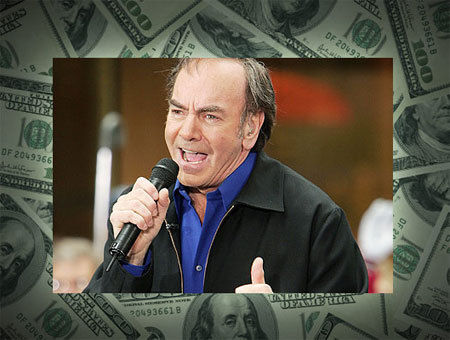 11. Samathur Li Kin-kan and Florence Tsang Chiu-wing
Settlement Amount: $154 million
Although this divorce may have happened under the radar for most of the Western world, the split of Samanthur Li Kin-kan, an heir to a Hong Kong real estate fortune, and his wife, Florence Tsang Chiu-wing (pictured), is thought to be the largest ever in Asia. The settlement topped out at HK$1.2 billion ($154 million), which included properties around the world, cash payments and the distribution of other assets. 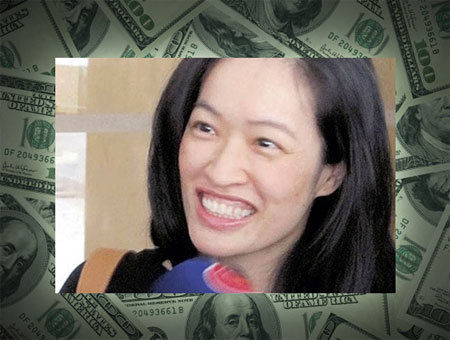 10. Michael and Juanita Jordan
Settlement Amount: $168 million
Basketball legend Michael Jordan and his wife Juanita split up in 2006 after 17 years of marriage, and one year later came to a divorce settlement of $168 million. The couple considered divorce in January 2002, but reconciled their differences shortly thereafter. The final divorce settlement included not only the cash payout, but the couple’s seven-acre estate in Chicago and custody of their three children. 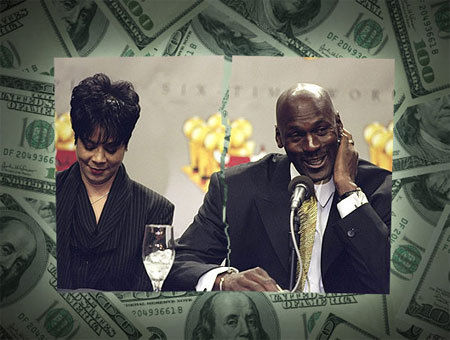 9. Michael and Maya Polsky
Settlement Amount: $184 million
In 2003, Maya Polsky, wife of Michael Polsky, filed for divorce and wound up settling for $184 million. Polsky, the founder, president and CEO of Invenergy LLC had an estimated $368 million in cash and assets with his wife prior to the divorce, and she got half of it. 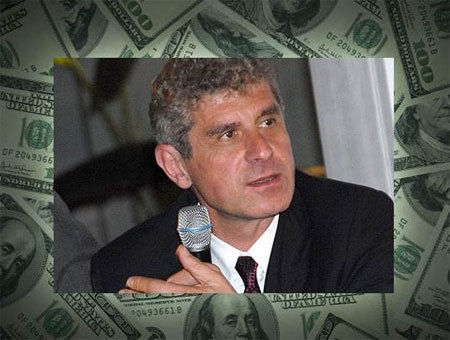 8. Roman and Irina Abramovich
Settlement Amount: $300 million
In what had the potential to be the most expensive divorce settlement of all-time, Roman Abramovich’s divorce from Irina Abramovich only ended up costing the Russian billionaire $300 million. At the time (2007) Roman was listed by Forbes as the 16th richest man in the world, and it was speculated that Irina could be awarded up to half of her former husband’s $18.7 billion net worth. Instead, she was awarded less than 2 percent of his fortune. 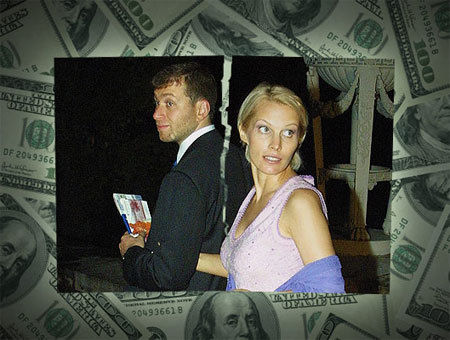 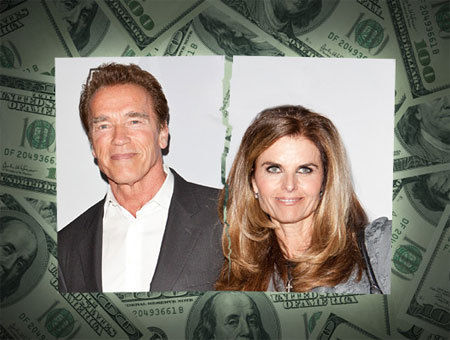 6. Robert and Sheila Johnson
Settlement Amount: $400 million
Robert Johnson, the co-founder of BET and America’s first African-American billionaire, also has one of the biggest divorce settlements in history. After a marriage of over 30 years, the couple split up in 2000 and Sheila received an estimated $400 million in the settlement. Both have continued their business dealings, owning majority stakes in professional men’s and women’s basketball teams. In 2005, Sheila married William T. Newman Jr., the judge who presided over her original divorce case. 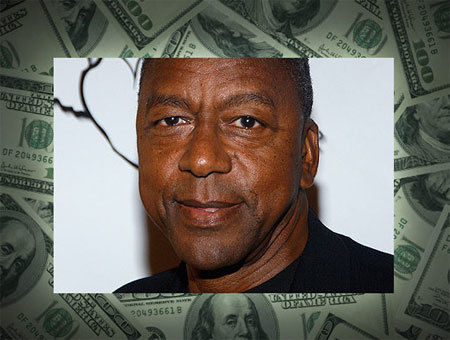 5. Mel and Robyn Gibson
Settlement Amount: $425 million
In what is the biggest celebrity divorce of all-time, Mel Gibson reportedly handed over half of his $850 million fortune when he split with his wife of 31 years, Robyn. The divorce was finalized in December 2011 after being filed more than two years earlier, following the release of photos showing the actor in an embrace with Russian singer-songwriter Oksana Grigorieva. 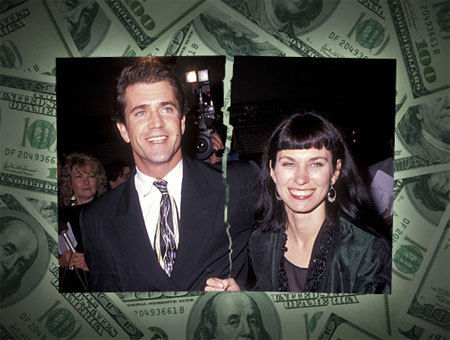 4. Craig and Wendy McCaw
Settlement Amount: $460 million
The Seattle-area businessman and founder of McCaw Cellular, Craig McCaw and his wife Wendy split up, in 1998, just a few years after selling the company to AT&T for between $11-$12 billion. 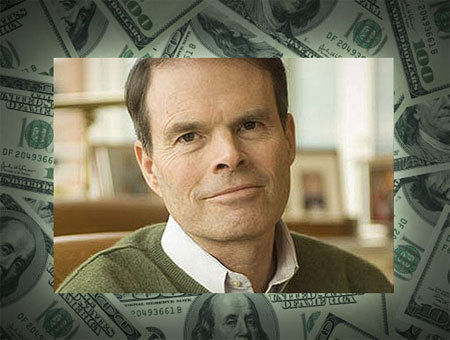 3. Adnan and Soraya Khashoggi
Settlement Amount: $874 million
For almost two decades, Saudi billionaire entrepreneur and arms dealer Adnan Khashoggi held the record for the most expensive divorce settlement in history. Although they filed for divorce in 1974, it took Soraya until 1979 to sue – for a sum of $2.54 billion – her ex-husband for the rights to cash in the wake of their breakup.
In 1982, the couple agreed to a settlement that landed British-born Soraya (originally Sandra Daly) $874 million. At one time, Adnan was estimated to be worth $4 billion, but lost his billionaire distinction in 2007, with no help from his costly divorce. 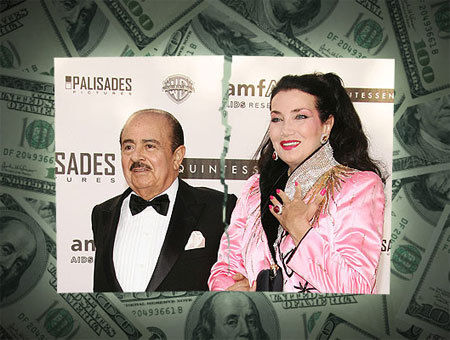 2. Bernie and Slavica Ecclestone
Settlement Amount: $1-1.2 billion
The 2009 divorce between billionaire Bernie Ecclestone and his wife Slavica was at the time thought to be the most expensive in history – in the range of $4 billion. However, the final settlement is estimated by various reports to be in the range of $1-$1.2 billion. The settlement has not been made public, but experts from across the globe believe the latter number is more realistic.
Since the settlement, Slavica, a former Armani model who stands nearly a foot taller than her ex-husband, has been buying some new toys with her wealth, now estimated to be £743 million ($1.16 billion) by the Times of London. Part of her recent shopping spree is a new $60 million private plane. 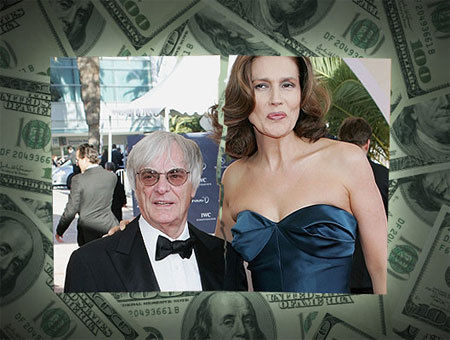 1. Rupert and Anna Murdoch
Settlement Amount: $1.7 billion
The most expensive divorce in the world to date occured between Australian media mogul Rupert Murdoch and his former wife, Anna Murdoch (now Anna Murdoch Mann). After a marriage of 32 years and three children together, the couple split up in 1999. Under the settlement, $1.7 billion of Rupert’s fortune (which included $110 million in cash) went to Anna.
A mere 17 days after the divorce was finalized, Rupert wed Wendi Deng, 38 years his junior, while Anna married investor William Mann several months later. 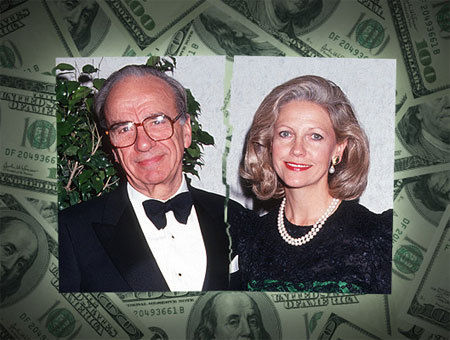