The Hollywood elite planning to attend the 55th Annual Grammy Awards in Los Angeles’ tomorrow have been told to keep it clean when it comes to their statement frocks.

Talk about J. Low. After the singer-actress flaunted her famous curves in the below-the-bellybutton-cut creation in 2000, the tropical-themed Versace immediately became immortalized as one of the most iconic Grammy Award dresses of all time. 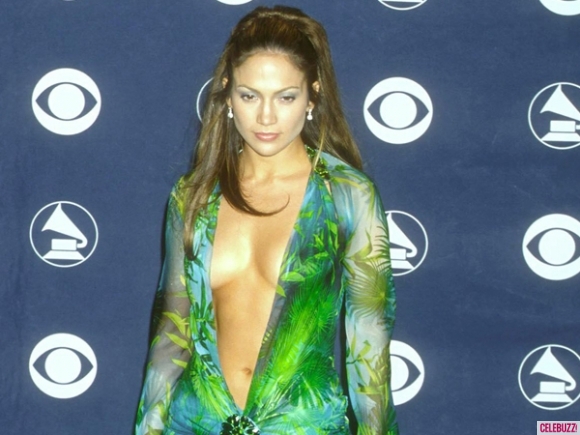 While she skipped her infamous VMA purple pasty, Lil Kim’s barely-there turquoise satin frock still let much of her curves hang free for all to see. But now new rules would stamp this dress as a big no-no. 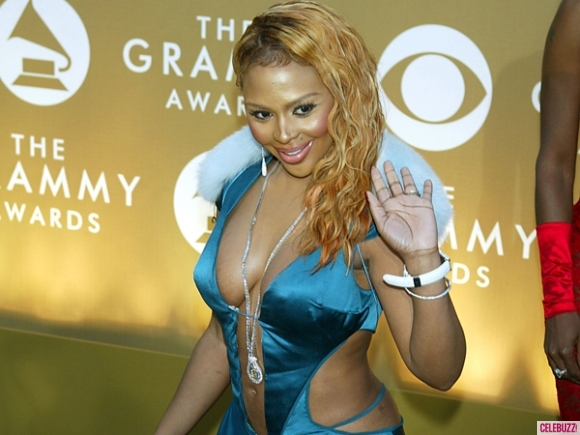 Toni Braxton letting it all hang out in her 2001 loincloth-esque dress — if designer Richard Tyler can even call it that — would no doubt violate all terms of the new dress code. 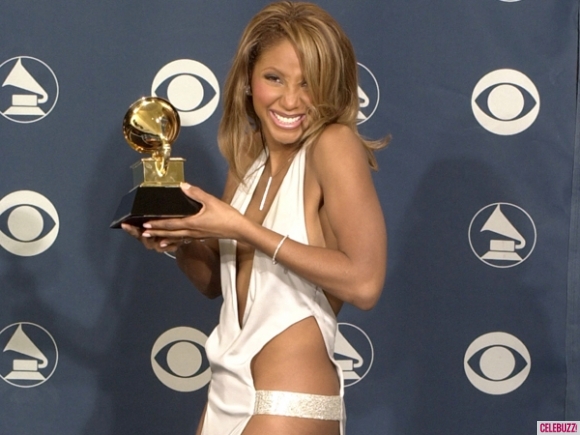 This gold sequinned number hugs all the right places but the neckline is far to deep. We’re presuming thigh-high splits are still OK but let’s face it, Heidi Klum could make a vajazzle look sophisticated if she wanted to.

Kimmy isn’t one to hold back when it comes to flesh-flashing statement numbers. She may have her boobs under concealed under all that fuss but she’s millimeters away from a knicker flash. Try harder next time KK.

Fergie’s got curves in all the right places and she’s not afraid to show them off. We’re guessing this super sexy bodycon mini wouldn’t make it through the vetting process this year, though.

OK, so as Katy Perry’s fruity outfit choices go, she’s pretty well covered up here. There’s a bit of tum and a hint of cleavage on show but we just know she’s got some sexier, sassier number tucked away that she’s been saving for the Grammys 2013. Better luck next time, Katy!

She may be 43 years old but J-Lo’s figure is still up there with the best of them. We’re assuming there’s too much leg on show here… and that cleavage! Put it away!

Jennifer Hudson usually takes her inspiration from Adele so we were a bit surprised when she came along in this ill-fitting number in 2011. We’re hoping she learned her lesson though, ‘coz it could get awkward when she fails to make it past security on Sunday!

We bet you can just about see Eva Longoria’s butt cheeks in this tiny frock.

All eyes were on Adam Levine’s then girlfriend Anne Vyalitsyna when she stepped out in this barely there ensemble in 2012. Good job she showcased it while she could because she’d have been left at the door if she’d turned up in it this time around.

So Nadeea must be like the American version of Jodie Marsh, right? We’re not sure what she was doing at the Grammys in this excuse for an outfit at the time but she’s almost definitely been scribbled off this year’s guest list.

There are no boundaries when it comes to RiRi as proven here in 2011. And because she’s the hottest thing on Earth right now she will no doubt wear what the hell she likes to the do tomorrow, she usually does.