They Changed the Standards of Beauty

To quote BBC’s Sherlock: “Uh, beauty is a construct based entirely on childhood impressions, influences and role models”. These standards change from generation to generations, but for the past couple of years the media has been pushing the same standard of beauty on everyone – runway models, Victoria’s secret models. Those standards exclude a lot of people, and misrepresent the society. It only hurts the young generation. So lets celebrate all kinds of beauty. Here are some of the heroes who dared to challenge the standards of beauty and prove that everyone is beautiful in their own way. 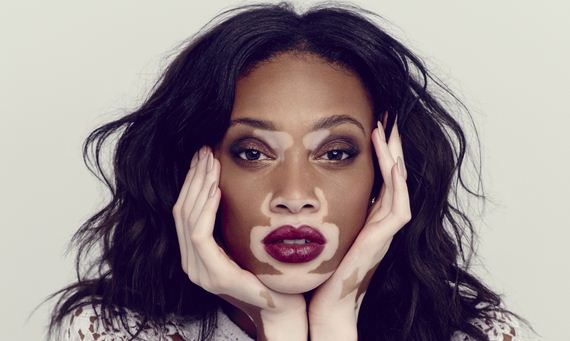 Winnie Harlow is a famous Canadian model that has managed to turn her disease into a profitable career that made her world famous. She was diagnosed with vitiligo when she was four and had quite a hard time fitting in at school. Her classmates teased her because of her patchy skin and called her all sorts of horrible names. In the end she decided to drop out of highschool. After that Winnie decided to accept the fact that she looks different and see it as a positive thing. Her fame came to her after she became a contestant at the America’s Next Top Model. She was eliminated quite a few times and ended up not winning the contest but she became very popular with the public and gathered quite a big following. In 2014 she got a job modeling for Desigual, which became a big professional break for her. 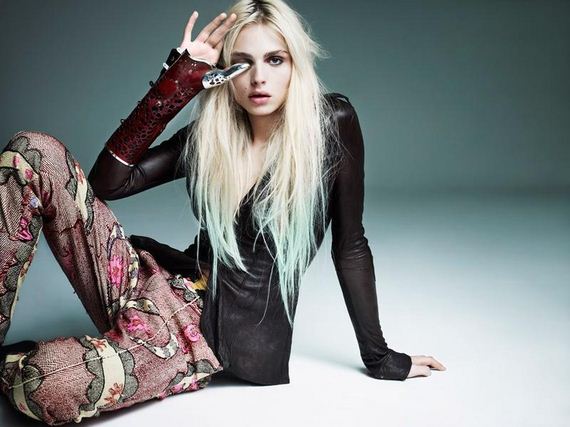 Andrei Pejic is a famous transgender Australian model whose androgynous looks made it possible to model both as a man and a woman. A lot of magazines labeled Andjei as an androgynous, while she said she lives “in between genders”. Andjei was scouted at the age of 17, while working at McDonalds. Since then Andjei walked both male and female runways for Jean-Paul Gaultier, Marc Jacobs, Michalsky, modeled bridal dresses for Rosa Clara and many other fashion shows. In 2014 Andjei had a sex reassignment surgery and intends to live her life as a transgender woman. One of her biggest accomplishments is that she’s been the first openly transgender woman to appear in Vogue. 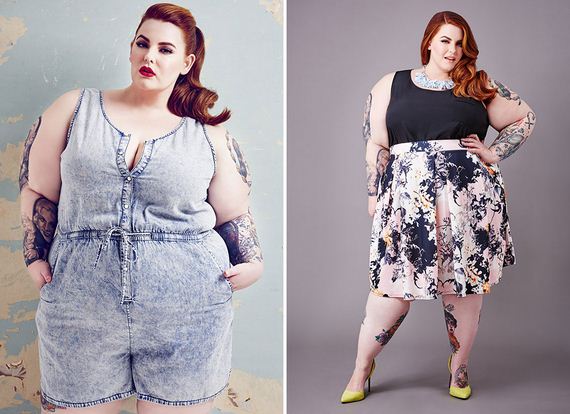 Tess in an American plus size model. Her career as a model was kickstarted when she created the #effyourbeautystandarts movement on Instagram back in 2013. Since then she has been named one of the top plus-sized models by Vogue Italia, Refinery29 and The Huffington Post. She’s been recently signed by Milk Model Management. That makes her the biggest plus-sized model signed by a mainstream modeling agency. Tess describes herself as a +Size Model, body positive activist and a feminist. Her legacy is to show that everyone is beautiful, not matter the size. This lady is a successful model, makeup artist and blogger. She managed to turn her hobbies into a career and is living the dream! 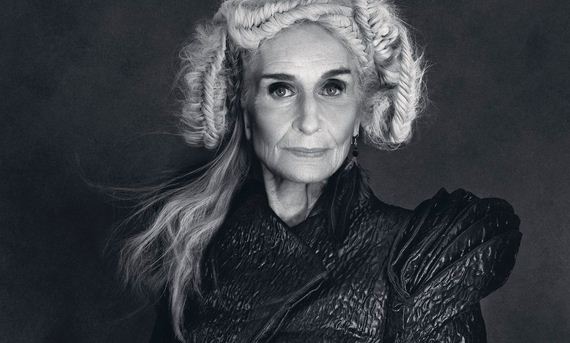 Daphne Selfe is the the oldest model in the world. She’s 83 and still rocking it! She hasn’t had any surgeries or botox done, she doesn’t use expensive cosmetics, she has long grey hair and she looks her age, but she’s still beautiful. Just recently Daphne posed for a charity photoshoot wearing a replica of Madonna’s famous corset and coned bra. Daphne has modeled her whole life and is surprisingly not vain about her looks. She says she’s ok with her body, but her arms have brown spots on them so she prefers long sleeves. It’s incredibly brave of her to still model at 83, and use no photoshop. She’s doing a lot of good and helping to change the image of older women we’re used to, she’s proving that you can still look great and be an active person even if you’re old. 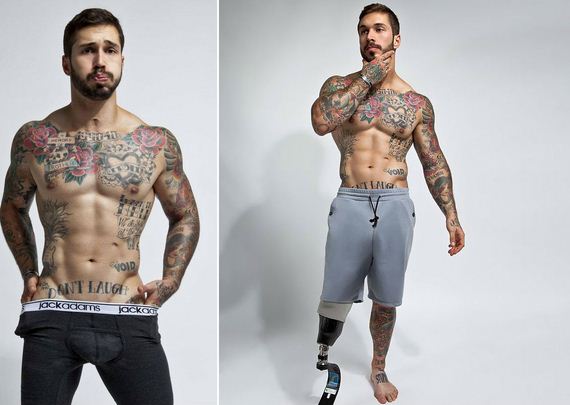 Alex is a former marine. He never planned to become a model. His story sounds like something out of a Hollywood movie, but it’s actually all true. During his first tour in Afghanistan, back in 2009, his car got blown up on a roadside bomb. His jaw was broken in several places, his arm torn to pieces and his leg completely blow of below the knee. On top of that he also had a brain trauma and spend more than a month in coma. Doctors said he probably wouldn’t survive. But Alex pulled through and after a period of depression decided to get sober and sort out his life. At this point he still didn’t even think of becoming a model. He decided to go to the gym twice a day 6 times a week, just to ingrain some healthy habits and have something to do. During one of his gym workouts he was approached by a photographer who said he’d like Alex to model for him. Alex initially thought it was a joke, but eventually agreed. The rest is history. He’s now a world famous model, challenging the standards of beauty and proving that missing a limb shouldn’t stop you from succeeding in life 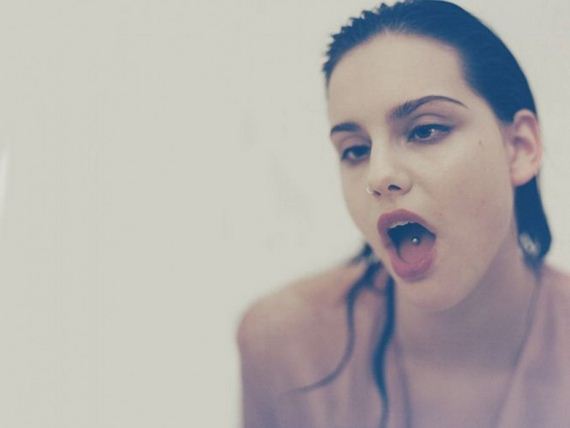 Moffy is a British model. She’s only 19 and she’s already taking the modeling world by storm. Moffy has strabismus, which means she’s a bit cross-eyed. When asked how does she feel about being a model and having strabismus and challenging the notion that all models should look perfect, Moffy says it was never her goal to take a stand or challenge stereotypes. It just kind of happened. But she’s glad that what makes her different is helping other people accept their own flaws and feel better about themselves. Moffy doesn’t see her condition as something that affects her life in any way, she just says she has a funny eye. She says that she thought about having surgery and fixing her eye, but decided against it, because it felt like she wouldn’t be true to herself. Her “flaw” is now what sets her apart and makes her more interesting. 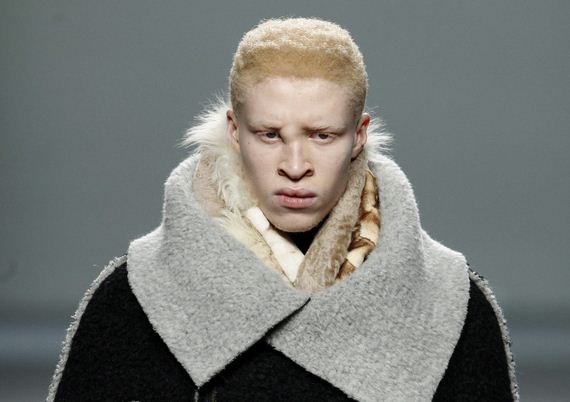 Shaun Ross is a fashion model. What sets him apart and makes him special is that he’s an albino. He’s actually the first male albino model in the world! Shaun had quite a tough childhood. He was born in Bronx and was often teased and bullied for his looks. He has a background in dancing, he trained at Alvin Ailey for 5 years. Popularity came to Shaun from Youtube and in 2008 he switched from being a Youtuber to being a professional fashion model. Since then he’s been signed by both American and British modeling agencies and has appeared in music videos of famous celebrities. He worked with Katy Perry on her music video “E.T.”, he’s been featured in Lana Del Rey’s short film and he’s been in three different Beyonce music videos. Shaun also appeared on the Tyra Banks show where he talked about how different life has been for him. 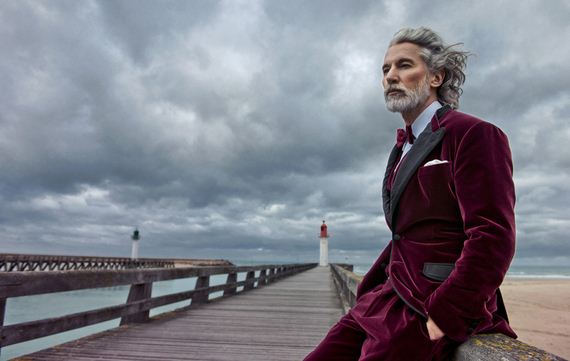 Aiden has many talents. He’s a musician, an author, an actor and a model and just an all around beautiful and intelligent man. His life took a lot of turns, at some point he starred in 18+ movies, but he managed to get his life together. He has 6 published works and 2 music albums. But he’s mostly known for his modeling. Aiden never set out to be a model, however he always was into arts. His interest in fashion started when he was 14, he found Goth/Punk youth cultures to be fascinating and started dressing accordingly. During his education years he switched a lot of universities. Aiden studied Creative Arts, Expressive Arts, Film, Television, Photography and Video, he even spent 2 years at Manchester Youth Theater. In 2011 he was contacted by GQ and invited for a photoshoot. It’s quite unusual for modeling agencies to sign models in their 40’s but nonetheless Aiden is now represented by four different huge model agencies in Paris, Barcelona and New York. He modeled for such famous magazines as Esquire and GQ style, and many others. He’s another proof that age shouldn’t stop you from achieving great things. 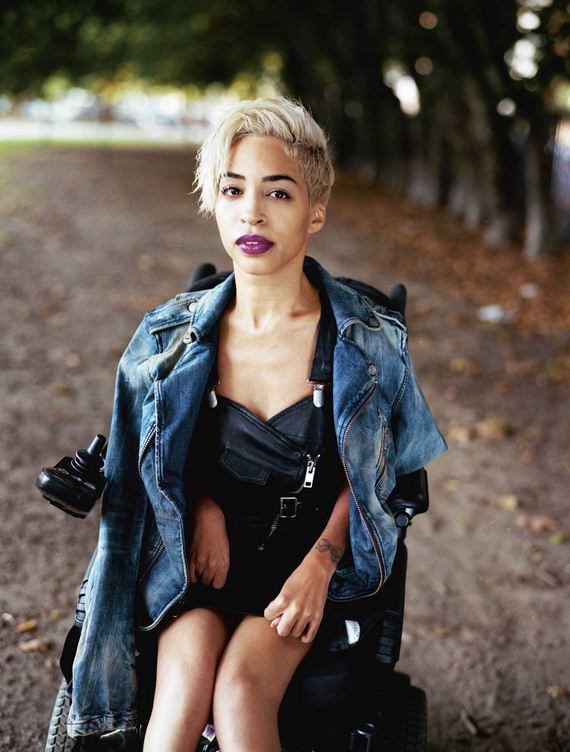 Jillian is an american model, and it just so happens that she also suffers from muscular dystrophy. She’s a really brave and beautiful girl. She participated in the “What’s Underneath Project” how did she manage to turn her struggles into her strength Jillian says that one day she just woke up and thought “I’m so over this. I’m not going to sit in the corner my whole life, just crying about something i really can’t change”. She embraced the fact that she’s different and made a decision not to let that stop her. She’s a fashion editor, blogger and a star of Diesel’s “We Are Connected” campaign.