Fans have been crying out for a Zoolander sequel and while the movie is still some way off, Ben Stiller and Owen Wilson gave a taste of what is to come at Paris Fashion Week on Tuesday.
The duo hit the catwalk as their alter-egos, the ‘really, really, ridiculously good-looking’ Derek Zoolander and his rival-turned-friend Hansel during the Valentino Autumn/Winter 2014 presentation in the French capital.
The surprise appearance saw the duo, dressed to impress in printed suits with coats over their shoulders, give their best ‘blue steel’ impressions as they strutted their stuff . 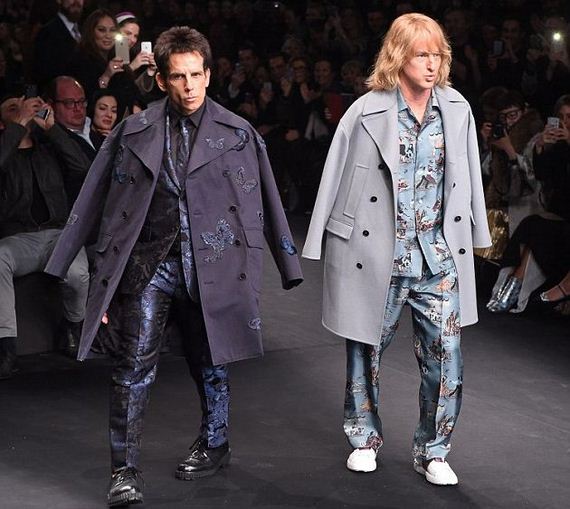 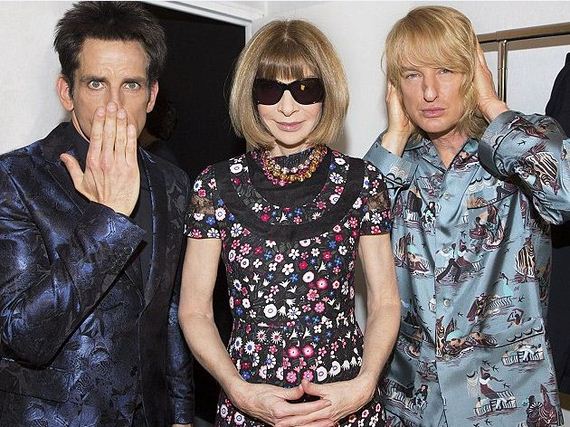 ‘Speak no evil. See no evil. Hear no evil’ US Vogue’s Anna Wintour took part in a fun picture with Zoolander and Hansel as they mimicked the famous three wise monkeys 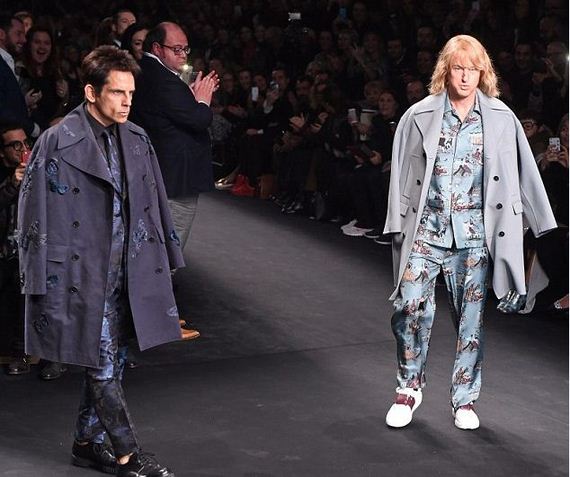 Giving their best ‘blue steel’: The pair rocked their best pouts as they resumed their modelling careers 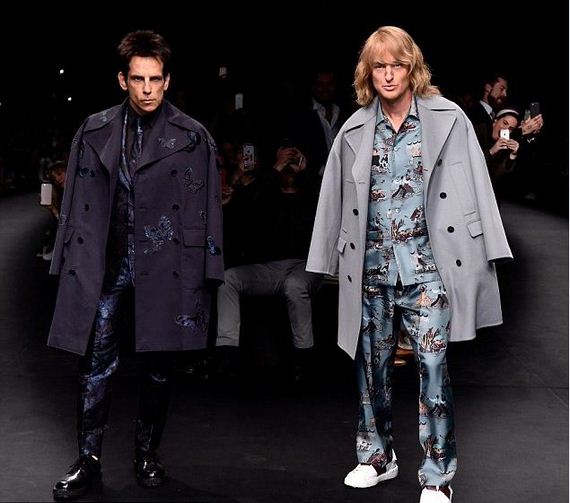 Has filming started? It is likely the footage from the Valentino runway will appear in the Zoolander sequel 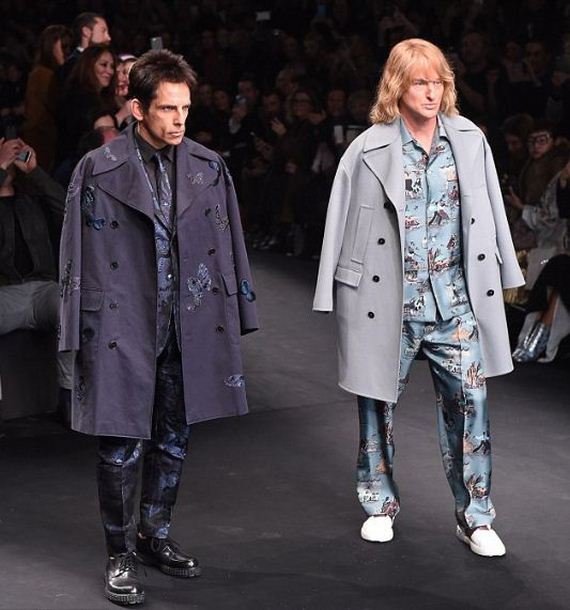 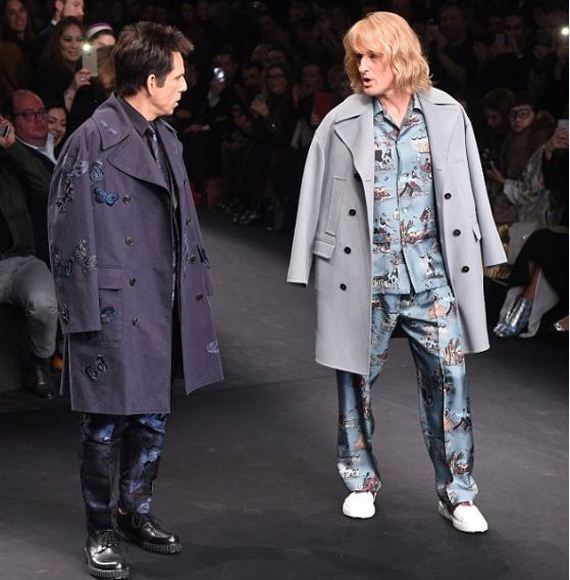 From enemies to BFFs! Zoolander and Hansel put their differences aside at the end of the first movie 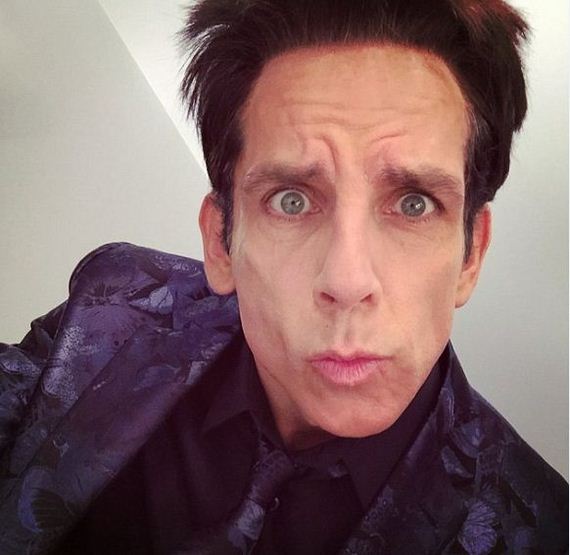 Ready for his close up: Zoolander struck his famous pose as he got to grips with selfies 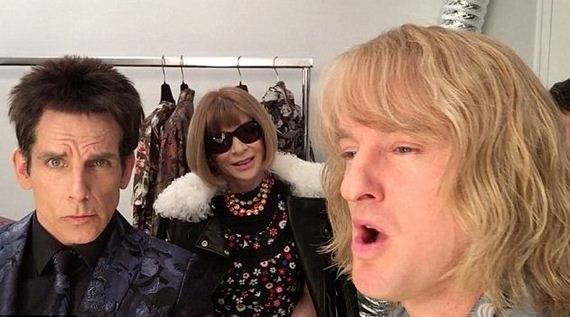 So she can smile! Derek and Hansel were responsible for making Anna Wintour smile as they got ready to hit the catwalk 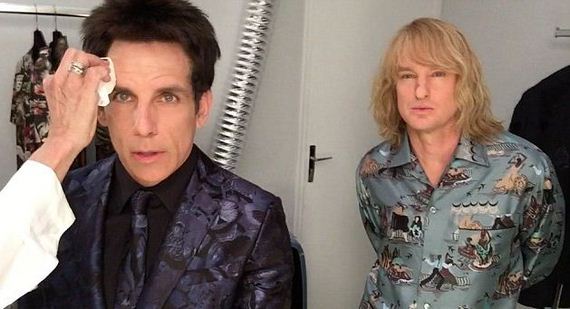 Why mess with perfection! Zoolander got a touch-up as he prepared to walk the Valentino catwalk, his first runway in 14 years 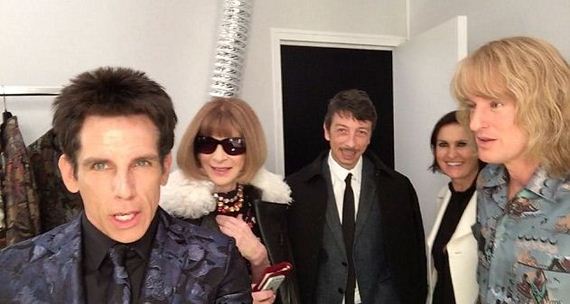 In on the surprise! Anna Wintour knew what was going to happen and helped Ben and Owen prepare for their characters’ comeback 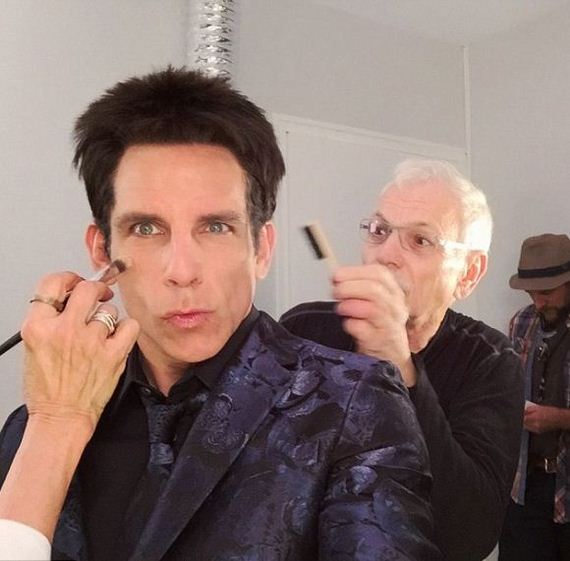 Check him out: Ben is set to reprise his role as the dumb but sweet male model in the sequel, Zoolander 2 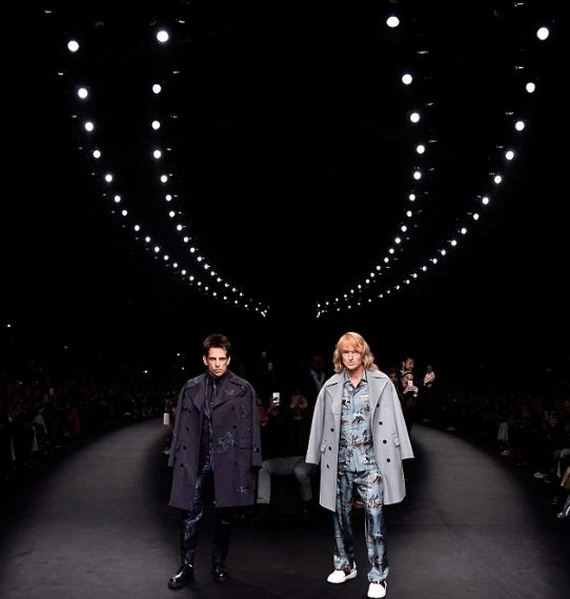 Rock the catwalk: It was as if they had never been away as Zoolander and Hansel strutted their stuff 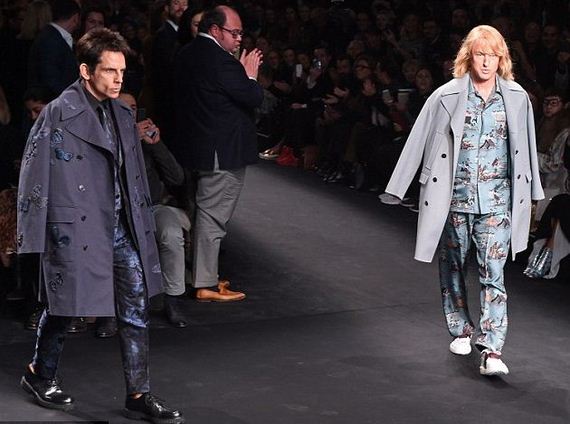 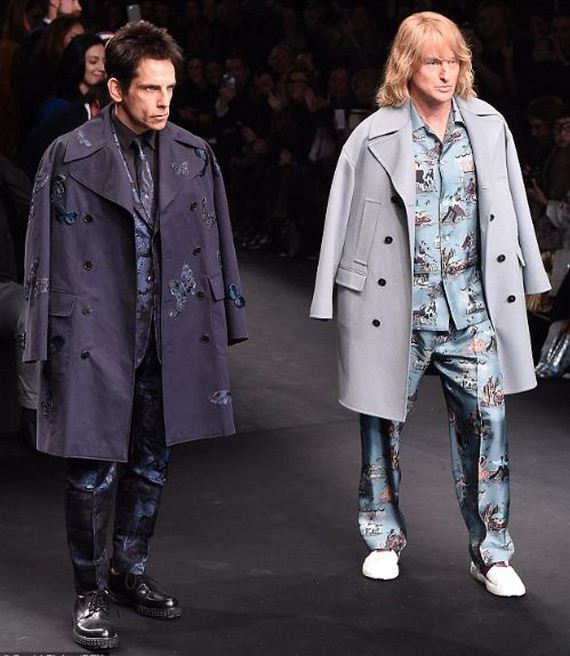 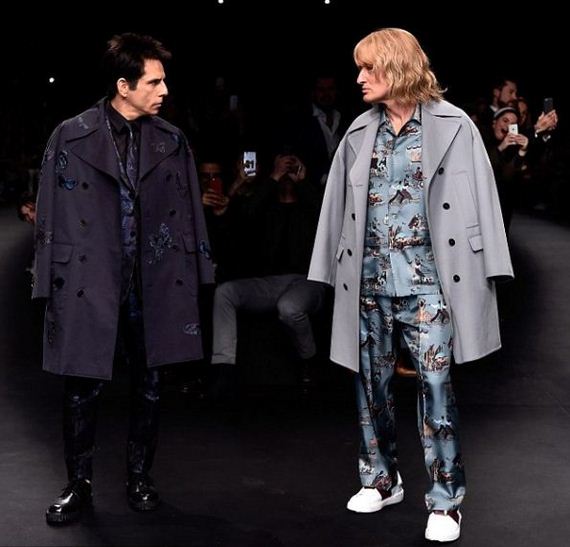 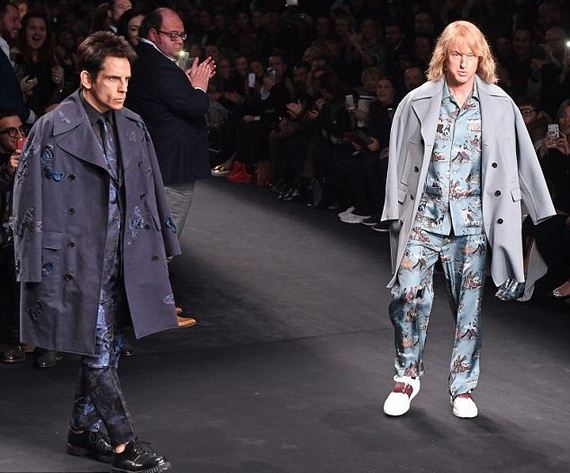 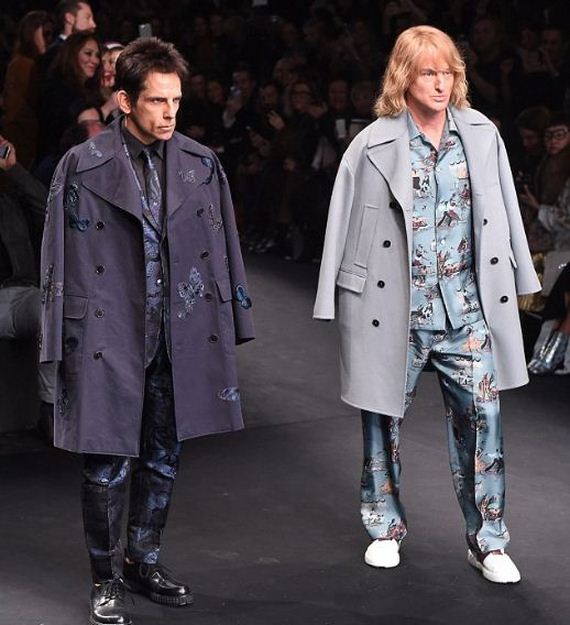