Shaven celebrities: Top of the crops

Natalie proved that she’s basically the most beautiful woman on earth when she looked possibly even more uh-mazing than normal with a shaved head. She got the razors out in 2005 for her role in V For Vendetta and basically stuck two fingers up to the stereotypical notion of femininity. 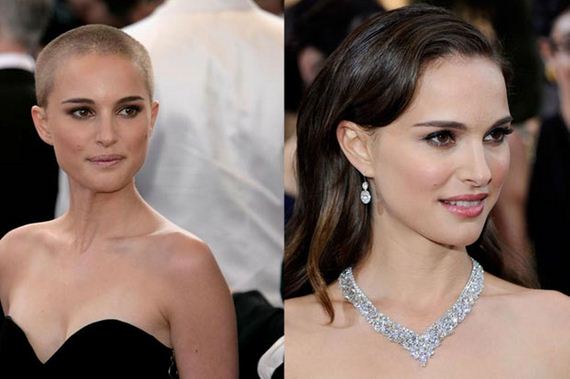 As well as losing loads of weight to play a prostitute with tuberculosis in the upcoming Les Miserables movie, the Devil Wears Prada star cut all her hair off for the role. The actress’s long brunette locks had been ever-present since her 2001 breakthrough in the Princess Diaries – but she swapped them for a skittish little lamb/boy crop. 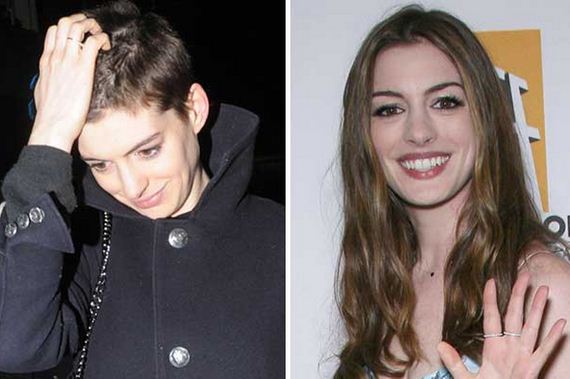 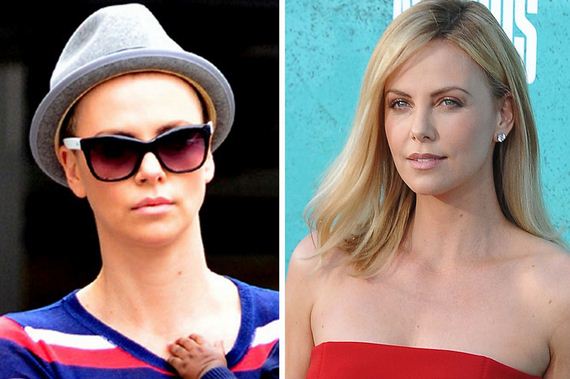 Harry Potter’s Hermione Granger went for a dramatic crop in 2010 to distance herself as far as possible from the film franchise that had taken over her life. She wrote on her website, “Feels incredible. I love it. I’ve wanted to do this for years and years; it’s the most liberating thing ever.” 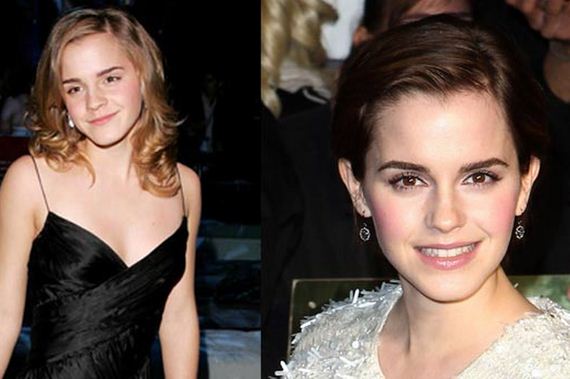 Michelle cut off her hair in 2007 and has rocked a pixie crop ever since. She told Elle UK: “I’ve really grown into it – I feel like myself with short hair. And it’s been a really long time since I had long hair – five years. Of course, the only people who like it are gay men and my girlfriends. Straight men across the board are not into this hair…I cut it for the one straight man who has ever liked short hair and I wear it in memorial of somebody who really loved it.” Ah, Heath Ledger, we miss you. (Not that we knew you or anything, just you know, on the telly.) 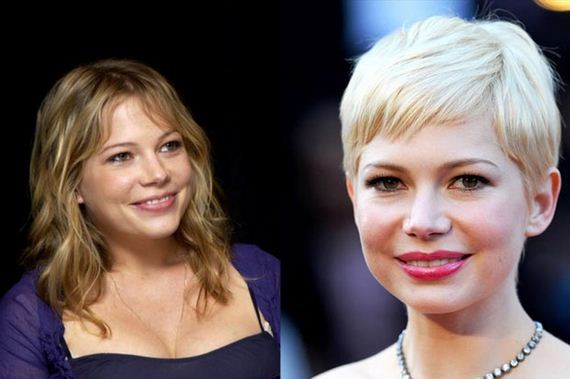 The blonde bombshell turned blonde baldshell (hmm…this pun sounded better than it looks) for her role in 2008 film The Garden Of Eden. She was hugely famous for her hair which helped cement her image as the ‘all-American’ cheerleader she played in American Beauty. 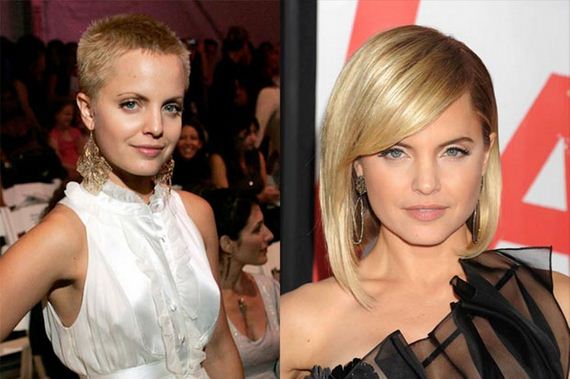 The model loves messing with her hair and can look completely different from one day to the next. This crop though was the shortest she’d ever gone. 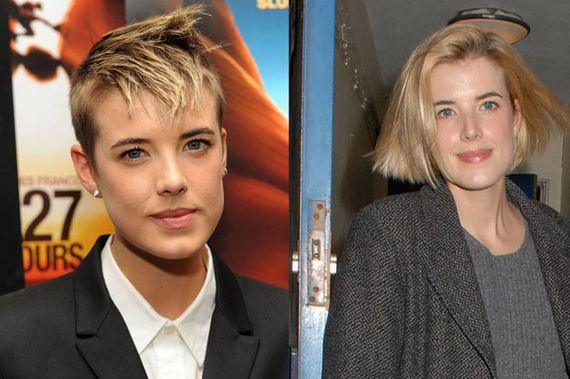 Demi proved that she was more than just a pretty face when she shaved her head for her role in GI Jane in 1997 – she was a pretty head as well. Look how hot she is! We want to rub her head. We bet it makes the same noise as when you rub a balloon. 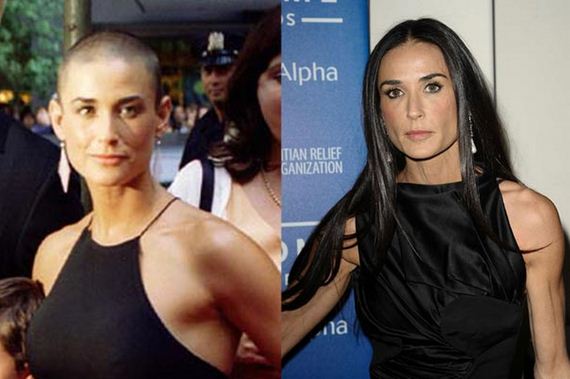 Ellen had to shave her head for her role in 2005 film, Mouth To Mouth. It kind of suits her attitude, but she does look like a boy. What do you think? To bald or not to bald? 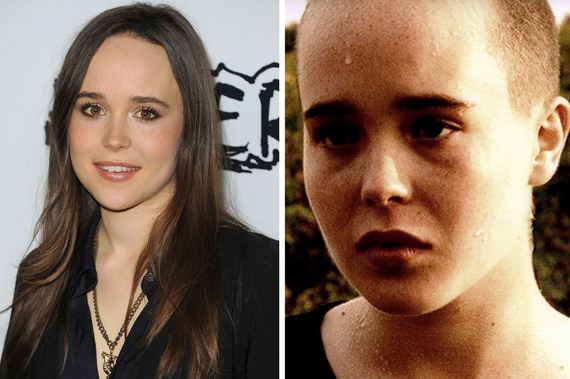 Cate went bald for her role in movie Heaven – and loved it apparently. She said: “My agent advised me to wear a cap, but I don’t care. It feels great when the wind blows over your bald head.” Imagine never having to straighten, blow-dry or style your hair ever again. The freedom. We’re getting some razors. Who’s with us?! Hello? 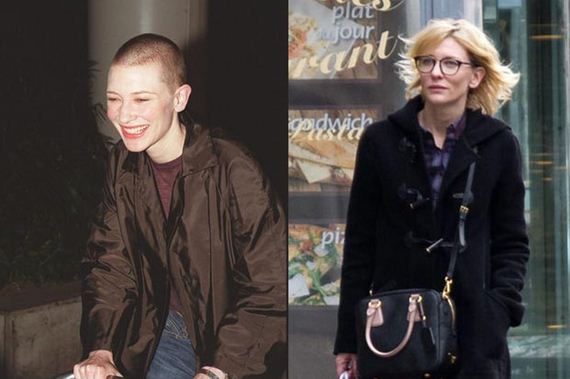 Probably the most famous female one-time baldy in the world. Britney shaved her own head in 2007 in a hairdressers with paparazzi watching outside. It turned out to be the dramatic beginning of a breakdown that eventually saw her sectioned. She’s never fully explained why she did it, but we like to think it was a symbolic representation of everything she despised about being a woman in the public eye. A big ‘screw you’ to everyone that believed she always should be a bubble gum pop princess. It was either that or chronic split ends. 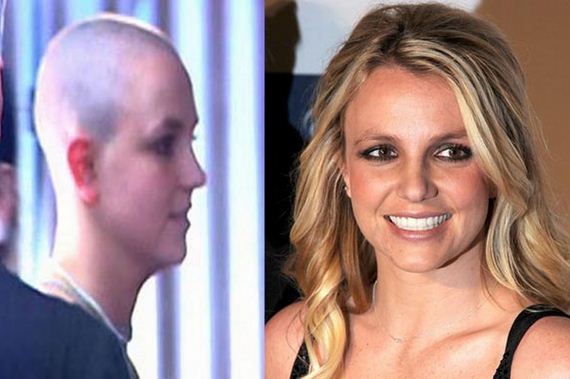 You should recognise this actress from The Mentalist and if you don’t then watch an episode IMMEDIATELY. She went bald for the 1995 film Empire Records and looked hot. 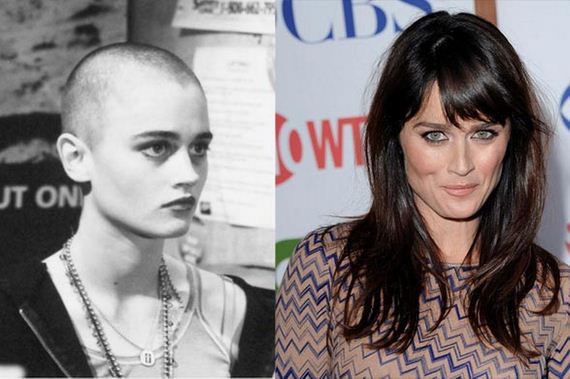 The M&S model famous for her corkscrew curls had a grade one all over for her role in Rush Hour III in 2006. Some genius actually filmed the shaving event so you can watch her shock (back on the main story page) – and hear some nasty berk tell her she looks like a man. 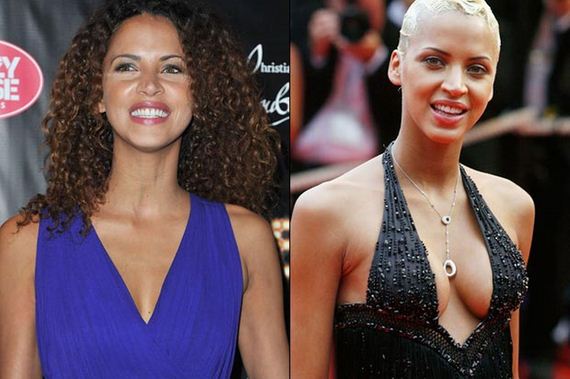 Previous Katie Price dresses up as a pink horse
Next Here are our top 20 artfully naked celebs: