Colombian singer Shakira poses during a photocall presenting her new album “Shakira” in Barcelona March 20, 2014. She is known for her hip wiggling moves, sexy music video and stunning figure.
So it was no surprise that Shakira took the opportunity to show off her curvaceous frame during a presentation of her new album in Barcelona, Spain on Thursday.
The Colombian-born singer sported a plunging crochet black cardigan which only just protected her modesty, teamed with a black miniskirt and over-the-knee leather boots.

‘That was so magical because I believe they were both my destiny. I was singing and he was listening,’ she said. ‘Once I’d finished, he started to join in with his baby voice. It was so cute.’
The star recently discussed how she juggles motherhood with a successful career – as well as singing she is also a judge on hit U.S. TV show The Voice.
‘I’m trying to work out how I’m going to do my next tour,’ she told The Sun newspaper. ‘I miss him when I’m away and the baby is so little. I sometimes feel guilty.’ 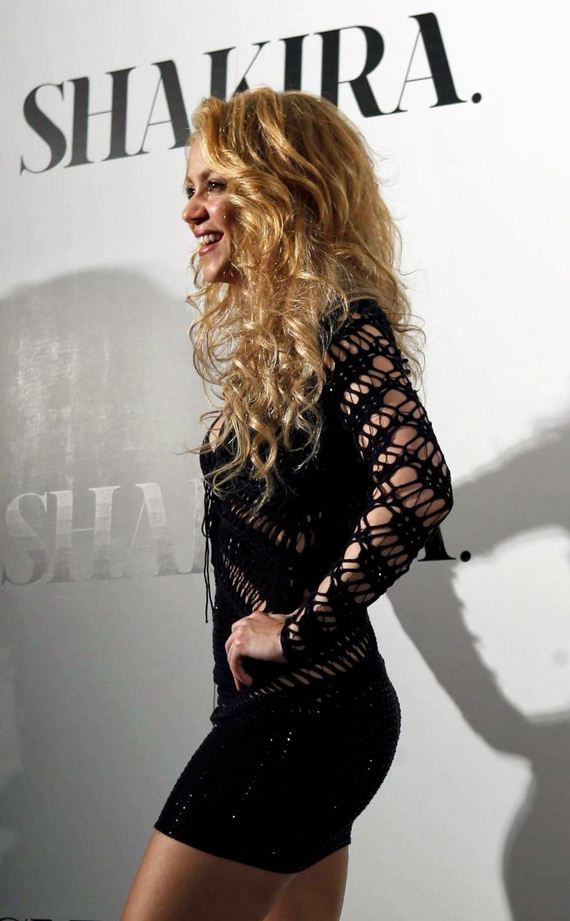 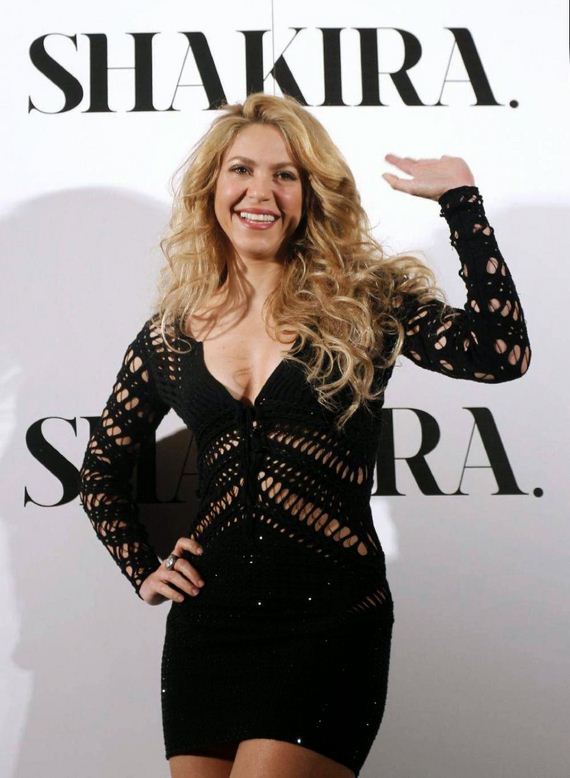 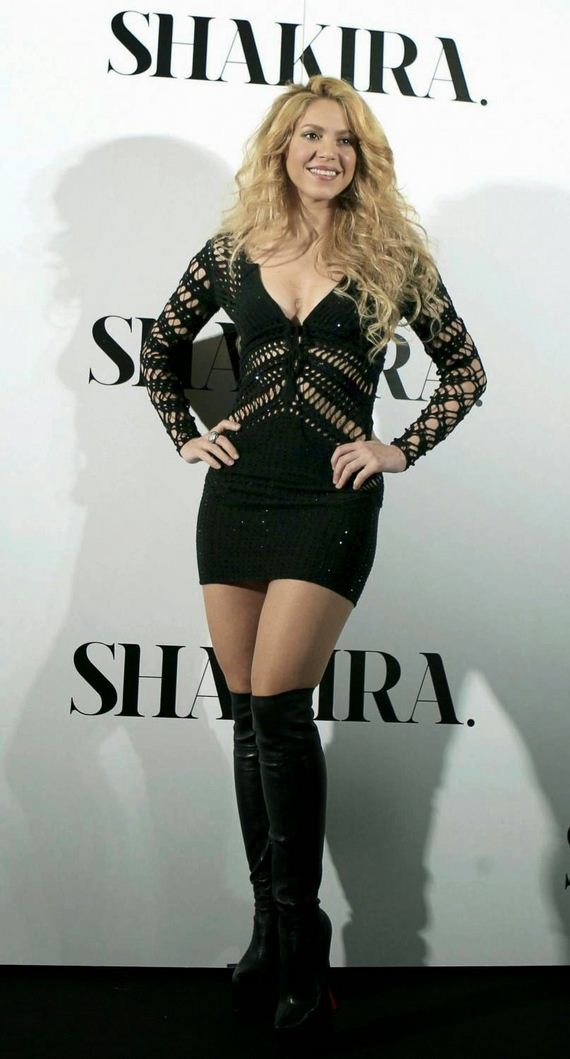 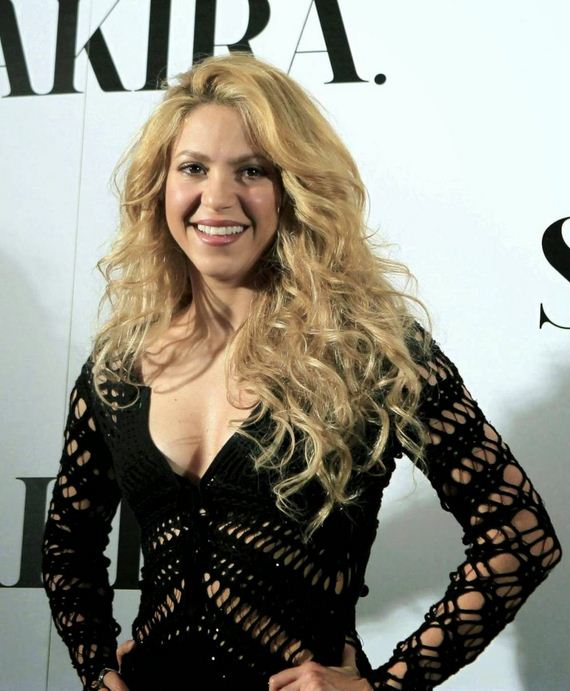 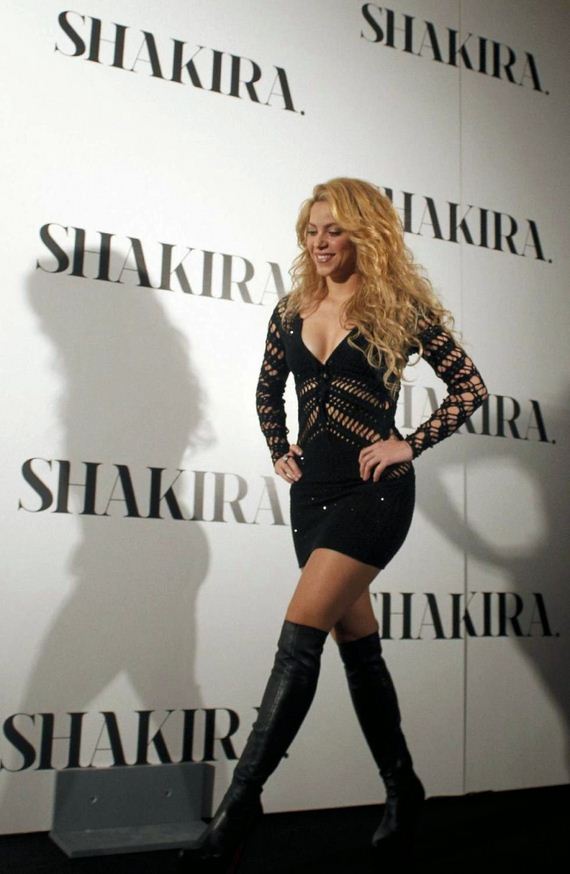 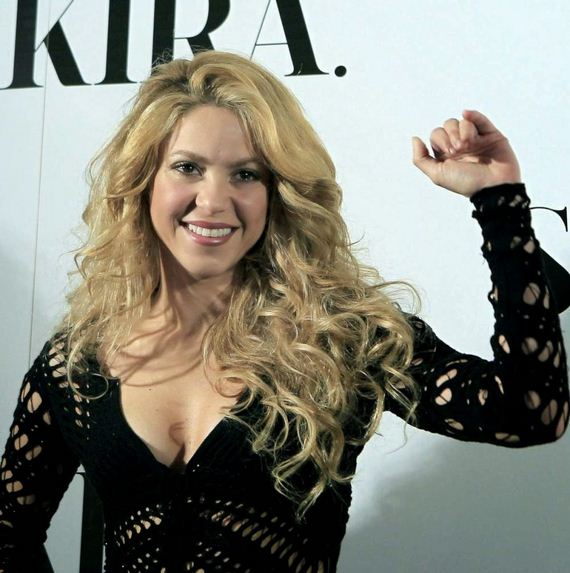 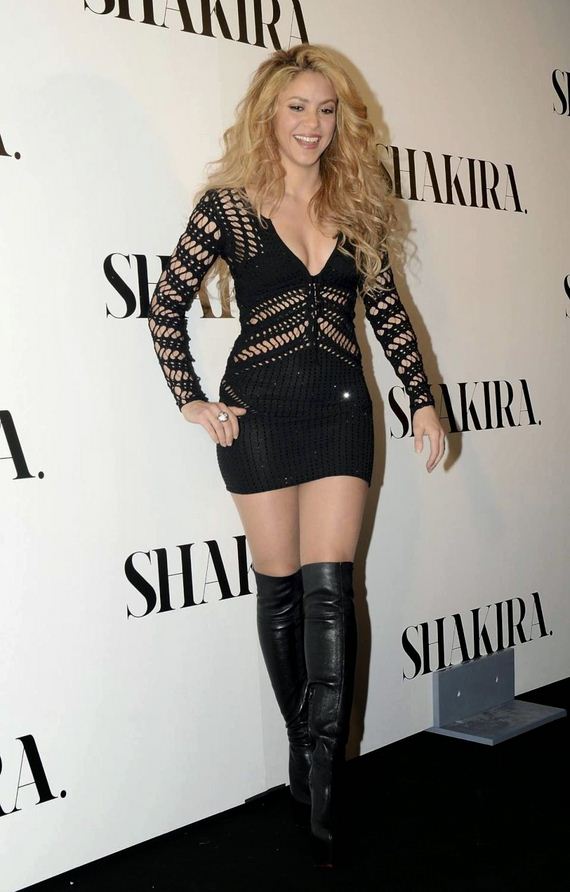 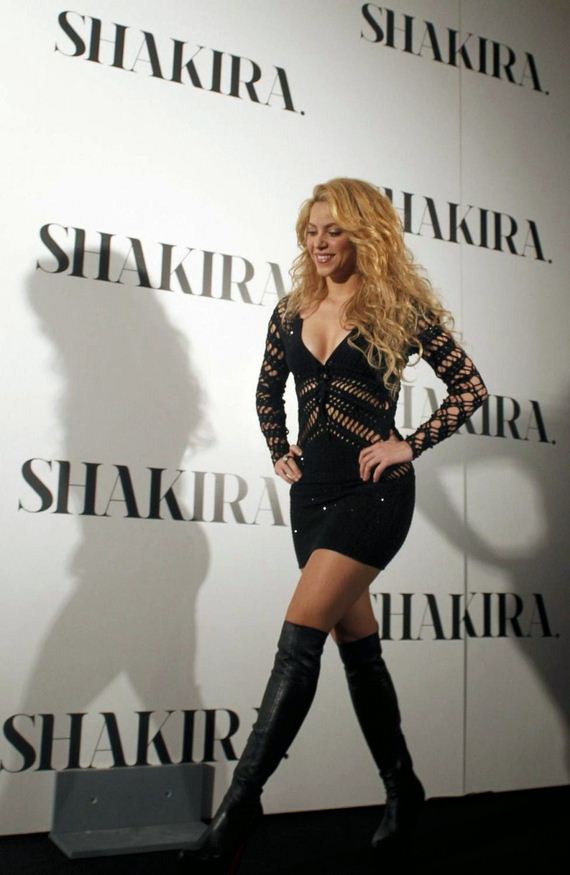 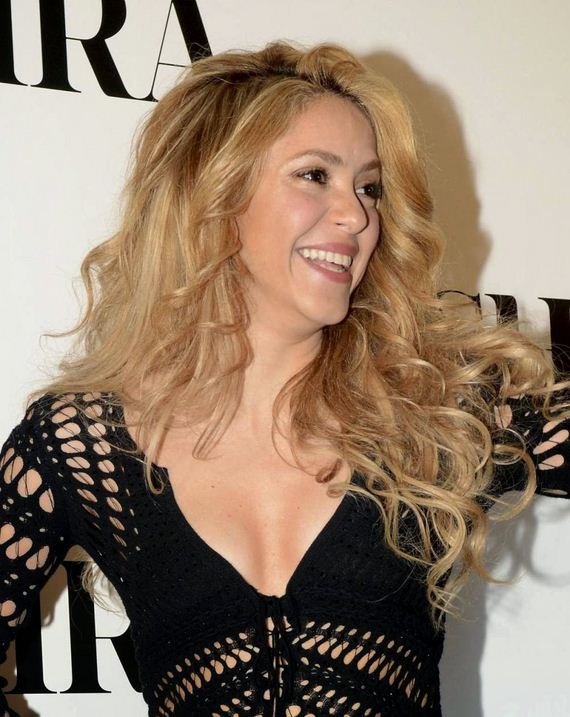 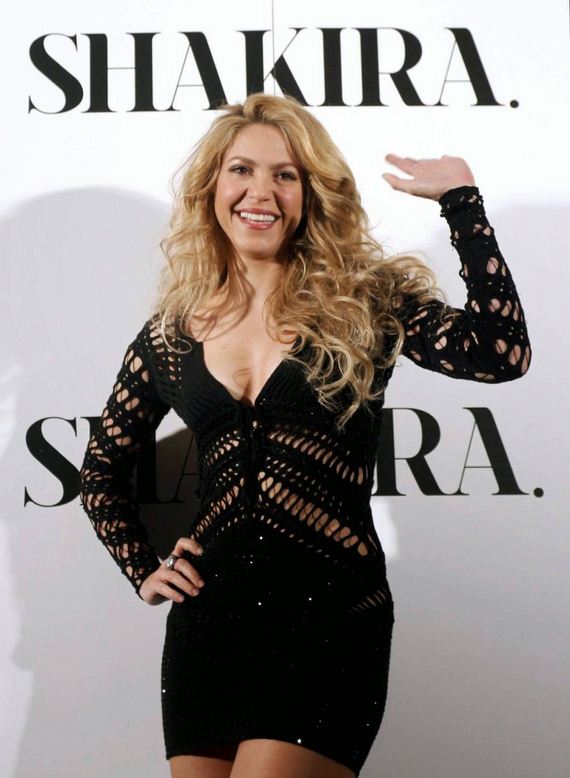 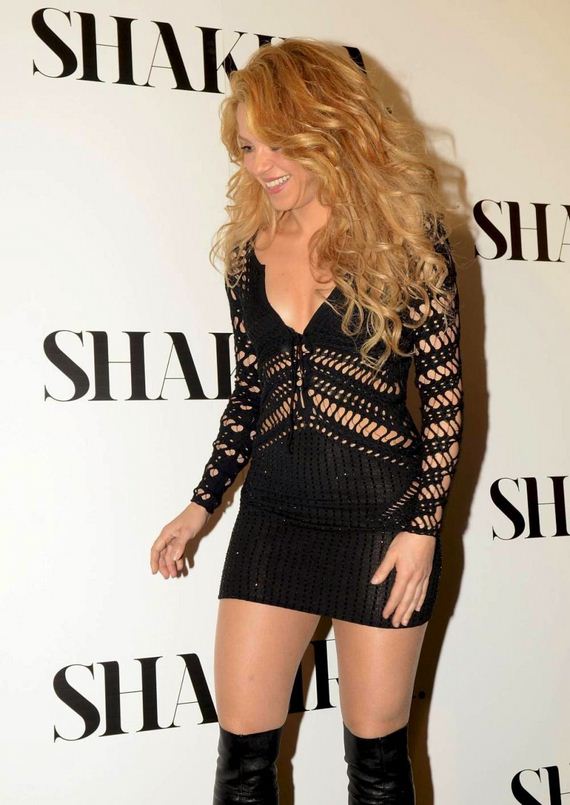 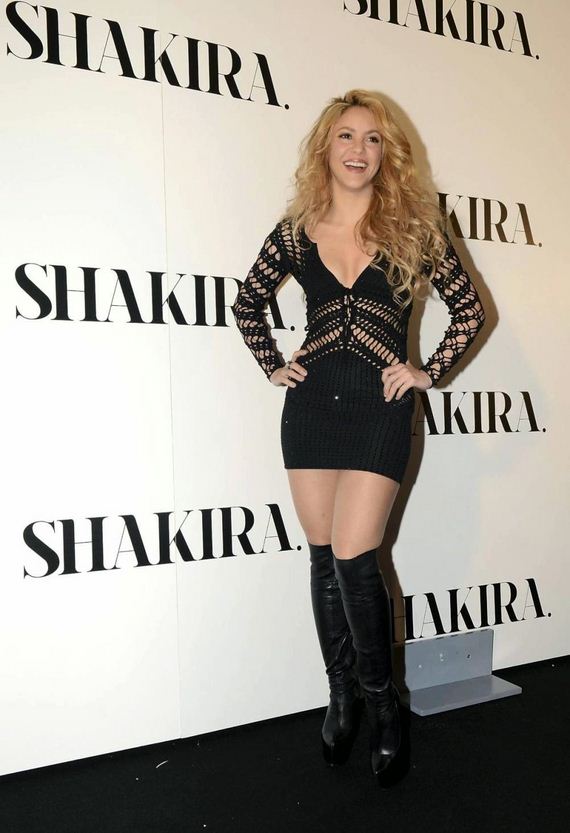 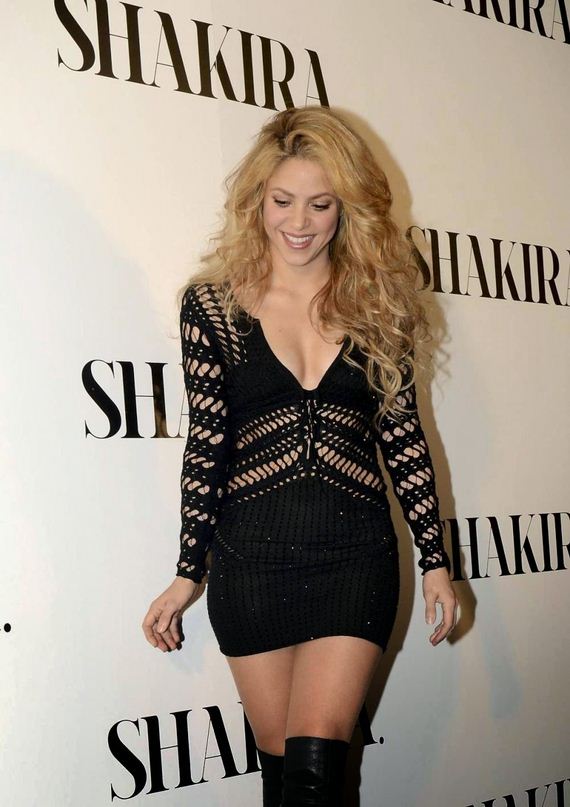