She’s been hyping up her new album Bangerz for months, and last night (October 9) Miley Cyrus threw a huge party to celebrate the big release.
The “Wrecking Ball” singer showed up at The General in New York City sporting a pretty pink bra top and matching skirt and was more than happy to ham it up for the cameras.
In light of Marc Jacobs’ departure from Louis Vuitton, Miley told press she derives much of her fashion inspiration from the iconic designer.
“He kind of brought me into fashion like when I was 16, that was when I started being around him and learning from him. I still work a lot with Marc. He kind of let me inspire some of his pieces.” 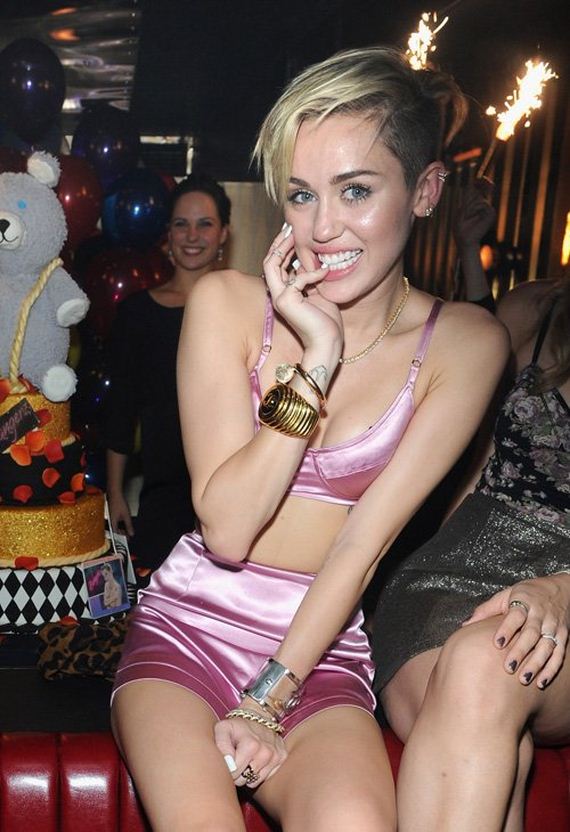 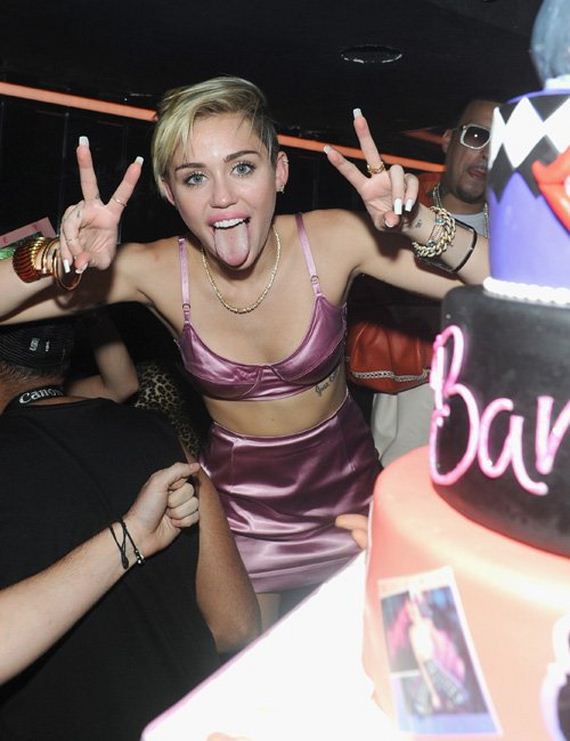 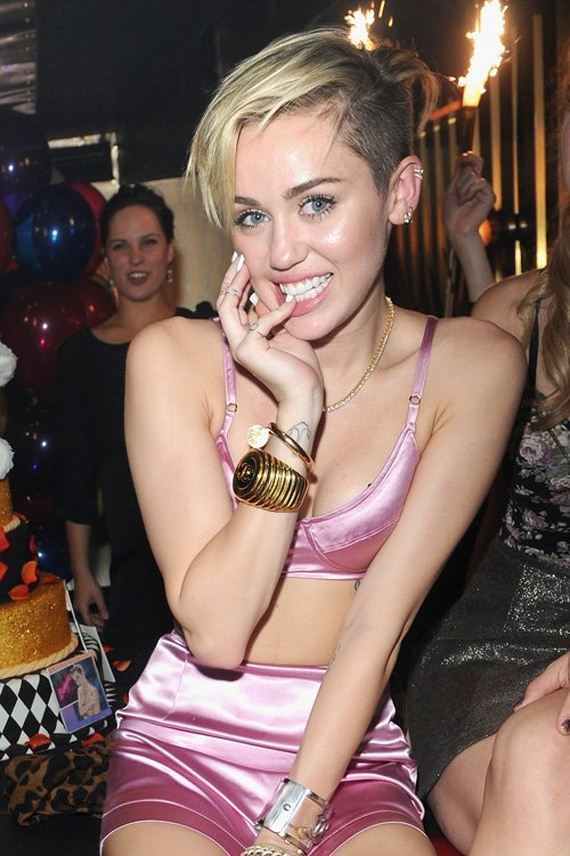 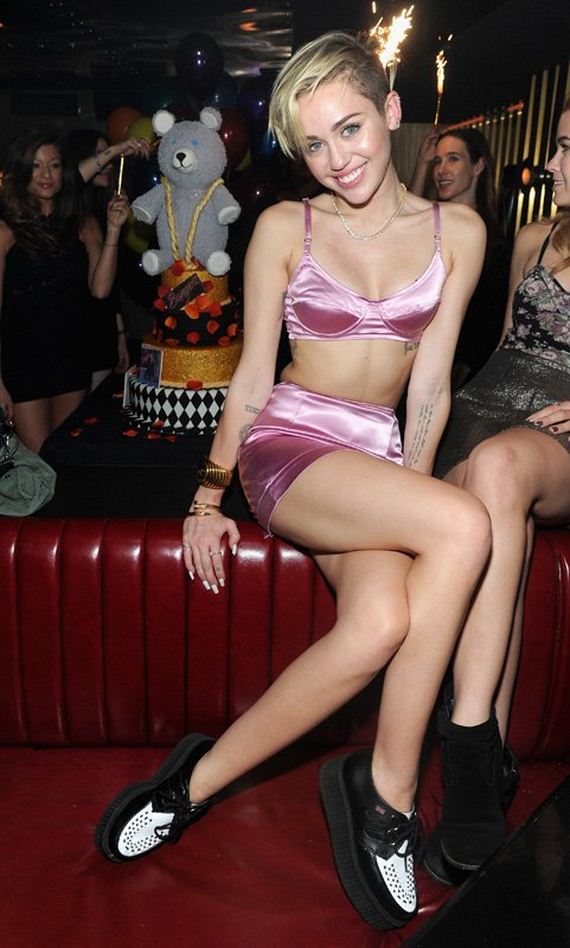 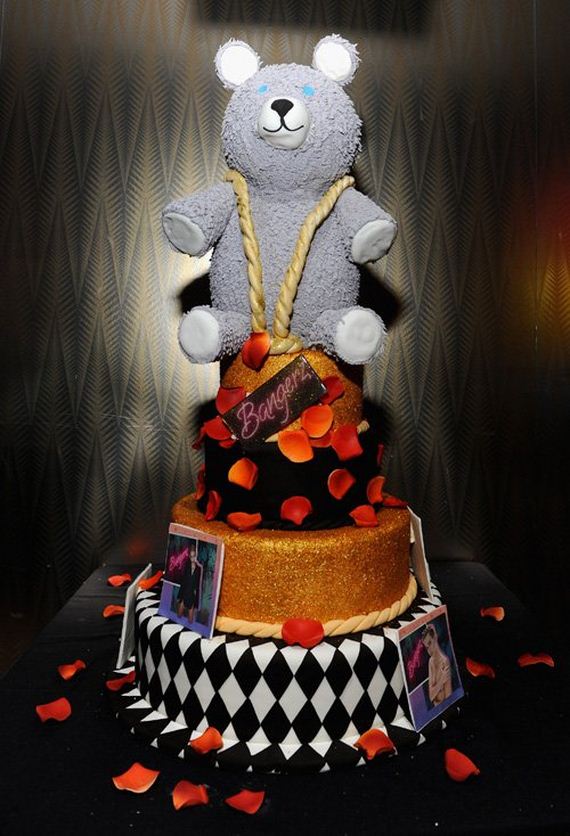 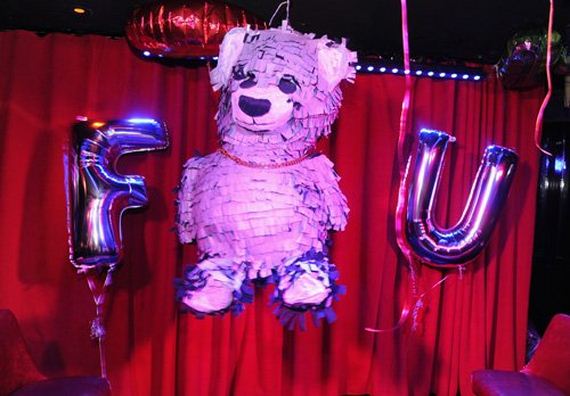 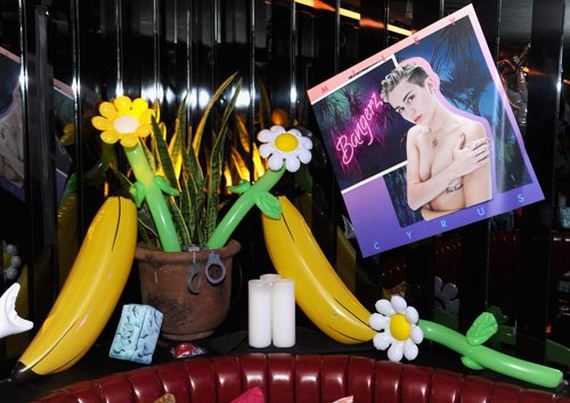 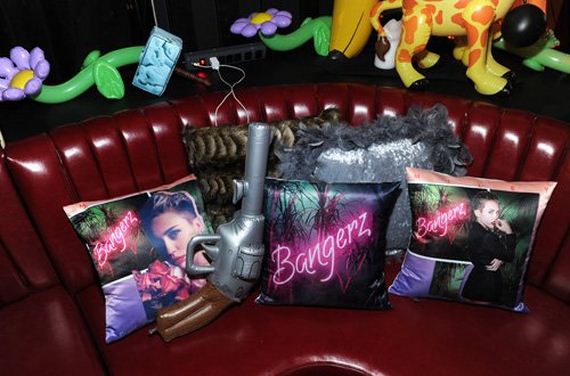