In Kenya, a lion cub fell down a steep cliff, but fortunately his mother was there to save him. And fortunately for us, a photographer captured the whole touching scene on camera.

The cub’s mother arrives on the scene after hearing his desperate cries for help. 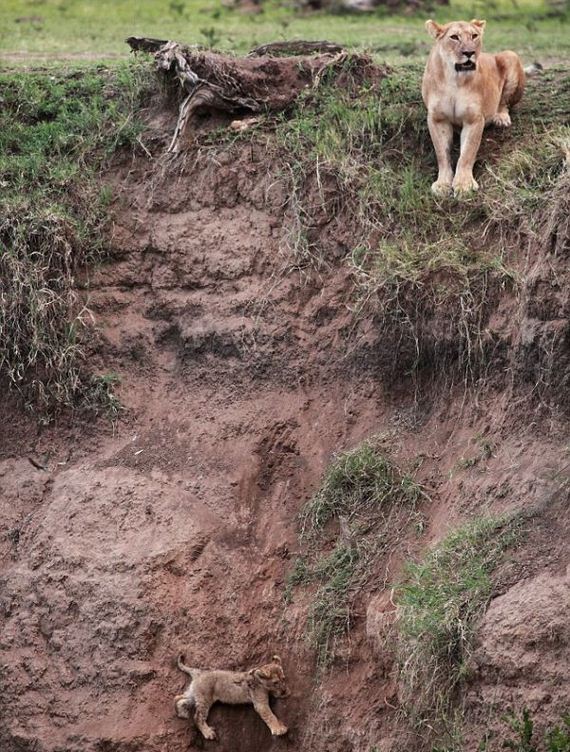 Three lionesses and a lion debate a rescue, but abandon it because of the drop. 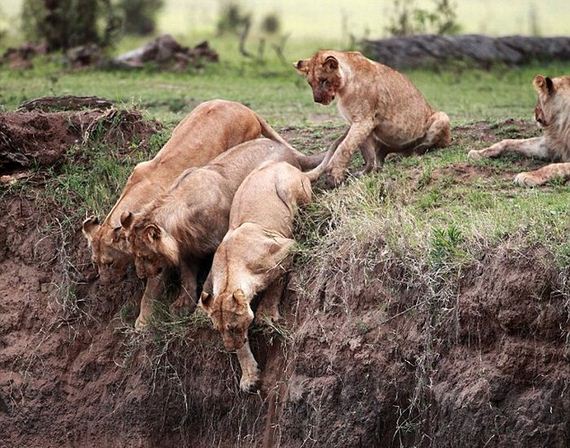 Ultimately, the cub’s mother descends the treacherous cliff in order to save him. 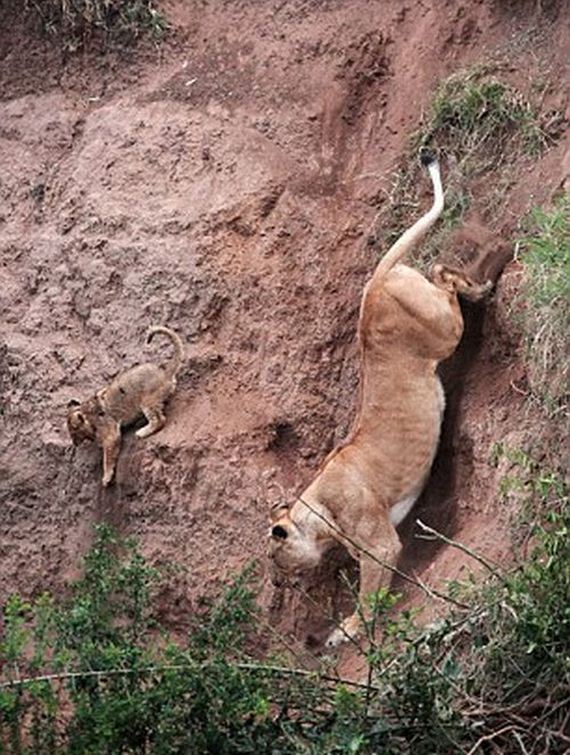 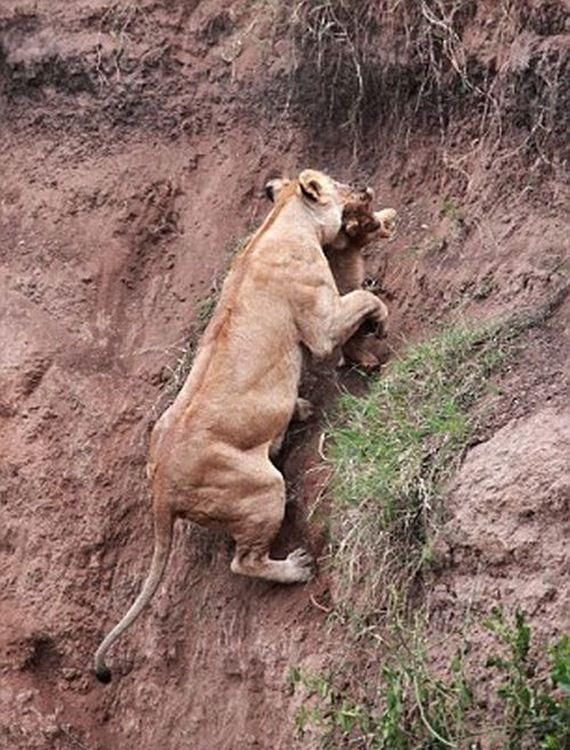