Just a few hours earlier she proudly announced that she and fiancé Kanye West are finally appearing on the cover of U.S. Vogue magazine.
And Kim Kardashian did little to disguise her delight as she headed out on a shopping trip on Friday.
The 33-year-old reality star and businesswoman ensured she selected an appropriately eye-catching dress for the occasion, showing off her curvaceous figure in a plunging pale maxi.
The textured summer dress also featured a thigh high split at the front and was teamed with a pair of nude high heeled sandals.
And the star ensured her face was as heavily made up as usual with dark eyeshadow, glossy nude lipstick and loosely styled hair.
Kim was without her fiancé Kanye West during her expedition to the camera store which appeared to be filmed for her reality show Keeping Up With The Kardashians.
The cover line introduces the piece as: ‘Kim & Kanye Their fashionable life and surreal times. #worldsmosttalkedaboutcouple.’
It is apparently the first time a hashtag has been used on the Vogue cover and refers to Kim’s huge social media presence – she has more than 20 million Twitter followers.
An accompanying video on Vogue’s website shows Kim cradling the couple’s eight month old baby daughter North as Kanye looks on adoringly. 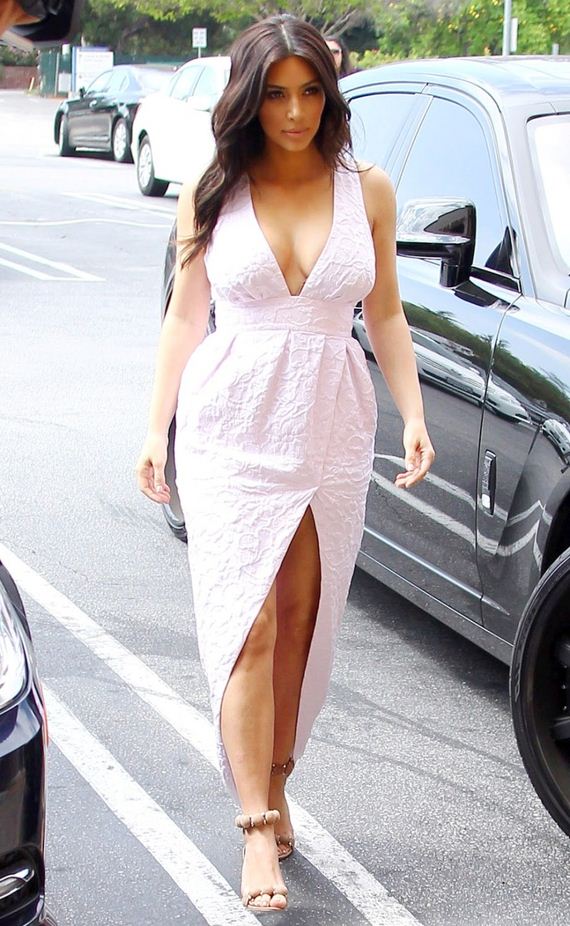 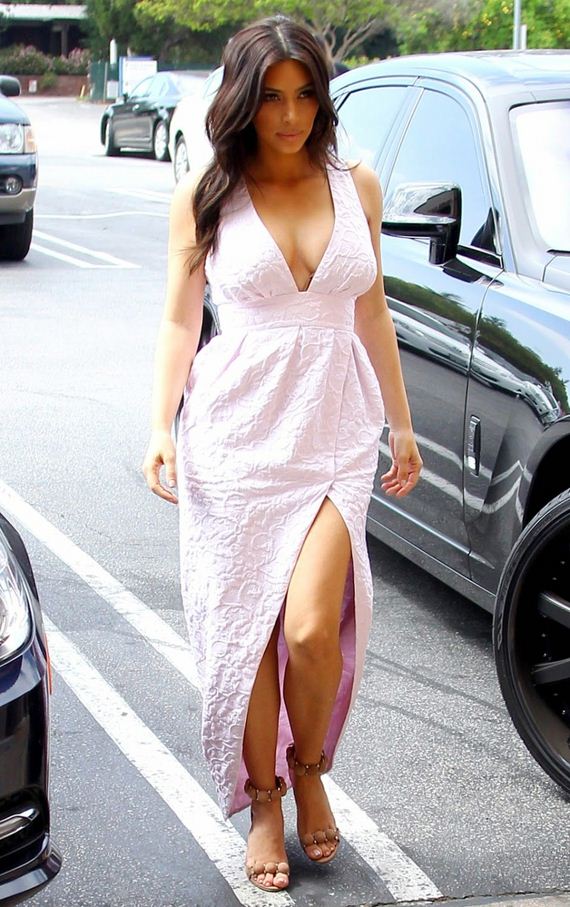 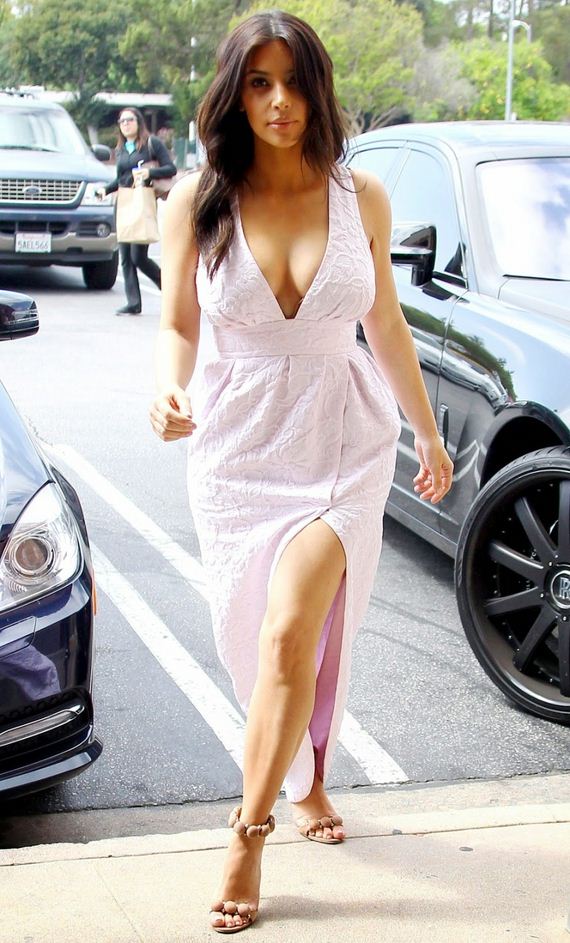 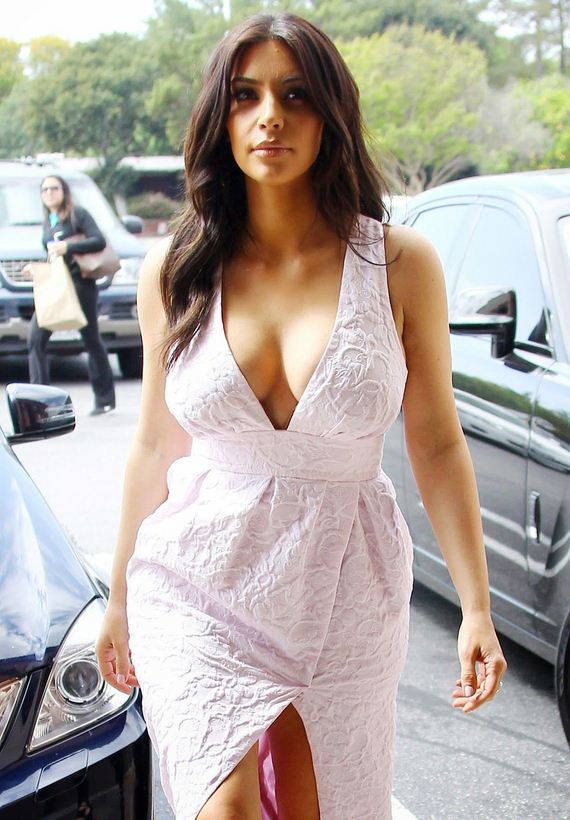 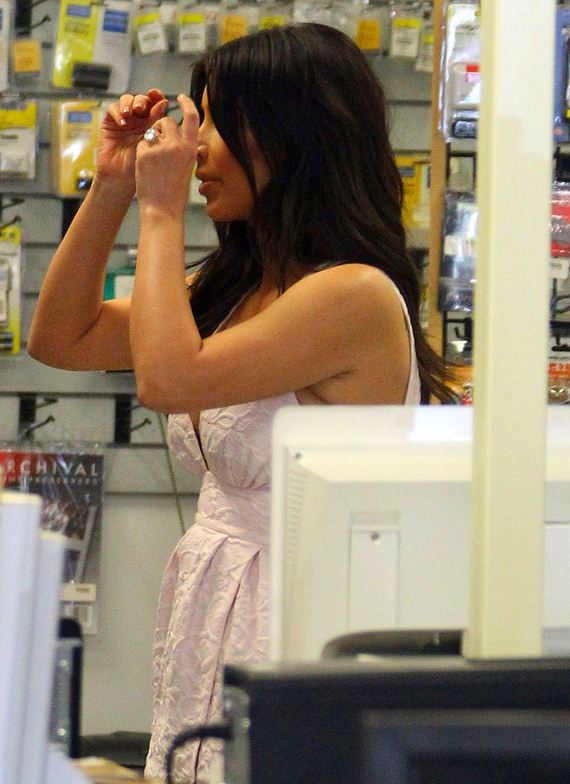 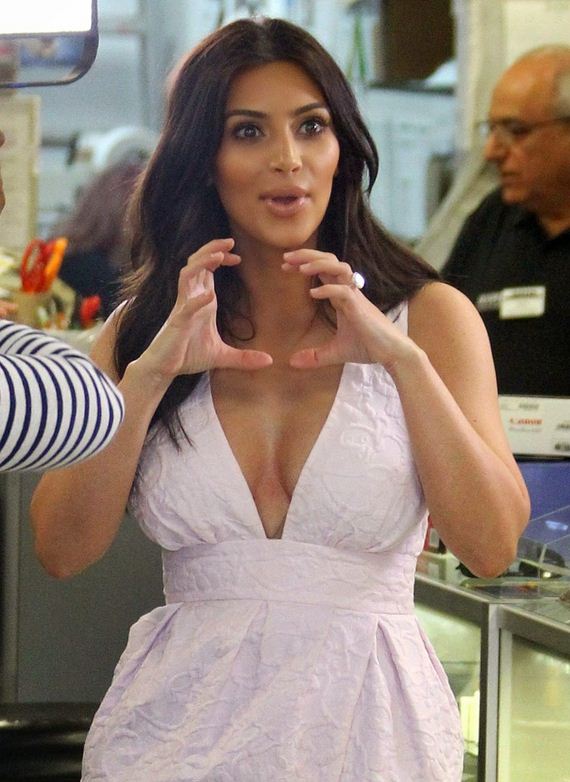 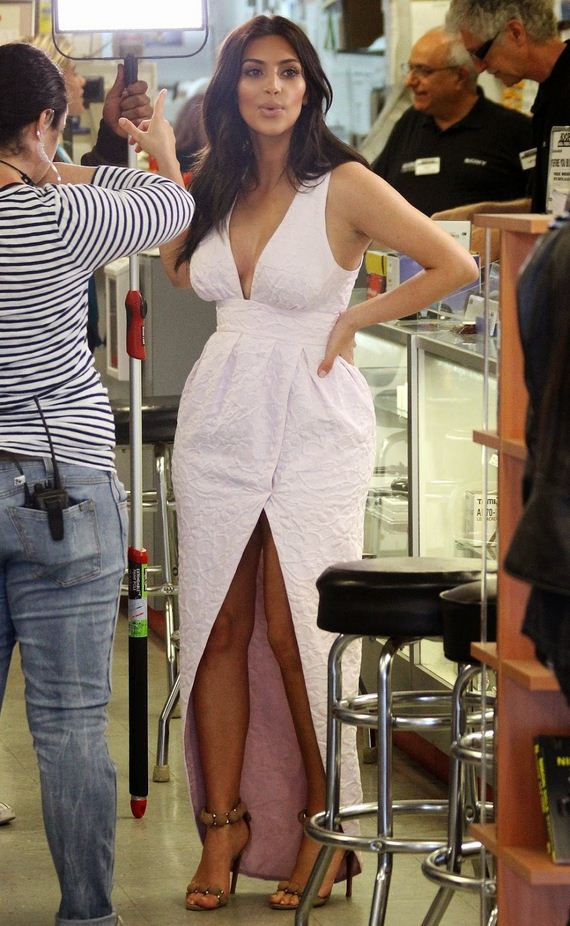 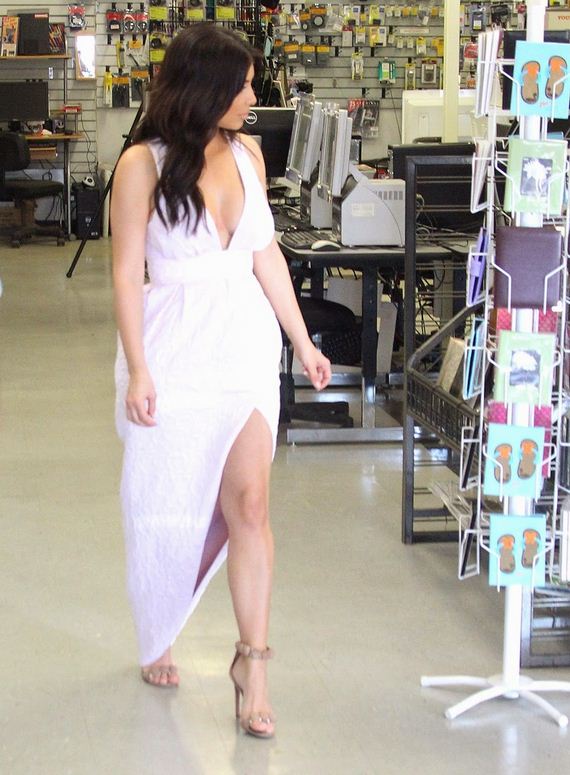 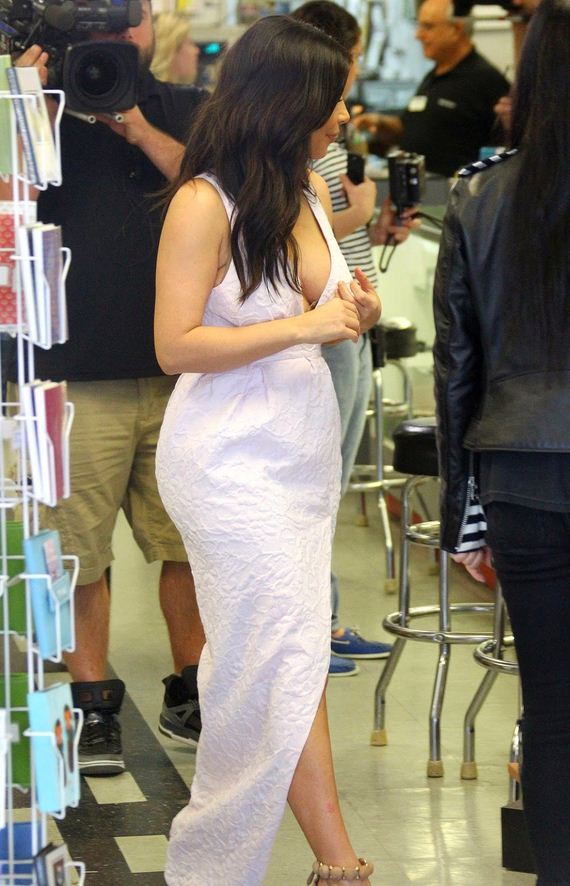 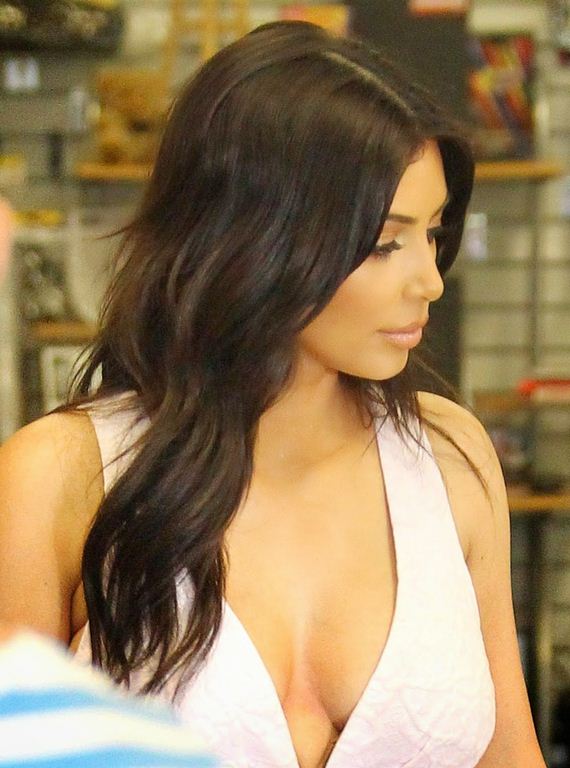