Katy Perry brought her A game to the Super Bowl on Sunday, performing hit after hit with Lenny Kravitz and Missy Elliott. The performance was filled with so many special moments, you might need to watch it a few times to let it all sink in. See Katy and her guests do their thing in the video above, and then catch up on the latest viral videos. 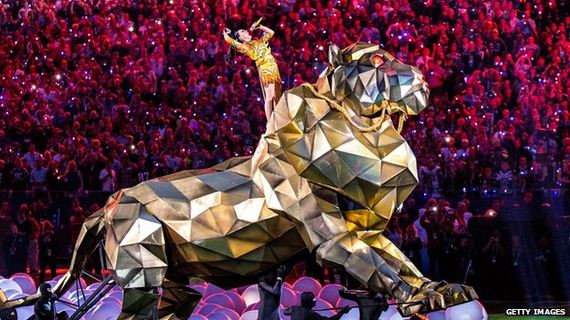 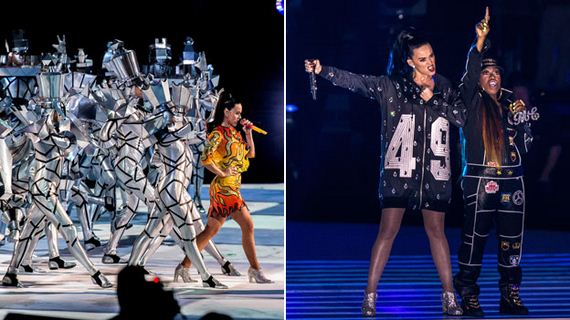 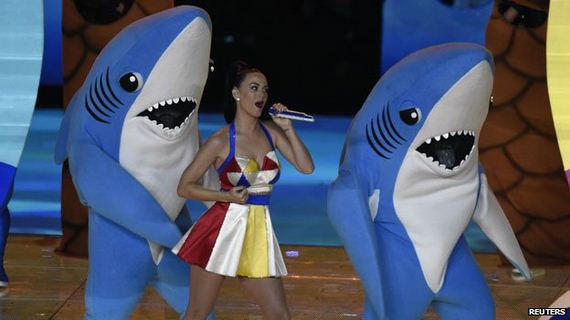 Backing dancers dressed as sharks also made an appearance 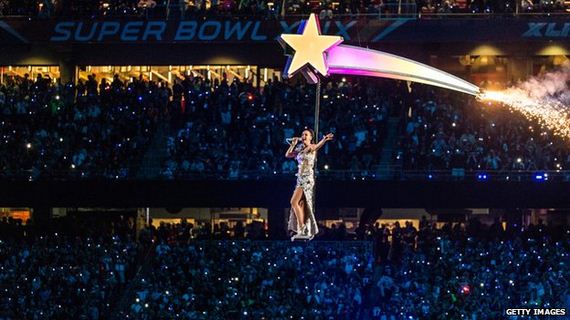 The half-time show ended with Perry shooting through the sky, sky, sky on a firework-like platform