The Heartbreaking Truth Behind Every Pretty Face You See

Just because she’s beautiful doesn’t mean she’s got it all together.

Judging by the insatiable demand for celebrity news that seemingly worships the young and glamourous and the sheer volume of money spent on cosmetics, plastic surgery, fitness and other age-defying technologies, you’d think being incredibly fit and attractive is great. But what if that’s not always the case?

I’ve shared this story on stage a few times and whether I’m in New York, London, Sydney or anywhere else, I’ve gotten incredible, heartfelt comments from both men and women in the audience afterward and by email months later.

It all started when I met a couple new friends at a personal development event some time ago. Over the course of a few events, I got to know them. He was a very successful surgeon and a man with a heart of gold. His girlfriend was a stunning beauty who also had a very kind and tender heart. At one particular event, I got to join them for lunch.

While talking about future plans in regard to what we were learning about (building wealth and living your passion), I was surprised this woman who at first glance seemed so stunning and poised just had really poor self-esteem. She kept saying she had no idea what she was passionate about or even what she wanted to or could do in order to take her life to the next level. In fact, she said the only thing she could do was be a mom (which, let’s face it, is no easy task and requires a multitude of gifts and skills to pull off effectively.)

How Did We Get Here?

As I was asking her questions designed to help her find her passion, it became clear that I was hitting a glass ceiling in her own self-worth and personal esteem. She basically said she’d grown up her entire life never feeling good enough.

While we were talking, she told me how men pursued her constantly, but instead of it making her feel good, it actually made her feel bad. That’s because her beauty attracted attention from men who pursued her hard in order to prop up their own fragile egos. Basically her experience was that men weren’t coming around, not to give—only take. She believed they would literally lie, cheat and steal to get her attention, so she understandably had difficulty trusting men.

It was clear that she was burned so many times she was just shut down despite the fact that she had managed to attract a really good and available man.

But It Gets Worse

That’s when she told me something that just kind of blew my mind because I hadn’t considered it from that perspective. The reason that she downplayed her stunning beauty to some extent was actually that she’d suffered so much pain from other women.

She said other women could be terribly cruel because they considered her a threat, so they didn’t take the time to get to know her. Instead, they resented her. She even gave me examples of past events that were quite painful for her. The surprising thing was that there wasn’t a trace of conceit or being full of herself in her story. It was clear that this woman had suffered serious trauma from both men and women her entire life.

It became abundantly clear to me that her obvious beauty—which just about anyone would consider a blessing or gift—was in fact, far more of a burden.

I came away from my lunch-time experience with a totally different perspective, and I’m hoping that some who read this may come to a similar conclusion.

Too often, we idolize and idealize those who have gifts in some way that we admire or respect, and we lose sight of the human being and the emotions they feel beneath that exterior.

I was as guilty of it as anyone because it never occurred to me when we first met that this woman who seemed so blessed could, in fact, be so tender and wounded. Too often, we project our own values, beliefs and ideals onto another without bothering to consider their accuracy.

Yet Another Perspective Check

I remembered to write this today because of another new client experience with a woman who is also very beautiful. On the outside, she came across as very confident, yet when I called her on some of the ways she was actually over-compensating, she was relieved to let down her guard with me and just be honest about how uncertain and panicked she really was on a daily basis when it came to knowing her worth. In order to cover her own insecurities, she could be very aggressive and demanding, and it often sabotaged her business and personal relationships.

She had a huge breakthrough when she told me about a bikini contest she had just entered and, much to her surprise, she didn’t fare nearly as well as she expected. Even though one part of her was mortified at the result, she said she was surprised at how well she handled it.

She also shared how thoughtful, sweet and supportive her boyfriend had been afterward. She said she was actually surprised at how well she handled being dissapointed, and she was even more taken aback when I said, “Do you want to know why?” That’s when I told her it was very clear by her actions that when push came to shove, she actually much preferred the feeling of being loved unconditionally than the win. She was shocked because as soon as I said it, all she could do was admit I was 100% right. Plus, she also started to see her well-worn pattern of pursuing feelings of significance because it was actually less scary than the perceived risk of being vulnerable.

What’s The Lesson In All This?

If you take away nothing else from this article, I hope you’ll remember that outer beauty inevitably changes over the course of time and is no match for true, timeless inner beauty. I hope that the sisterhood will embrace their own value and inherent gift of nurturing and be less inclined to rip down others for their own “gain.” Lastly, I hope you’ll come away with a more compassionate view of other people’s truth and experience and just be a little kinder. That might be the most beautiful result I can even imagine. 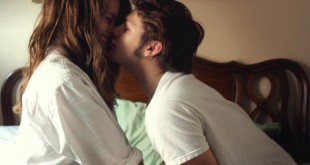 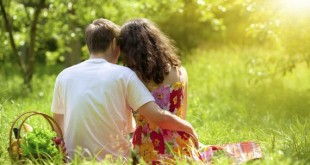 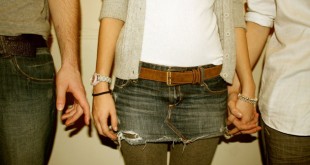 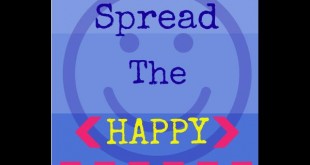 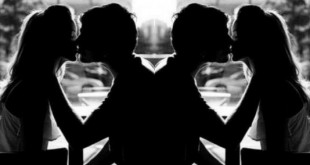 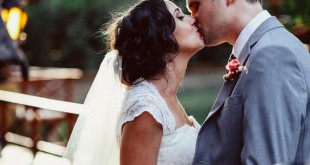 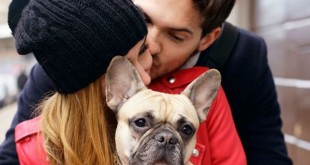 The 8 Most Romantic Ways to Say “I Love You”

We have already celebrated St. Valentine’s Day this year, but this doesn’t mean we shouldn’t …