He made his mind up! Dermot O’Leary whips off Bucks Fizz’s Cheryl Baker and Jay Aston’s skirts during 24hr dance-a-thon

He was challenged to dance for 24 hours in aid of Comic Relief.
So Dermot O’Leary was given some fun things to do during the gruelling dance-a-thon to keep his spirits up with the help of celebrity friends.
And on Friday afternoon, Bucks Fizz performed for the X Factor presenter, and allowed him to whip Cheryl Baker and Jay Aston’s skirts off just like they used to do back in their pop heyday. 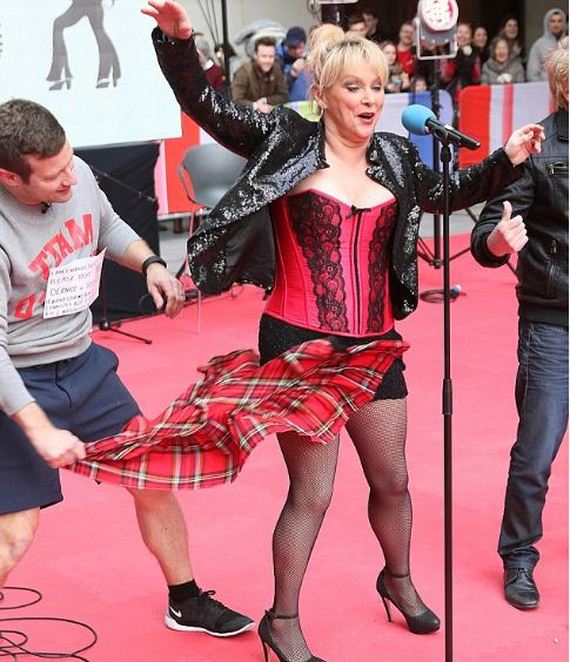 Whipped off! Dermot O’Leary pulls off Cheryl Baker’s during Bucks Fizz’s performance at his 24hr dance-a-thon for Comic Relief 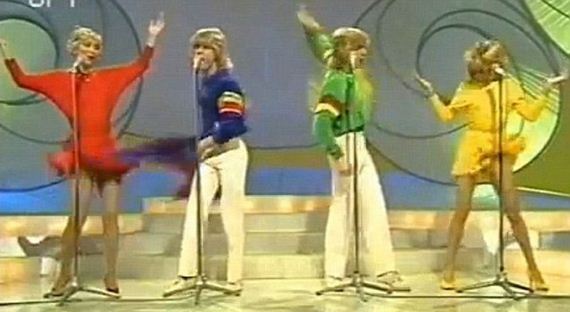 Classic: The band famously removed their skirts during their performances in their pop heyday

Dermot’s Day of Dance for Comic Relief kicked off on The One Show on BBC One, while BBC Radio 2 and the Red Button are following his every step and shimmy.
He danced for 24 hours and raised a staggering £643,336. 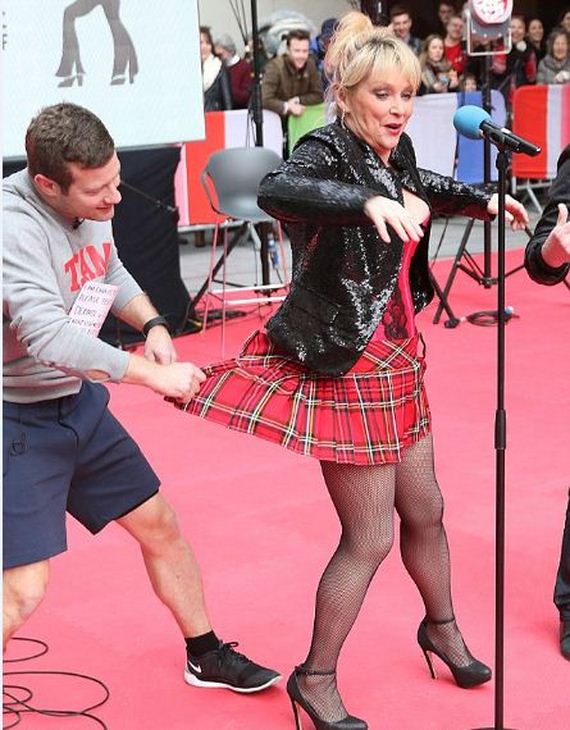 Tugged: The band reformed and let the classic bit be performed by Dermot on Friday 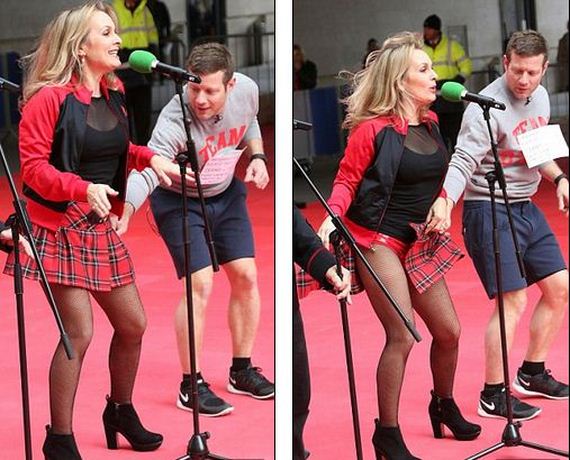 Skirting the issue: Jay Aston also had her skirt torn off by Dermot 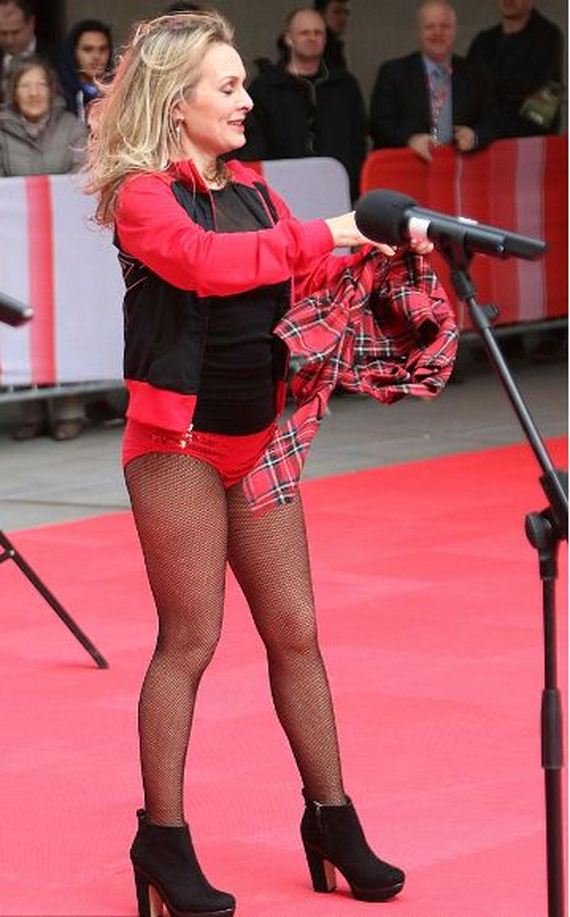 Hot stuff: She was soon holding her skirt in her hands as her red sequinned hot pants were revealed 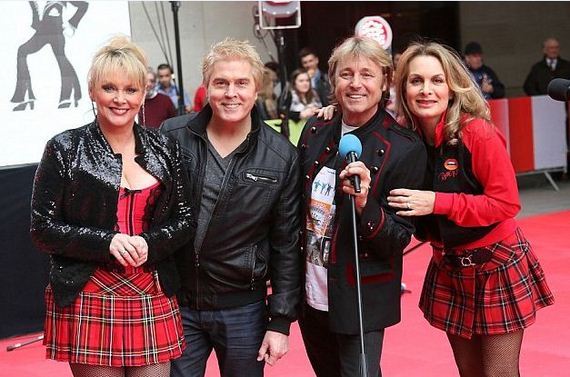 Previous Nicki Minaj – Filming a New Music Video in Los Angeles
Next Not a bum note! Kylie Minogue puts on a red hot performance showing off her trademark derriere as she kicks off the Australian leg of her world tour