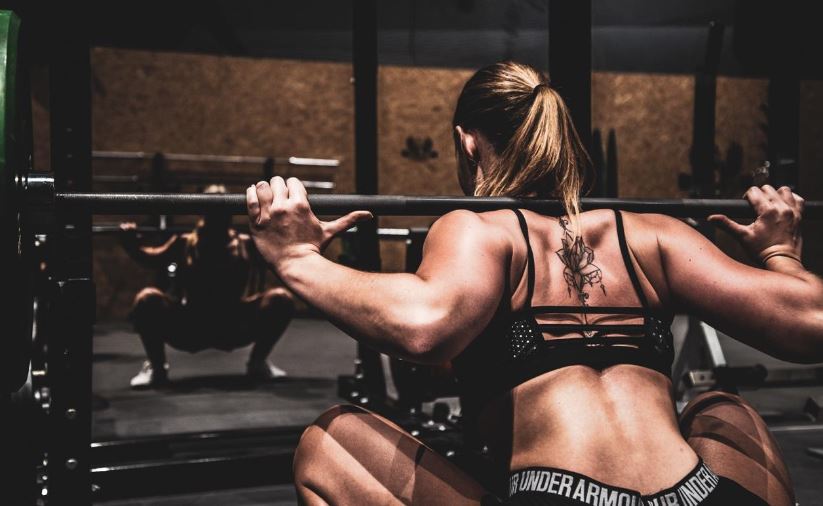 Men’s physique and hence masculinity are linked to muscle. The idea of femaleness or demonstrations of womanhood is not associated with muscularity.

Consequently, there is a big misconception that a sexy fbb does not adhere to the accepted standards of femininity.

What it means to be a “real woman” is put to the test by a sexy fbb. The idea that all men are huge, strong, and powerful, and all women are smaller, weaker, and more reliant on men is questioned. The mystery of a sexy fbb femininity can be enormous.

Many times, sexy fbb’s are accused of using steroids, being weird, uncertain about their sexuality, or intentionally seeking to upset people. They are accused of either having too much testosterone or not enough femininity.

They frequently hear that they are transvestites, greedy mothers, man-haters, or ugly.

On the other hand, we relate muscle to sports that are dominated by men, like bodybuilding.

Culturally speaking, bodybuilding is nearly entirely associated with men. Men participate, and their strength is the only factor considered. Their muscular bodies are contrasted based on symmetry, muscular shape, size, development, and overall presentation.

Additionally, it is a sport where the conflict between masculinity and femininity is most blatant.

Many women put in long, arduous hours of training to build strength and muscle, only to hear on competition day that they lack femininity. In contrast to men’s bodybuilding, femininity is considered while judging women’s bodybuilding.

Competitors are instructed to minimize their physique and muscle mass while emphasizing femininity, symmetry, proportion, tone, and definition.

They should also have an hourglass form, make beautiful moves, and move softly. They must dress in heels, revealing bikinis, and makeup.

Even ladies with enormous busts, who are attractive and thin, and whose muscles are hidden unless flexed, have been chosen by judges.

A feminine physique is slim, presentable, and appealing to men. Sports like body sculpting use femininity as a buffer to offset the fact that women also have muscle because the muscular female form is so difficult.

Women also develop muscle and strength when they work out and use their bodies the same way as male sportsmen. Being feminine keeps us from appreciating muscle. Muscle is not the issue.

Femininity itself is the issue. Ideas about what it means to be a woman make muscular women seem out of place. Femininity normalizes a round, soft, petite, and heterosexually attractive female figure.

Most women must expose their femininity on their bodies because it cannot be found within the body. This presentation is accomplished through minimizing muscularity, attire preference, makeup, hairstyles, grooming attention, and fingernail care.

Without a doubt, sexy fbb’s are attractive, and men know it. However, what factors are responsible for men’s attractiveness to sexy fbb’s?

For a start, sexy fbb’s are beautiful. Men love beautiful and hot-looking girls they can always flaunt. Although female bodybuilders may lack the curves and shape of a non-bodybuilder, this has not stopped them from being attractive to many men who want them for a relationship or to satisfy a fetish.

Men have sexual desires and fetishes, and a man whose sexual fetish is a sexy fbb would no doubt be attracted to this kind of woman. However, this in no way suggests that there aren’t men genuinely interested in female bodybuilders.

Another reason men find female bodybuilders attractive is that sexy fbb’s are considered healthy and fit. This is because bodybuilding is an element of exercise and exercise has numerous health benefits.

Female bodybuilders spend several hours in the gym, resulting in a healthy body and mind.

Having a desirable body gives you plenty of confidence and boosts your self-esteem. Yes, that’s right. Men love confident women; women who have high self-esteem know their self-worth.

Now, don’t mistake this for arrogance or pride. Men don’t like arrogant women, and being a sexy fbb won’t cover up for this.

There are many other reasons men love female bodybuilders. However, the fact is these reasons vary and are completely subjective.

In addition, not all men are attracted to female bodybuilders, but many men wouldn’t mind dating a sexy fbb.