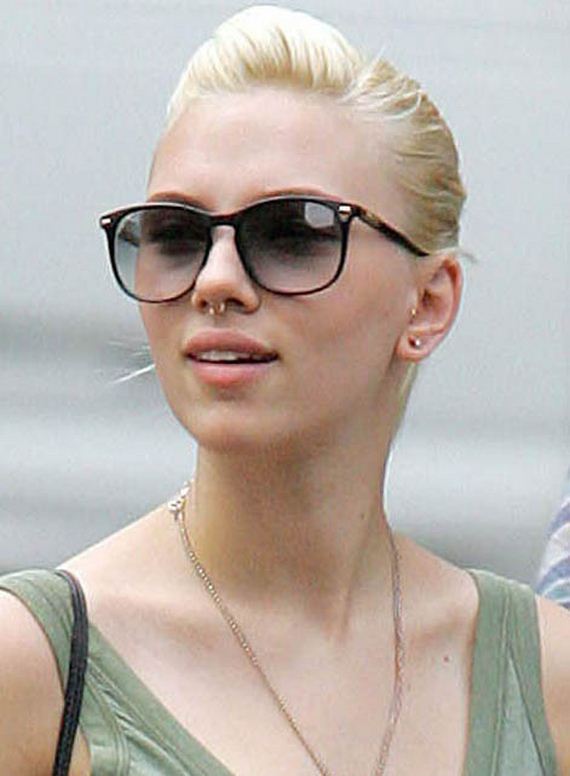 ScarJo had her Septum Pierced!
File this under, “what was she thinking?” The beautiful Scarlett Johansson had a ring in her septum.
With someone as pretty as “ScarJo” we wonder how she thought this was helping her? It looks a bit boar-ish if you ask us. And we’re not talking about the adjective, but the animal. She claimed it highlighted her “creative side.” To show off a creative side, take up art or take a fashion risk, don’t get your septum pierced! Needless to say, she’s no longer showing off this “side.” 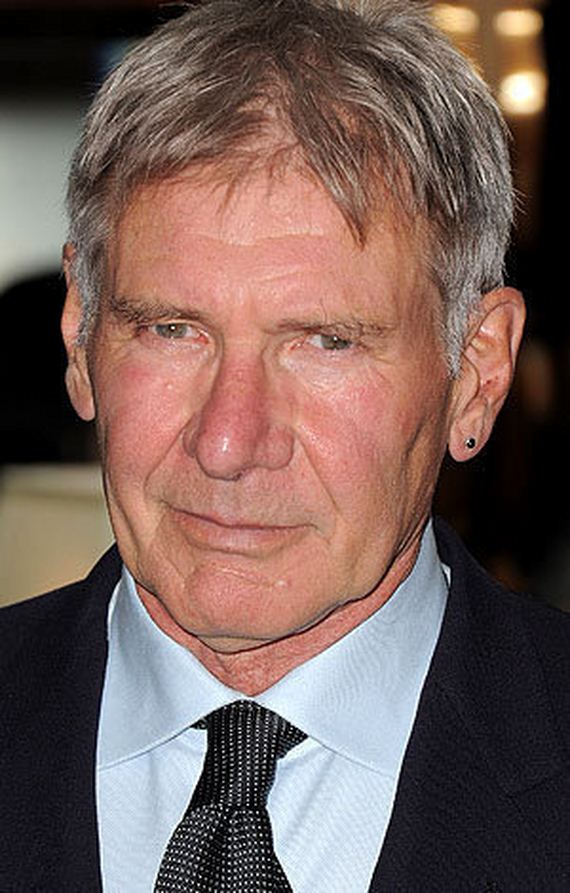 Harrison Ford Sports an Earring at 70
At 70 years of age, Harrison Ford is still sporting an earring. Even at that age, he makes it look cool.
Even more interesting? The Indiana Jones star got it pierced at the age of 55, at, where else? A Claire’s boutique! He got the earring to feel a bit more bonded to his buddies Jimmy Buffet and the late Ed Bradley. It seems even Hollywood elite succumb to peer pressure. Imagine being that nervous Claire’s worker, used to piercing pre-teen girls! 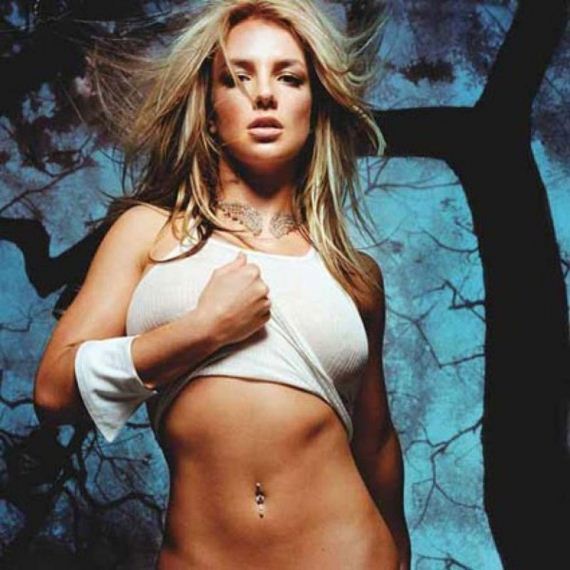 Britney Spear’s Epic Belly Button Ring
Remember when Britney Spear’s exposed belly button ring outraged many? Let’s be serious though, that’s the healthiest way she’s ever “acted out.”
A belly button ring? Gasp! Not so dramatic anymore as stars are piercing much more than a belly button. Surprisingly, Britney’s never exposed any other piercings, other than the normal ears and belly. Although the photos aren’t the greatest focus, Spears was seen recently on vacation still looking good and sporting her belly button ring. The teen star turned troubled star seems to have her life back on track. She’s looking better than she has in years! 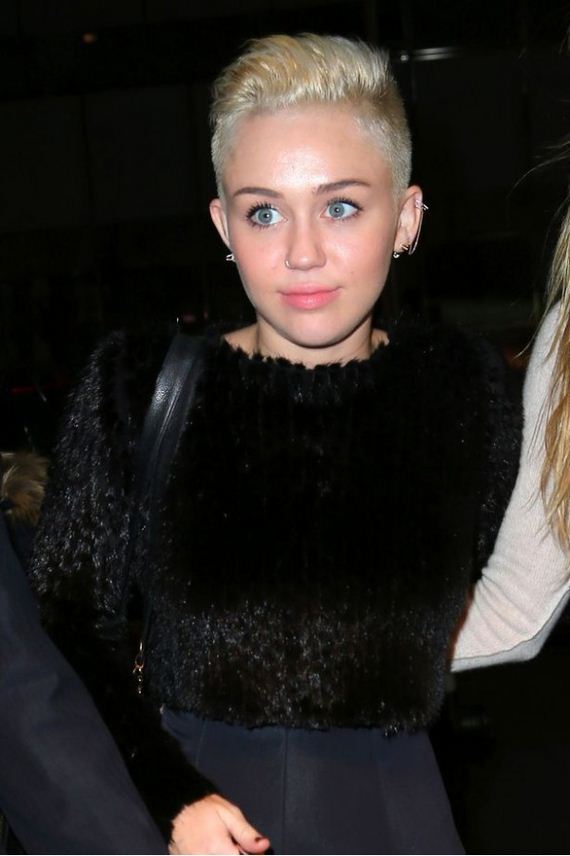 Miley Cyrus has 10 Piercings!
After chopping her locks, Miley Cyrus showed them off with all of her piercings. Or at least several ear piercings and a nose piercing.
The youthful and edgy Cyrus pulls this look off well. We know the star has at least 10 piercings. Those include 5 on the lobe and 3 on the cartilage, a nose piercing and a belly button piercing. For as many fashion risks as this star has taken recently, we’re surprised she only has 10. She wears them tastefully and they do fit her style. Good look on Miley! 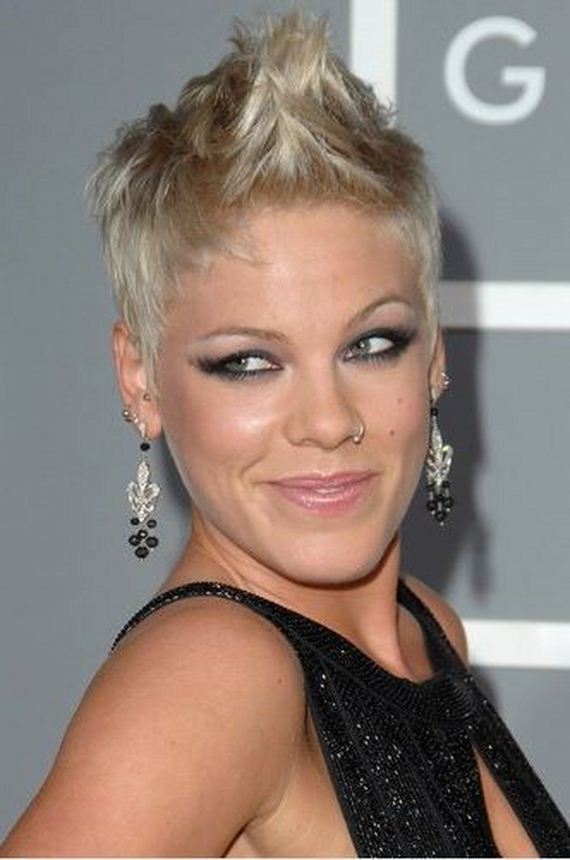 All of Pink’s Piercings
There isn’t much pop rocker Pink hasn’t pierced. We know of her tragus, ear and a nipple ring to date.
Just in case your not hip on your piercings, the tragus is the perforation projecting in front of the ear canal. It’s become popular in part, due to the fact it isn’t very painful to pierce. We have a very few number of nerve endings in the tragus. With her rocker-chic look, Pink pulls of her piercings well. Her more recent photos don’t show her donning all of her rings at once though. Perhaps, along with her music, Pink’s rebellious style is evolving as well. 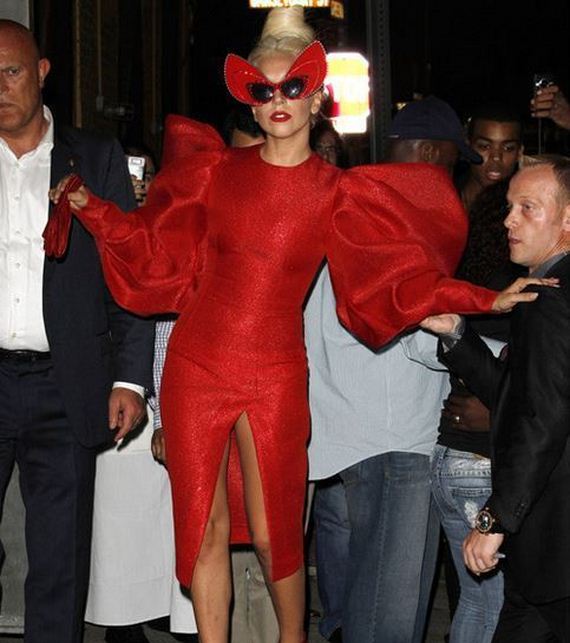 Lady Gaga Shows the World Her Piercing
Attention-craving Lady Gaga has left very little to the imagination regarding her piercings. We’ll let you figure out what we’re talking about!
The singer, who preaches to fans to “be themselves,” while constantly parading around in costumes, is always in the limelight. The former Catholic schoolgirl has even stepped out sans undergarments to reveal exactly what piercings she has. The nuns must be so proud. We’re certain no one is surprised by her antics. We’re also certain no one wanted to see them. Ohhh Lady G! Being yourself doesn’t need to include quite that much! 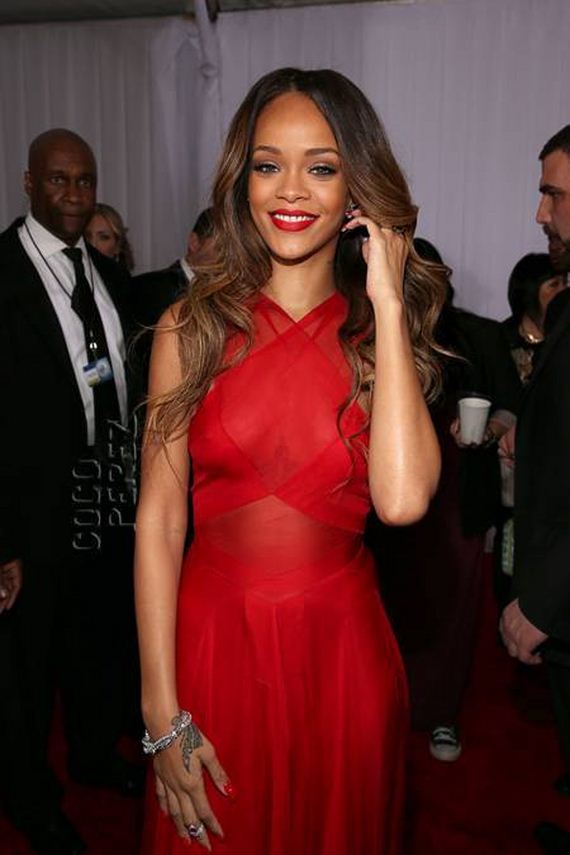 Rihanna Likes Showing Off Her Piercings
Showstopper Rihanna isn’t shy about her nipple piercings. Her sheer ensembles seem to purposefully show off pierced nipples.
We hope it is just a part of growing up, but keep a close eye on Rhi-Rhi. With her constant drama, the star could soon be sliding down the slippery slope of reality. Apparently she loves to show off her “adorned” nipples as well. It’s almost not even news anymore when she dons a sheer garment, showing the world what’s underneath. We hope this is just a phase for the crazy talented and beautiful singer, but only time will tell. One thing is certain – she’s still putting out amazing music! 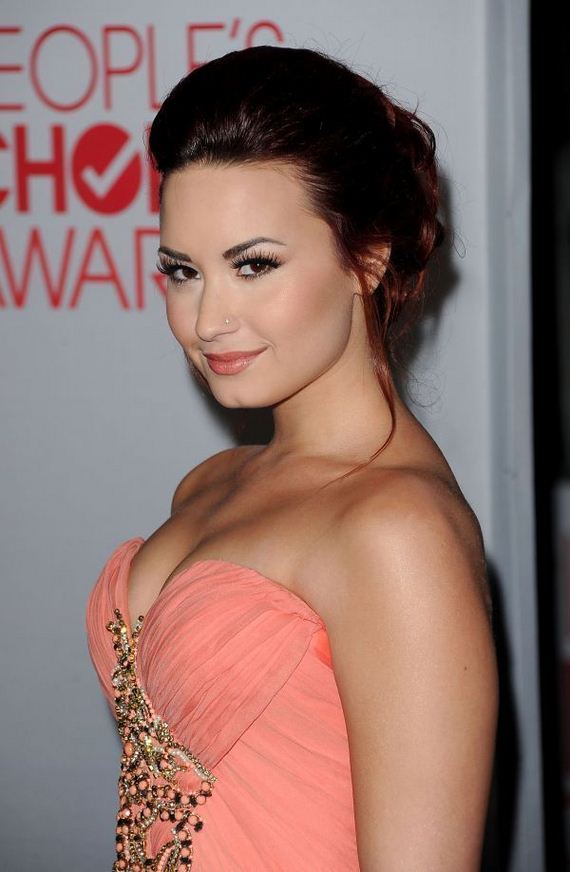 Demi Lovato’s Small Stud
It-girl Demi Lovato frequently sports a small nose stud. If there’s a tasteful way to don a nose stud, this is it.
Lovato is on the verge of a major comeback. The star, who has suffered from and sought help for both depression and cutting, is once again topping charts. Her bravery in speaking out about her personal tribulations has earned respect from many. Aside from her singing career, she is also a judge on the “X Factor.” Mending past wounds, she’s been the topic of celebrity gossip throughout the years. It’s good to see her life turning around for the best! 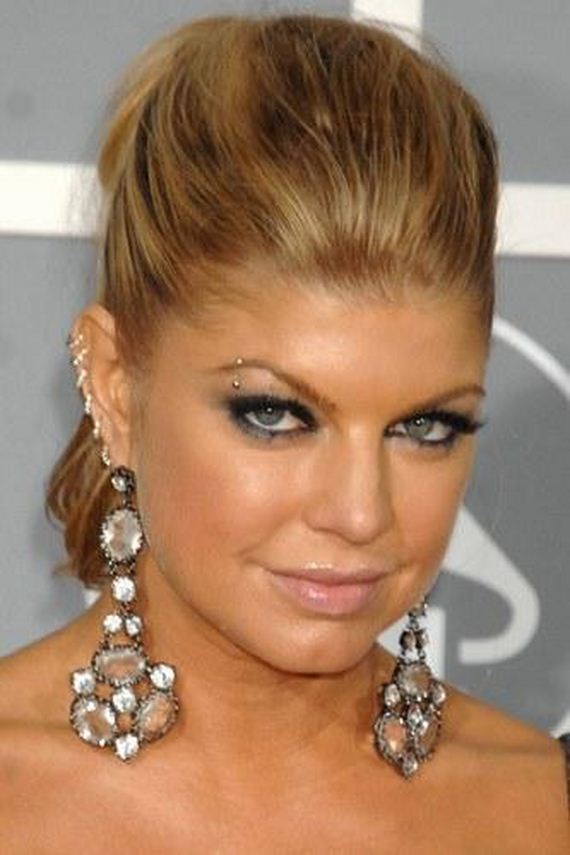 A Fergalicious Eyebrow Ring
It might be hard for anyone to pull off an eyebrow ring. Well, anyone but Fergie.
The singer from The Blackeyed Peas used to sport an eyebrow ring that somehow looked natural. Of course, with a slew of ear piercings, it did blend in a bit. Instead of allowing her ring to give off a goth or punk vibe, she made it almost ethereal. With an ever growing baby bump, the eyebrow ring hasn’t been spotted recently. It’s amazing what a child can do for a pop star! We’ll see if her wild side is permanently subdued after child! 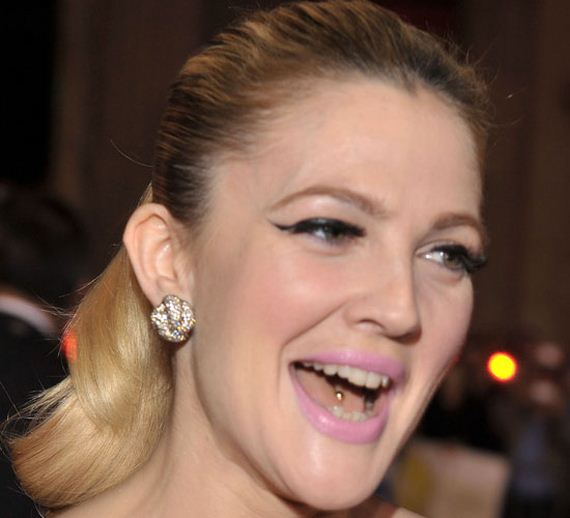 A Tongue Ring for Drew Barrymore
We all know about Drew Barrymore’s wild past. Even though she seems to have calmed a bit, it’s no surprise the actress has a tongue ring.
Originally getting the piercing to play a character in “Whip It”, a film about a roller derby team, she kept it afterwards. The ring has gained the quips of David Letterman and Ellen Degeneres. She’s not just shown her ring on film and for talk show hosts though. The star has flashed it on the red carpet as well. We wonder if new baby Olive has Drew re-thinking her wild ways? No word on if she still dons the ring or not. 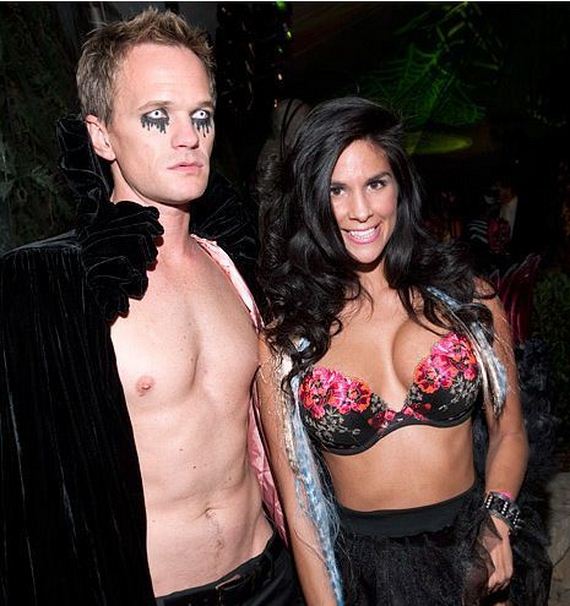 Neil Patrick Harris’ Nipple Piercing
Neil Patrick Harris showed up to a Halloween party at the Playboy Mansion last fall, showing off a nipple piercing. The small stud surprised many!
It might be hard to watch “How I Met your Mother” and not try to catch the piercing under his shirts from now on. The actor, engaged to E News correspondent David Burtka, has maintained a pretty straight-laced appearance. The two are fathers to twins via surrogate. Although a wedding date hasn’t been set, it’s said they will soon by moving to New York City. The move is believed to happen so the pair can legally wed. No word on whether Harris will show off his piercing during the ceremony! 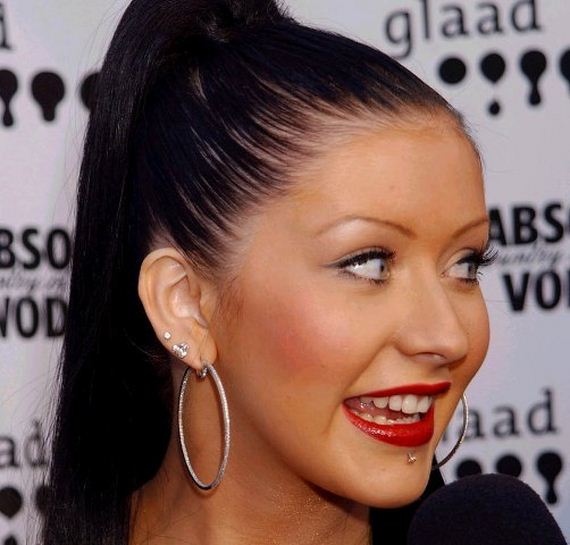 Christina Aguilera’s Labret Piercing
We’ve seen many sides to Christina Aguilera. Including a wilder side which had her piercing her nose, labret and apparently a nipple.
While the singer doesn’t sport the piercing anymore, some photos do still show-off its hole. Located just under the center of the lower lip, these piercings only allow for studs. They also run dangerous risks. Damage to teeth and gums happens frequently. The pain factor varies, some say it doesn’t hurt too much, others say it’s excruciating. It makes us shudder just thinking about it! 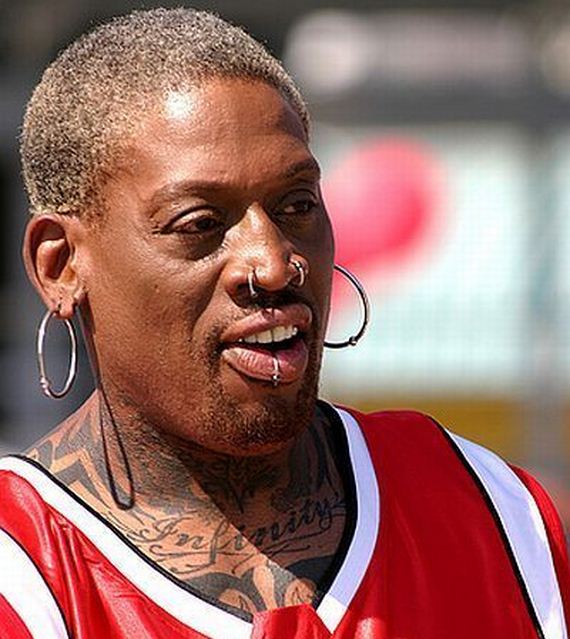 Dennis Rodman Pierces it All
Former NBA baller Dennis Rodman isn’t afraid of a piercing…or many many piercings. Aside from nostrils, lips and ears, it’s believed he’s done his eyebrows, chin and probably some unmentionables as well.
Remember when people just disliked Rodman because of his attitude? It appears his out of control tattooing, piercings and cross-dressing hasn’t won over many fans. His recent visit to North Korea also caused mocking. His visit with Kim Jong Un was controversial, as Rodman called him a, “friend for life.” He recently asked his “friend” via Twitter to release American Kenneth Bae. It must be a one-way friendship because that hasn’t happened. 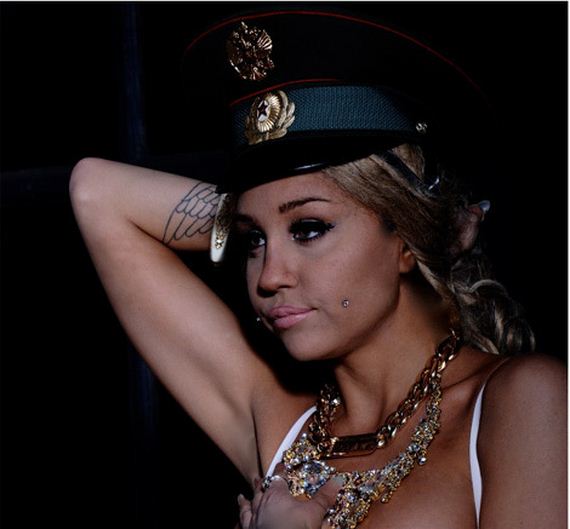 Amanda Bynes Dons Pierced Cheeks
Oh man, someone help this girl out! Amanda Bynes downward spiral continues with the piercing of her cheeks.
The star, oblivious to her bad behavior, is catching up with Lindsay Lohan when it comes to bad press. She’s been involved with hit-and-runs and DUI’s. However, her bad behavior doesn’t stop there. There’s rumored drug use, rehab stints and downright weird, although not illegal, behavior. She recently Tweeted out a half naked picture of herself as well. It’s sad to see stars with so much potential take a turn for the worse. Hopefully, she’ll get the help she needs! 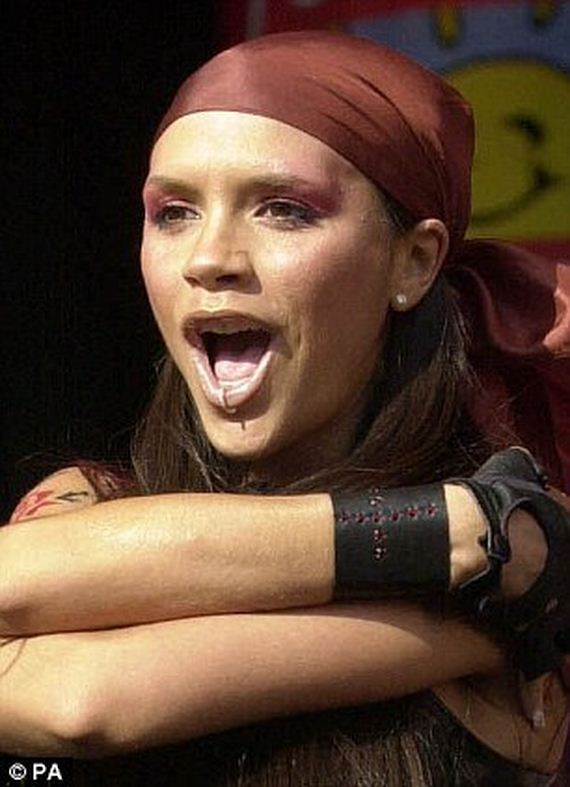 Victoria Beckham’s Lip Ring
Once upon a time, now queen of couture Victoria Beckham sported a lip ring. It was recently voted “Biggest Fashion Disaster of the Century!”
That maybe seems a bit much considering all of the disasters out there. However, it certainly wasn’t a good look. The now refined rarely smiling Victoria Beckham, we’re sure, wishes these pictures would go away. This was, of course, during her Spice Girl years. Like many celebs, she was probably trying to push the envelope. We’re thankful she’s stopped pushing quite so hard!