The Basketball Wives LA star was photographed arriving to popular BH sushi joint Sugar Fish in a yellow skirt, black tank top and red bag in tow.
With just a few weeks into the new season VH1′s, Basketball Wives LA, Draya has already bumped heads with a few of the cast members. In a recent interview with LA’s Power 106, Draya suggests that this season, she is not putting up with any nonsense.
“I had a big tolerance and I put up with a lot, but this season is different. I’m really not putting up with anything,” she said. “Everybody wants me to fight. It’s just not in my nature to be that person … Since the show, I cut my nails down, just in case,” she explained.
In the super trailer for this season, co-star Brittish Williams bluntly asks Draya if she was a ho. The trailer also shows huge blow outs with cast-mate, Sundy Carter. During a recent sit down with the group,(Brittish Williams, Jackie Christie and Sundy Carter) HipHollywood asked the crew one thing: Can you turn a ho into a housewife? 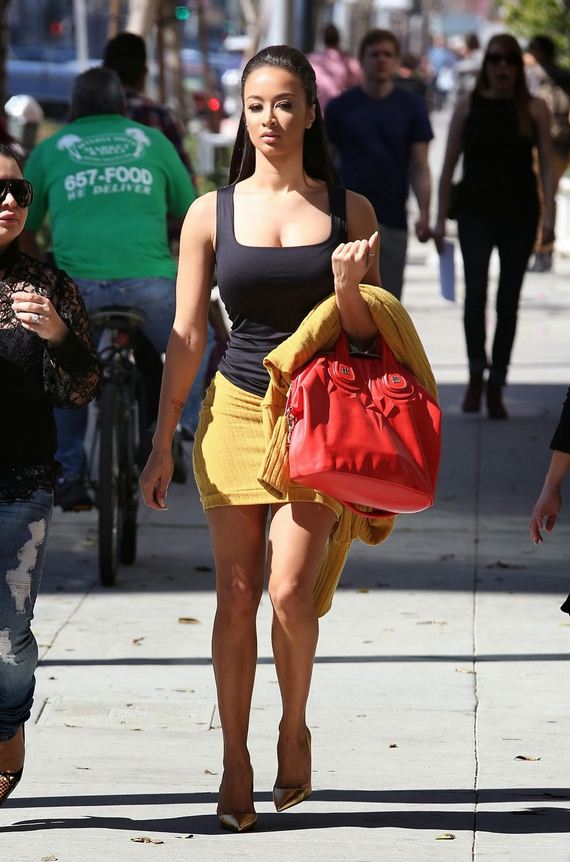 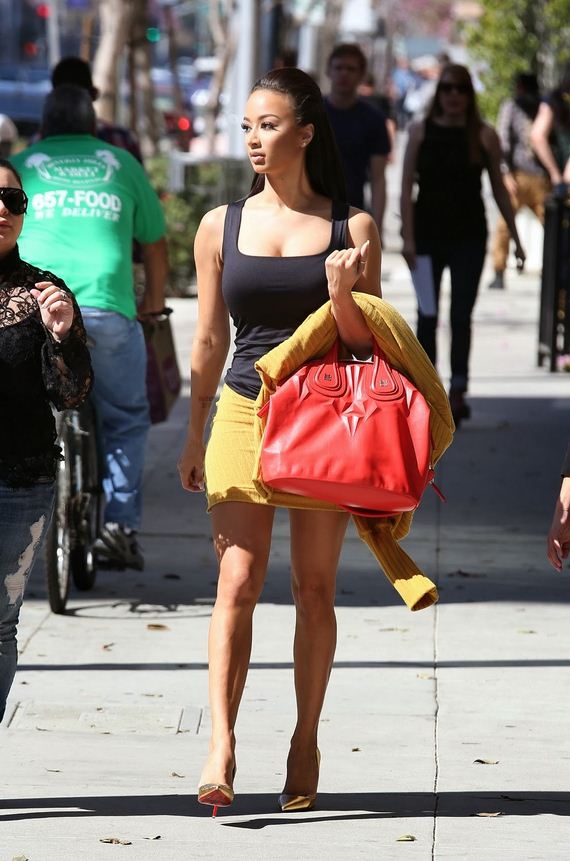 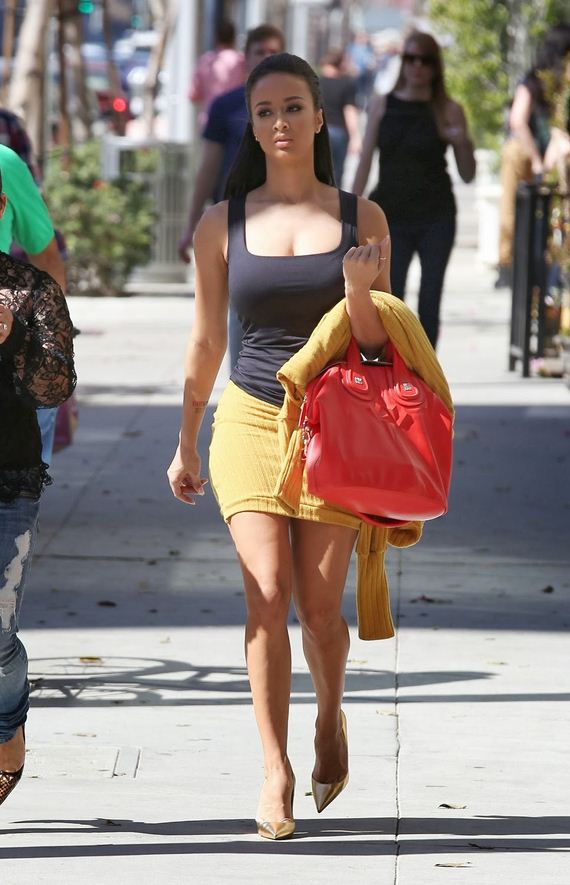 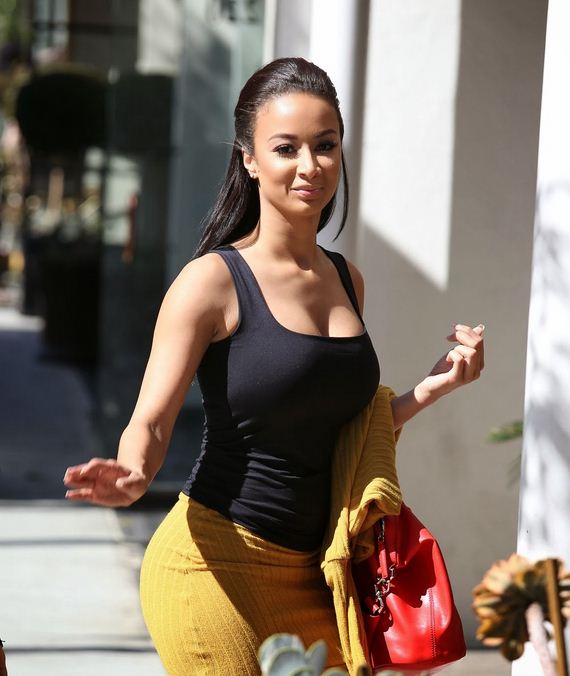 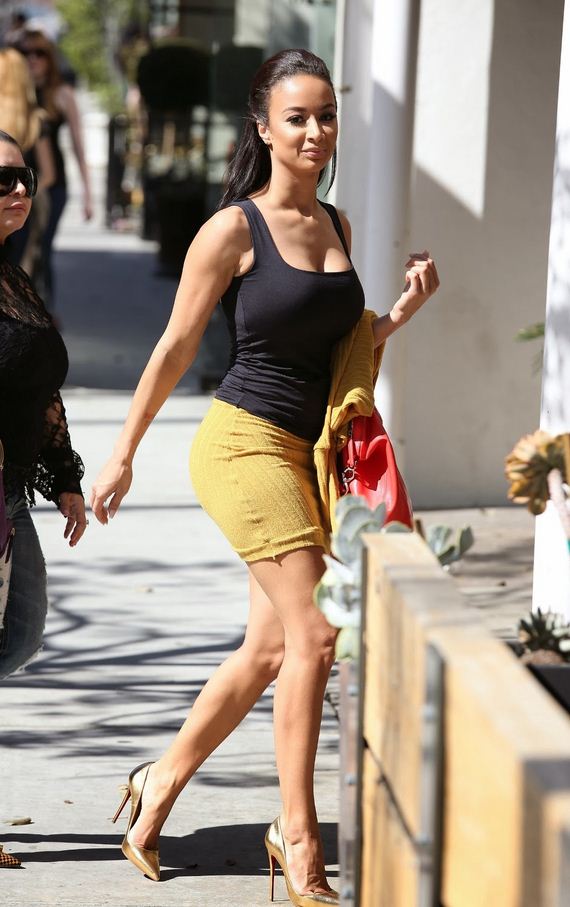 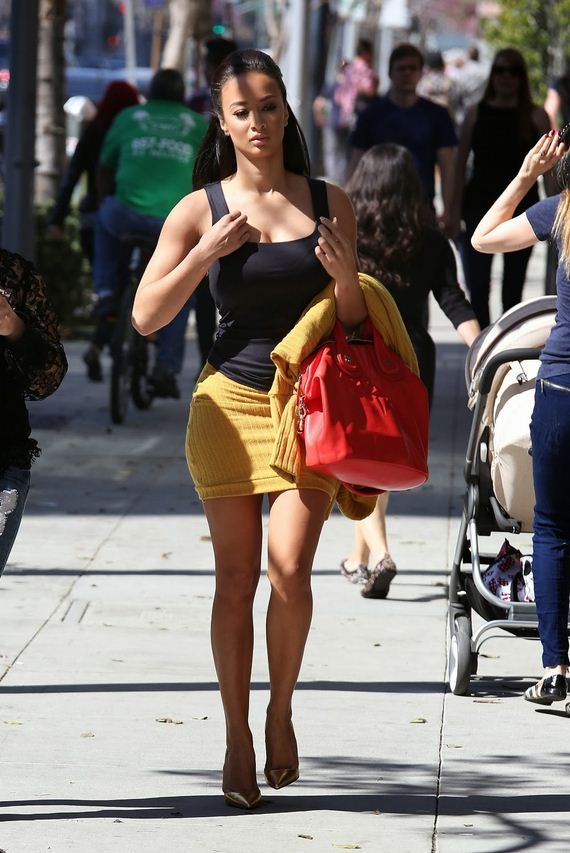 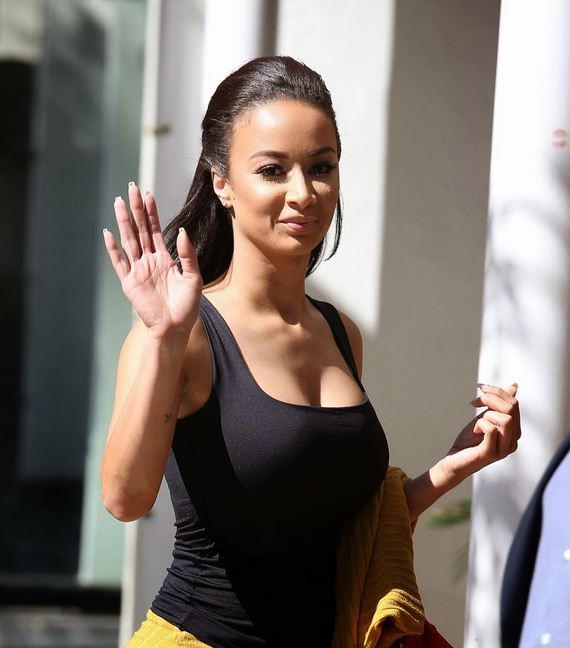