Danniella Westbrook and and her ex-fiancé Tom Richards have been openly feuding on Twitter over alleged claims of assault and now the former EastEnders star has revealed some serious bruising.

The 41-year-old was photographed at her local hospital earlier in the week with a horrible black eye, looking very worn out.

On the same day, on Thursday, she took to Twitter where she made several alarming claims that her 24-year-old on and off fiancé had physically abused her, accusations he has strenuously denied. 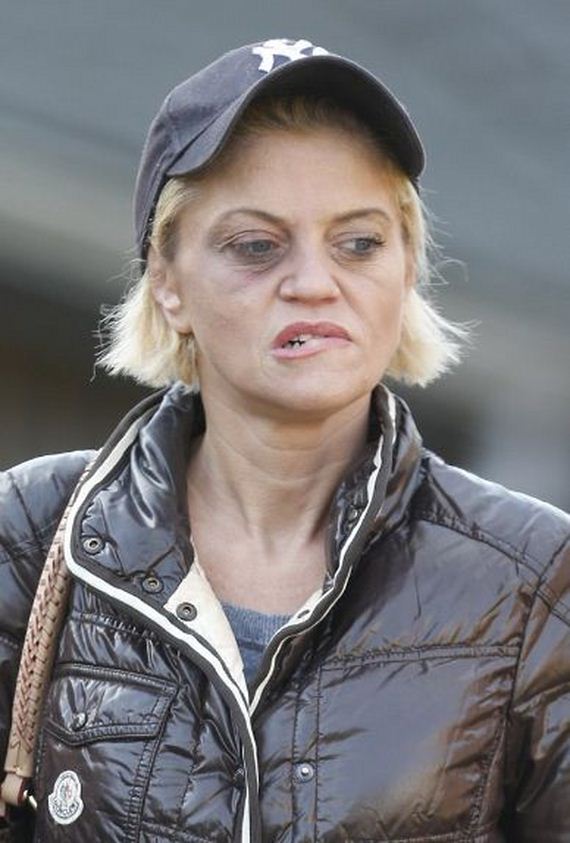 ‘Worn out’: Danniella Westbrook was photographed outside the hospital with a horrible black eye the day after she claimed her on/off fiancé had physically assaulted her 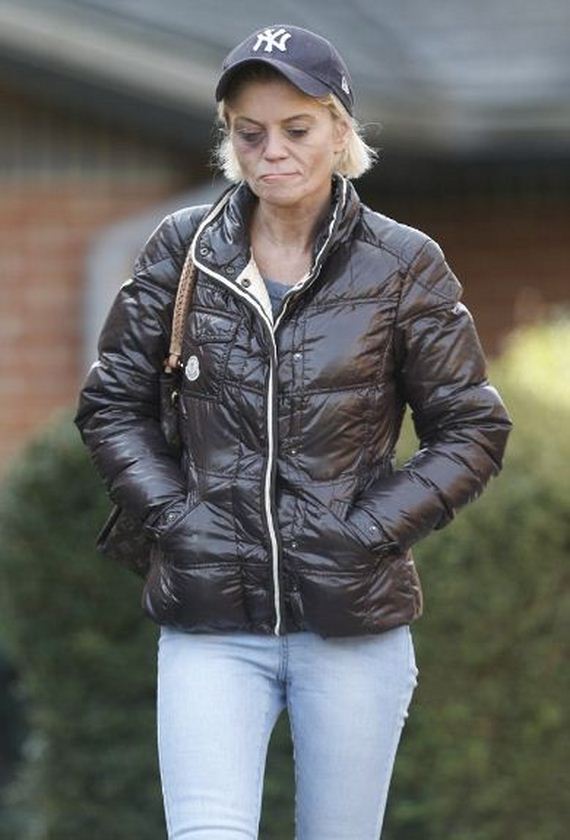 Downcast: The former EastEnders actress looked solemn as she made her way to the police station 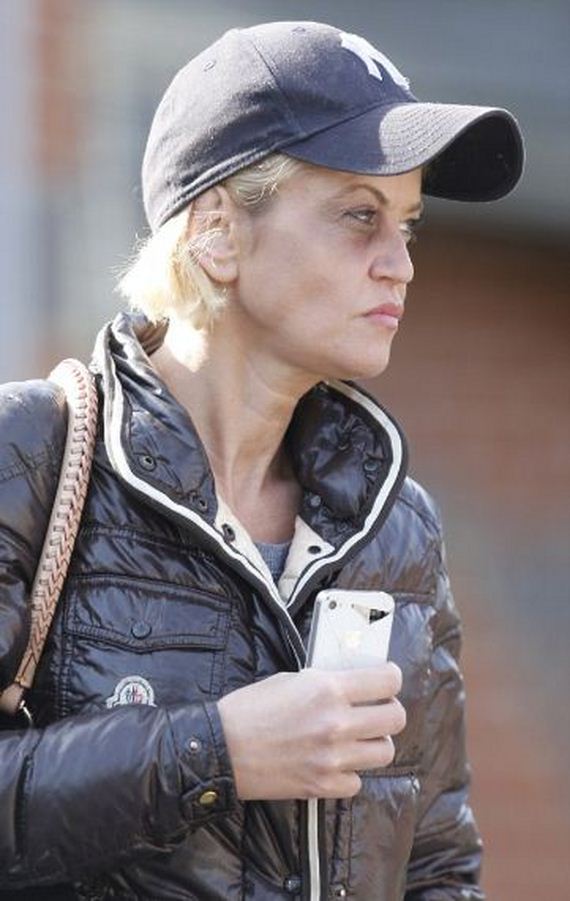 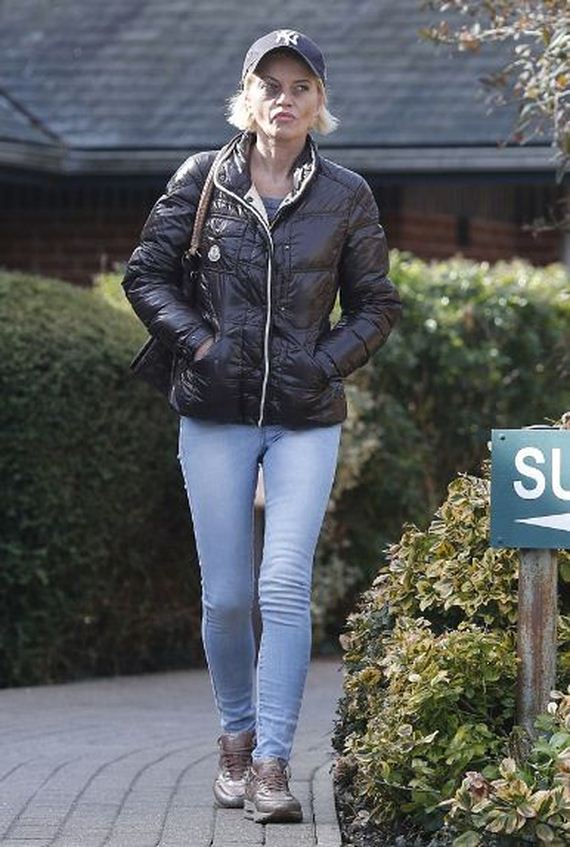 Planned shots? Tom Richards took to Twitter to accuse Danniella of making money from posed photographs outside the hospital 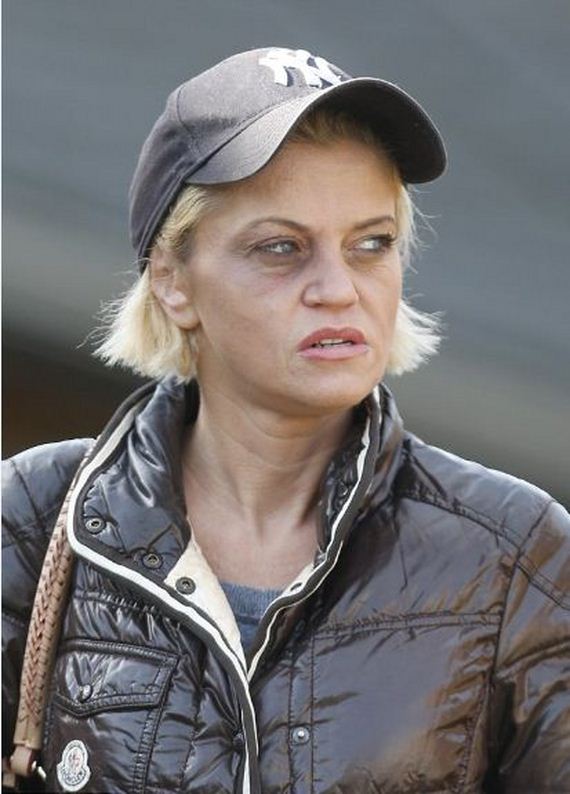 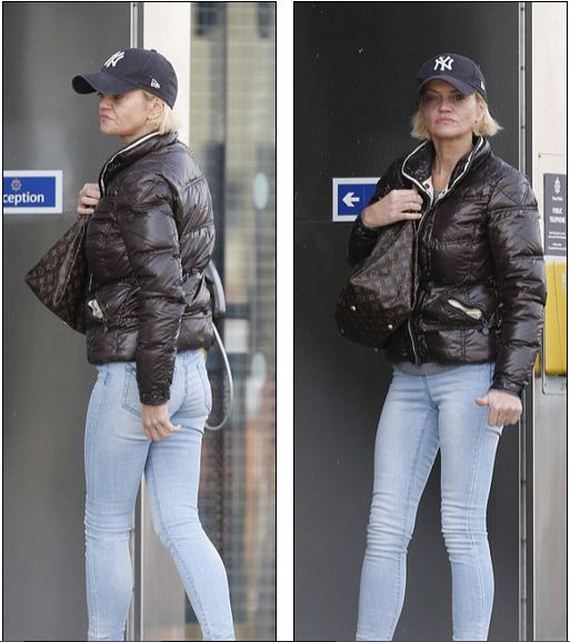 Official report: Daniella visited her local police station and has made an official allegation 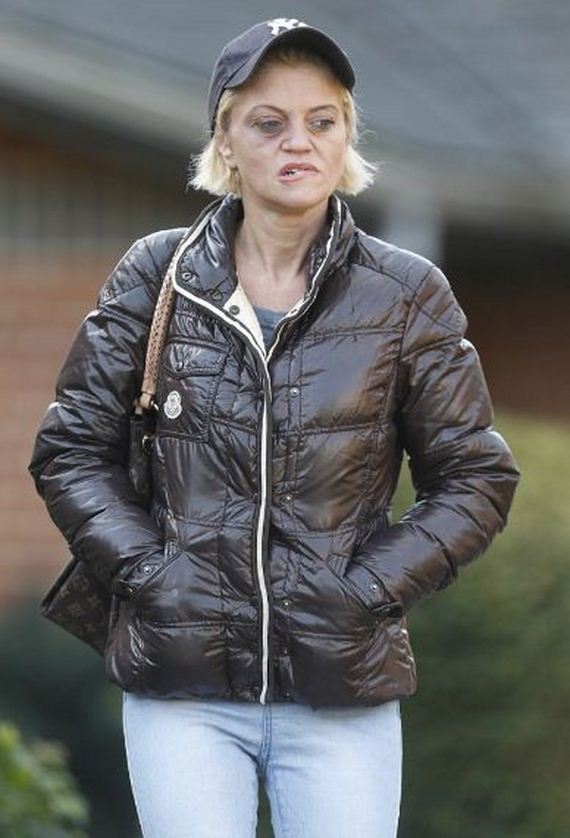 The original claims came via Twitter when Danniella first concerned her 127,000 followers in the early hours of Thursday morning: ‘Broken sleep tonight when all I wanted was rest after the most horrid day ever #Its9verNow’.

She then followed the message with an image of her palm that appeared to be severely bruised. 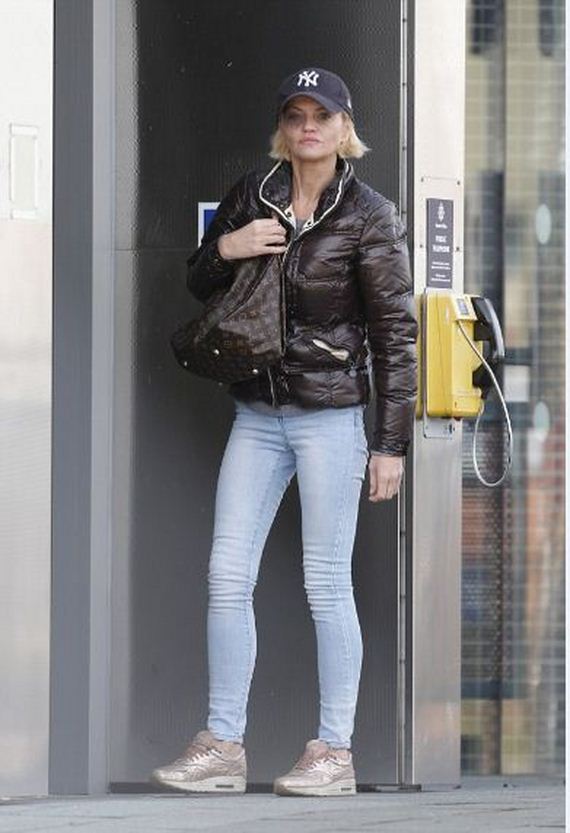 Met Police and doctors have been amazing: Danniella was quick to that the public services 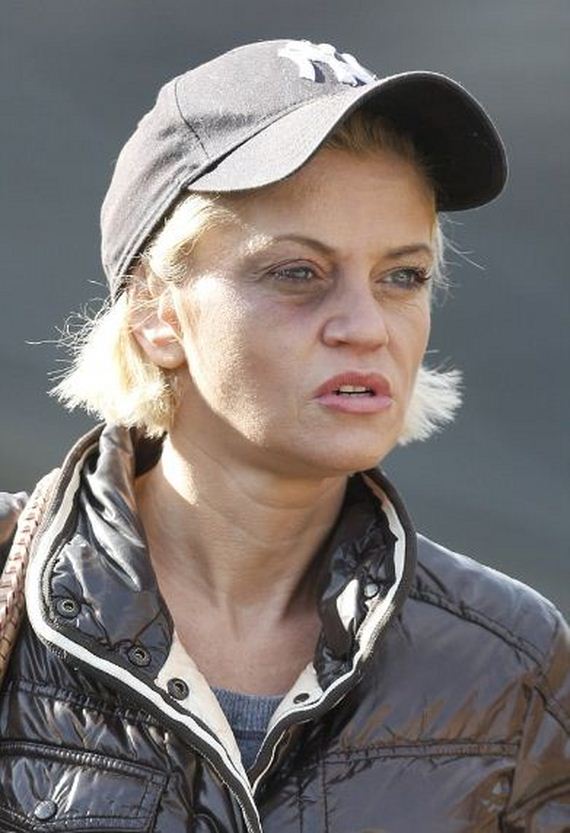 A bad year: Danniella split from her husband of 12 years in January last year and ended up in social housing after declaring herself homeless 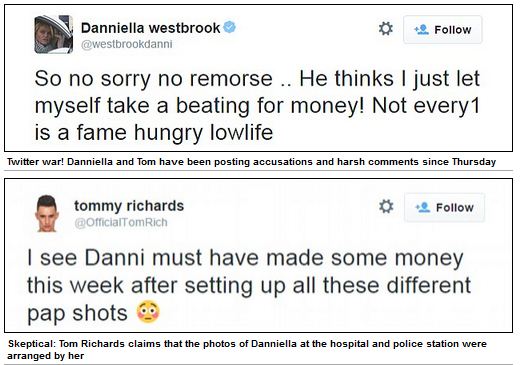 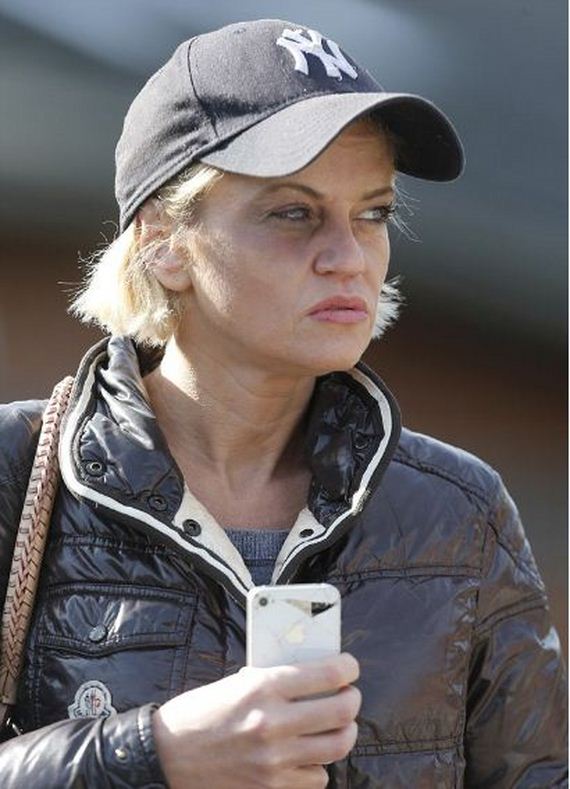 ‘I restrained her from hurting herself’: Richards took to Twitter to deny and defend himself against the claims

A post which was strangely retweeted by Tom Richards himself, who went on to write, ‘I’m not gonna play these stupid games, the truth will come out but I will deal with it the right way.’

A spokesperson for Essex Police has said, ‘On Friday March 6, Essex Police received an allegation of assault. Enquires are on-going.’ 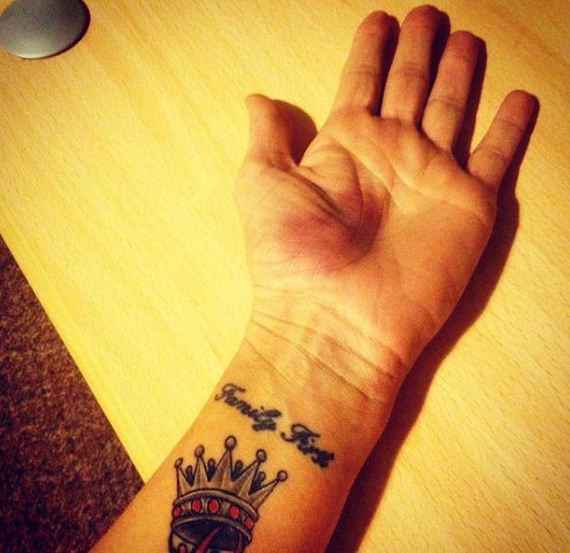 Shocking: On Thursday Danniella Westbrook, 41, made several alarming claims of abuse via Twitter against her ex fiancé cage fighter Tom Richards, 24, and posted a picture of her bruised hand 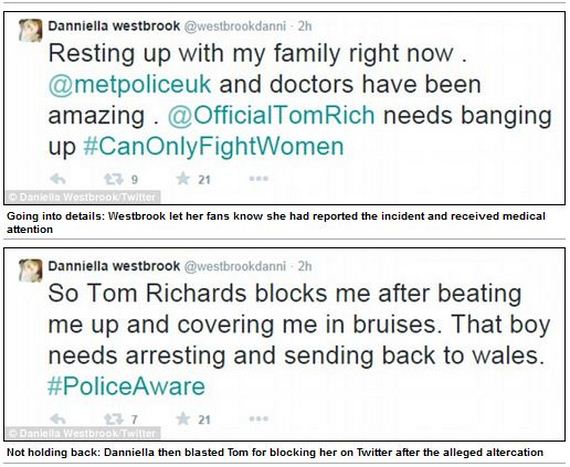 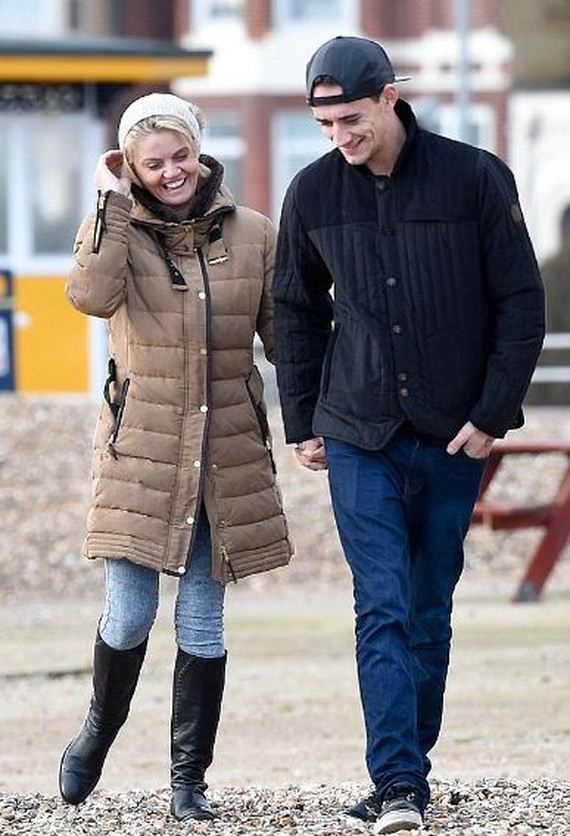 On and off: Danniella and Tom have not had the most plain sailing union and broke up at the end of 2014