Appearing in Beijing on Christmas Eve as if out of a dream, this masked superhero began handing out food, supplies and in some instances cash to the homeless and needy. Who is hiding behind the mask? 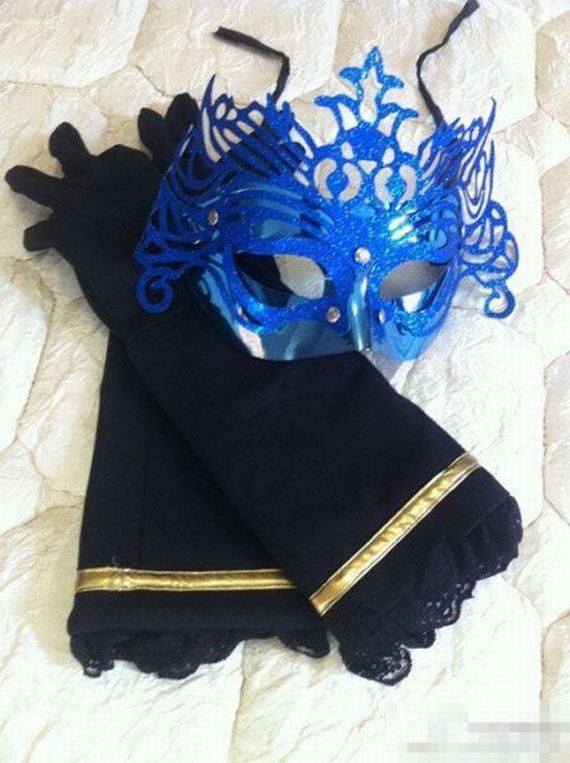 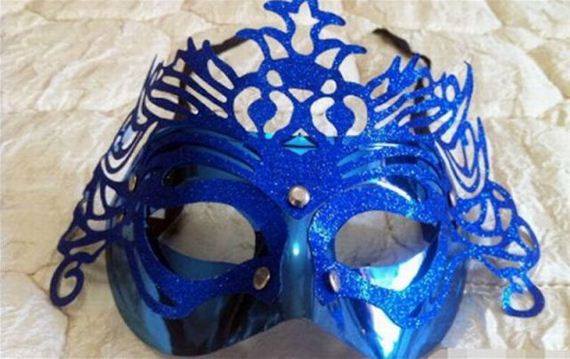 The self-described “Rosebud Woman” maintains a public microblog in Chinese and has only been photographed a few times. Her sudden appearance created quite a buzz in the local media and on the Internet, which might also have to do with her unique outfit. Wearing a blue mask, black tights, a cape and a top that accentuates her bust, she is hard not to notice kneeling down next to homeless people distributing food. 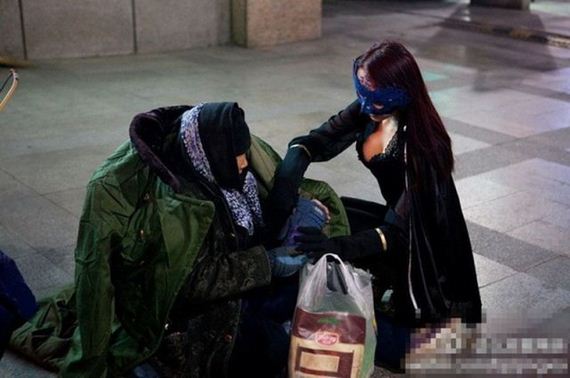 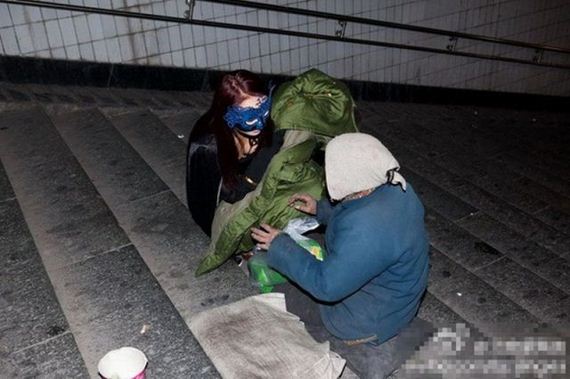 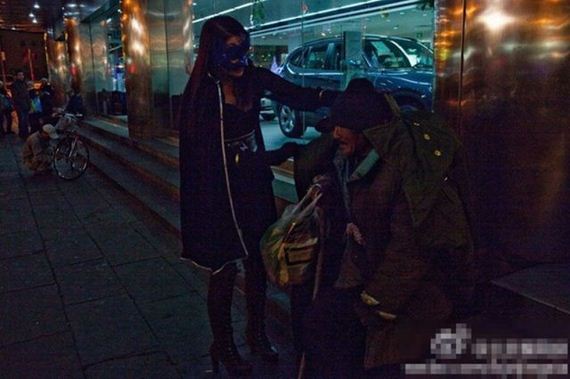 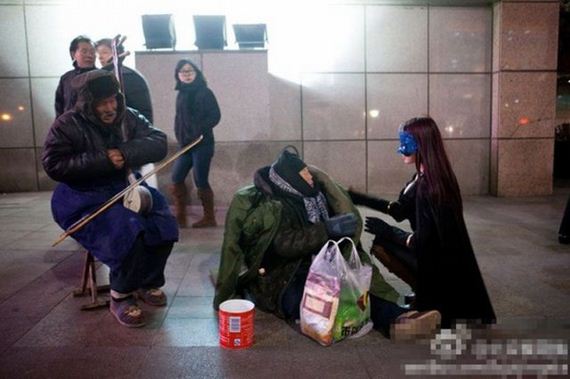 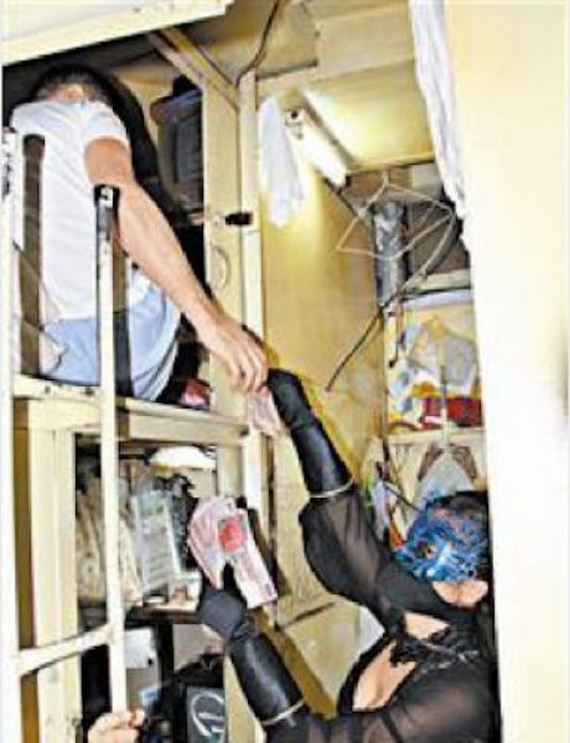 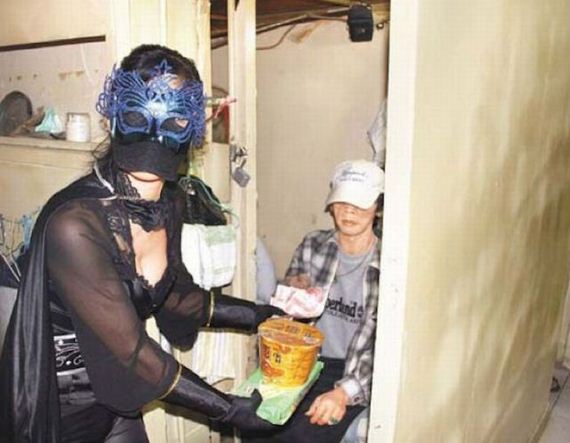 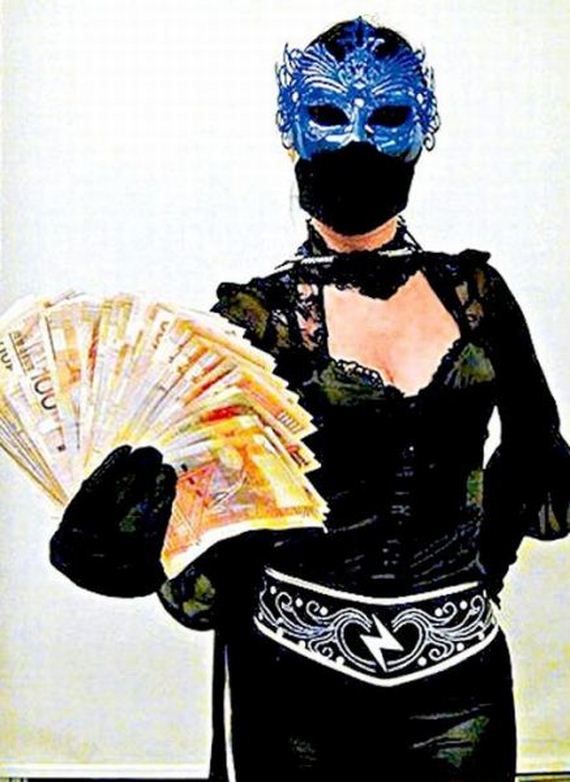 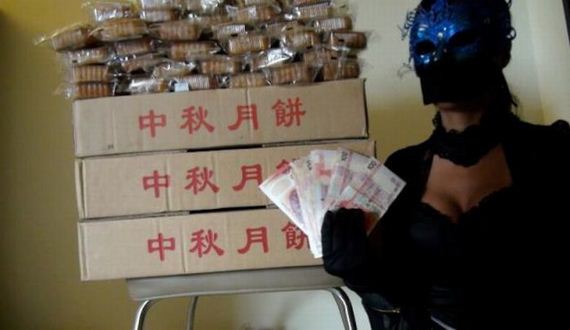 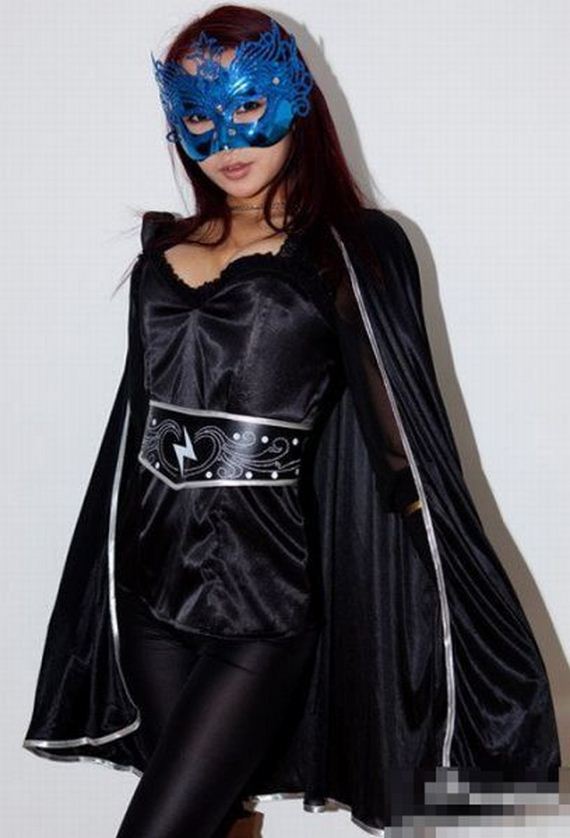 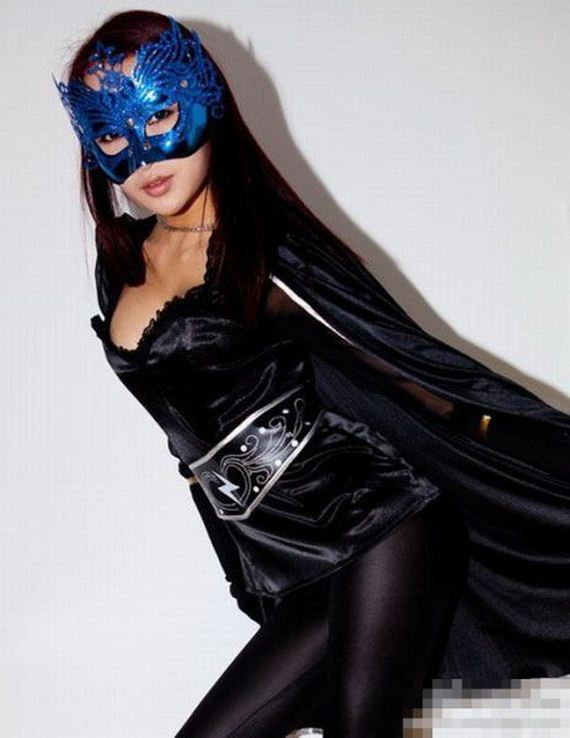 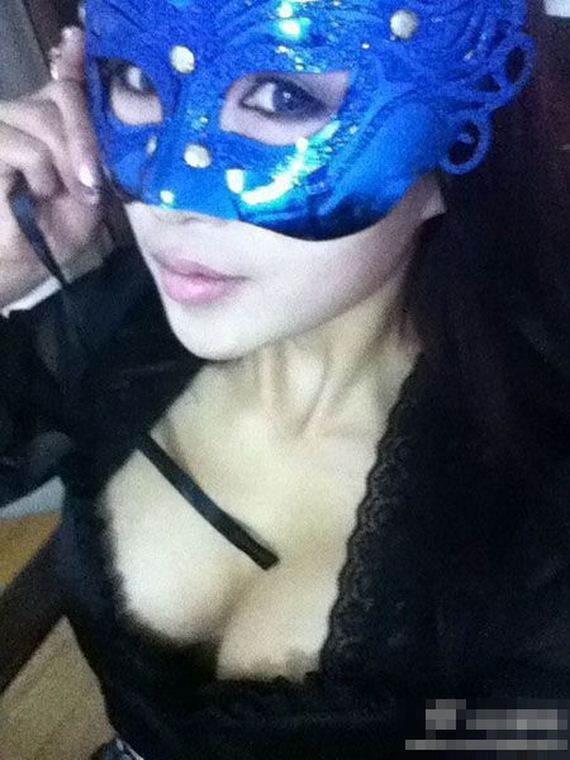