Camila Cabello has been in the news for the past two months due to rumors that she found love in Austin. 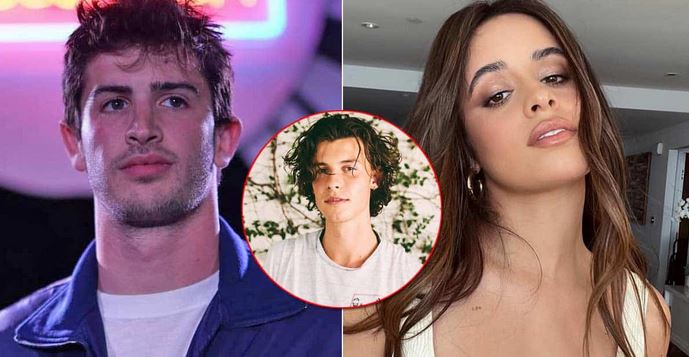 Fans were devastated when Camila Cabello and Shawn Mendes announced their breakup after a two-year happy relationship in November 2021. Since then, the two have only said positive things about each other and wished each other a bright future. Camila appears to have moved on entirely now that she has found love again in Austin Kevitch. The Internet is now watching as the two flaunt their PDA on the streets of Los Angeles.

Camila Cabello has been making headlines over the past two months due to rumors of her finding love in Austin. The two were spotted together, which immediately sparked speculation on the Internet. Kevitch is the CEO of the Lox Club and has a large fan base. In the last two months, the two had made multiple appearances.

Camila Cabello and Austin Kevitch chose to confirm their relationship and seal it with a kiss on the cheeks, you guys, on their most recent trip in Los Angeles. Continue reading to learn everything you need to know about today’s most exciting update.

Austin rested his hand on top of his girlfriend's knee as they sat close enjoyed a bite to eat pic.twitter.com/3ij5r1uxni

According to the most recent videos and photos that have surfaced on the Internet, Camila Cabello and Austin Kevitch’s PDA is slowly catching up, and people are taking notice. Thanks to the Twitter photo of her planting a kiss on his check and afterwards caressing it with her hand. Camila is wearing a bright blue flowery dress and looks radiant, while Austin is dressed casually. In a video, the two are talking while Camila drapes her hands over his shoulder. Everything is listed below.

In a joint statement in November 2021, Camila Cabello and Shawn Mendes said, “Hey guys, we’ve decided to stop our romantic relationship but our love for one another as humans is stronger than ever, We started our relationship as best friends and will continue to be best friends.” We are grateful for your help from the start and will continue to do so. Shawn and Camila.”