All the People That Eminem Has Ever Dissed

Eminem apparently loves a good feud and controversial lyrics. Check out all the people the rapper has thrown shade to.

1. Khloe Kardashian and Lamar Odom
“All I know is I fell asleep and woke up in that Monte Carlo / With the ugly Kardashian / Lamar, oh sorry yo, we done both set the bar low / Bars hard, drugs hard thought that’s the past.” (“Berzerk”)

2. Mariah Carey and Nick Canon
Mariah Carey and Eminem have been battling it out since 2001 ever since the rapper claimed he had a relationship with her. He’s dissed her in many songs including “Superman,” “Jimmy Crack Corn,” and “The Warning,” which including the line “You gonna ruin my career you better get one!” But Carey struck back in her 2009 hit “Obsessed.”

4. Britney Spears
Also in “The Real Slim Shady,” Eminem manages to take a stab at Ms. Spears: “You think I give a damn about a Grammy? / Half of you critics can’t even stomach me, let alone stand me/ “But Slim, what if you win, wouldn’t it be weird?” / Why? So you guys could just lie to get me here? / So you can sit me here, next to Britney Spears?”

5. Will Smith
Eminem apparently took issue with Will Smith’s squeeky clean rap (no cuss words, no talks about killing anyone), rhyming “Will Smith don’t gotta cuss in his raps to sell records/well, I do / So f–k him, and f–k you too” on “The Real Slim Shady.”

6. *NSYNC
Eminem threw boy bands under the bus, including fan favorite *NSYNC. In the video for “The Real Slim Shady,” the rapper appears to dance in the video with the group over the words, “I’m sick of you, little girl and boy groups / all you do is annoy me / so I have been sent here to destroy you.”

7. Moby
After electronic music afficionado Moby spoke out against Eminem’s use of misogynistic and homophobic lyrics, the rapper struck back in “Without Me”: “Moby you can get stomped by Obie / you 36-year-old bald headed fag blow me / You don’t know me, you’re too old let go its over, nobody listens to techno.”

8. Michael Jackson
The music video for “Just Lose It” dropped to the displeasure of the late Michael Jackson. The video was a parody of the singer’s child molestation trial and mocked singer’s plastic surgery and a 1984 incident in which Jackson caught his hair on fire while filming a Pepsi commercial.

11. Justin Bieber
“Him don’t give a damn about Bieber, do Him? / What a demon, a behemoth, evil just seems to be seeping through him.” (“A Kiss”)

12. Rihanna
“’I’ll pee on Rihanna, see man / I’ll do what I wanna /
Spray perfume in a sauna / Run Crazy Glue and Madonna / To the La-Z-Boy sofa / Fold her in two then sit on her,” Eminem proclaimed in “Medicine Ball.”

13. Madonna
“Imagine the visual for that, man / Who woulda thought I Could ever be such a relentless / Prick unleashing his angers(?) / But the chick’s so old
She looks like she out-lived a life sentence.” (“Medicine Ball”)

14. Kim Kardashian
“Damn, I think Kim Kardashian’s a man / She stomped him just cause he asked to put his hands /
On her massive Gluteus maximus again / Squeeze it, then Squish it, then pass it to her friend.” (“We Made You”)

15. Jessica Alba
“Why should I wash my filthy mouth out / You think that’s bad you should hear the rest of my album /
Never has there been such finesse and nostalgia /
Man Cash, I don’t mean to mess up your gal but / Jessica Alba put a breast in my mouth (brrp) / Wowzers, I just made a mess of my trousers.” (“We Made You”)

16. Lindsay Lohan and Samantha Ronson
“He does not mean to lesbian offend / But Lindsay please come back to seeing men / Samantha’s a 2, You’re practically a 10 / I know you want me girl,
In fact I see your grin.” (“We Made You”)

17. Ellen DeGeneres and Portia de rossi
“Sorry Portia, but what’s Ellen DeGeneres / Have that I don’t, are you telling me tenderness?/ Well I can be as gentle and as smooth as a gentleman /
Give me my ventolin inhaler and 2 Xenadrine.” (“We Made You”)

19. Elvis
“I am the worst thing since Elvis Presley / to do black music so selfishly / and used it to get myself wealthy / (Hey!!) There’s a concept that works

Tags all the dissed eminem ever Has people 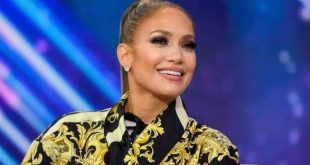 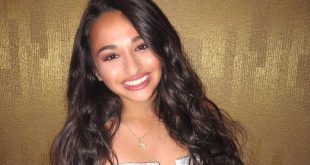 The Hottest Jazz Jennings Photos Around The World 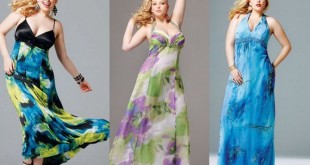 Plus Size Maxi Dresses: How To Choose And How To Wear

The Biggest Wedding Dates to Consider in 2015

7 Feel-Good Gifts To Give This Holiday Season

26 Perks of Being in a Serious Relationship in Your 20s

Brad Pitt Gets Literally Upstaged By Louis C.K. on Between Two Ferns

Loading... We shouldn’t really be surprised anymore when huge celebrities appear on Zach Galifianakis’s Between …