California girl Alexis Ren took her Halloween to the beach, where she slipped into what I guess is called a NEGLIGE and a pair or angel wings that we can assume will double as an audition for Victoria’s Secret since they have the whole Angel thing on lock.


The babe, who got her start as the girlfriend role in a social media based action and adventure channel that went viral. The two “lovebirds” posed in what I would call racy poses as they travelled the world half naked chasing that endless summer. They’d dive, jump out of planes, the visuals aspirational all while running this sensual storyline even the most bitter cat lady would get soft on in her cubicle at her data entry job.

She gets some hate or criticism for her body modifications, that for someone like me who doesn’t like body modifications and feels the world is fake enough without them, I will say they could be worse and ultimately, when you have a hot angel posing half naked on the beach, you have to focus on the good and not the bad, you have to buy into the fantasy that the afterlife is full of girls dressed like this, you know since it is for eternity. 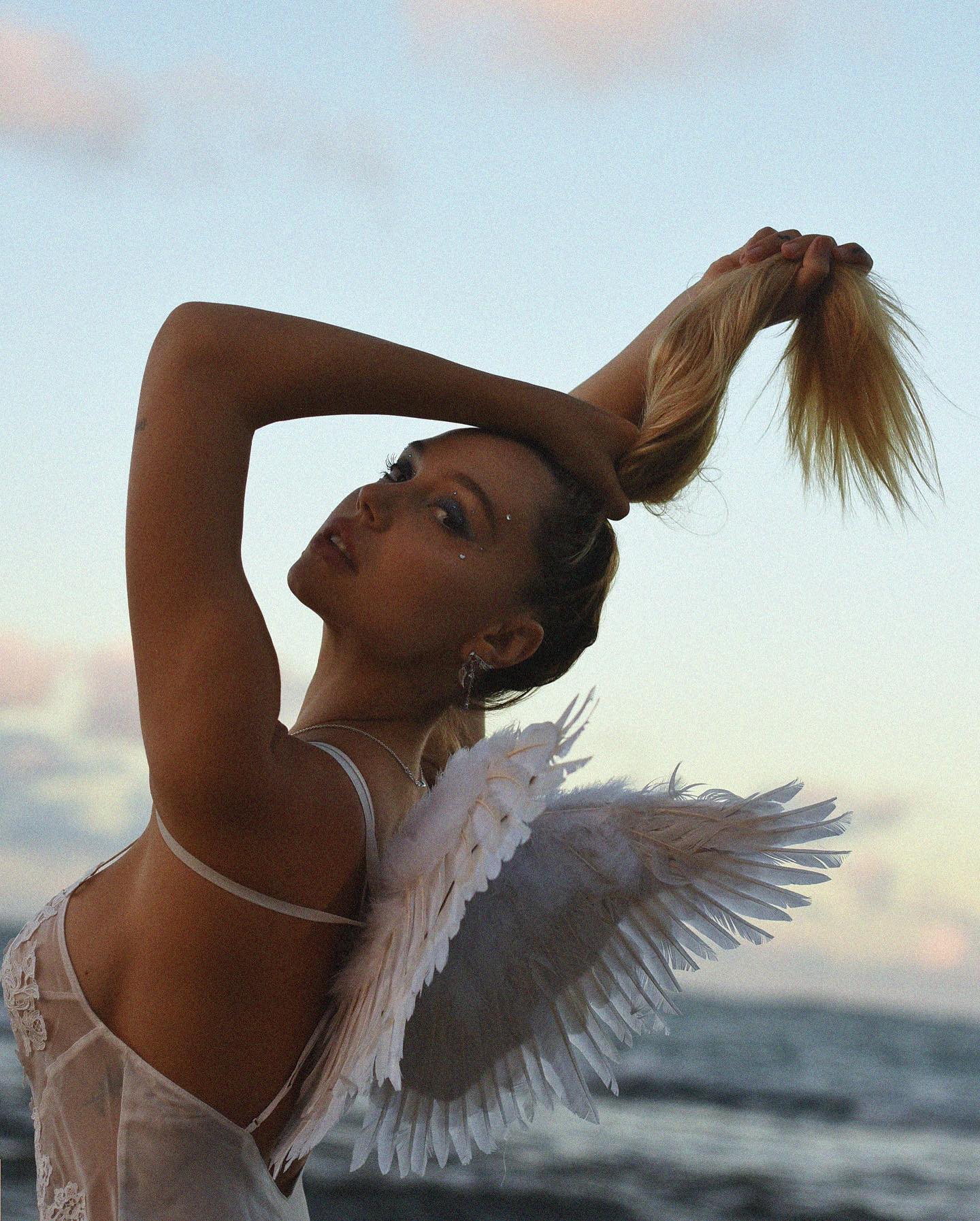 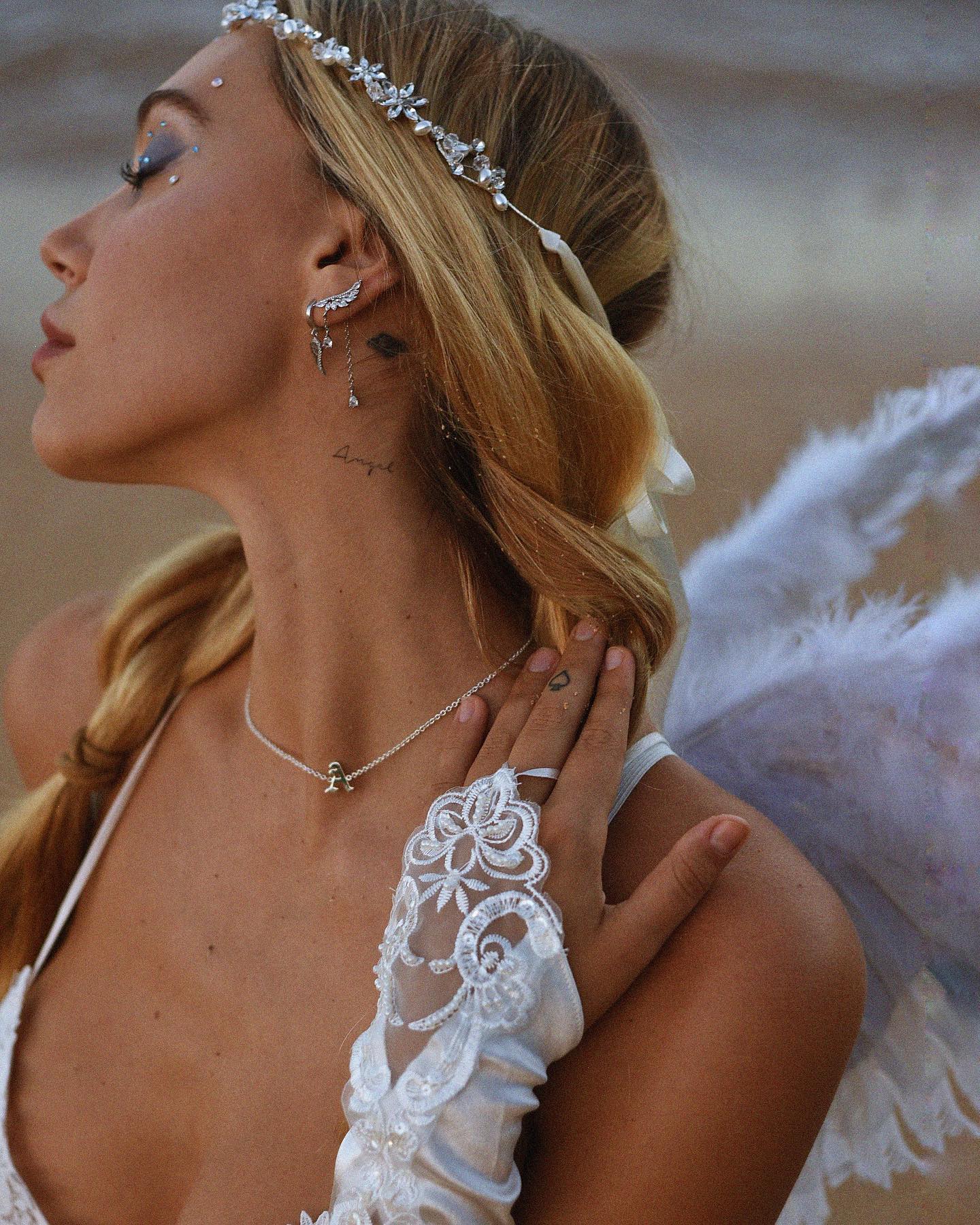 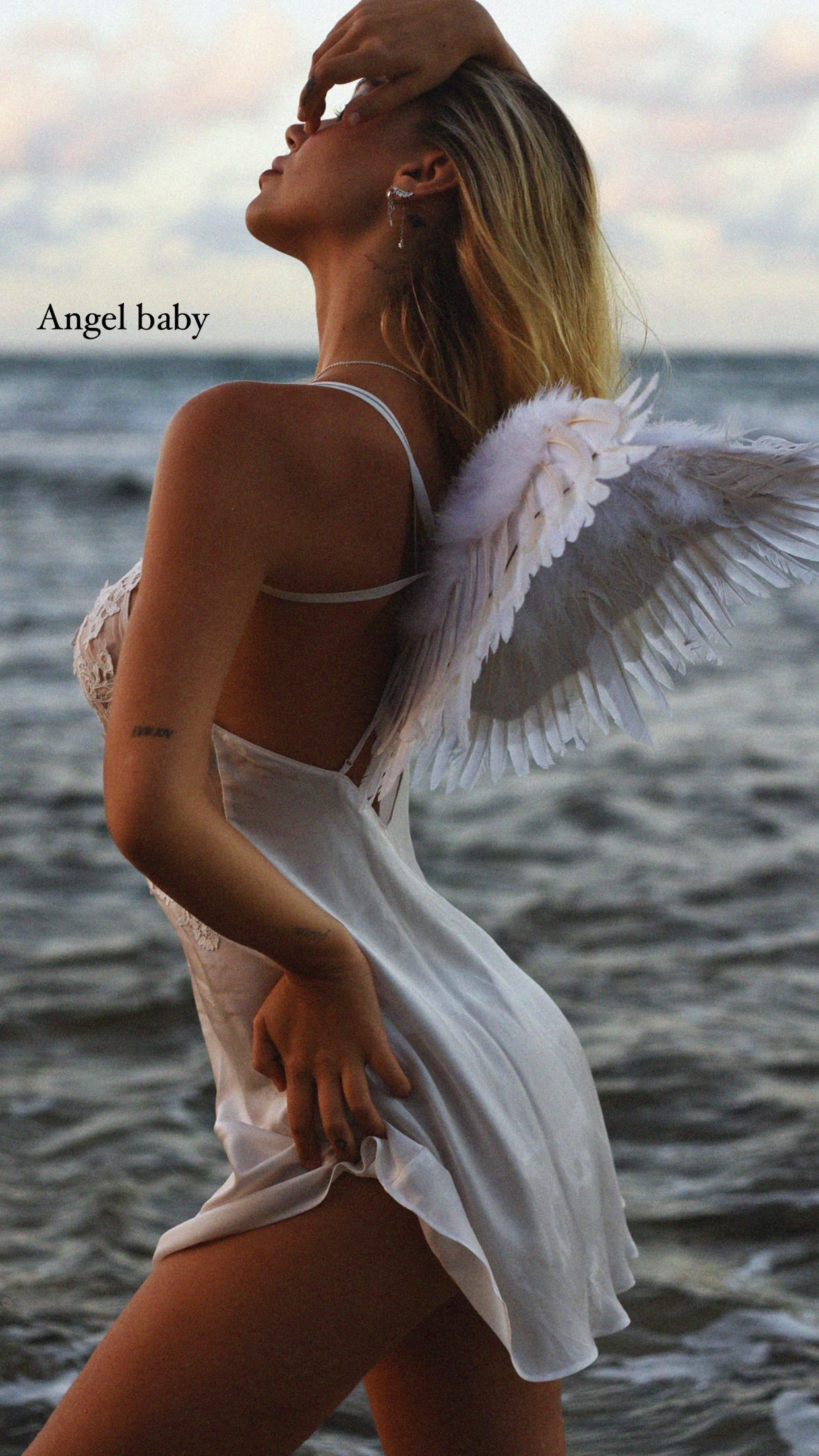 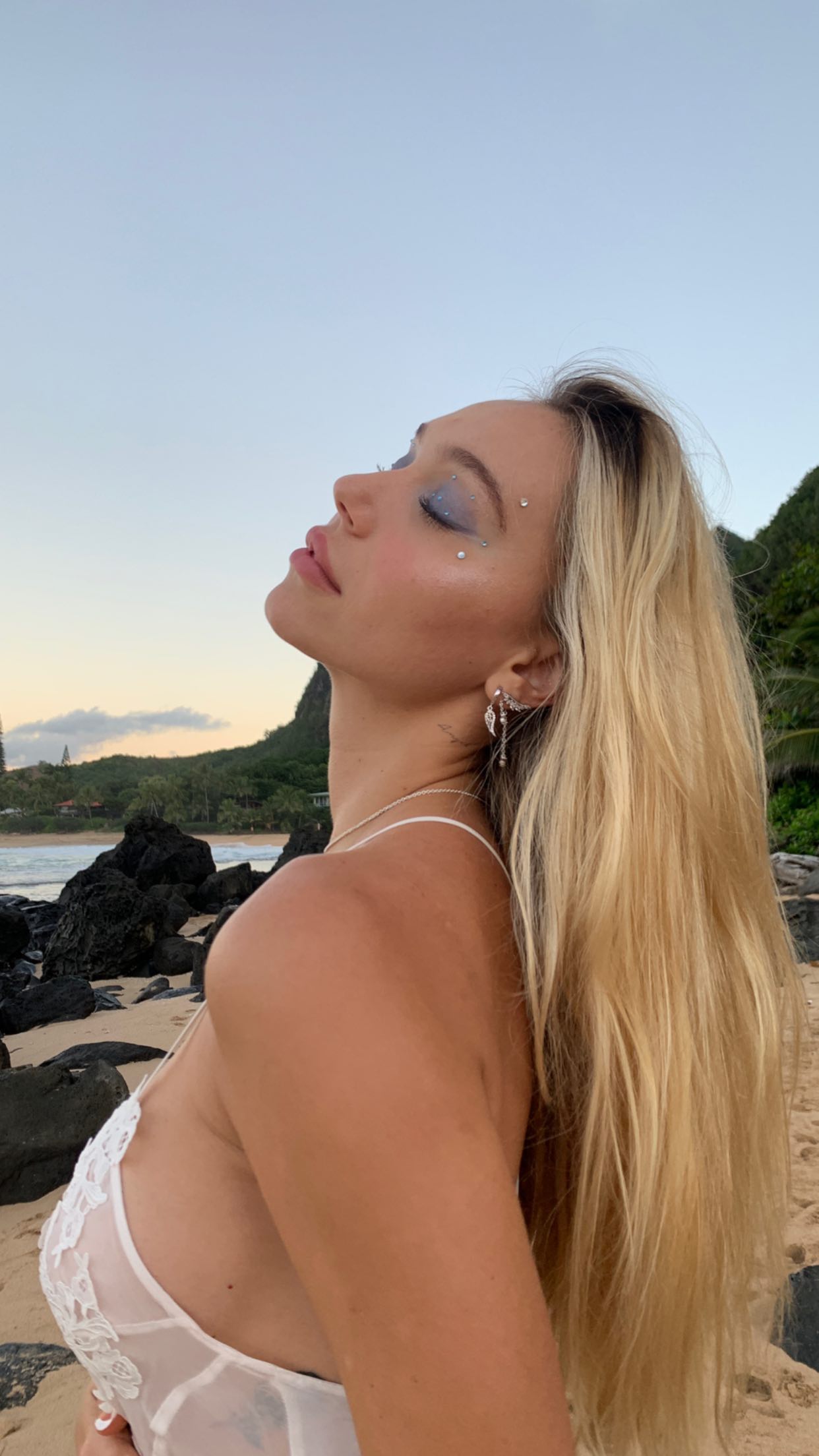 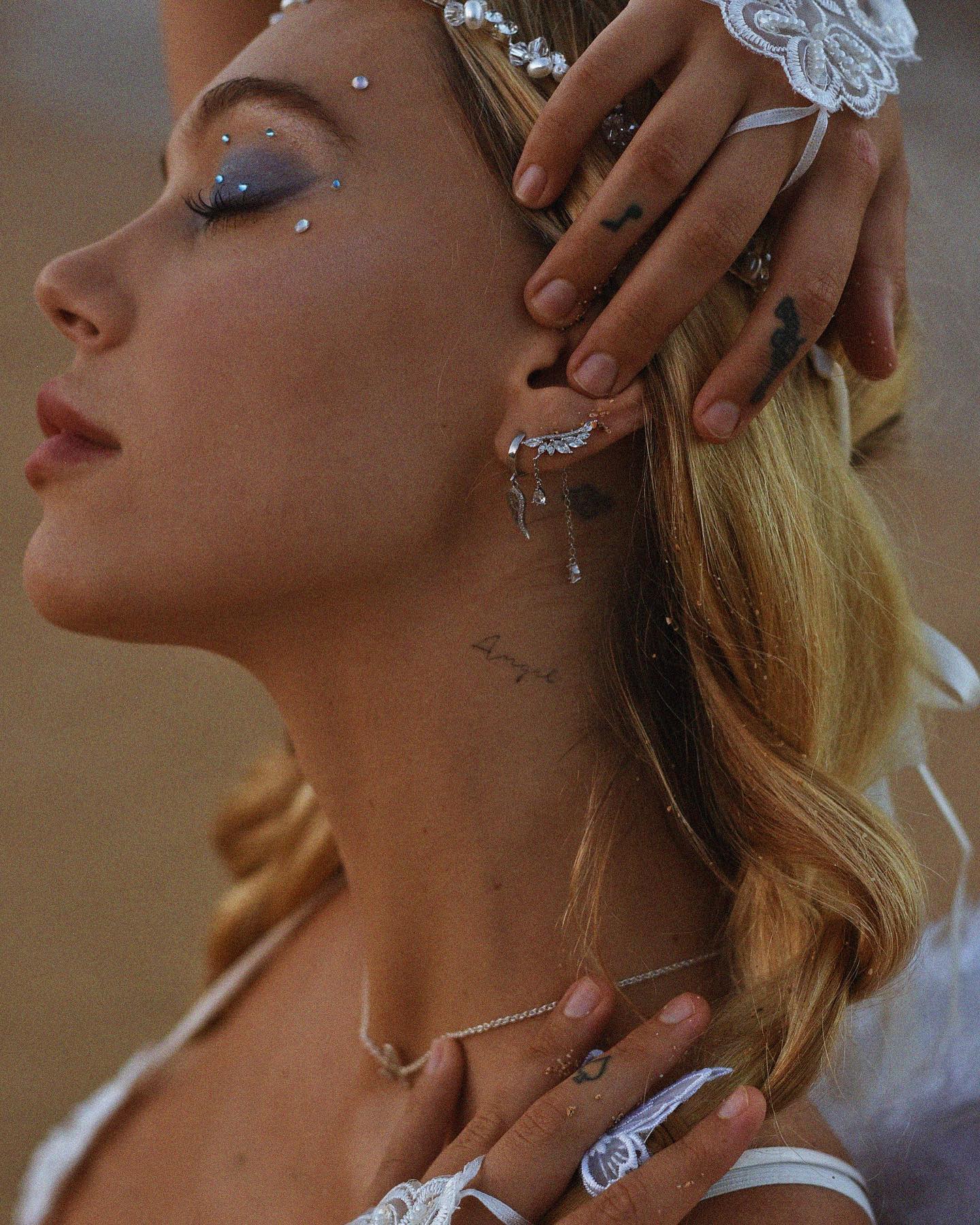 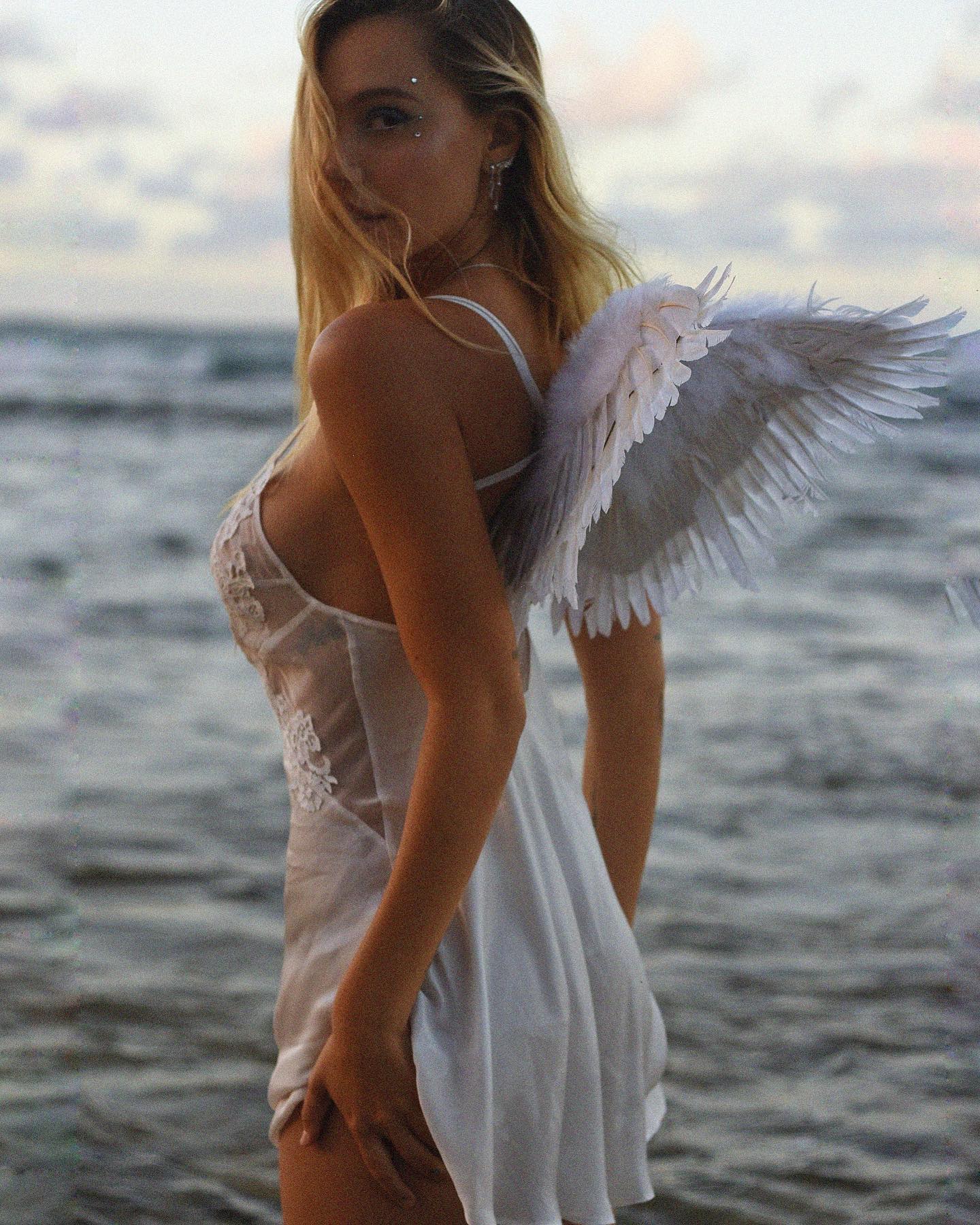 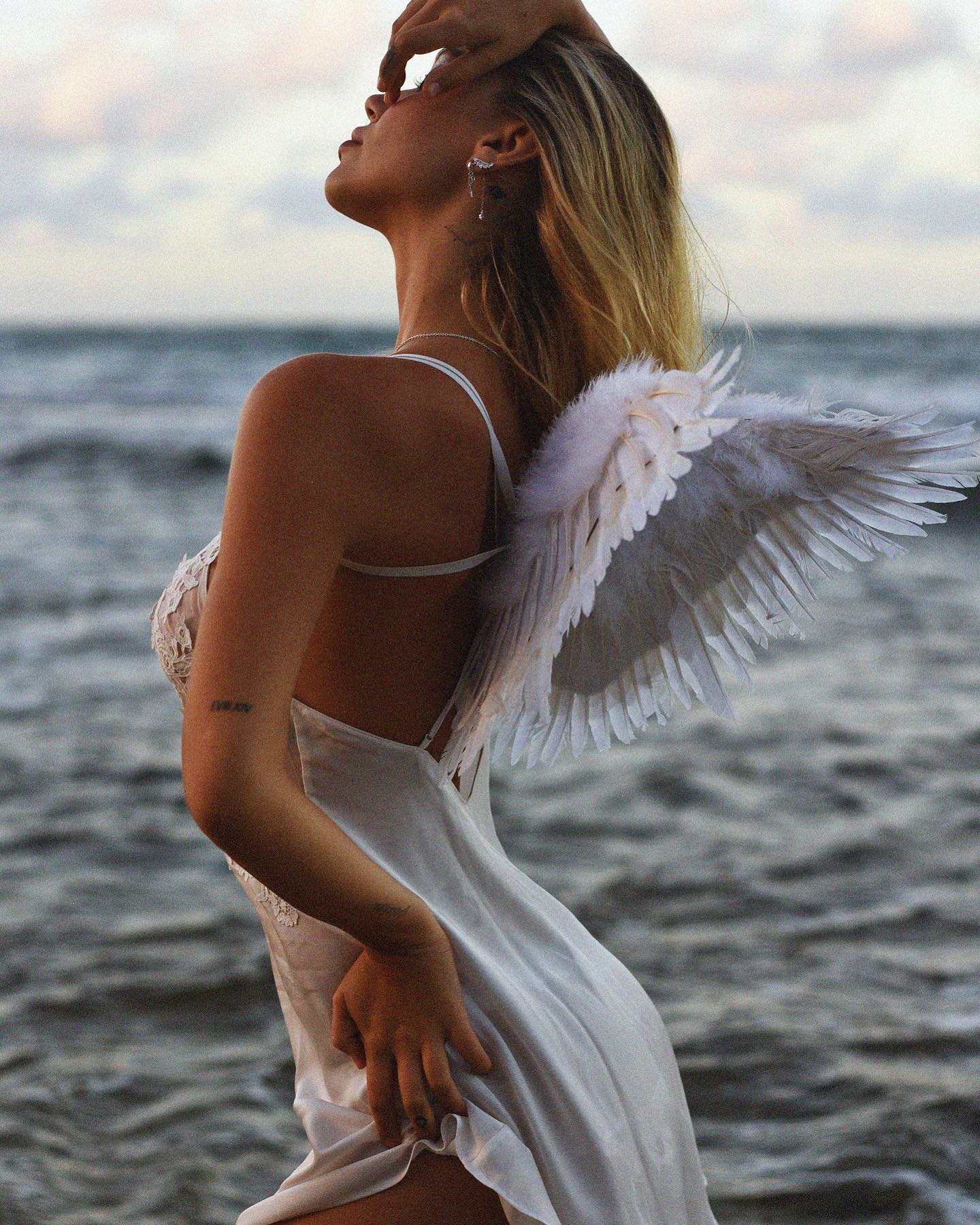 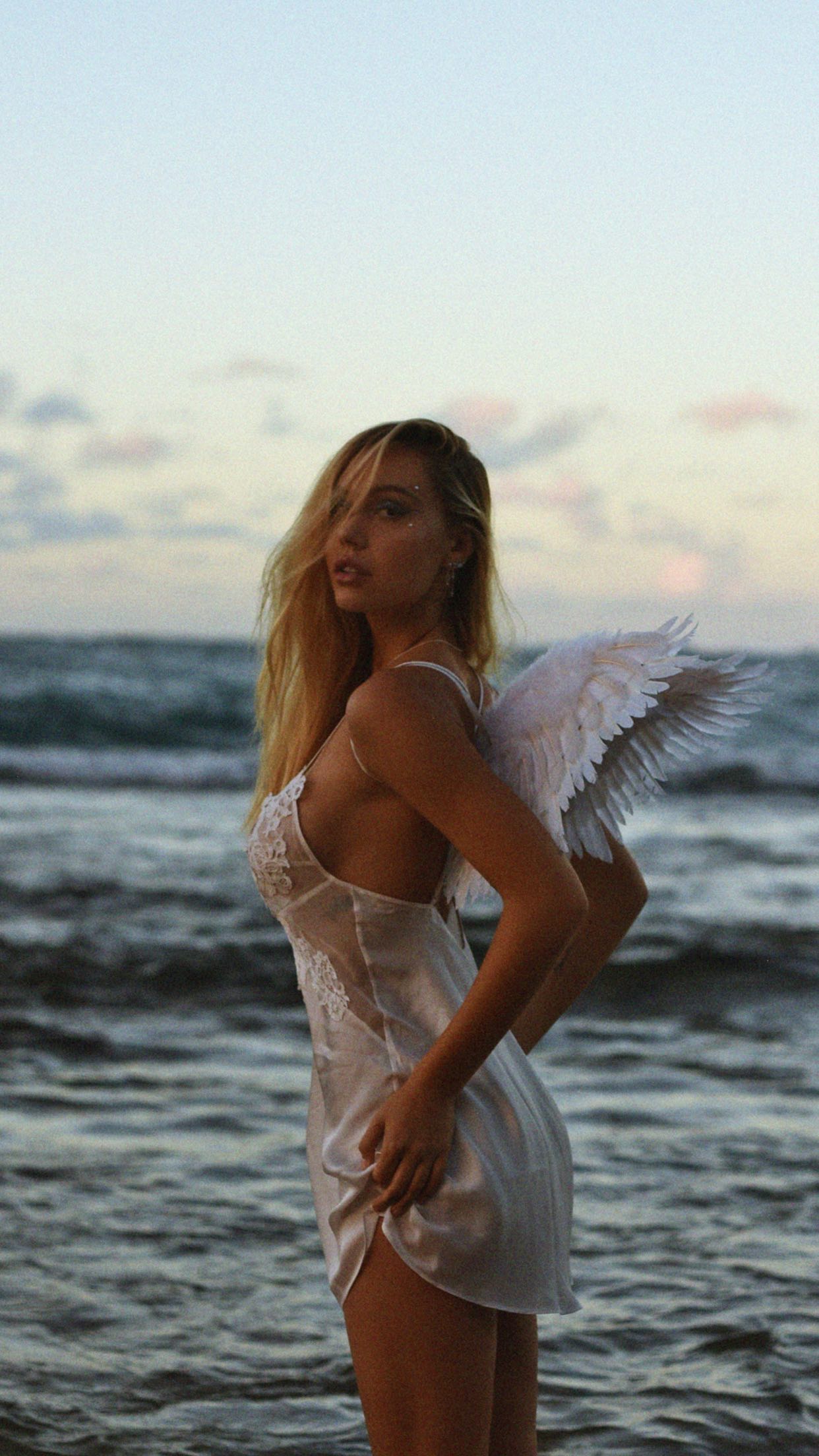 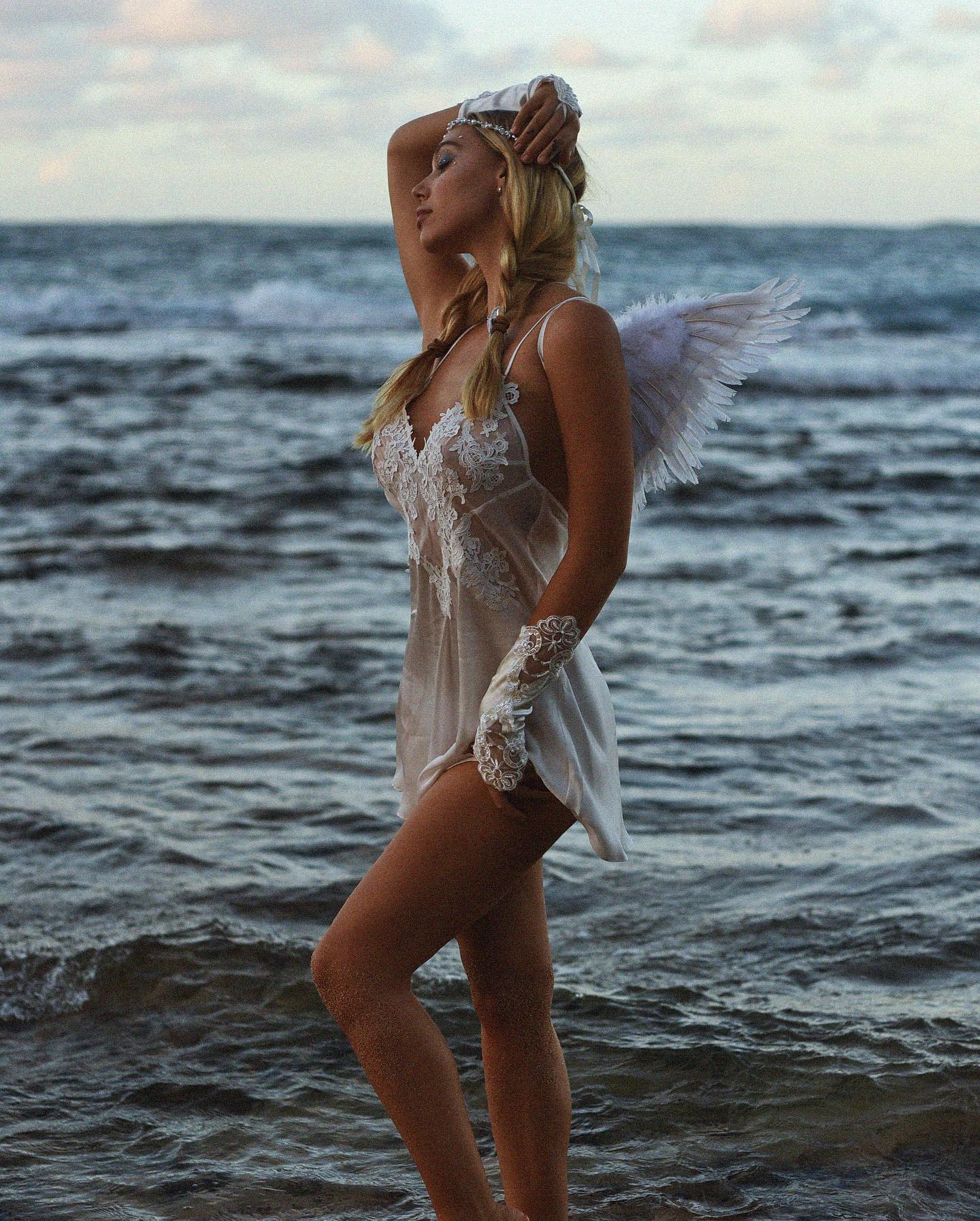 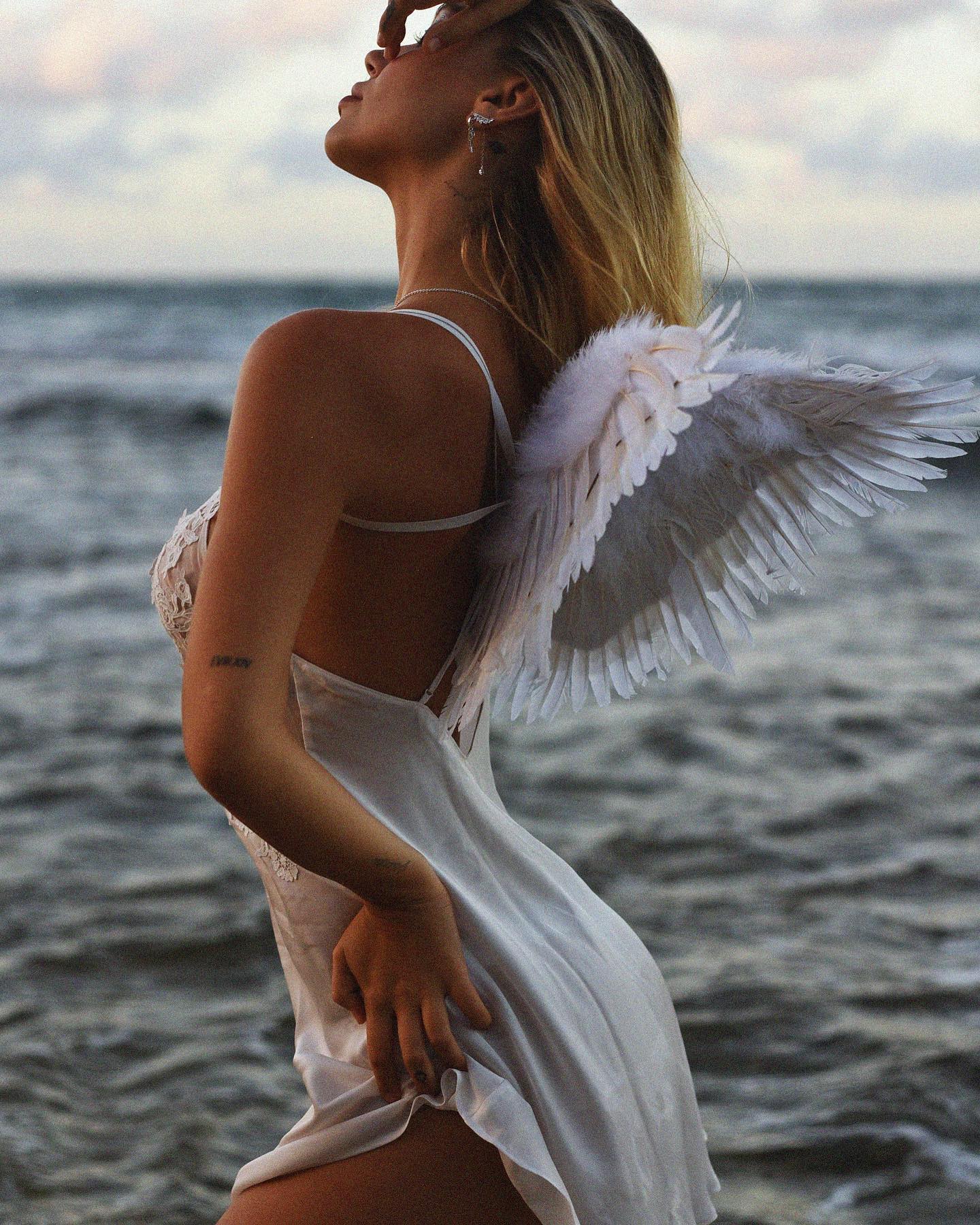 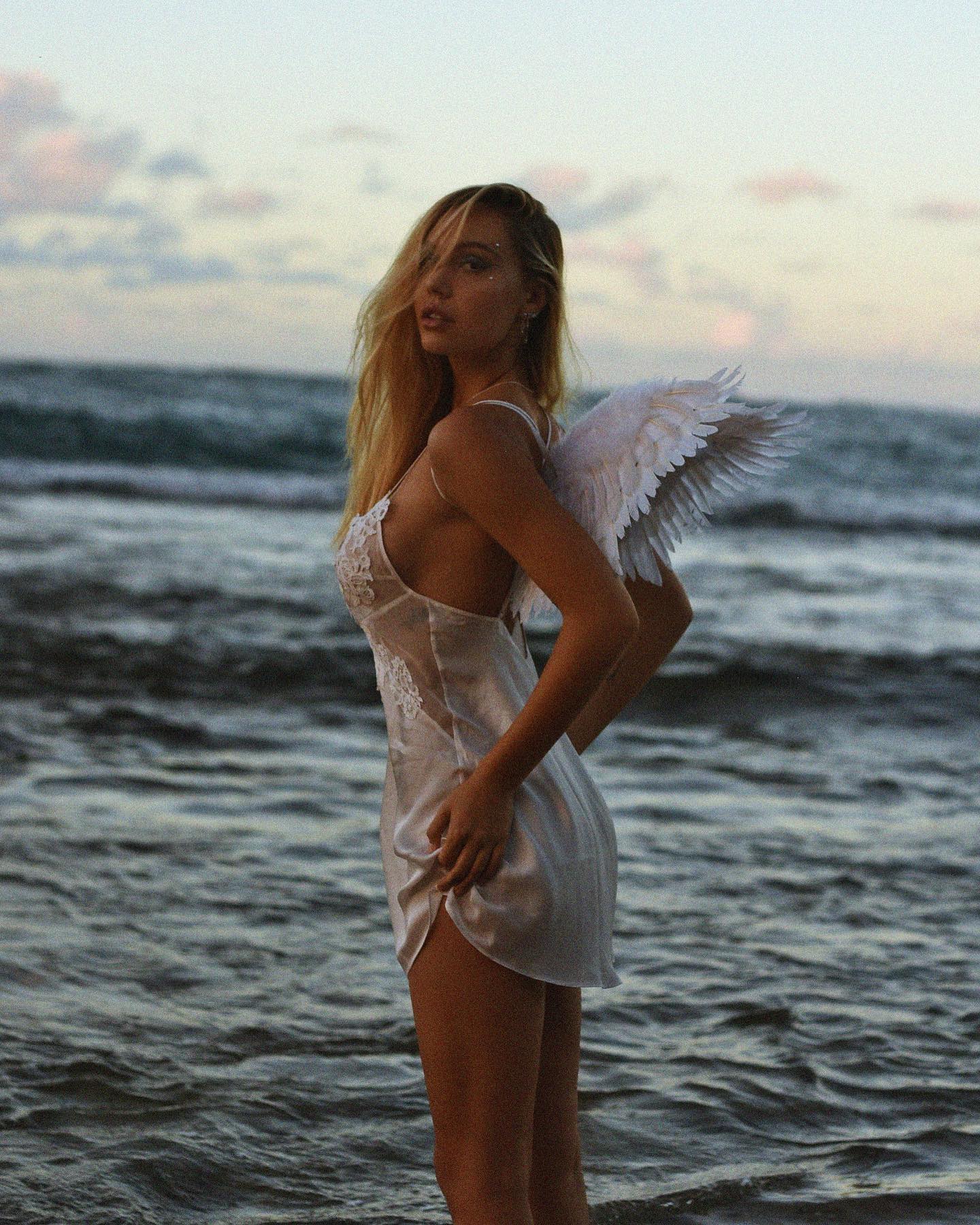 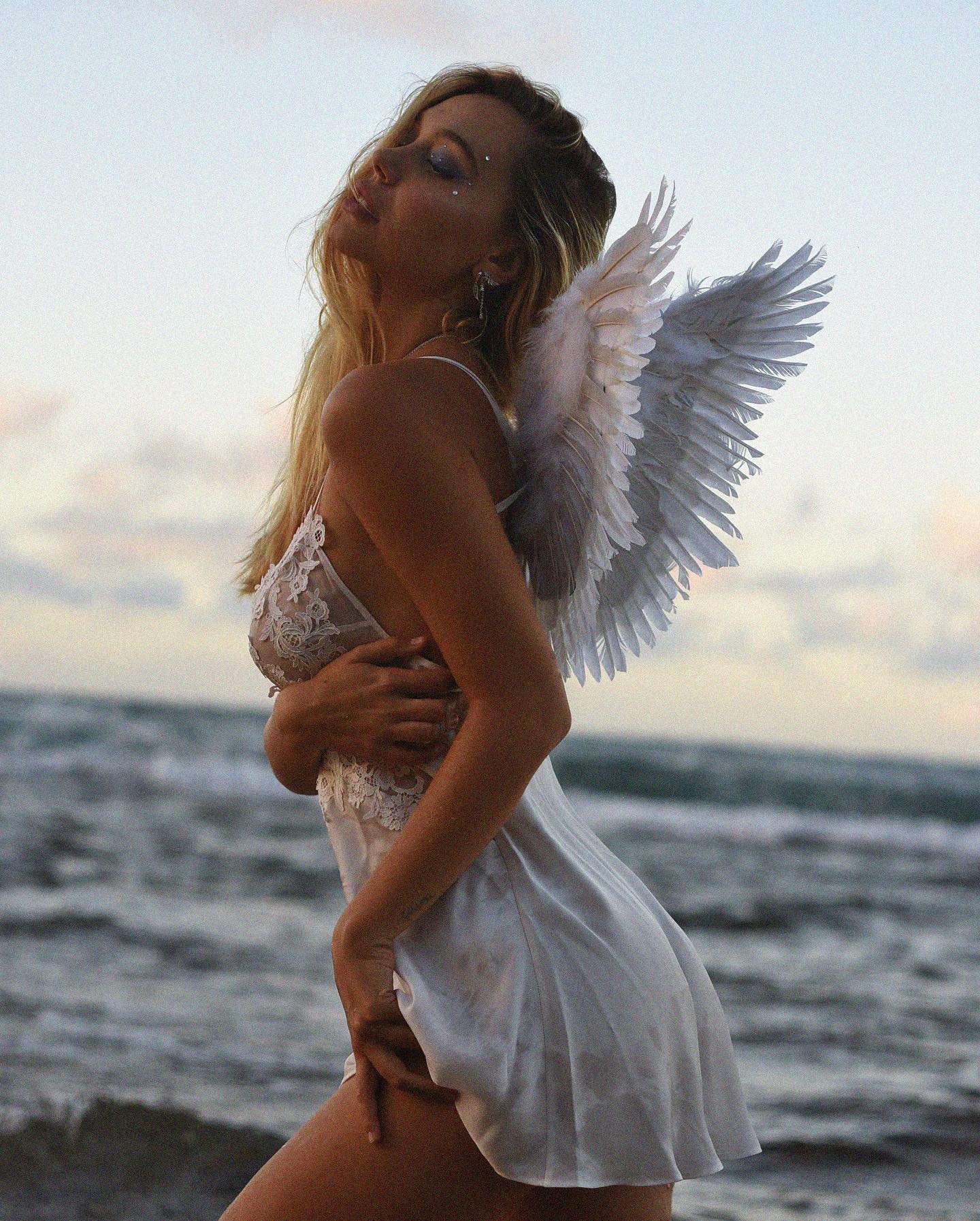 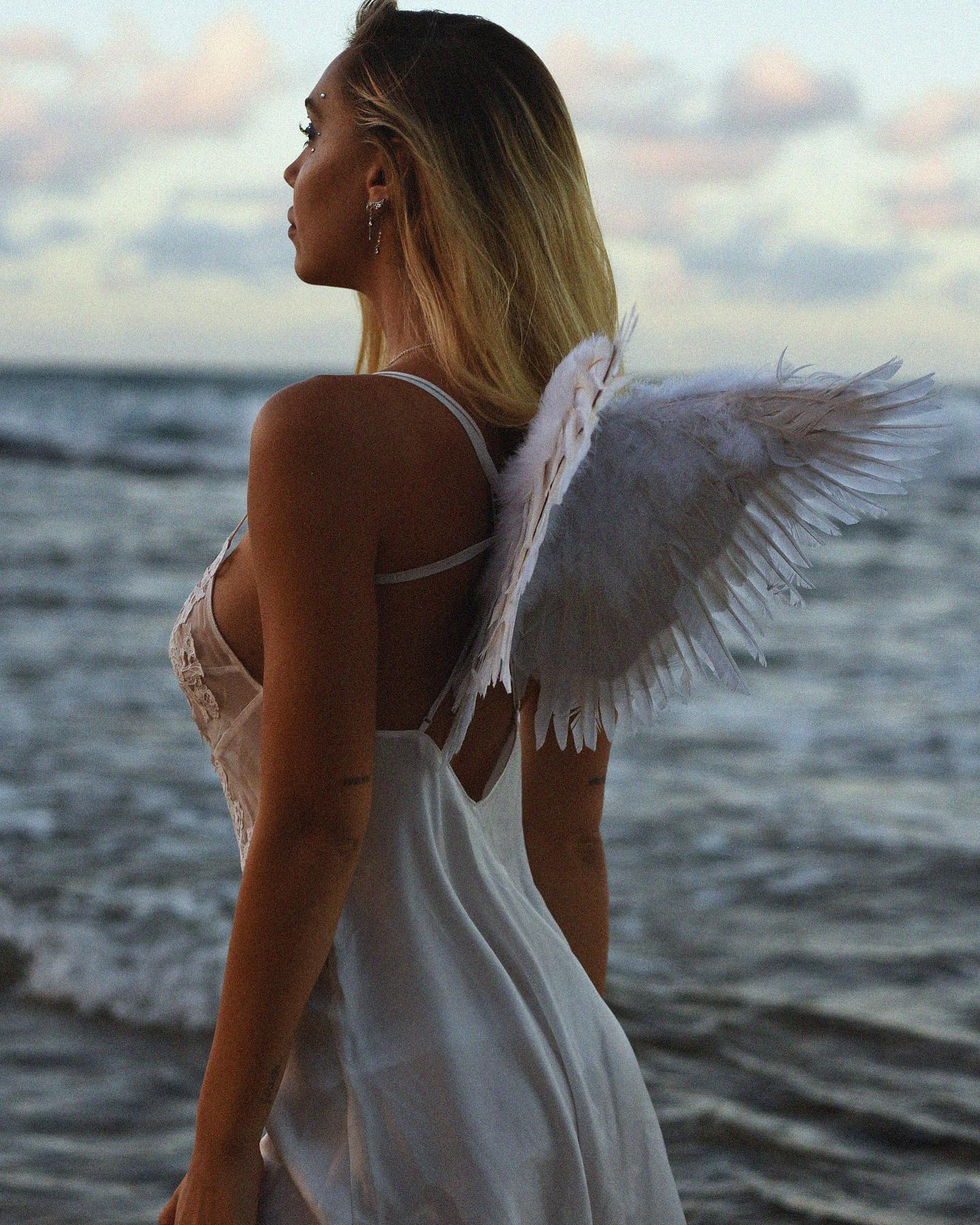 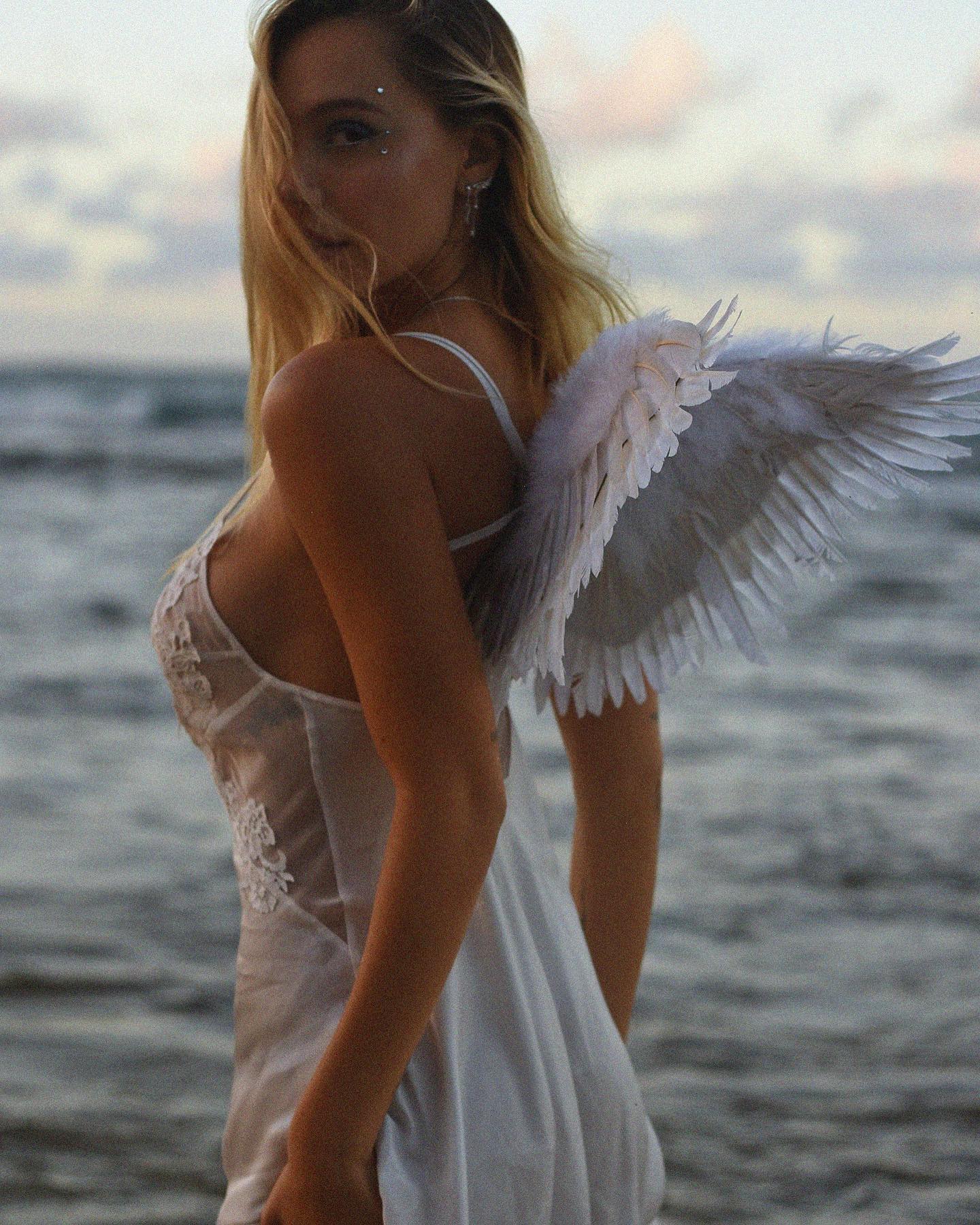