A Hard Lesson to Learn

In one of the picturesque Swiss towns a 16-year-old adventuresome boy found a car with the key in it and made the silly decision to steal it and take it for a spin. After driving for a while he lost control of the car and shot off the road. The car went airborne and literally flew 55 feet (about 17 meters) through the air, landing on top of a garage. While the roof and car were seriously damaged the teen managed to escape the scene with only a few minor scrapes. The local police eventually apprehended him. 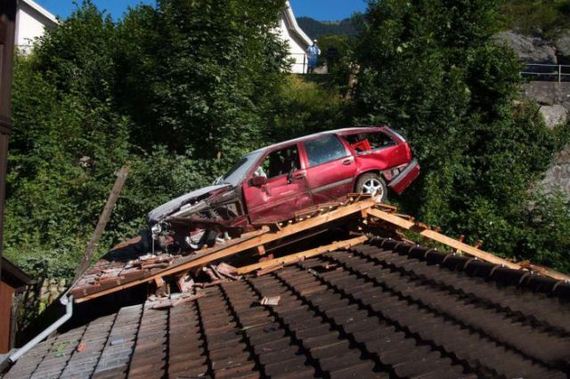 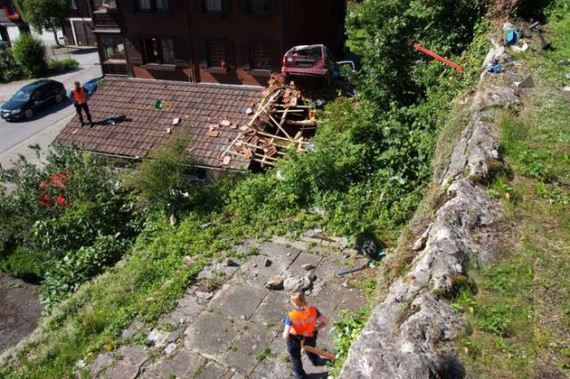 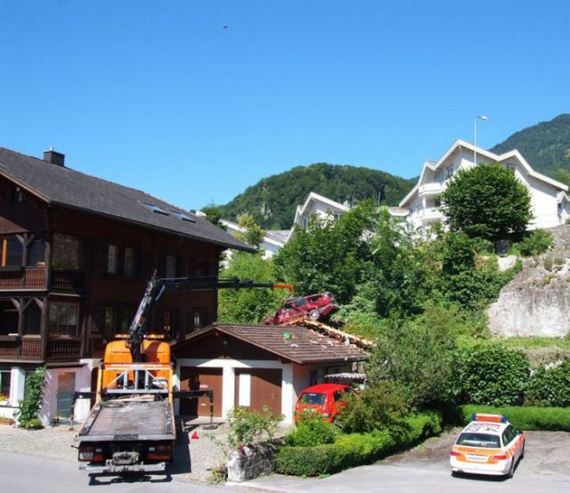 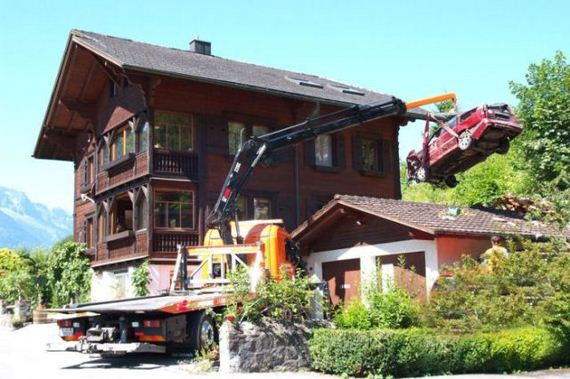