With expert advice on how to make a photo blog just a few strokes of the keyboard away, we are constantly being exposed to new faces. 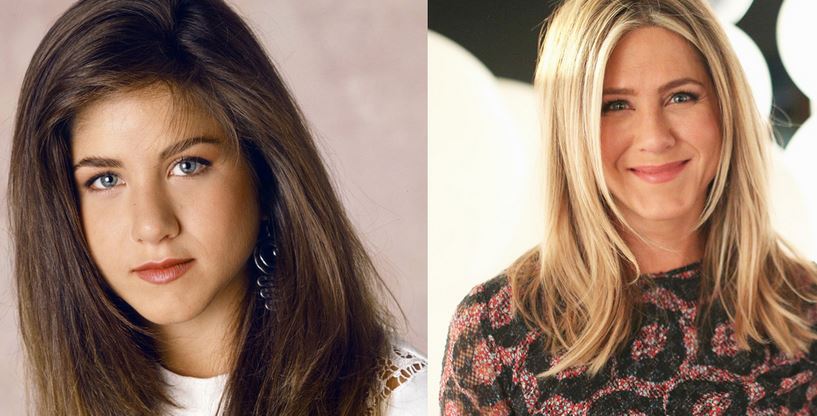 Mickey Rourke has dabbled in acting since the ’70s and has bagged himself a number of leading roles during this time. Mickey’s sultry looks, chiseled face, devilish grin, and mop of dark locks rightfully earned him his status as a sex symbol.

Hailed as the next Marlon Brando once upon a time, the star’s appearance today couldn’t be any further from this. Puffy lips, sunken cheeks, and misaligned eyes are now his defining features. We can’t help but imagine what the star would look like had he been allowed to age gracefully.

His time as a boxer and misplaced trust in reconstructive plastic surgeons have rendered the former heartthrob unrecognizable. While his acting career is slowly but surely being resurrected, the tale of Mickey Rourke remains a cautionary one.

Haley Joel Osment crept his way into our hearts with his impressive portrayal of Cole Sear in M. Night Shyamalan’s The Sixth Sense. Throughout the 90s, he appeared in many famous films, and his name became a household one.

While Haley Joel Osment’s almost unrecognizable appearance is largely due to the natural aging process, the way he looks today is not what we expected. The former star has filled out considerably, has an impressive beard, and his hair is now a shaggy & mousy brown.

You may do a double-take when you see what these notorious twins look like today. The Olsen twins captured our hearts when they shared the role of Full House’s adorable Michelle Tanner. The world watched the twins grow up on their TV screens.

They blossomed from chubby-cheeked toddlers into fresh-faced blond-haired teens with a preppy sense of style who enjoyed a massive amount of stardom. As the twins began to embark on individual endeavors, their looks began to change.

Mary-Kate’s battle with anorexia, the natural aging process, and rumors of plastic surgery have left the Olsen twins both looking very different. Some wouldn’t even recognize them—especially since both hide themselves behind oversized clothing and sunglasses.

Matt LeBlanc gained worldwide recognition for his decade-long portrayal of Friends’ Joey Tribbiani. His dark hair, dark eyes, cheeky smile, and flirtatious personality made the hearts of women all over the world skip a beat.

Given that the star is now in his early fifties, it’s understandable that his appearance has changed. He may have taken a method acting approach to emulate his character’s love for pizza, and his new rounded physique speaks to this.

No matter which way you look at it: his dad’s bod, smile lines, and salt & pepper hair may make him look completely different but no less attractive. We’d bet money that many people still ask the star how he’s doing these days.

The Canadian queen of pop-punk just makes it onto our list. After winning a radio contest to sing alongside Shania Twain in 1999, fifteen-year-old Avril Lavigne has plummeted into the music world.

At the height of her fame, Avril was known and loved for her heavy black eyeliner, long messy hair, and “sk8er boi” style of dressing. After a break from the spotlight, when she reentered the spotlight in 2016, donning dresses, sleek new ‘do, and a completely different style of make-up fans were shocked at her new appearance.

In fact, fans were so shocked that a conspiracy theory that Avril had passed away and a body double was posing as she began surfacing. What is undoubtedly a classic case of a young girl maturing, while coping with a divorce and battling Lyme disease has been turned into something that it’s not.

Internet conspiracy theorists, why’d you have to go and make things so complicated?

And there you have it, our roundup of 90s stars who look completely different today. While some of these celebs’ new appearances are a testament to the natural aging process, others should make people reconsider their approach to aging.

Which of these 90s stars looks the most different today? Vote in the comments section below!