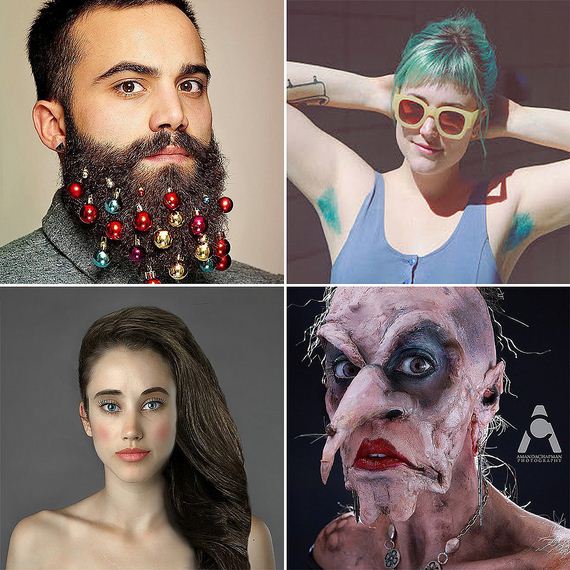 Prepare your perfectly manicured brows to be raised, because the massive beauty moments of this year certainly surprised us. We’ve compiled every viral story or piece of news that came our way in 2014, and the result is nothing short of shocking. Over the past 12 months, we’ve seen everything from dyed armpit hair and beard ornaments to wild makeup transformations and dolls with cellulite. Read on to take a look at the wildest news of 2014. 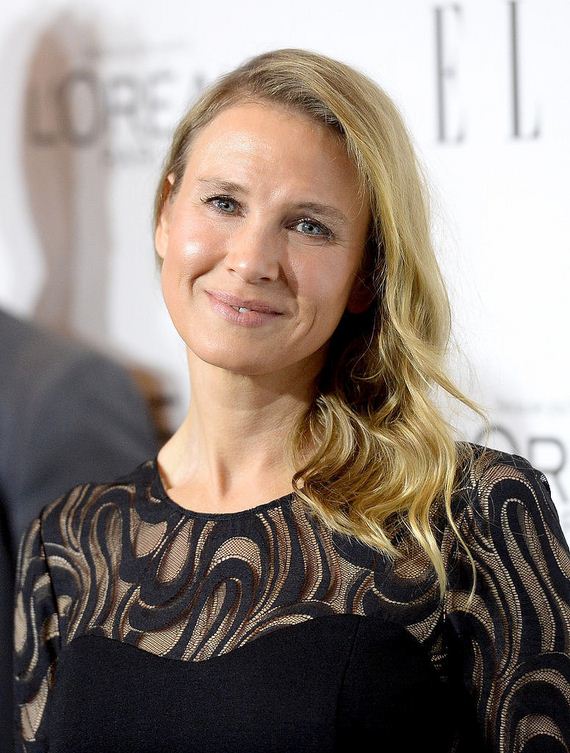 When Renée Zellweger attended the Elle Women in Hollywood Awards earlier this year, everyone couldn’t help but notice that she looked quite different. The actress told People that her change in appearance can be attributed to her positive new outlook on life. “I’m glad folks think I look different!” she said. “I’m living a different, happy, more fulfilling life, and I’m thrilled that perhaps it shows.” 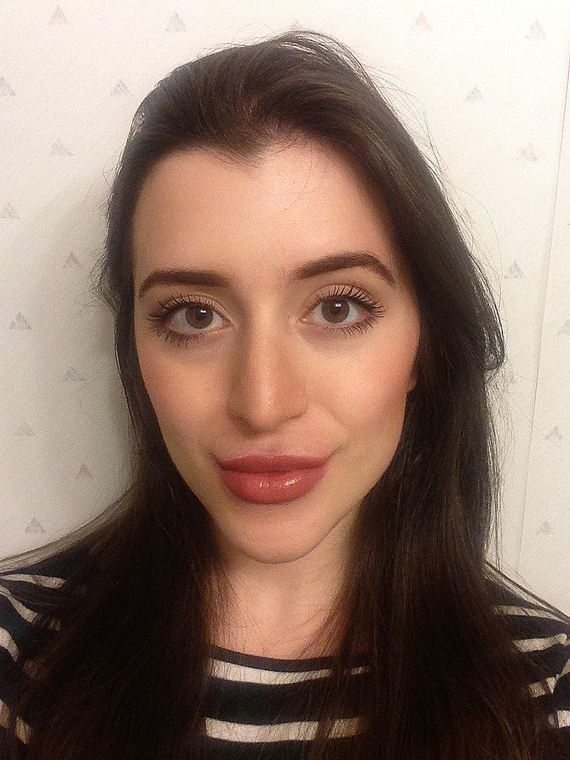 When Kylie Jenner’s Lips Took Over the Internet

Kylie Jenner’s plump pout has our editorial assistant Emily Orofino wondering about the celeb’s secrets: how does she get her lips to look so full? As it turns out, she could very well be using CandyLipz, a device that creates suction to enhance your pout, and Emily tried it for herself. Her results had us totally captivated, and beauty fanatics had a lot to say about it as well. 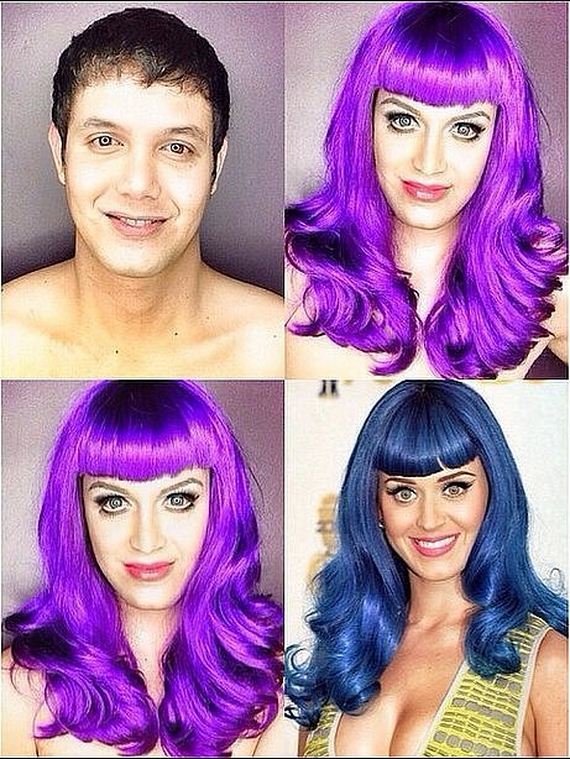 When This Guy Transformed Himself Into Katy Perry

Originally known as the host of Filipino TV series Eat Bulaga!, Paolo Ballesteros got tons of attention this year for his phenomenal makeup skills. The actor has been transforming himself into all kinds of celebrities and sharing the eye-popping results on his Instagram account. 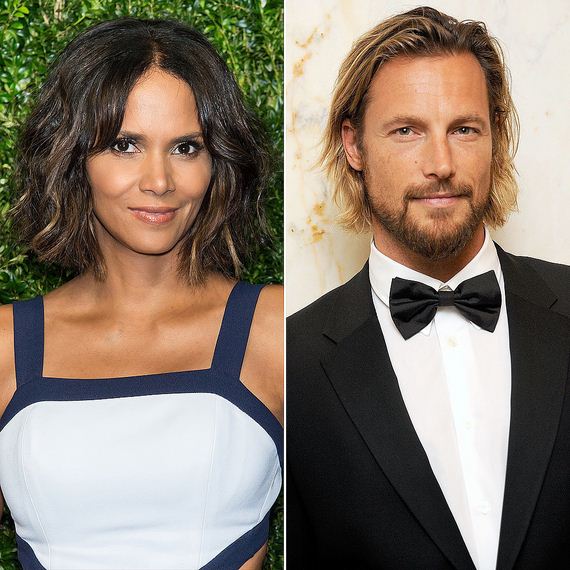 When Halle Berry Went to Court Over Nahla’s Hair

In November, Halle Berry and Gabriel Aubry went to court over their daughter’s hair. The 6-year-old had her hair straightened and highlighted while in her father’s custody, and Halle asserts that this was Gabriel’s attempt to make Nahla appear less black. The judge ruled that neither parent can change Nahla’s natural hair texture or color; she can make her own decision on how she wants to wear her hair a few years down the road. 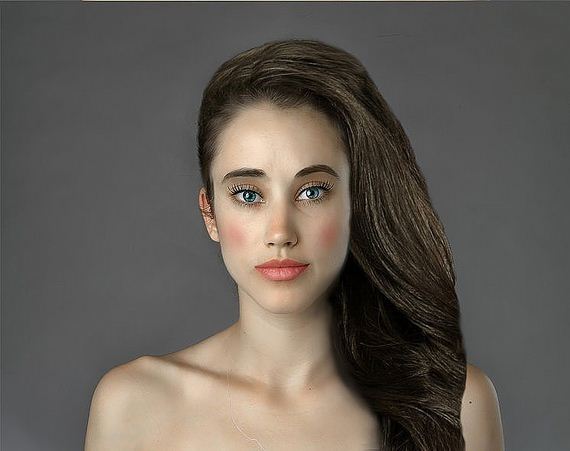 When Photoshop Showed Us 25 Versions of Global Beauty

Radio journalist Esther Honig worked on a photo project called Before & After, in which she examined how beauty standards vary by country. She sent a photo of herself to different global graphic artists, who photoshopped her hair and makeup look to reflect their own cultural takes on hair and makeup. The results are totally fascinating. 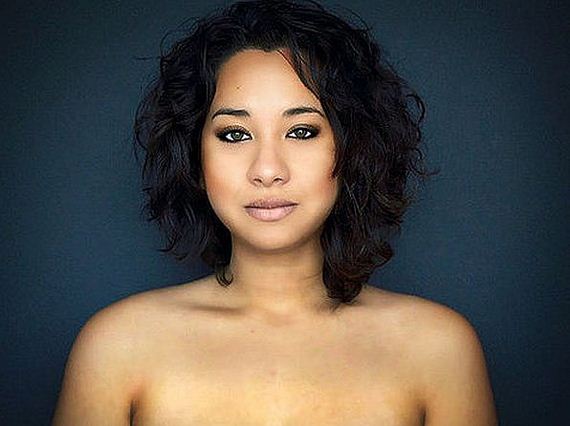 When a Biracial Woman Did a Similar Experiment

After Honig’s photos went viral, journalist Priscilla Yuki Wilson got designers in 18 countries plus one in the European Union to photoshop her biracial face according to that country’s beauty standards. Priscilla is half Japanese and half black, so she wanted to add a discussion of race and identity to Honig’s project. (Also, check out the latest Photoshop experiment, by a plus-size woman.) 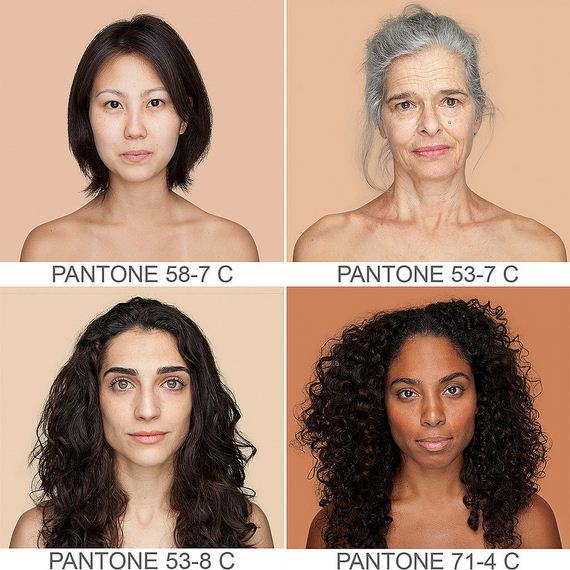 When we discovered Angélica Dass’s Humanae project, we were captivated by how beautiful the range of human skin color is in Brazilian artist’s photos. She used the Pantone color system to take a series of portraits in which women and men of all ages were placed in front of a background that was dyed to match their exact complexion. 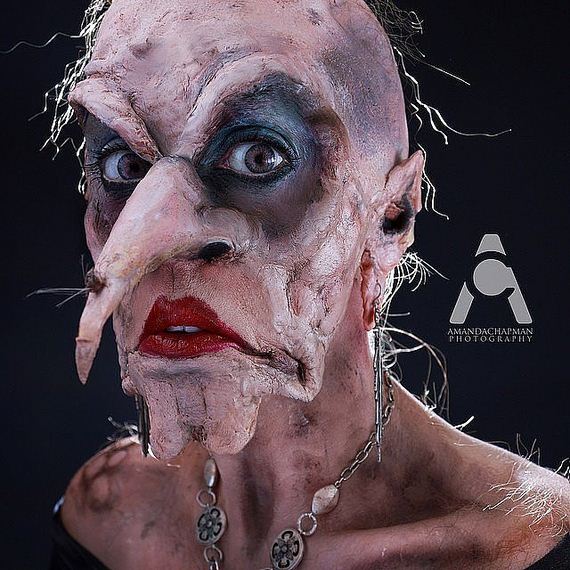 When 1 Woman Did Her Halloween Makeup 31 Ways

In October, makeup artist and photographer Amanda Chapman created the series “31 Days of Halloween.” The talented woman completely altered her appearance every day of the month, and the results had us checking her Instagram feed every single day. Have you seen transformations so drastic? 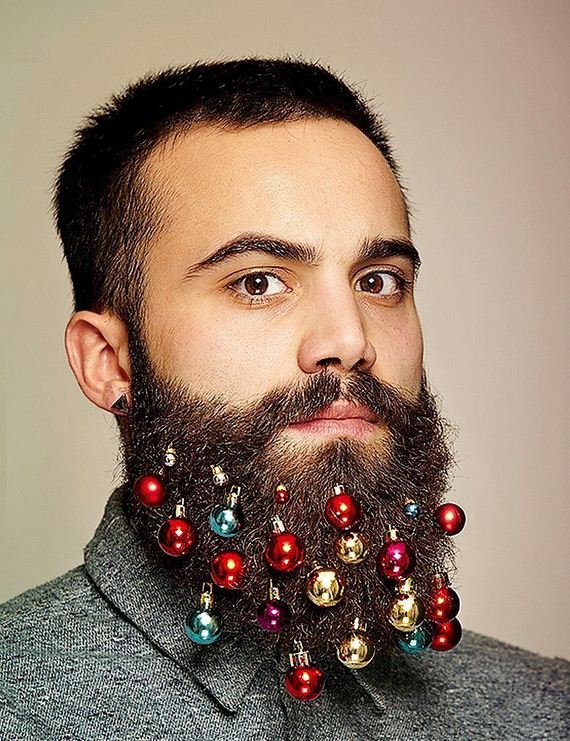 When Beard Ornaments Became a Thing

No, this isn’t a joke. Grey London employees Mike Kennedy and Pauline Ashford formulated the idea of Beard Baubles when they were given the task of creating the company holiday card concept. The plastic ornaments started as a joke, but they quickly became so popular that the company can hardly keep up with the demand. The plastic baubles are attached to facial hair with bobby pins, so they’re pretty easy to place. Do you know a man who would adorn his beard? 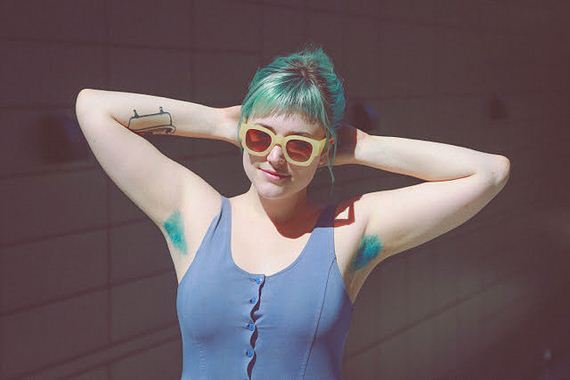 When People Started Dyeing Their Armpits

One of the biggest beauty trends to take over the Internet this year was dyeing your armpit hair bright colors. Tutorials on how to dye your underarms yourself are all over the web as a result of real women celebrating their pit hair. We are in total support the adventurous look — what do you think? 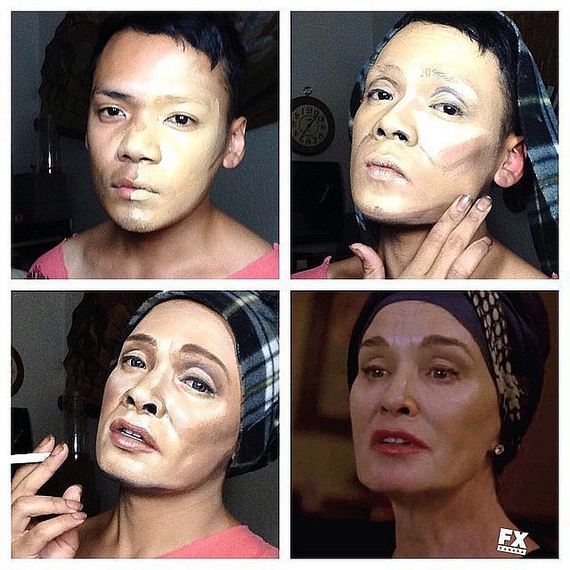 We had to do a double take when makeup artist Jan Bonito transformed himself into popular American Horror Story characters, both male and female. His incredible artistry was displayed on Instagram, with one of our favorite metamorphoses being Jessica Lange as Elsa Mars. 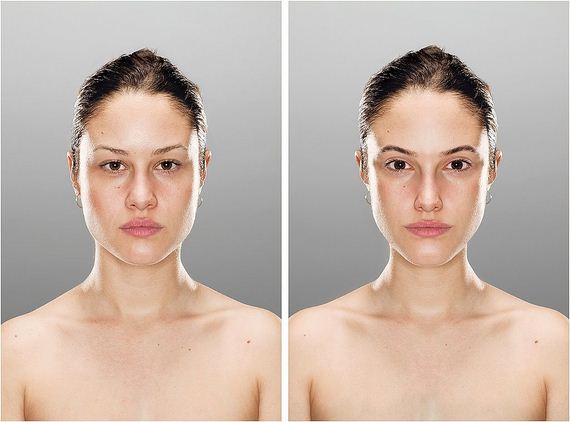 When People Chose Their Ideal Face

Photographer Scott Chasserot created the Original/Ideal Project to reveal how people really want to look. He had subjects look at different images of themselves while measuring their reactions with a brain scanner. He found the final image that each person preferred and compared them to what each individual actually looks like. Some changes are subtle while others are quite drastic. 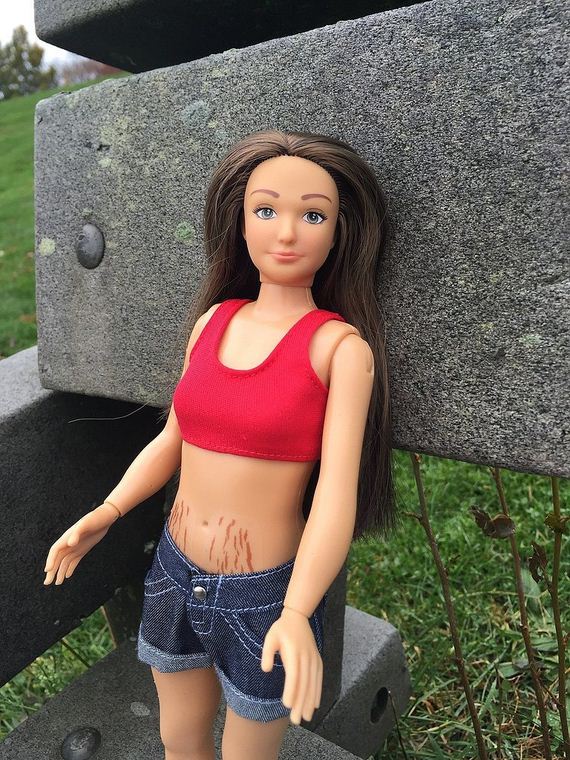 When We Met the Lammily Doll

Toy maker Nickolay Lamm wanted to prove that reality is actually very cool, so he created the Lammily doll. This “normal” version of Barbie promotes realistic beauty standards because she is made according to the typical body proportions of a 19-year-old girl. She even comes complete with an extended sticker pack that includes stretch marks, cellulite, and acne that you can place on the doll. 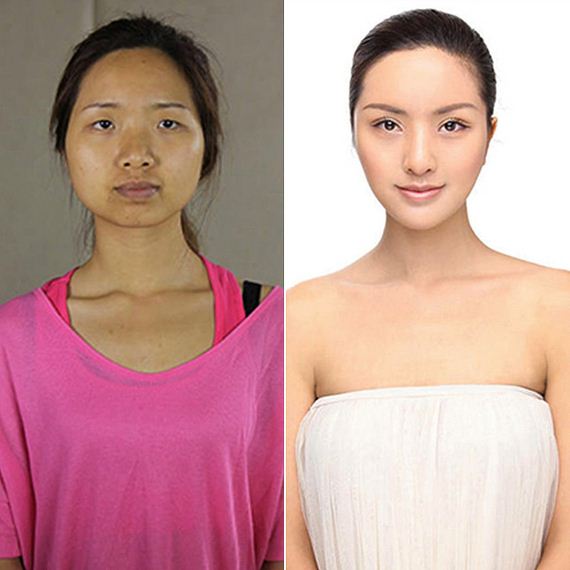 When Plastic Surgery Made These Women Unrecognizable

Little did we know South Korea is one of the leading locations for plastic surgery procedures; 20 percent of Seoul women ages 19 to 49 have gone under the knife. Sometimes the transformations of Chinese women crossing the borders for these procedures are so drastic that they are unrecognizable when they try to get back home. Now women have to carry special plastic surgery certificates listing their passport number, the hospital attended, and the length of their stay to pass through so that all of this confusion can come to an end. 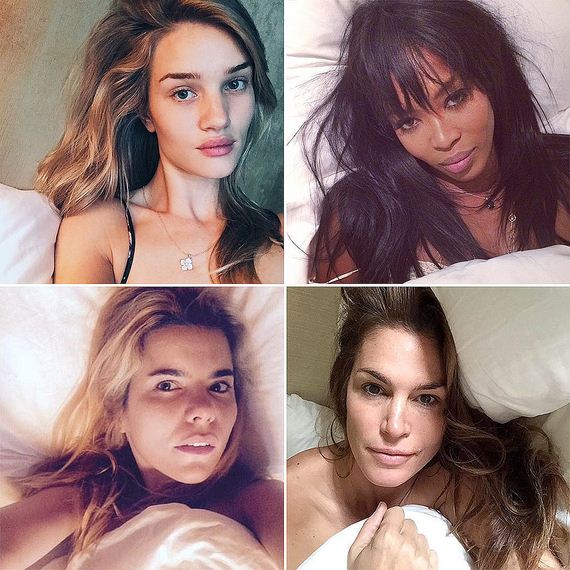 When We Got a #WakeUpCall

Some of the biggest A-list beauties in the game got involved with the “Wake Up Call” challenge this year, an initiative created by UNICEF. The organization is raising awareness and money for children in Syria. Women like Cindy Crawford, Naomi Campbell, and Cat Deeley are posting makeup-free selfies on Instagram and Twitter then nominating other stars to do the same, similar to the ALS Ice Bucket Challenge. 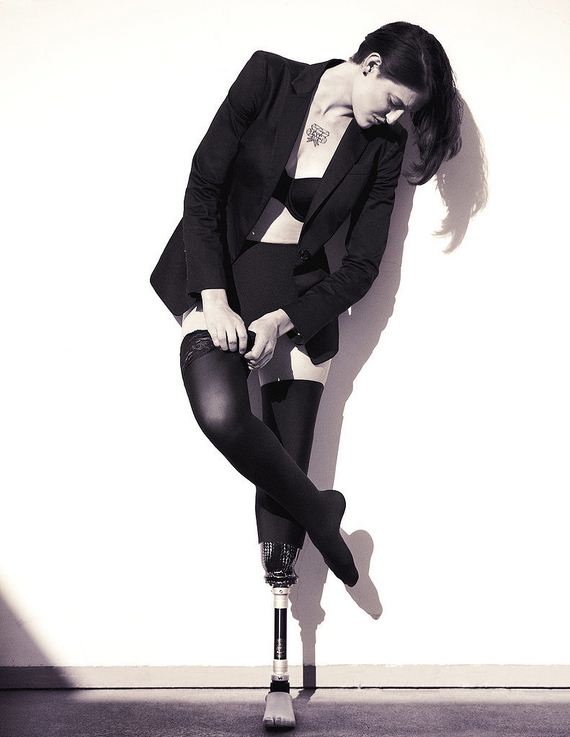 When a Disabled Model Inspired a Movement

Model Wendy Crawford became a quadriplegic by way of a drunk driver at 19 years old, and her life totally transformed. She lost all of her bookings and much of her freedom, and people started to look at her in a much different way. Crawford, her colleagues, and a team of photographers created an exhibit of powerful portraits of 20 disabled women — including themselves — paired with their biographies. Then they collaborated with mobileWOMEN.org and The Christopher and Dana Reeve Foundation to bring these images to ACA Galleries in New York City. They’ve already raised more than $45,000, and the project has brought awareness to disabled women, a particularly underserved section of the disabled community. 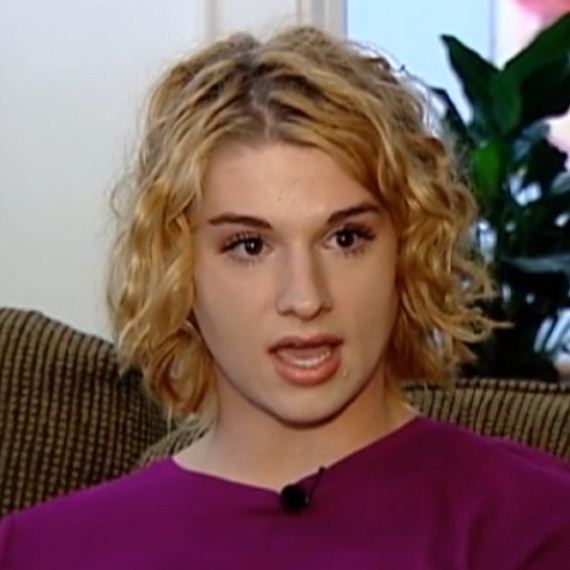 When the DMV Denied This Boy Makeup

When Chase Culpepper went to take his driver’s license photo, he was asked to remove his makeup. However, the transgender boy regularly wears cosmetics and female-associated clothing as a part of his daily life. CNN stated that Culpepper’s mother filed a lawsuit against the South Carolina Department of Motor Vehicles as a result of this incident. The DMV policy states that “at no time will an applicant be photographed when it appears that he or she is purposely altering his or her appearance so that the photo would misrepresent his or her identity.” But if Culpepper typically wears lip gloss or foundation, isn’t his lack of makeup the real misrepresentation? Take our poll so we know your take on the situation. 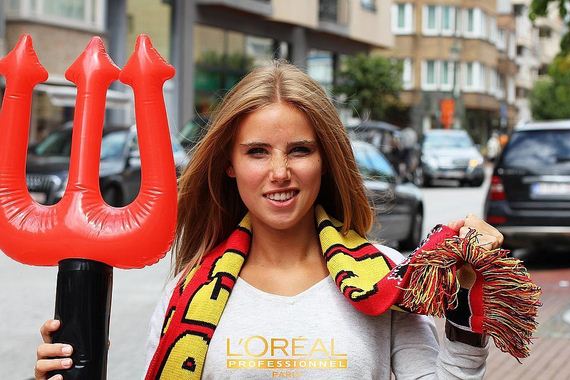 Axelle Despiegelaere made headlines around the world as a Belgian soccer fan. The 17-year-old girl was offered a modeling contract with L’Oréal after a photograph of her cheering at the World Cup went viral. Shortly afterward, a Facebook photo of Axelle posing with a dead antelope that she apparently hunted in Africa spread around the Internet; L’Oréal later chose not to complete her modeling contract. 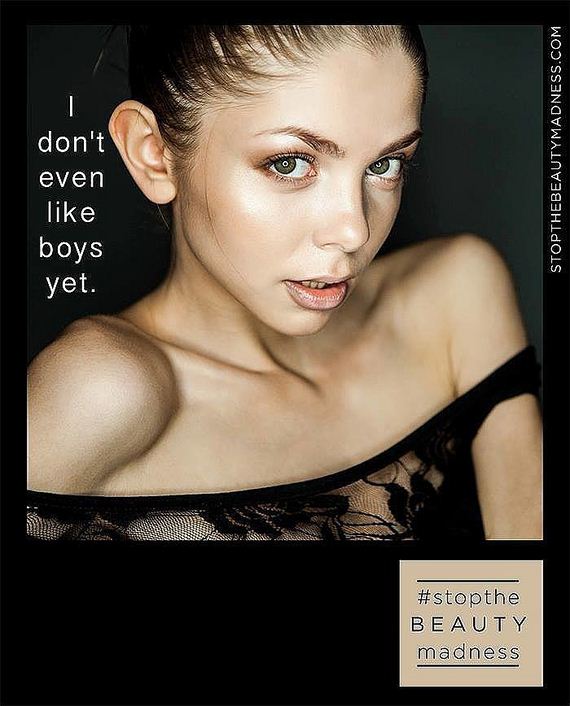 When We Pleaded to Stop the Beauty Madness

In recent years, the unrealistic ideals of beauty have stepped out of the spotlight, and real, average women are stepping forward. Women are embracing themselves rather than the so-called ideal of beauty. A new campaign called Stop the Beauty Madness is encouraging that kind of self-love. The photos in the Stop the Beauty Madness campaign are calling out the problems women face with beauty so that they can be proud of their real selves. 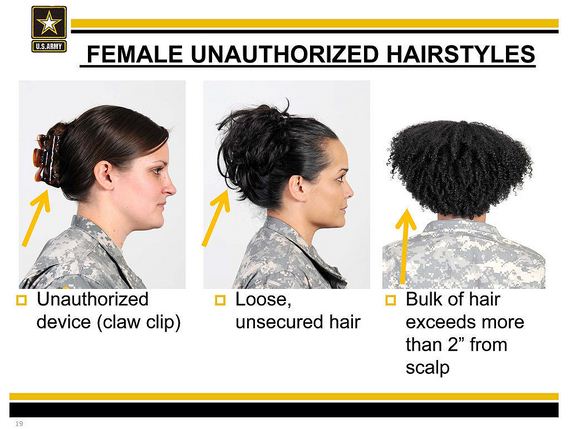 When the Armed Forces Told Women How to Do Their Hair

The Armed Forces released updated guidelines for how female soldiers can style their hair for both safety and professional purposes. Army Regulation 670-1 lists the dos and don’ts of hairdressing for both men and women, but some of the rules have been called into question as “racially biased.” There has even been a White House petition against the regulation. Soon after the regulations were released, Defense Secretary Chuck Hagel announced that the Pentagon will review these controversial hair regulations in order to eliminate any discrimination based on race or hair type. 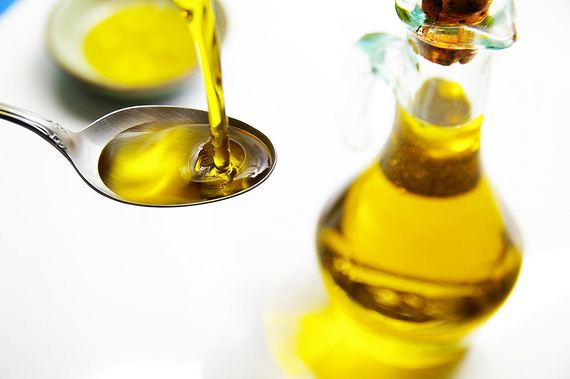 When We Learned About Oil Pulling

Chances are you heard about oil pulling this year. It’s the act of swishing oil around your mouth and is said to do everything from whitening teeth to curing eczema. One study even suggests that it can pull germs and bacteria for your gums. Check out our breakdown of oil pulling and decide if you want to try it for yourself.